I have been hunting sheep in Alaska for more than 35 years with pack llamas. This Go Hunt article on pack llamas is factual and well written. I can tell you from personal experience that Scott W. is indeed correct about Wild Sheep Foundation (WSF) monkey business. I think what many members of the WSF don't realize is that WSF is a politically motivated organization that uses science only when it serves to promote their interests. This is all about money. The WSF CEO makes $350k per year. The WSF mission is to promote the guiding industry. WSF has legislative authority to auction sheep tags (a public resource) for huge sums of money to wealthy bidders. WSF is allowed to keep a percentage of that money and some of that money is funneled back to the guiding industry. Although the majority of the proceeds from the sale of auction tags in Alaska goes back to the Alaska Department of Fish and Game (ADF&G) for wild sheep research, this process can allow the WSF to exert unusual control over public agency decisions and the allocation of public resources. Although there are some benefits to what the WSF does, there are also many problems. Public agencies want this money. Many hunters are unknowingly supporting an organization that is taking away their opportunities to hunt sheep. WSF is making considerable progress toward eliminating the average man of simple means and turning sheep hunting into a sport for the elite and the wealthy. I must say that the ADF&G has done a pretty good job of not caving in to WSF political pressure with respect to the pack llama disease issue. ADF&G has officially made it clear that there is no merit to WSF promoted rumors of pack llama disease transmission. ADF&G welcomes pack llamas in wild sheep and goat habitat. If you really want to know the truth about WSF monkey business go to www.packllamas.org and read "The Commentary". If you want to know the truth about how the auction tag process works go to: https://www.adfg.alaska.gov/index.cfm?adfg=huntlicense.auction_overview 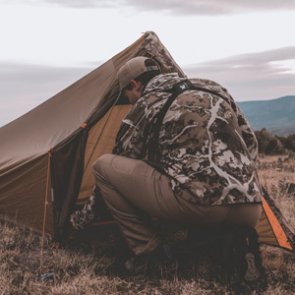