Both the Spokesman and this article cite the wrong paper by Jon Horne. The correct paper is Horne et al, 2019. Unfortunately it's behind a paywall, but the abstract does report the same numbers.

The incorrect article is Horne et al, 2018, which is about statistical modelling and data management.

Scientific articles in peer-reviewed journals are written by people who study their topics for years, then reviewed by people who study those topics for years, to make sure that the information and conclusions presented are justified and well supported. They're experts, compiling years of study from wildlife biologists, toxicologists, and social scientists to produce a document detailing what we know about the causes of lead poisoning in hunters and wildlife.

But you have a keyboard, so I guess you know better.

There are quite a few comments here asking for data used to determine that lead-based ammunition is harmful. A good start might be this peer-reviewed review paper summarizing the issue. It includes references to the research it summarizes, mostly from peer-reviewed literature.

The authors state that lead is especially harmful to developing fetuses and children, as well as harmful to adults who are chronically exposed. Studies have identified increased lead exposure in hunters relative to the general population. They also note the success of phasing out lead shot for waterfowl hunting.

I get the frustration, but stating that lead based ammo is being phased out as an attack on hunters is disingenuous. Some point out that we've used lead for hundreds of years, and it would be wise to point out that lead exposure and poisoning have been issues for hundreds of years. Some have pointed out lead is naturally part of the planet, but it's worth noting that just being "natural", whatever that means, doesn't mean it's not toxic. Just like large corporations can't dump heavy metals into our environment, hunters should be mindful that we're putting a lot of lead into the environment as a group. The few bullets you or I shoot hunting each year, times the number of hunters, amounts to a lot of lead each year.

As hunters, I think we should take the time to understand these issues for the health of the game we hunt, species that aren't game, ourselves, and our children. 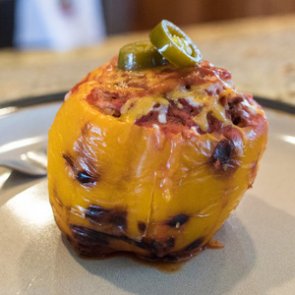