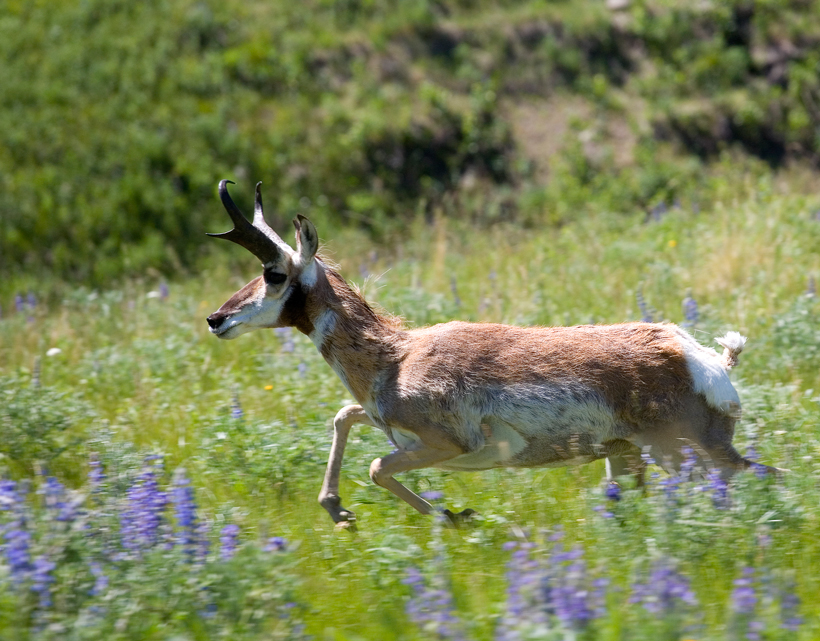 Social media is a popular way to share videos and photos, but for one Wyoming man, sharing a video of him chasing a antelope on an ATV is the catalyst behind his arrest. Last week, Mick Albright, 22, pleaded guilty to two charges in Riverton’s Ninth District Court: harassing/pursuing antelope from a motor vehicle and littering.

The incident occurred last March when Albright and a group of his friends came upon a small herd of antelope while out on two ATVs on Bureau of Reclamation and Wind River Reservation lands in the Madden Draw area north of the Riverton airport near the Paradise Valley Road. Albright, who was carrying three passengers, decided to pursue two doe antelope. They pursued the animals along a two track road before turning into the sagebrush and forcing the animals on a high-speed cross-country chase. One of the passengers took a video of the chase and posted it to his Facebook page.

According to Wyoming Game and Fish (WGF), concerned citizens contacted the Bureau of Land Management (BLM) and WGF after viewing the Facebook post, reporting the illegal harassment and off road travel violations. These calls prompted WGF Investigator Scott Browning, Riverton Game Warden Brad Gibb, and BLM Ranger Tom Howe to conduct an investigation of the incident, working closely with the Wind River Tribal Fish and Game.

Officers obtained the full length video of the chase and were able to track the entire chase route, finding that Albright had forced the two does to run at least 643 yards. “I do not know if there is a difference physiologically between the two types of stress and runs, but I certainly know that from an ethical perspective, big game animals in late winter should not be run if possible.  Multiple events of stress could certainly be detrimental to an individual animal,” says Browning.

Albright had his hunting privileges suspended for all of 2015 in Wyoming and 43 reciprocal states and was sentenced to $540 for the harassment charge and $220 for the littering charge in fines, court costs and victim’s compensation costs.