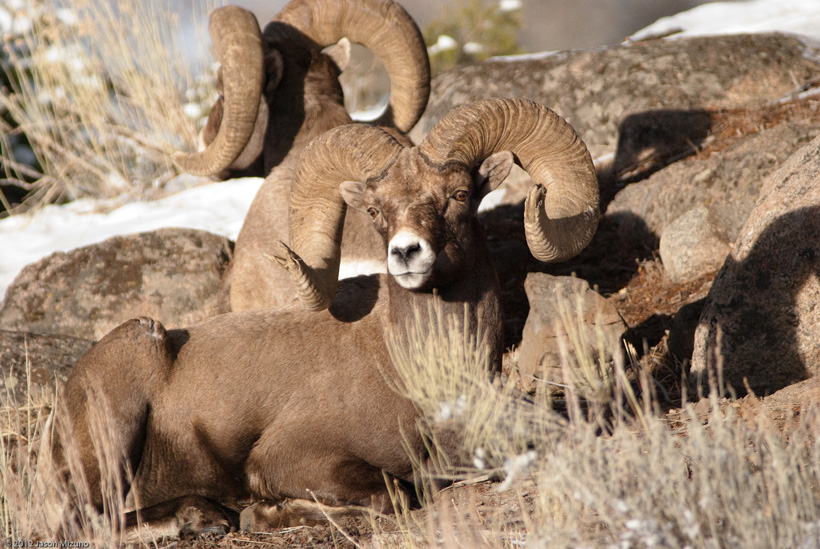 It’s one of the most elusive, yet most sought-after species in North America — the Rocky Mountain Bighorn Sheep. If the odds of drawing the tag and the sheer expense of the hunt don’t stand in your way, the altitude and rugged terrain probably will. So when a man defied all odds and took the biggest bighorn ever to be recorded by the Boone & Crockett Club, it was by by all means astonishing. Perhaps the only thing more astonishing, now, is the decision to sell the trophy mount.

The story of this particular trophy dates back to 1917, when guide Bert Riggall spotted three golden rams perched on a cliff in the Canadian Rockies. Three years later, Riggall took two men, Martin Bovey and Meridian Bennett, both of whom were eager to take a ram, out to the field. Riggall told them men of the “Three Musketeers” he had seen three years earlier, and immediately, they were enthralled. The men were able to track down the three massive rams. Bennett ended up shooting the smallest of the bunch. The largest, however, got away.

Bovey returned in September of 1924, determined to take a ram for himself. Riggall and Bovey hunted for over a week without sighting the giant they were after. Yet on September 12, their luck changed, as Riggall spotted the ram high above the creast of Mt. O’Rourke in the High Rocks Mountain Range where the “Three Musketeers” used to roam. 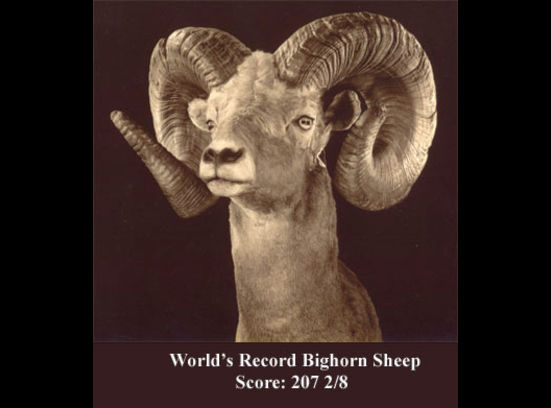 It should be noted, however, that even though the ram was taken in 1924, it was not officially scored until 28 years later in 1952. Many have pointed out that if the horns had been scored 60 days after mortality and not allowed to dry and shrink for 28 years, it may rank even higher today.

The stature and history that go along with this trophy are arguably unparalleled, which makes it even more shocking that its owners have decided to sell the mount. Right now, the former world record holder bighorn mount is available for purchase. You just need to fork over $95,000.

The current owner believes that the ram is worth the enormous sum of money not only due to the length of time that has passed since it was taken, but because of the provenance that comes along with it, including: