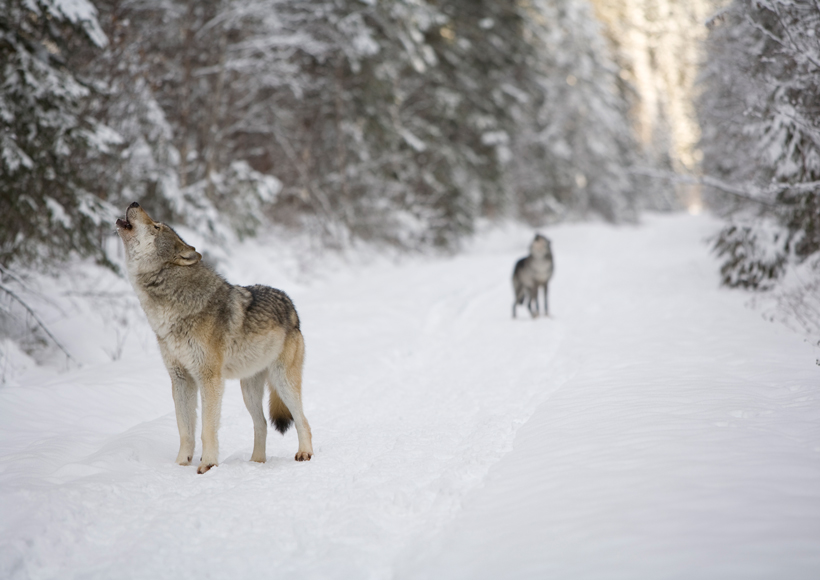 The solution? Figure out a way to evenly disperse the wolf packs across the state so that western residents can see the realities of living with these top-of-the-food-chain predators.

“With the densities of wolves in northeastern Washington, we would like to see the Cascades get more wolves and more wolf packs,” says Dave Ware, a wolf recovery expert with the Washington Department of Fish and Wildlife (WDFW).

While officials believe that a few wolves have moved into the Cascades south of Interstate 90 and into western Washington, there has not been any concrete documentation that wolves have decided to make that area home, according to The Seattle Times. Should wolves decide to move into communities like Bellingham, Centralia or North Bend, wolf supporters could realize the realities of living among wolves and the danger to livestock and the general public. Rural residents say that those not living among the apex predators have no idea what it is like. Recent livestock attacks have some eastern residents suggesting that wolves be exported to the western part of the state.

“Conflicts with livestock are bound to rise as the state’s wolf population increases, and we have to do everything we can to manage that situation,” says Jim Unsworth, WDFW director.

According to The Seattle Times, the species only recently returned to the state from Idaho and British Columbia in the early 2000s. Prior to that, the animals had been nearly wiped out thanks to a government-sponsored eradication program on behalf of the livestock industry in the early 1900s.

But wolves are truly making a comeback with most of them residing in the Selkirk Mountains in the northeast. WDFW’s annual wolf survey found that the number of wolves has grown by more than 30% in 2014 with four new packs formed last year. Officials also confirmed at least five breeding pairs.

The state’s Wolf Conservation and Management Plan says that wolves can be removed from the endangered species list once 15 successful breeding pairs are documented for three consecutive years within the three designated wolf-recovery regions. With only five breeding pairs currently documented, eastern residents will continue to feel the impacts of the boost in wolf packs unless officials comes up with a plan to evenly distribute them across the state.