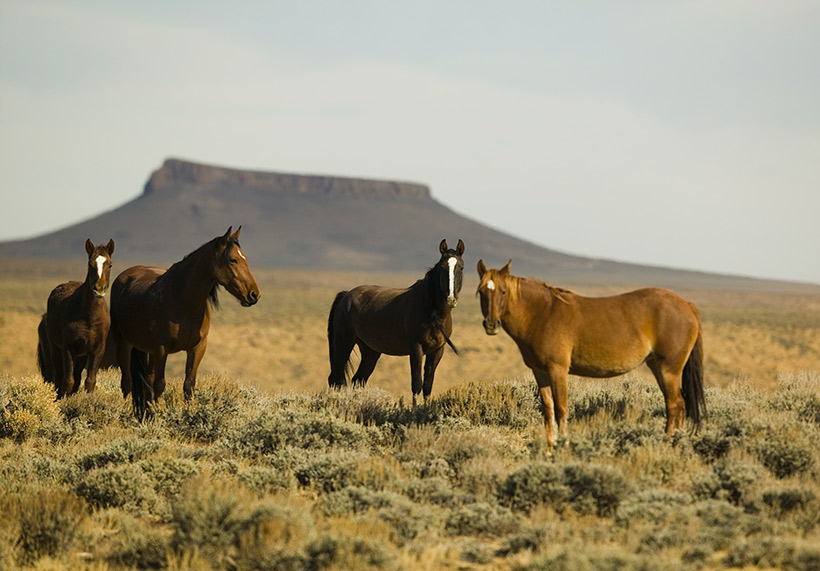 Wild mustangs, once the iconic symbol of the West and the American pioneer spirit, are now quickly becoming a symbol of something else: conflict. Hunters, conservationists and the federal government seek solutions to the current wild horse overpopulation problem and possible environmental imbalances caused by this roaming wild species, but do not agree on what the method to control overpopulation should be. When Mick Jagger sang “Wild, wild horses, we’ll ride them some day,” he had no idea of the level of complexity behind his statement.

Under the Wild Free-Roaming Horse and Burro Act of 1971, the government is required to protect, manage and control wild, free-roaming horses and burros found on public lands. This Act was established as a way to preserve the wild horses and to help create a “thriving natural ecological balance on the public lands.” But over the years, the Act has been challenged in courts (up to the Supreme Court level) and provisions have altered the bill slightly over the years that modify the way horses are rounded up and the methods behind the sale or adoption of the wild horses.

“We aren’t going to put down the wild horses, for which there is no adoption demand, but the alternative is that we’re putting them in long-term pastures and we’re almost at capacity,” Thomas Gorey, Senior Public Affairs Specialist at the Bureau of Land Management (BLM) told goHUNT.

Just how many horses are there?

According to the BLM, there are over 49,000 wild horses and burros roaming federal land that spans ten states: Arizona, California, Colorado, Idaho, Montana, Nevada, New Mexico, Oregon, Utah and Wyoming. Herds grow at an average rate of 20% annually, doubling in size every four years, which often means more animals than the allotted land can handle. 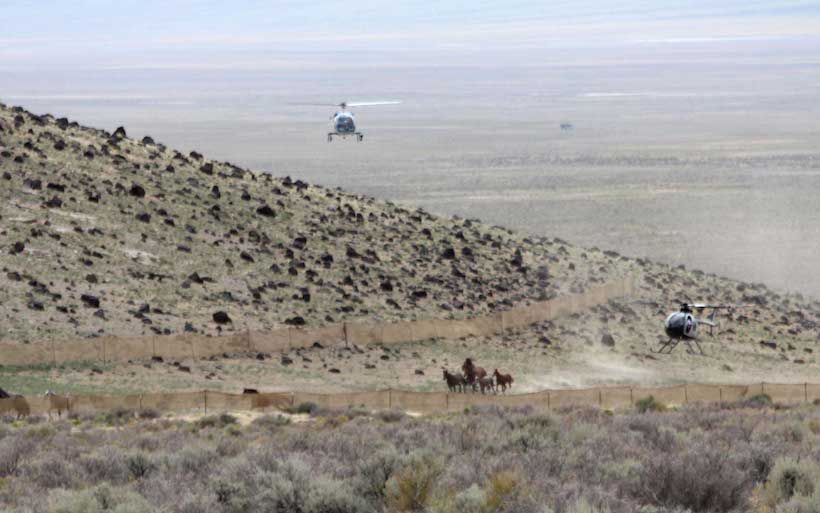 The BLM currently manages 31.6 million acres of federal land where most of the wild horses are found. While the agency works to maintain the health of the land, balancing the needs of ranching, recreation, and wildlife, this leads to the wild horse roundups of “surplus” animals that exceed the pre-determined number for these particular areas. Helicopters are often used for wild horse gatherings in order to push horses towards large holding corrals -- and activists argue that this type of wrangling is inhumane.

Part of the overpopulation problem stems from a lack of natural predators. Grizzly bears, mountain lions, bobcats, coyotes and wolves are the natural predators of wild horses but are often removed from federal lands (and surrounding private ranching lands) so that they cannot prey on the domestic livestock also grazing there. Some have suggested that limiting the hunting of these predators that naturally prey on wild horses would provide the natural management necessary to help with the overpopulation.

After the roundups, where do the horses go?

According to Gorey, wild horses are often adopted. “[The BLM] puts them in either short-term corrals where some are prepared for adoption, or they go to long-term pastures in the Midwest where they live out the rest of their lives.” These long-term pastures are made available through federal contracts with the private landowners, but they are nearing capacity without another viable solution. While a 1978 provision in the Wild Free-Roaming Horse and Burro Act of 1971 essentially allows for the removal or destruction of excess animals, the BLM does not put down excess horses, which is leading to the overcrowding within the holding areas. 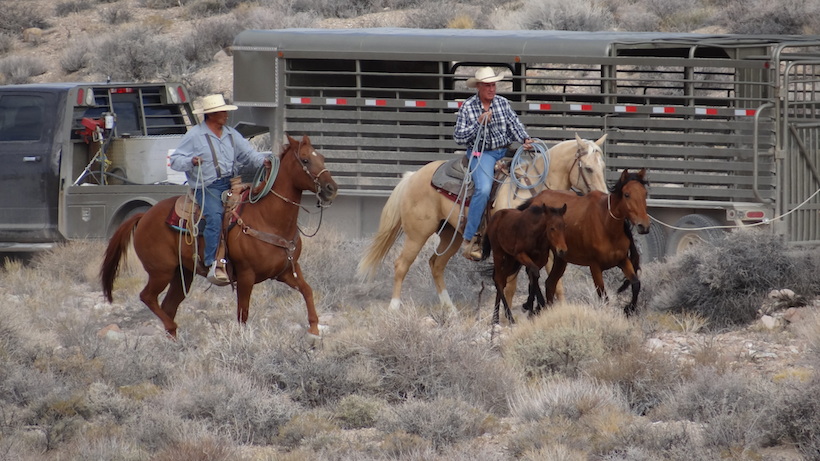 “The American public does not support horse slaughter, and Congress puts appropriations bills that do not permit slaughter of wild horses,” says Roy. If slaughter is not an option, and the wild horse population continues to rise, is there another way to control population growth?

“Birth control is a way to control population humanely and keep them on the range,” says Roy. Roy was just recently in a training session that certifies her to shoot darts containing fertility control treatment into the wild horses. The BLM applied 509 fertility-control treatments to mares in fiscal year 2013, so they also support an alternative to long-term pastures for those horses too old for adoption.

Part of the issue surrounding the wild horses stems from whether or not they are considered an invasive or native species to North America. Advocates for the continuation of wild free-roaming horses believe that they are native to North America, having been reintroduced by the Spanish after a small blip in ecological history that removed them from the continent. 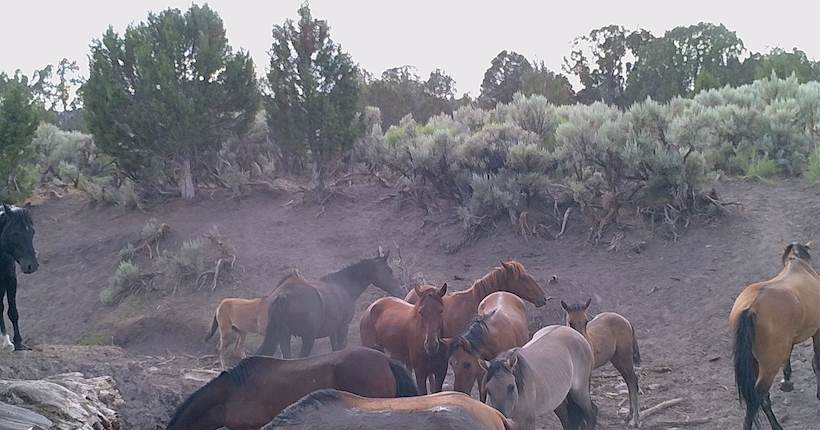 This photo was captured on a trail camera while scouting for deer in Nevada. Lots of horses competing for a small water source with other wildlife.
Photo Credit: goHUNT.com

“Scientifically speaking, wild horses are miscategorized as an invasive species. The science shows that the horse is a reintroduced native North American wildlife species,” says Roy.

But the BLM does not believe the wild horses are any more native than the cattle that were also brought to North America to graze its lands. In fact, a recent court of appeals case was upheld in Nevada regarding the governmental roundup of over 1,600 wild horses along the Nevada-California line in 2010. This decision upheld the earlier decision that the BLM acted legally when it gathered up horses from overpopulated herds that were larger than the lands could ecologically sustain.

Because wild horses are such a visual symbol, the split between the two sides continues to divide the nation, but this rift doesn’t help create a solution to the overpopulation problem that plagues the wild horse population, the activists, the BLM and the fragile environmental habitat that is now touched by the drought across the western part of the United States.

“The BLM is not enforcing reductions in livestock in the drought conditions and setting up the wild horses for starvation and dehydration. They are setting a stage for a crisis,” says Roy.