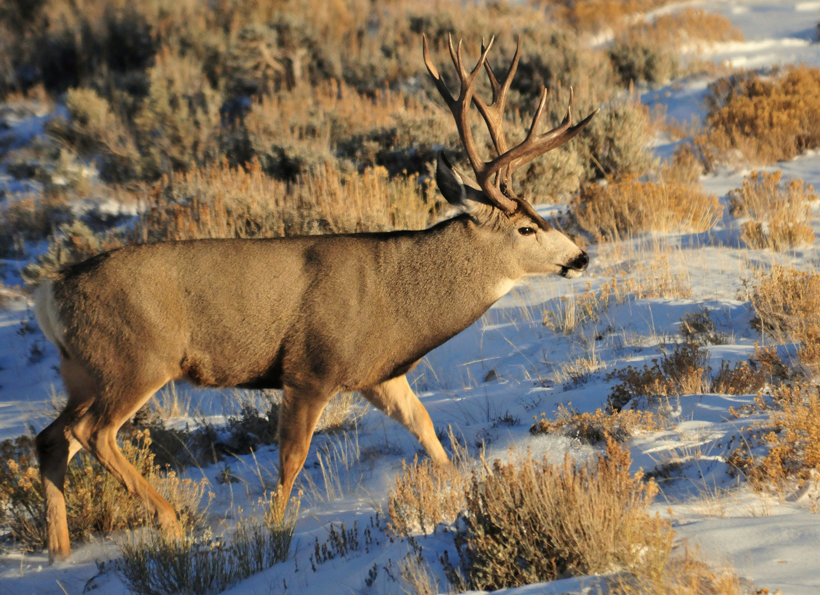 In an effort to prevent poaching before it happens, Utah’s Division of Wildlife Resources has unveiled a new plan that includes extensive patrolling on ranges where mule deer congregate during the winter months.

According to Tony Wood, chief of Utah’s DWR Law Enforcement Section, deer congregate on ranges at lower elevations during the winter months. Large groups of deer can provide a tempting target for poachers, but while these large groups can attract poachers, they also allow officials to concentrate on the areas where poaching is most likely to occur.

"If there's an area in Utah that attracts mule deer in the winter, we’re watching it," says Wood.

Over the course of this year, wildlife officials have investigated the illegal killing of 152 mule deer within the state. Most of the deer were bucks with the antlers on seven of the bucks big enough to place the deer in a trophy category.

“If you’re a hunter,” Wood said, “you would have been thrilled to take any of these bucks. Poachers took that chance away from you.”

Heavy patrolling has already begun. DWR officials are monitoring the ranges by land and by air, concentrating on saturation patrols, which put more than one DWR officer on the same piece of winter range at the same time. Officials will continue these efforts until the deer shed their antlers this spring.

Utah residents and visitors are also urged to participate and help keep mule deer safe this winter. Preprogramming the DWR’s Turn-in-a-Poacher hotline into your phone allows for a quick call should you see something suspicious. The hotline number is 1-800-662-3337 and is staffed 24 hours a day, seven days a week.