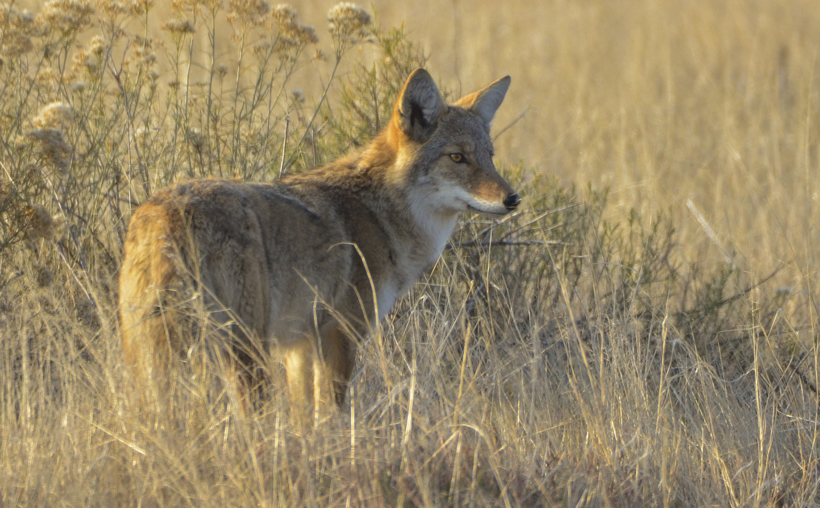 Utah hunters have killed 7,041 coyotes in the second year of the state’s Targeted Predator Control Program, just slightly fewer than the year before.

The Predator Control Program was created as part of the state’s Mule Deer Protection Act. The Utah Legislature passed the act during its 2012 season as a way to jointly curb coyotes and safeguard their occasional prey, the mule deer.

Under the rules of the program, hunters who successfully complete an online training form and registration may receive $50 for every properly documented coyote they kill in Utah.

The Mule Deer Protection Act allots $500,000 for the Predator Control Program. While those numbers have not yet been reached, the DWR hopes its ambitious plan will eliminate a significant portion of the state’s coyote population, and in turn, benefit the mule deer.

Hunters participating in the program are directed to what the Utah Division of Wildlife Resources (DWR) refers to as “coyote removal zones.” These specific areas are meant to determine where predator control should be targeted in order to be most beneficial to mule deer. The DWR information page on the program notes:

The recommended coyote removal zone is based on the boundaries of areas that are important to deer. Coyotes primarily kill fawns and can produce more than six pups per year. They have high reproductive potential and can be difficult to hunt. It will be impossible to remove all coyotes from Utah, even with a large effort by the public. Although any coyote taken in Utah can be submitted for compensation, the DWR is recommending specific areas and dates when coyote removal has the greatest potential for benefiting mule deer.

A statewide map highlights these zones.

In the program’s second year, which ended June 30, hunters redeemed 7,041 dead coyotes. The number was slightly down from the 7,160 killed the previous year, but the number of people collecting the bounties was up by 4% to 1,055, according to the DWR report “Utah’s Predator Control Program Summary.”

The impact the program will have on the mule deer population, however, may be more difficult to measure.

"It may take several years of implementation of this program before improvements in fawn/doe ratios statewide may be observed and this effect may be more visible on a unit by unit basis," reads the DWR report.

"When you are dealing with coyotes, it is hard to tell exactly what impact is happening because we do not know their population," said Leslie McFarlane, mammals program coordinator for DWR. "Sustained harvest over multiple years has to have some effect [on mule deer populations].”

Yet environmentalists cry foul. They maintain that there is little scientific evidence that curbing the number of coyotes actually helps mule deer rebound. In fact, a six-year study published in 2011 found that coyote removal did not effectively increase the mule deer in neighboring southeastern Idaho.

Those against the predator control program also maintain that in order to bolster mule deer populations, the state should redirect its time, effort and money towards restoring mule deer habitat. Utah, unlike other Western states, is reporting an increase in mule deer numbers in recent years, with much of the credit is being given to the state’s exhaustive habitat restoration efforts over the past eight years.

Despite these points and such strong opposition from a number of organizations, the state continues to move forward with predator control measures.

In total, the DWR reports an estimated 12,564 coyotes were killed in the second year of the act: 7,041 through public bounty hunters, 236 through contractors, 2,682 through general fur harvest and trapping and 2,605 through the federal Wildlife Services program. Before the act was initiated, the average number of coyotes killed was just 7,397.

"The program likely increased the numbers of coyotes killed in Utah and provided government-supplied economic rewards to individuals and businesses throughout the state," the report states. "Based on two years of data collected we estimate that 25,054 coyotes were killed. This is a 59 percent increase in the previous estimated annual harvest of 7,397 coyotes per year.”