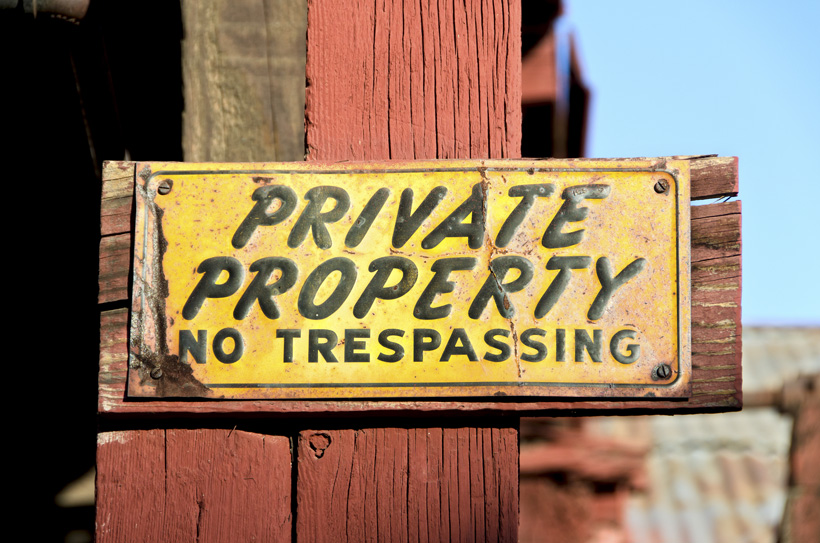 Hunting season is prime time for trespassers, and nobody seems to know that better than the rural landowners in South Peace, Alaska.

For some, the recent resource development boom around Groundbirch and Sunset Prairie, west of Dawson Creek, is a good thing. It bolsters the local economy and means more employment opportunities for more people. Yet for some of the rural landowners in the area, it has been nothing short of a nightmare.

Several ranchers are claiming that the upsurge in energy development has brought with it hunters who pay no attention to property boundaries and who give little respect to the land, littering beer cans and leaving wounded and dead animals to waste away.

Just why do the ranchers believe these hunters are affiliated with the energy development companies? For one, the hunters appear to be driving company vehicles.

"Every year, we have people trespassing, driving all over the hay fields, leaving their empty beverage containers all over," sighed rancher Brian Wetherill. "It's always nuts this time of year, but it's even worse now.”

There are a number of major gas projects in the Droundbirch area, which lies between Dawson Creek and Chetwynd. Such projects require hundreds of transient workers that live in work camps in the area.

Wetherill’s  property is adjacent to Crownland, where hunting is permitted. He says he first noticed a truck that bore the label of a construction firm on his property in early October.

Since that point, Wetherill says he has encountered men trespassing on his private property on several occasions. Wetherill told them to leave, and even approached the company’s head office in Prince George, which agreed to investigate the issue.

Several weeks later, much to his dismay, Wetherill was confronted with another group of men driving an unmarked car. Though the truck was not marked, Wetherill believes the men were camp workers. When he noticed that the truck was still there half and hour later, he towed it off his property using his tractor.

After reaching out to several other nearby landowners, Wetherill became more convinced that the issue stems back to the energy development workers.

"When Brian called me, it was a carbon copy of what we've been going through," said Chet Jans, also a local rancher.

"Sometimes you're lucky enough to catch [hunters] on their way in. Sometimes it's too late. You end up finding rib cages and gut piles, and that's that.”

While no single agency can give a definite number of just how many individuals live in industrial worker camps in the area, local rancher Justin Sheets believes there are about 500 near Groundbirch, and that number is only growing.

"When it's locals out hunting, you sort of know who they are," explains Sheets, who lives in Sunset Prairie but owns land in Groundbirch. "Now it's a lot of company trucks with company decals on them and unit numbers. You know they're in camps here.”

Yet officials are skeptical.

Sgt. Shawn Brinsky of the B.C. Conservation Office said he was not aware of any increase in trespassing or illegal hunting incidents in the South Peace.

"I wouldn't say there's anything really abnormal about this year," he said, adding his office did see a slight uptick in the number of people self-reporting hunting violations. "But there's no trend to suggest an increase, by any means.”

Jans believes that neither the RCMP nor the conservation office have the capabilities to patrol the area, and in turn, spends some of his time acting as a “peace officer.”

"When you have cattle all over the place, and you hear a gunshot at that twilight hour, it's a major concern," Jans relays. "Instead of sitting down with your family or going on your own hunt or doing your evening chores, you're out bombing around. It's a major disruption."