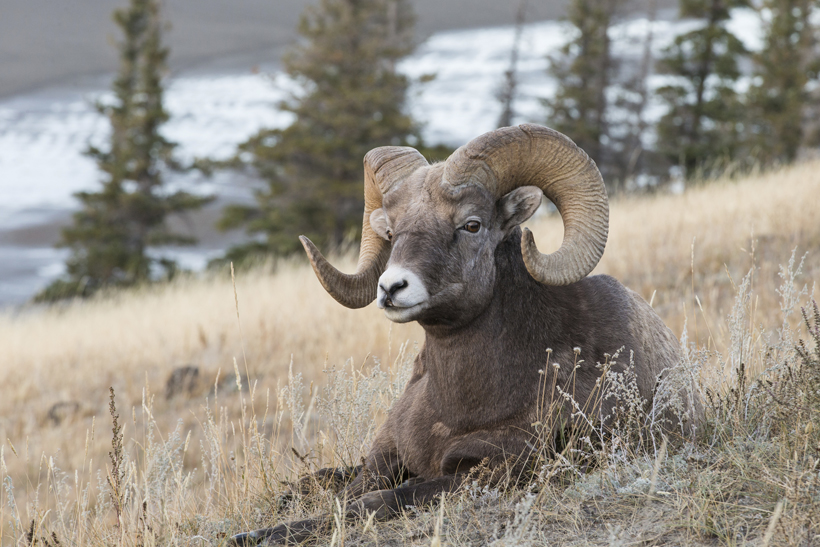 What is causing the bighorn sheep herds to decline along the Rocky Mountain Front? While the major decrease in bighorns will definitely affect the number of hunting licenses, officials are most concerned about the long-term future of the Sun River bighorn sheep herd and what’s behind the drop.

Lonner says that herds have dropped by more than half in the last five years. In April 2010, he counted 933 bighorn sheep in the Sun River herd on the Rocky Mountain Front, which is defined as bighorn sheep from Ear Mountain south to the Benchmark area. This year, Lonner counted 329 animals, but estimates that the actual number is closer to 400.

Regardless, this is a drastic decline in the bighorn population with the most significant decrease in the number of lambs born each year. Because of this, the herd has not added many young animals to its ranks for the past five years.

Many of the lambs do not seem to survive to late summer or early fall. Lonner believes that this is most likely due to a pneumonia outbreak, which can linger in wild herds, and not the work of predators or weather. Officials note that pneumonia stems from exposure of wild herds to domestic herds yet there are no domestic sheep near the area, which makes it perplexing as to how the herds were exposed to the disease.

Due to the current numbers, FWP has proposed four either-sex sheep licenses for HD 422. There have been no ewe tags for this hunting district for the past two years. While it is possible that FWP may increase the either-sex licenses by one or two, Lonner is still deciding.

“Do we maintain four tags for a few years in hopes we can make the most of the older-age rams we have now for as long as we can?” asks Lonner. “Or bump that number up by a tag or two for the next couple of years to add opportunity now?”

The FWP Commission plans to finalize the number of 2015 bighorn sheep licenses during the June 11 meeting. Anyone interested in commenting can contact Lonner at 406-467-2488.