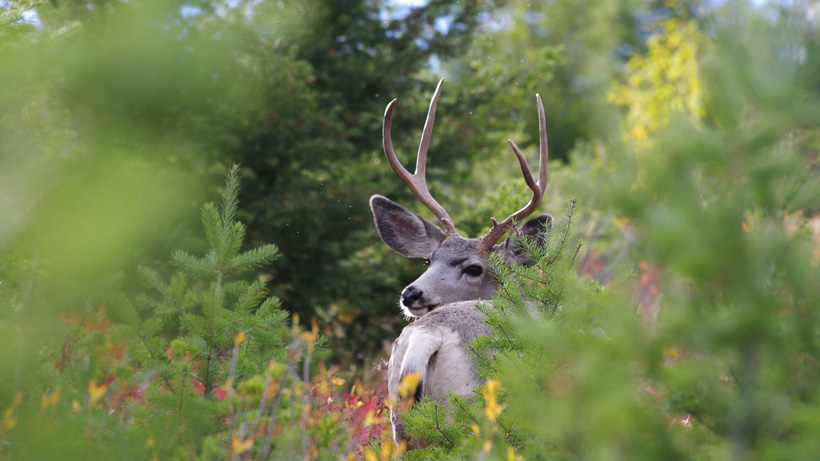 A Wyoming resident recently pleaded guilty to poaching four mule deer bucks following a lengthy investigation. Wyoming Game and Fish Department (WGFD) officials were tipped off by Stetson Long’s employer: a ranch manager found “four sets of fresh mule racks hidden in a barn at the ranch where Long worked and had permission to hunt,” according to The Jackson Hole News & Guide.

Even worse, Long had already had his hunting privileges suspended due to illegally killing a deer without a license as well as going over the limit in 2016.

“He violated the law when his hunting privileges were already suspended,” said Neil Hymas, the WGFD warden in charge of the case, “and he repeatedly took wildlife away from other sportsmen in the state.”

Investigators concluded that the four mule deer were killed between Nov. 5 and 13 on private land near Cokeville in the Smith’s Fork drainage. Long had “sawed off” the skull plates and antlers, leaving the deer carcasses behind to rot.

“It was a matter of self-driven satisfaction to kill these animals,” Hymas said. “In my mind, the defendant was not able to provide a good reason for killing this many mule deer.”

Long was sentenced to six months of jail time at the Lincoln County Detention Center and ordered to pay WGFD $16,000 in restitution, according to The Jackson Hole News & Guide. He also lost hunting privileges for 20 years and fishing privileges for 10. While Long has to report to jail on Dec. 3, he is being allowed to continue working a job in the oil and gas industry to save up enough money to pay his restitution.

Think the punishment fit the crime?

Ok, this is a “poaching” offense. THIS.
NOT the Canadian guys who paid for licensing while owning property in Montana. That’s bullshit.
Very big difference.

I think it should be a yr. and 50K at minimum or do what they do to them in Africa. Sorry, these types of cases need to be very harsh imo.

No actually I dont agree with it.

That would stop poaching or at least slow it down. Know that.