Will 3D shoots make you a better bowhunter? 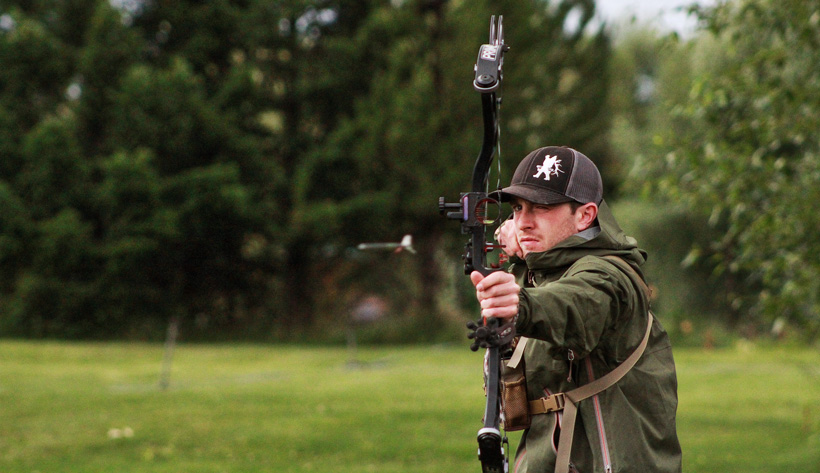 3D shoots are gaining popularity among bowhunters, particularly those in the West. There are many ways to try them out: from your local nonprofit archery club to the extreme big mountain shoots. Most are family friendly and fun events and a day to be spent with like-minded archers that just enjoy going out and shooting their bows. While some can be competitive — though still fun — they can challenge not only the archers’ accuracy but also their perception of distance.

Bowhunters and archers are always evolving. They strive to take their bows to the next level. They want to shoot farther distances and shoot more accurately but, with all the shooting that you can do, if you aren’t diversified in a variety of different types of shooting, then how accurate can you really be?

Montana for example, offers some of the most diverse country to hunt within the U.S. Anyone that hunts deer, elk, and antelope will experience everything under the sun: from sneaking up on an antelope that is grazing the flat eastern plains where the only object to perceive the actual shooter’s distance is a series of telephone poles disappearing off into the distance to bugling in a bull elk from the bottom of a steep draw immersed in the thick timbered western rocky mountains where tunnel vision sets in from the thin shooting lane. Or bumping a muley buck from a group of shrubs nestled in the bottom of a coulee offering the only bit of shade within the Missouri River breaks where shooting across a draw is not an uncommon occurrence.

Before hunting season is upon them, many hunters begin their weekly — or even daily — regiment of shooting their bows, whether it be the 100 yards they can get in their backyard, 50 yards at an indoor range, or the 12 yards from their master bedroom down the hall to their bathroom. Just getting out and shooting their bow on a continuous basis greatly increases the chances that they will make an accurate shot come hunting season. But just because you’re accurate on the range does not necessarily mean you’re precise in the field. 3D shoots offer the ability to become not only more accurate in the field, but also more precise in your shot.

How do 3D shoots allow you to become more accurate and precise? 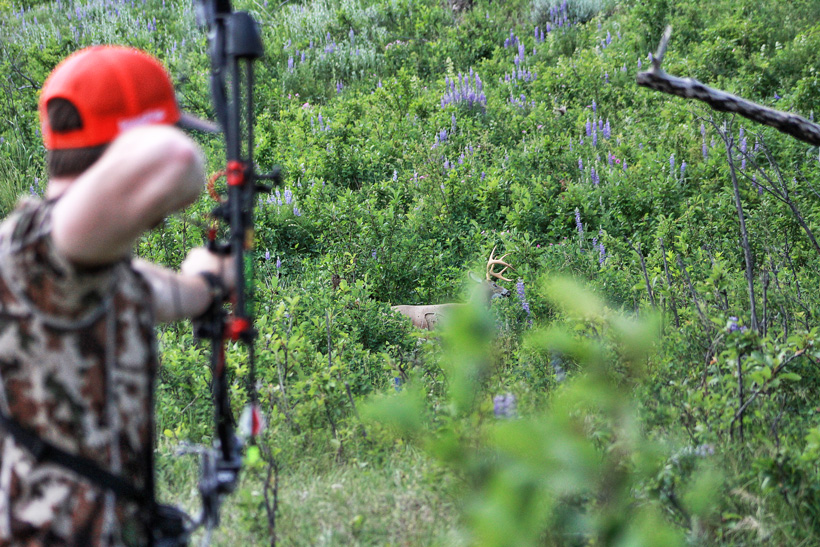 3D shoots are set up to imitate real hunting scenarios. They can range from a varying array of target distances, angled shots, and some targets are purposely setup with brush or trees blocking the arrow path. Targets are made to replicate the actual size of the animals you will encounter in the field, with some surprise target species thrown into the mix.

How will 3D shoots affect my shot?

Think about how you have been practicing over the past several months for archery season. Whether you were at a range, in your backyard or in your house you were most likely shooting at set distances: 20, 30, 40, 50 and, possibly, even 60 yards. 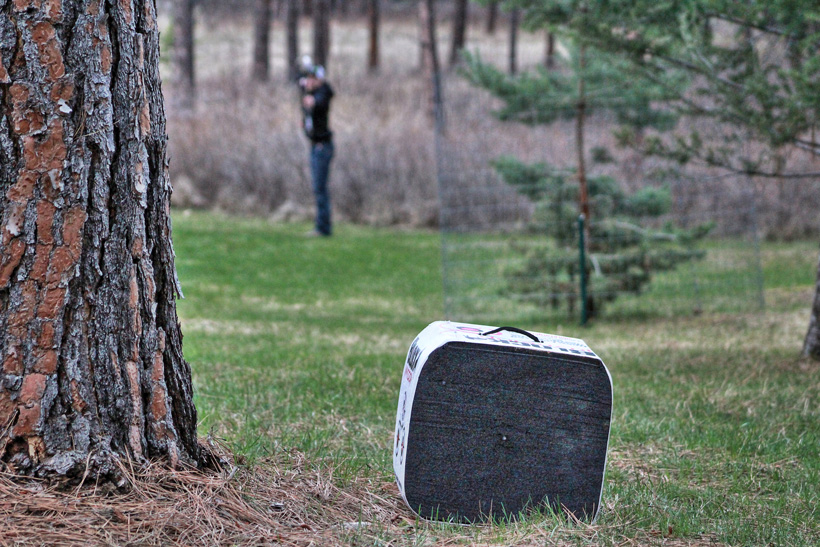 Your target was probably the same target every time; if you’re anything like me at an archery range it's a 4’ x 4’ white square block with a small piece of tape stuck up in the upper right hand corner or, if you are lucky enough, you may have a whitetail deer target set up in front of a couple straw bales in your backyard. 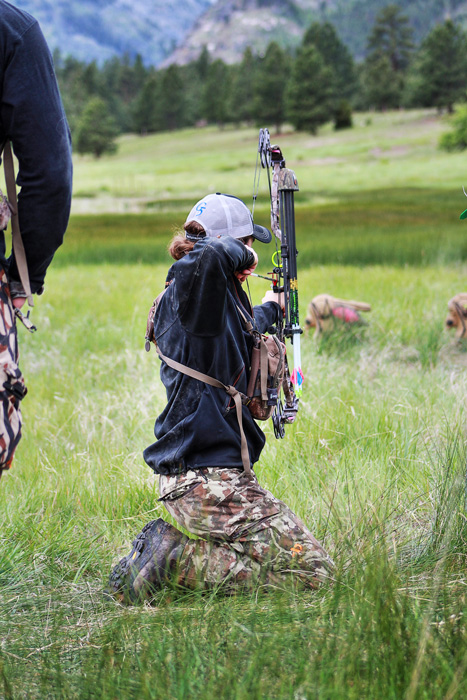 Nonetheless, consistently shooting at these targets narrows the way your mind is able to judge and perceive distance because the environment is controlled (you know the distance to everything there). Attending 3D archery shoots will help you familiarize yourself with different animals at different distances.

If you're just starting out, find a 3D shoot that allows you to use a rangefinder. Why? Because if the first shoot you attend does not allow a rangefinder, then you will be constantly guessing distances and never able to attain a full grasp of the actual ranges you need to be able to judge. Find a shoot that allows rangefinders; this will often be most shoots that you go to and they should be family fun shoots. But when you actually begin to shoot the course, don’t use your rangefinder! Take a look at the target and try to gage the distance. If you’ve been shooting a small block target during the offseason a replica bull moose target out at 60 yards is going to look more like 35 to 40 yards solely based upon the size of the target in comparison to what you have been seeing when you shoot out at that distance. Once you have guessed a distance, then you can then pull out your rangefinder and understand how far away it really is. This allows you to begin to understand the distances you are shooting. Do this for your first shoot and, if possible, your first couple of shoots. 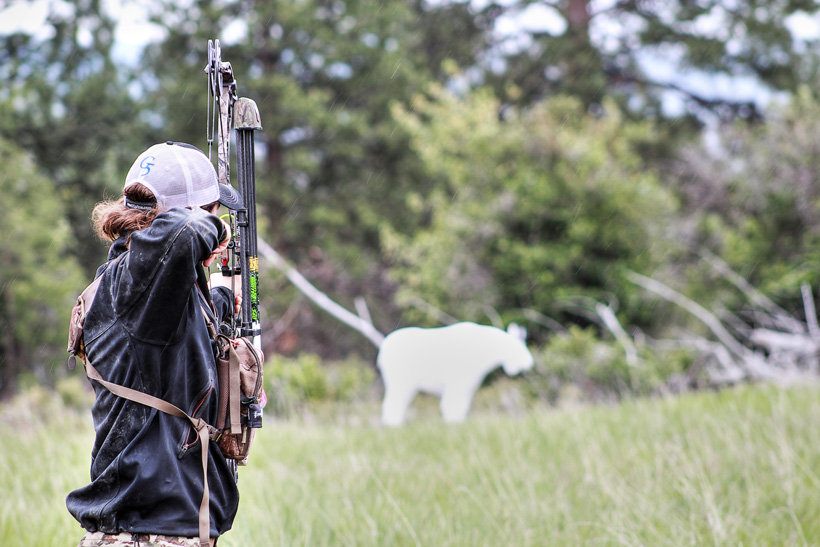 You will notice how different scenarios will be either harder or easier to judge the distance. An antelope target sitting out at 45 yards in the middle of an open field may be harder to gage the distance time and time again when compared to an elk hidden behind a couple of lodgepole pines at 45 yards. A bear sitting 20 yards up a steep incline may be harder than an alligator in a creek bottom at 20 yards. 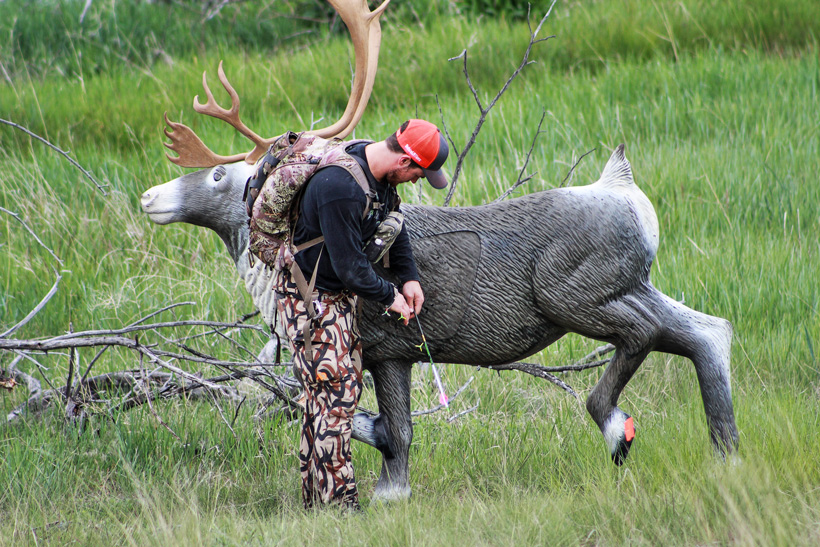 A lot of the variance in the distance that you perceive will be determined by the size of the target and the environment. Larger animals in open fields or across draws will often be harder to determine the distance than smaller targets in those same environments. The same applies to steep angled targets; shooting a bear uphill may be easier than shooting a bear downhill or vice versa. It’s important to guess the distances in these situations and then use your rangefinder to solidify your idea of the distance. 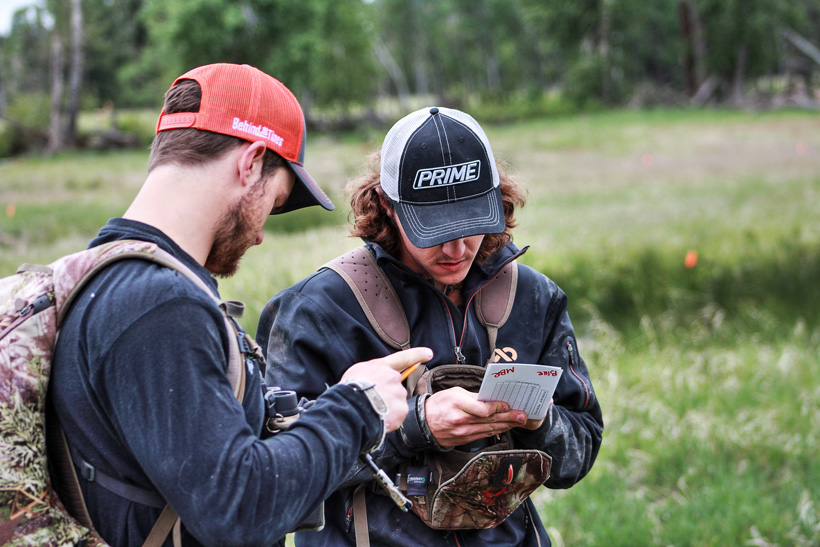 Once you begin to feel comfortable in gaging distances and shots, start attending the more competitive shoots that don’t allow rangefinders. You’ll find that the more you complete, the quicker you are able to look at a target, gage the distance, and shoot. This will help with real instances when you’re jumping elk out of their beds and need to make a quick clean kill shot. 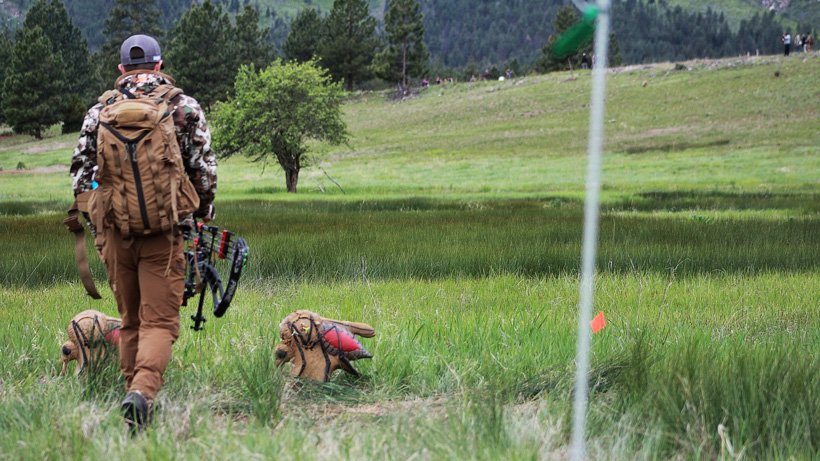 Finally, shooting 3D is all for fun. Taking it seriously will make you a better hunter so that you are making more ethical shots. But, in the end, most shoots that you will attend will be put on by your local archery club to help in purchasing new targets or are a benefit shoot for a great cause. Nonetheless get out there and just shoot your bow, meet great people, challenge yourself, and shoot straight.