Why you should consider a Coues deer hunt 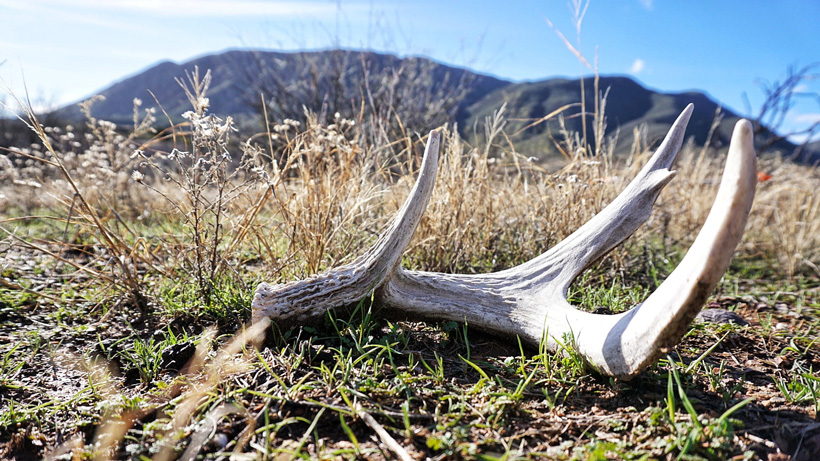 Odocoileus virginianus, more commonly known as the whitetail deer, is by far America's most beloved big game animal. They have graced more magazines and online articles than I'd care to count and hold the dreams of hunters hostage across the United States. Even the majority of outdoor television shows focus on whitetail deer. I remember watching these shows when I was a kid and wishing that someday I would get to take one of these giant whitetail bucks home with me. The guys on TV made it seem so easy. Years later, I went on my first whitetail hunt in Arizona. We saw many deer, but something didn't seem right to me. The deer looked so different. Where were the big whitetail bucks from my DVDs? These deer were way smaller in stature and rack. Because I was just a young boy at the time, I wasn’t aware that I was, in fact, looking at a Coues deer rather than the typical midwestern whitetail that I had become so familiar with through magazines and cable TV. So, that begs the question. What exactly is a Coues deer?

What is a Coues deer? 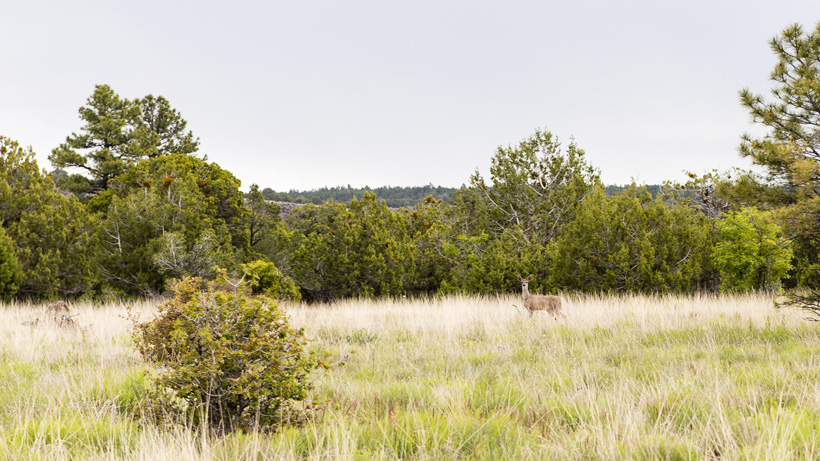 Discovered by Dr. Elliott Coues, who served as a surgeon in the United States Army in the 1860s, the Coues deer is the only recognized (by B&C) subspecies of the whitetail deer. Coues deer are much smaller than their cousins; big bucks average around 100 pounds. However, don't let their size fool you. Coues deer are some of the most aggressive deer out there during the rut, which takes place from the end of December through February, depending on location. Where they live is also fairly unique. Coues deer reside in Mexico, Arizona, and New Mexico anywhere from 2,500’ to past 10,000’ in elevation. You can glass them up on the desert floor one day and sit in a treestand on top of a mountain ambush hunting for them the next. Coues deer are truly remarkable animals and ones that you shouldn't turn your nose up at.

Why should I hunt Coues deer? 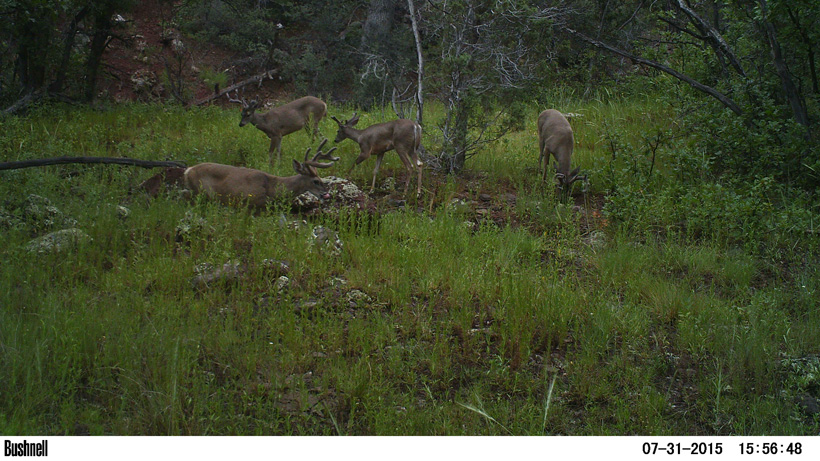 All of my experience hunting the “Grey Ghost" has been in Arizona so that is what I will focus on here. Here, there are lots of opportunities to test your wits on these wary deer whether it be with rifle or bow. Rifle hunters will have to apply through a lottery system for hunts that take place in late October, early November, and December. Many of these hunts can be drawn every year (even a few leftovers) and, with some homework and worn boot leather, you can have an incredible hunt. With the exception of December and the oncoming rut in January, bucks tend to still be in bachelor groups during these rifle hunts.

If you are an archery hunter, you really do have it made in the shade. Arizona offers over-the-counter opportunities to chase Coues deer with your bow during the whole month of January (prime rut), late August into mid-September and the second half of December. You can check this information and start your research on Filtering 2.0 on INSIDER. All of these hunts are great in their own way. From watching bucks vigorously fight for breeding opportunities in December and January to having a mixed bag hunt of bear, turkey, and velvet deer in August and September, there is lots of opportunity as well as lots of fun to be had in the name of Coues deer. 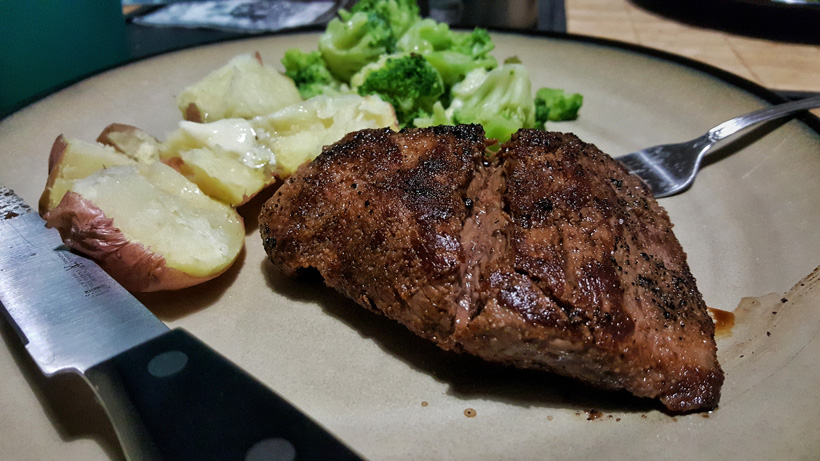 A hunting mentor of mine once told me that he considered grinding up Coues meat to be almost a sin. I didn't grasp fully what he meant until I harvested a Coues of my own. You might not get a ton of meat off of these robust little deer, but, let me tell you, it is the best meat I have ever had without a doubt. Steaks off of the hindquarters are just as tender as those pulled from the backstraps. I have done side by side taste tests with mule deer and Coues deer. While I enjoy mule deer meat and will not hesitate to put more in my freezer, it pales in comparison to its tiny relative. It is truly a "melt in your mouth" type of meat and I'd put it up against any protein out there. Don't believe me? Try some. You'll thank me later. 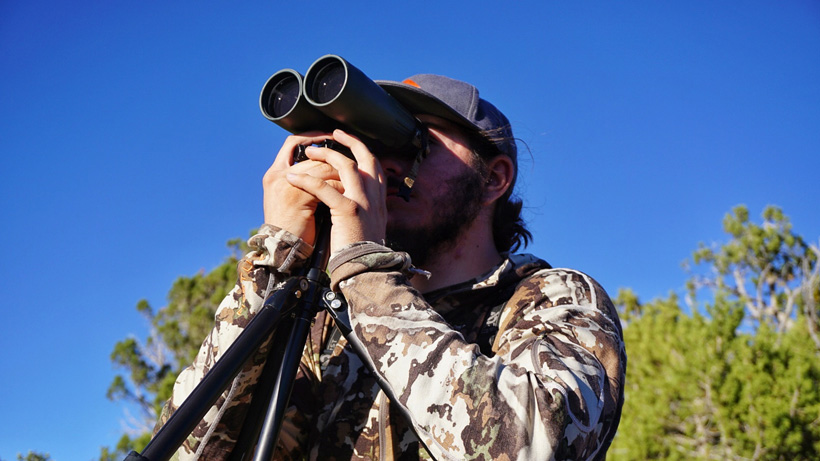 If you have read anything about Coues deer, you have probably heard the term I used earlier, when I called them the “Grey Ghost." This name is not by happenstance. They really are ghosts of their landscape and can literally disappear on you in seconds. The opposite is also true as, sometimes, it can seem like they appear out of thin air. Coues deer are best found through glassing. Part of the challenge is simply seeing them. You can glass a hill for hours and not see anything, then, take another look and spot a buck bedded that was there the whole time. Along with offering a "melt in your mouth type of meat," they also melt into their surroundings. I highly recommend glassing for them with your binos mounted on a tripod. It makes all the difference in the world. 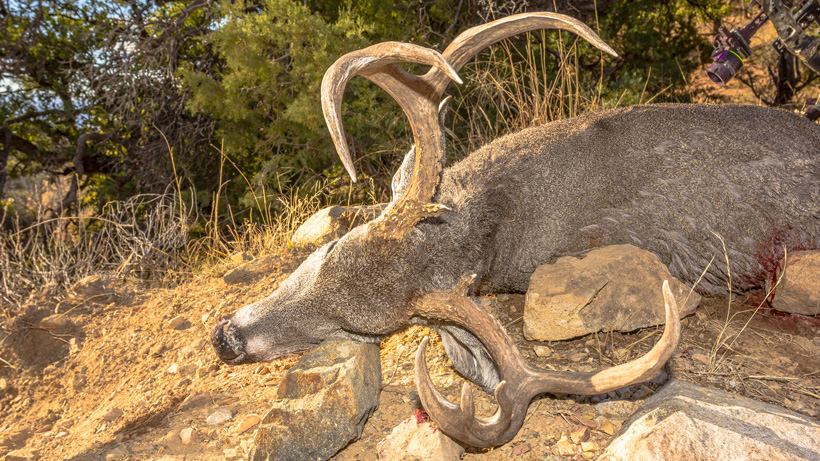 Coues deer are, by nature, very skittish and on high alert. I have literally watched these deer get spooked by simple gusts of wind. No joke. You can't blame them. Everything out there is trying to eat them whether it be mountain lions or coyotes. For a buck to reach maturity, I consider that to be a testament to how on edge and tuned in they are. For this reason, they are very difficult to get close to with a bow. You can absolutely hunt them from ground blinds and treestands, but spot and stalk is another level. I have read many times that they are the most difficult ungulate in North America to spot and stalk successfully with a bow. After you hit the hills with stick and string for a few days, you will understand why. Should you be lucky to get close enough for a shot, you will be faced with another challenge. Coues are notorious for jumping the string. You'd think they were Neo from the Matrix with how effortlessly they can dodge arrows. 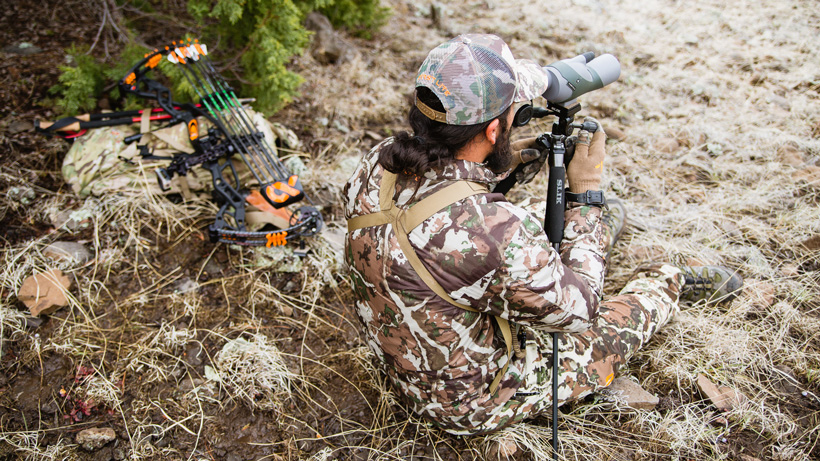 I remember when I first found out that the deer I had been looking at as a child was, in fact, Coues deer and not regular whitetails. It all made sense to me at that point why there are hunters obsessed with these deer and that understanding has grown with time. It is the uniqueness, mystique, and challenge of hunting these animals that leave us wanting more. It is the wide array, vast and rugged landscapes that they live in. Now that I am older, I feel lucky that I get to hunt these compact desert powerhouses on a regular basis. Every year, I look forward to sitting on a vantage point with my binoculars or spotting scope on a tripod, scanning the hills for rutting bucks, waiting for that right opportunity to grab my bow and start the chess match that is stalking a Coues buck. If you are looking to up your game and extend your season, give these little deer a chance. I'd venture to say that you won't be disappointed. Watch out for that Coues bug though. Once it gets you, you’re hooked.

Stay tuned for a series of articles on Coues deer hunting, strategies, and top units to consider.