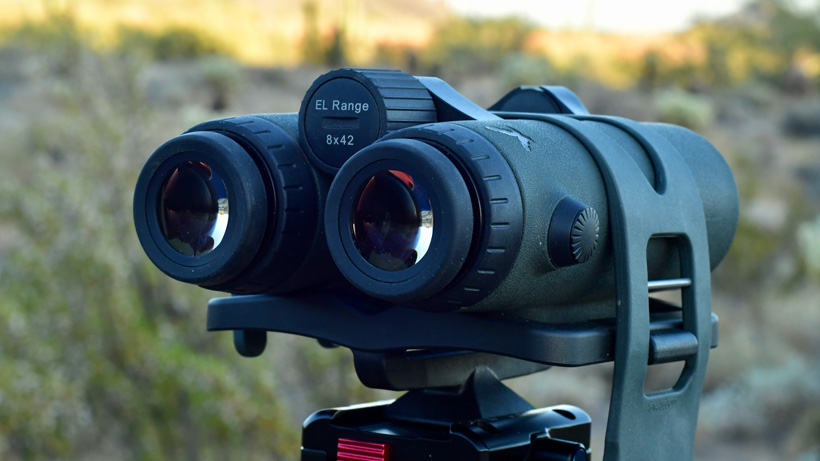 Because I talk to the hunting public on a daily basis, I often hear about the patterns or misconceptions in many forms. However, because my chosen field of interest in optics and how they help us to find or take more game, I usually hear certain misconceptions more than others. The most common one is that 8x magnification binoculars are not suitable for western hunting. This magnification gets dismissed by many who say that it can only be used in the more densely, vegetated hunting grounds in the eastern states. Nothing could be further from the truth and here is why.

I learned this first-hand while helping a friend on a late elk in north-central Arizona. Chase Gruenwald was the first to spot elk on opening morning in the pre-dawn light. If anybody has been glassing with me, they know that it is always a little bit of a competition to see who can spot what and how many, especially first — more for pride than anything else. (Although a friendly bet for breakfast or lunch never hurt anyone.) A bit of competition keeps it fun, keeps our eyes peeled and our efforts concentrated on the task at hand.

I have to admit that Chase glassing the first elk stung a little bit. I mean, we were all using good glass of various magnifications and mounted on tripods. We were in position well before first light and we were in good elk habitat. As the morning progressed, we had seen quite a few elk but no shooters. My curiosity as to what glass Chase was using prompted me to ask to look through his set up. I was very impressed with his tripod-mounted 8x binoculars. They were Swarovski’s and they were really bright, but 8s? How could this be so effective? 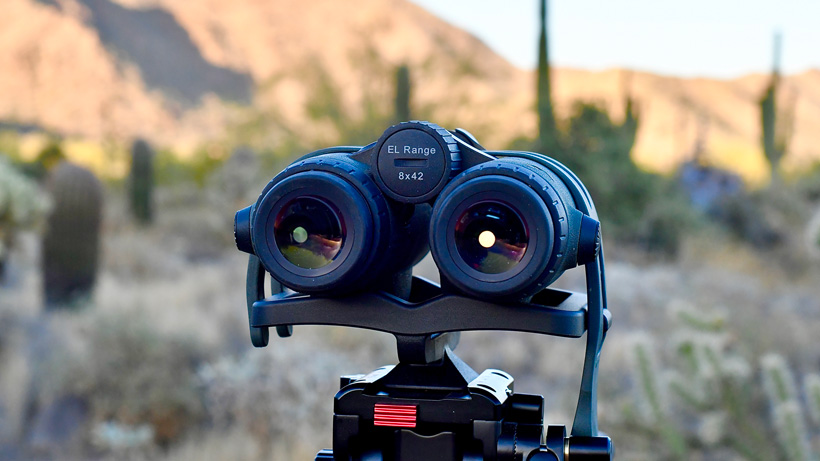 I had used 8s before, but mostly hand-held compacts because they were lightweight. But why was Chase seeing elk so early and before everyone else? The numbers will tell us a lot. For most of this data, I will use the 8x42 binocular as an example. Mainly because that is the most common 8x on the market today. 8xs come in a variety of combinations. Some examples are 8x23 compacts, 8x32, 8x50 and 8x56, but the most common one still made today by most manufacturers is the 8x42.

The credibility in the 8s and its usefulness is in the numbers. The 8x magnification is eight times that of the human eye. Most 8s have a 42mm objective lens. This is important because this is why the 8x has such a large exit pupil. The exit pupil is the amount of light that reaches your eye. In this case, if you divide the 42mm objective lens by the 8x ocular lens, it is equal to a 5.25mm band of light that reaches your eye. For comparison’s sake, most 10x42s have a 4.2mm exit pupil. That means the 8s have an exit pupil that is 20% larger than that of a 10x42. That means 20% more light to your eye. No wonder Chase was able to see elk earlier and more efficiently that morning. 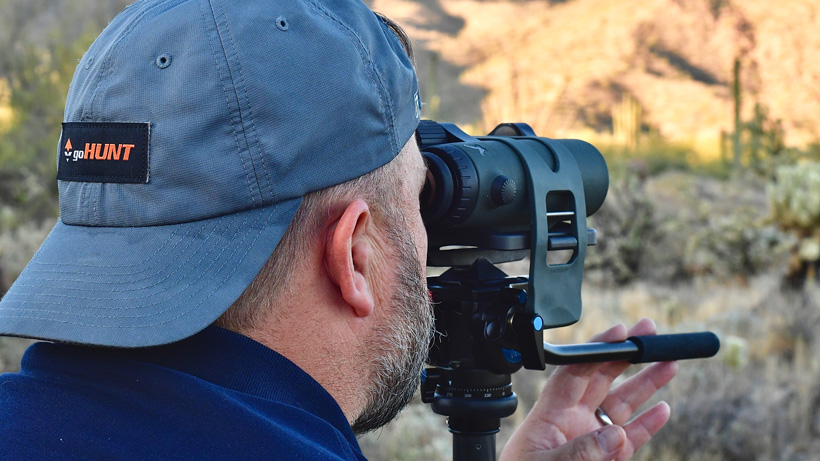 As for the power, I have yet to ever be out glassed with 8s by someone using 10s. Other than stroking my ego, what does that really mean? Traditionally, 10s have been the go to recommendation for decades. 10s are great for the open spaces and longer looks of the West, but that doesn’t always mean they’re better. 8s have 20% less magnification than the 10s. That is a pretty good amount more; however, not a deal breaker for me.

The other important number is the Field of View (FOV). This measurement industry wide is usually X feet at 1,000 yards. In this case, the 8s have a typical FOV of 403’ at 1,000 yards while the 10s average 343’ at 1,000 yards. That means that the average 8x has a 15% larger FOV than the 10s. The wider FOV will be appreciated in heavy cover or when watching more animals than one.

These numbers add up to a few valuables to have in your favor. For one, 8s are easier to handhold when used as a chest glass. Two, the wider FOV also aids in steadying movement mostly associated with hand-holding larger magnifications. Three, 8s are brighter and will have a better advantage in low light conditions when it matters most. Four, and a little less important, a wider FOV will help to see more movement per view FOV, especially when mounted from a tripod.

Another way the 8s help with is when there are different age groups hunting together. Older hunters generally have eyes or pupils that do not react to light as well as someone younger. Again, because of the 5.25mm exit pupil, it puts a lot of light into a pair of eyes that needs help. After years of being in the field with many hunters, I am never surprised to see older hunters grab for the 8s when glassing. 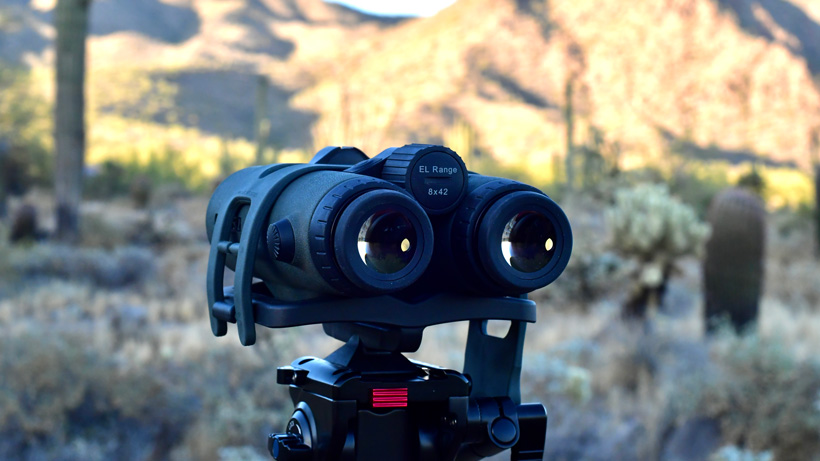 The other group of hunters that I think 8s work really well for is new or younger hunters. I know this was true for my three kids. The wide FOV allowed for them to see larger tracts of land, which made them gain a better understanding and feel for where they were looking. As for the loss of power, don’t worry — their eyesight will more than makeup for it. It is quite surprising to have them describe features that most adults have trouble seeing even with larger, more powerful binoculars. Also, I noticed the wider FOV allows for them to focus easier than with more magnification.

8s also help with hunters that have to glass with their eyeglasses on. With eyecups down to better the eye relief and the wider FOV of the 8s, I have seen grown men almost shed a tear when they looked through 8s. Typically, higher-end glass with field flatner lenses like Swarovski’s ELs or Zeiss SFs make this effect exponentially better. In their words, “Worth every penny to see through binoculars uninhibited again!”

Some say not enough magnification for tripod work? If I am hunting an area with thicker vegetation, like the juniper jungles of northern Arizona, and I know a bull is using a particular pocket I will get closer so I can pinpoint the bugles that I am hearing. By mounting the 8s on a tripod, this allows their brighter and wider FOV to work. Slow down and let your eyes use the whole FOV and then move on. Once you have located your bull, you can continue using the 8s or move on to a higher magnification binocular or spotting scope for a more detailed closer look. 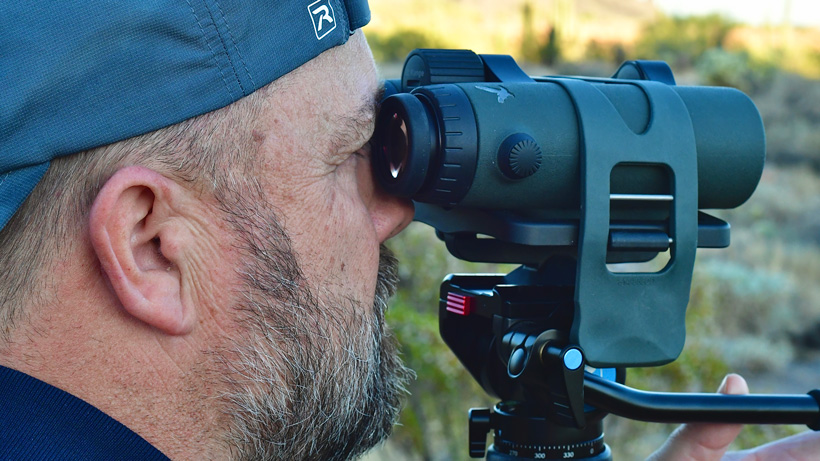 I think it is important to really think about the kind of hunting and situation you are going to be experiencing. 8s add a really valuable set of specific qualities that could make the difference in the outcome of a hunt. I learned the value of 8s years ago and they have always been a part of my optics kit. Whether you go with a Swarovski 8x42 SLC or a Vortex 8x42 UHD, they pair nicely with 12s or the bigger 15/18s and/or a spotting scope. If I can help you with your selection of optics to determine what works best for your hunting style, please feel free to reach out anytime!