What skills do you need for your archery hunt? 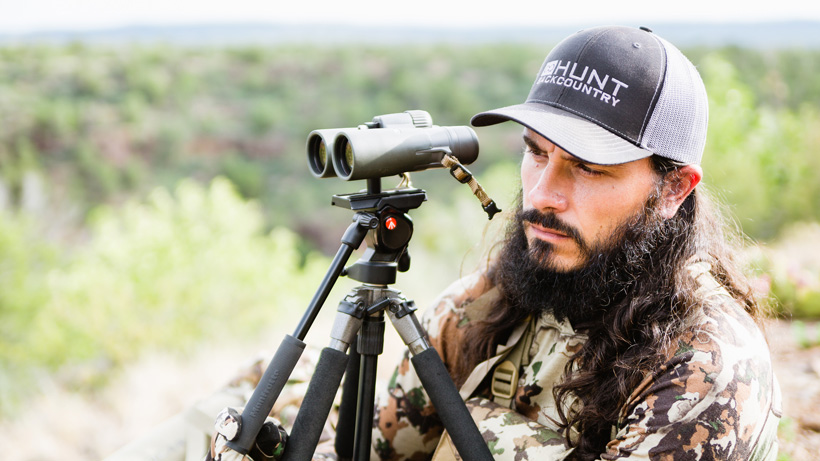 Right about now there are many of you, including myself, that have already hit the field this season. Early archery deer hunts and September elk hunts are now behind us and we’re all anticipating the upcoming archery rut hunts for deer. Those of us that have been fortunate to get out there have had the opportunity to dust off our archery hunting skills. They’ve laid dormant for a while now and most of us will be reminded of that during these first hunts of the season. Mistakes are made that usually wouldn’t be and I find myself wondering something: What are the skills actually needed for an archery hunt? So much of it is instinct and I feel like a majority of hunters approach it as such. To actually break down some key elements of being successful with a bow, though, might help us better understand why we do what we do—not to mention lay some foundation for the hunter just picking up a bow for the first time. 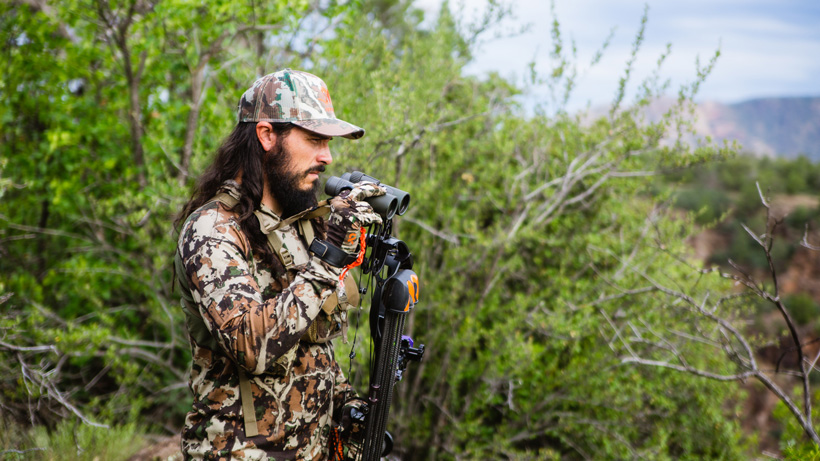 Bowhunting will test a hunter’s patience time and time again. For that reason, I think patience is a critical skill to have as an archery hunter. Whether spot and stalk hunting for mule deer or waiting out an old cagey buck in a treestand, patience rules out. This can be tough with the fast lives we take on back in the city. We are so used to things happening immediately that it almost feels wrong when it doesn’t. In the world of bowhunting, we aren’t moving at the speed of the city or the arrows we send downrange. It’s the speed of nature at which we need to rest and, let me tell you, it’s way slower than what we’re used to. Watching a predator stalk their prey will give you a great idea of how much patience we don’t have. Even watching a house cat stalk a bird can do this. Notice how long they’ll stay still before moving. It’s both admirable and agonizing to watch the process. Patience is definitely a virtue. We’ve all heard that phrase a time or two. However, I also believe that patience is a skill and can be learned. The way I see it is the more somebody wants something, the more willing they’ll be to wait for it. These predators stalk like their life depends on it because it does. We can learn something from that. 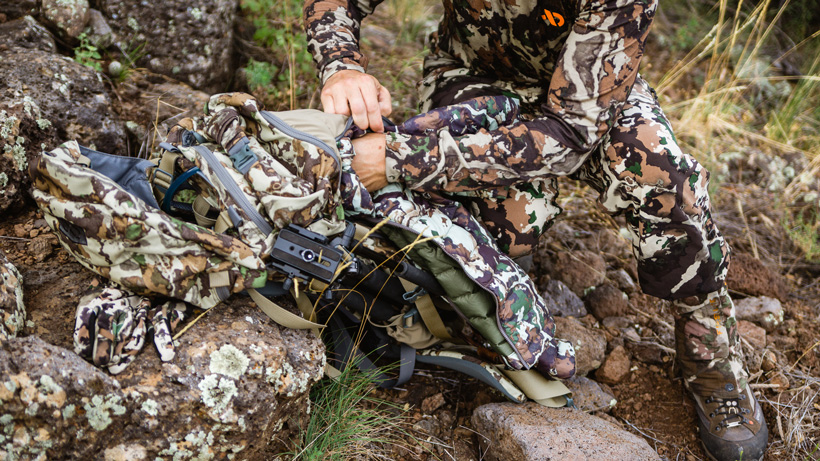 It was the eighth day of a backcountry elk hunt in Colorado and we were on a herd of elk. The bull was fired up and ready to fight. At noon, he let his presence be known by everything around him and we closed the distance. After a short raking/bugling match the bull was standing at 24 yards broadside. What more could I have asked for? But, as I sit here and reflect on that moment, the one thing I wish I had then was composure. The truth is that I don’t even remember pulling the trigger on that bull. It was as if I consciously checked out. From the pin I used to the spot I aimed, it’s all lost to me. If composure were in my toolbox, I may not have hit that bull in the shoulder and lost him. Keeping cool in heated situations is an absolute must in bowhunting because things can get pretty hot pretty quickly! It’s important that we are able to think clearly and remain somewhat calm in these moments. We’ve got a job to do and taking a life is not an easy job. The hard part about this is we only get so many opportunities to practice this skill in real life hunting situations. It can be learned over time, but time is key here.

While nature might move at a slower pace than the city life we are used to, when things do happen, sometimes they happen very quickly. Not too long ago, I had the privilege of taking out a first time elk hunter. He was lucky enough to draw an early archery bull tag here in Arizona and was eager to get after it. At about 1 p.m., without yet a solid opportunity, we worked our way along a north face in hopes of getting a bull to bugle in his bed. Out of nowhere, I heard a noise that is usually a telltale sign that an elk is busting you. After a few cow calls and bugles though, the lone 6×6 walked right back up the hill to us into 35 yards. However, when he did, the hunter didn’t draw his bow back in time to get a shot and was never presented with another opportunity. Being able to think quickly in these situations could often be the difference in filling a tag and eating tag soup. I’m sure there are quite a few situations that we can all think of off of the top of our heads where we could have done something different. But, because it didn’t hit us in time, we lost out. I’m not saying that we need to make rash decisions, but I am suggesting that we try to always be ready as things can turn around quickly. 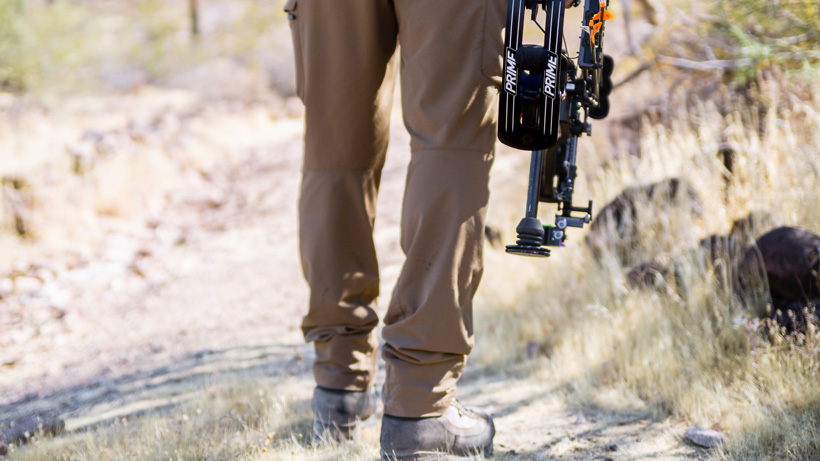 Bowhunting is a game of the mind. It’s about thinking several moves ahead in order to outsmart our quarry. Whether we are trying to pick out the best location for a treestand or planning the perfect stalking route, we are actively problem solving and digging for a way to make things work in our favor. The feats that we are trying to reach are not easy and definitely require some forethought. Think about it. We are trying to go into an animal’s home and outsmart them on their terms. This is a never ending mental battle with bowhunting and, while it’s a necessary skill, sometimes I’ll even do it to a fault. There are times when I will overthink a situation and end up doing more problem solving than hunting. That doesn’t just lie with me either. I’ve heard and seen others do the same and take themselves out of the game because of it. Fear of failure can sometimes actually lead to failure itself. While problem solving is important, we need to do it rationally. 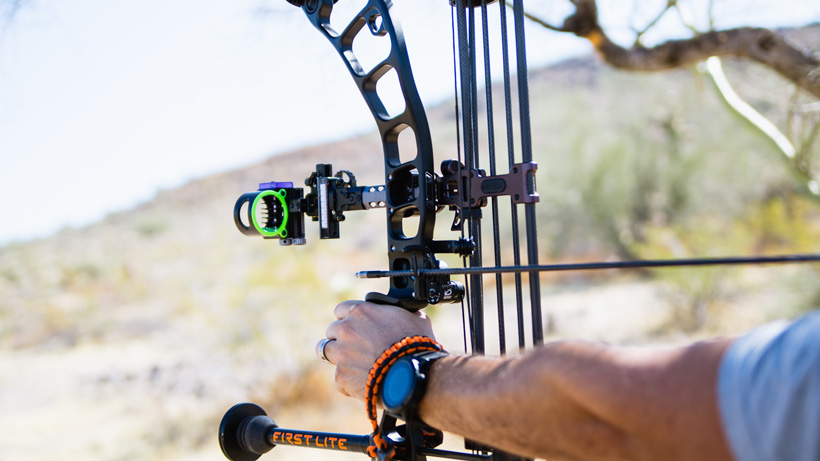 On not mention shooting ability in a piece about skills needed to archery hunt would be a travesty, right? No matter how important it is, this is something that many people take for granted each and every year. A good friend of mine’s family member recently drew a coveted Arizona elk tag that many would pay a year’s salary for. During the hunt, he got several opportunities at world-class bulls but came up empty-handed. This was all due to him not making shooting a priority. We can be good at everything else involved in bowhunting, but if we can’t shoot the broadside of a barn, there is no period at the end of the sentence. This is truly the part that separates the tag from being wrapped around the animal. It’s also our responsibility to make the best shot that we can deliver a quick and clean death. Make shooting a priority and not just one week before hunting season. 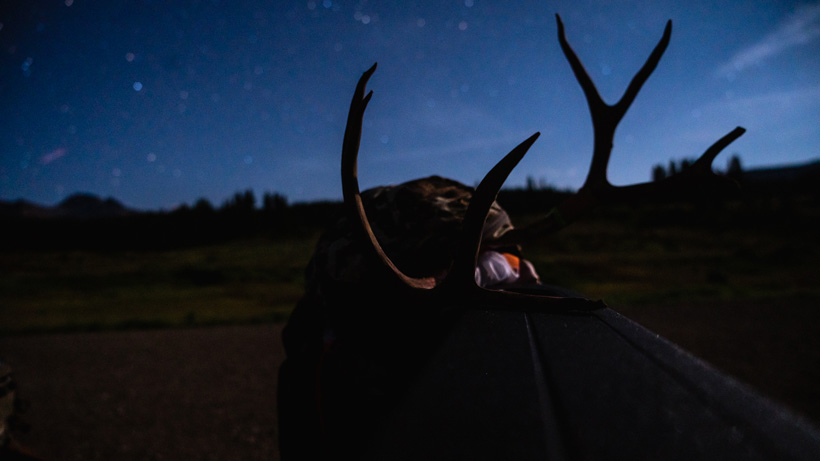 Compiling all of the skills it takes for archery hunting would end up being a book rather than an article. The points I’ve mentioned above are ones that, ultimately, have stood out to me over time and remain constants. Even with all of them mastered, you’ll still fail out there, which is, perhaps, why those who love bowhunting love it the way they do. There is no “having it all sewn up” mentality. We’ll never have it all sewn up. It’s the chase and journey of a bowhunter that draws us in. It’s the feeling of success when it finally presents itself after the adversity. It’s a lifestyle and a damn good one.