What is the ideal draw weight for bowhunting? 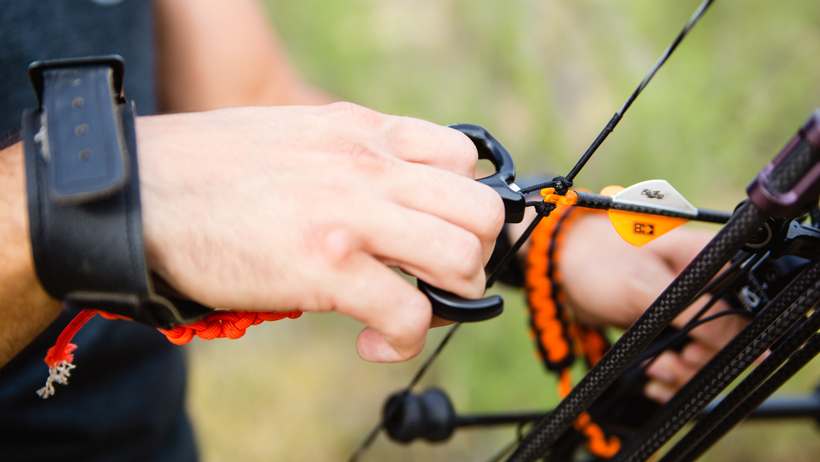 Drawing a bow for the first time was actually concerning for me as a youngster. It felt so tough getting that thing back! I couldn’t imagine at the time actually being in the hills and pulling back that string in a composed fashion. Pulling 50 lbs at the time, I also couldn’t imagine pulling anything more than that. As a new bowhunter, finding out what draw weight is ideal for you and for the animals you’re hunting is a common question. Does a hunter go with as much weight as they can possibly pull back for more speed and knockdown power or with something a bit lighter that’s easier to control? With the different theories on the matter, choosing a direction to go can be quite confusing. All of us want to have a good experience out there, so the concern is understandable. Theories aside, let’s unpack this a bit and take a look at how to find the ideal draw weight not just for bowhunting, but for you. 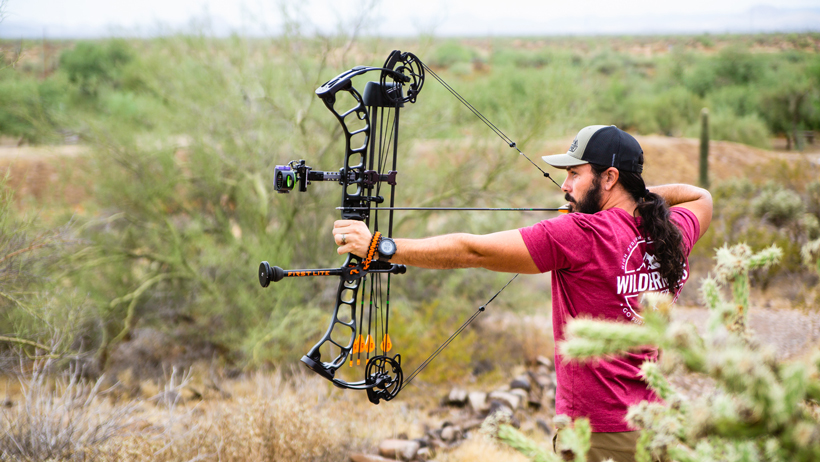 Let’s talk about what draw weight actually is for a second and for those new to all of this. Draw weight is the amount of weight, in pounds, that you have to pull against to get a bow string all the way to full draw. Meaning that if a draw weight is set at 50 lbs, the shooter will need to apply 50 lbs of force at some point during the draw cycle to get the string all the way back. This is not a one-size-fits-all situation, which is great. It gives folks the ability far and wide to pick up a bow and learn to shoot. Some people are comfortable drawing 40 lbs while others are comfortable drawing 70 lbs. The more draw weight there is, the faster the arrow is going to fly. Draw weight is something that a hunter can progress with, too. When I first started, 55 lbs felt like a lot and I literally could not pull 70. Now, I can pull 70 with ease. The fact of the matter is when you draw a bow, you are using muscles that don’t get used too often. With time, those muscles will get stronger if you keep shooting. Keep in mind, nobody should feel like they have to increase their draw weight in order to do what everyone else is doing. If 50 lbs feels great to you, then stick with it. 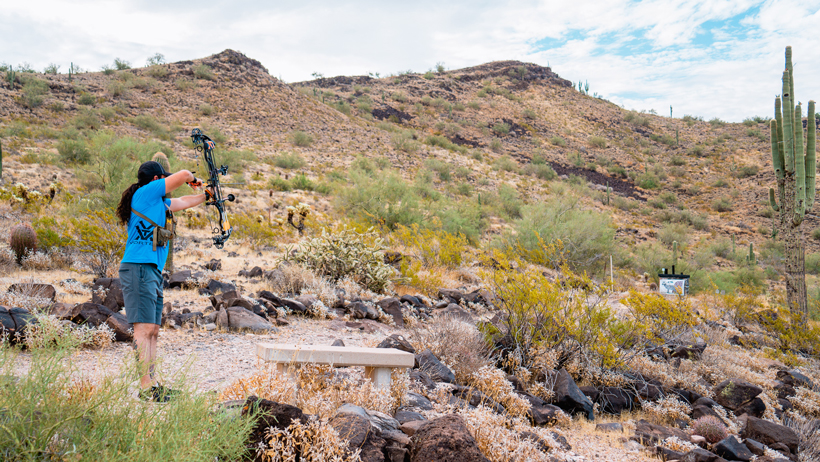 In the name of delivering a quick and just kill, there are some minimum requirements in place when it comes to draw weights. These requirements drift a skosh from state to state. Most of them have a minimum draw weight of around 40 lbs. Some states — like Alaska — actually have minimum draw weights set in place for specific species. For deer, they require 40 lbs; however, for bigger game like moose they require 50 lbs. There are also states that even have restrictions on how much let off you can have. Colorado, for instance, has an 80% let off rule; no more. We’ll chat more about let off later. In terms of being able to effectively take a big game animal, a general rule of thumb is 40 lbs for whitetail deer-sized game and 50 lbs for bigger animals like elk. The bigger the critter, the tougher the hide, thicker the bones and the larger the chest cavity. There’s just more animal that the arrow has to travel through with bigger obstacles.

Let off and draw cycle 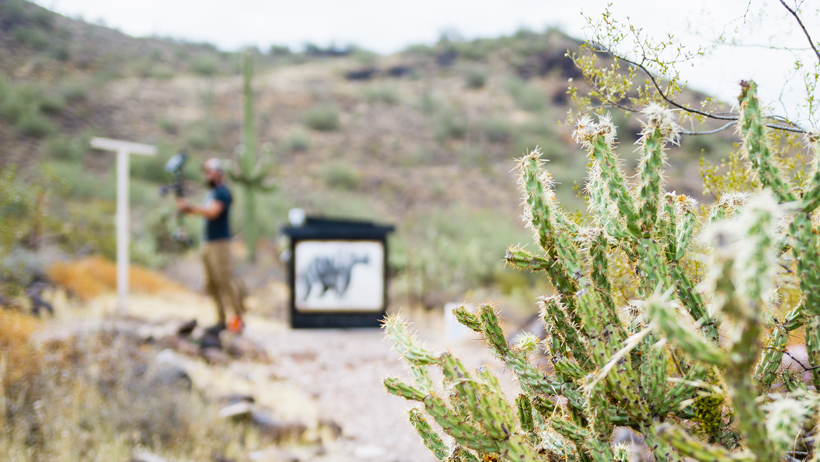 In order to explain let off, I think it’s important to touch on the draw cycle. Compound bows have what is called a draw cycle. You may have heard folks say stuff like, “This bow has a super smooth draw cycle,” or even the opposite. This cycle is what happens in terms of how much weight you’ll pull from the moment you start pulling the bow string until you reach full draw. There is the start of it all when you start pulling and feel some weight. From there, you’ll reach a peak draw weight (this is when you actually hit that 50 lbs if your bow is set to a 50 lb draw weight). Then the weight starts dropping off, followed by the valley (minimum weight). After that, the weight will start climbing just a tad followed by hitting the back wall at the end. Where the weight drops off is the let off. This is how folks are able to hold their bows at full draw so long. An archer with a 50 lb draw weight isn’t holding 50 lbs at full draw. If they have a bow with 80% let off, it’s more like 10 lbs that they’re holding. There are bows with 65% let off all the way up to 90% let off. And, like I said earlier, pay attention to the regulations where you plan on hunting. Some states, like Colorado, have a let off restriction of no more than 80%. Spend some time to find the draw cycle you like the most. Some bows are smoother than others and some are much more aggressive. The more aggressive, the faster the arrow is generally and the less valley there tends to be. Shoot what feels best.

It’s not all about power

There is a lot of hoopla around pulling a ton of weight with your bow. Faster arrows, more kinetic energy, etc. On paper it looks great, but it’s definitely not needed and most definitely not for everyone. The standard of 60 to 70 lbs is more than enough for North American big game. However, there are some folks who want to pull 80 to 90 lbs of draw weight. There is nothing wrong with this at all for them. What is right for you might be a different story, though. Don’t think that you’ve got to conform and pull a ton of weight because you absolutely don’t. If that’s something that you’d like to build up to, then more power to you. And that’s the key: you build up to it. This is a good way to hurt yourself if you’re not used to it. So, take the time to build up to it if you’d like and don’t “overbow” yourself. A good rule of thumb is if you can’t hold the bow straight out in front of you and draw the string back slowly, you’re most likely pulling too much weight. There is no shame in that. That shines light on a stealth aspect as well. If a hunter is making an exaggerated movement in order to draw their bow, that opens up a bigger possibility of the animal seeing them before the arrow is off. There is a little more depth to it than just power. 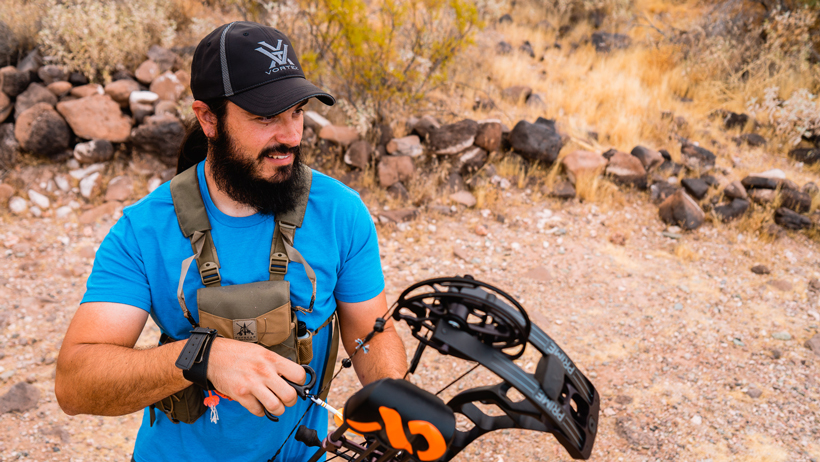 In the end, all of us are different. What the ideal draw weight for you might not be for someone else. For someone bowhunting lions in Africa, it is required of them to pull 90 lbs. That is a stark difference from the blue collar hunter heading to their stand for an evening sit in the whitetail woods. 50 lbs is plenty for them. So, really, our draw weights are a reflection of not only our physical ability, but the places and animals we hunt. Hunters who prefer taking longer shots might have a potent interest when it comes to increasing draw weight. They’re going to get a faster arrow and more kinetic energy out of it for those longer shots. Whereas someone spot and stalk hunting antelope might want the ability to draw their bow back incredibly slowly to avoid those keen eyes. A slightly lower draw weight might be best for them. Through all of that, though, be honest with yourself and do what is most comfortable for you. As long as your draw weight is within the legal bounds of the state you’re hunting, have fun and make some memories out there. What is ideal is individualistic.