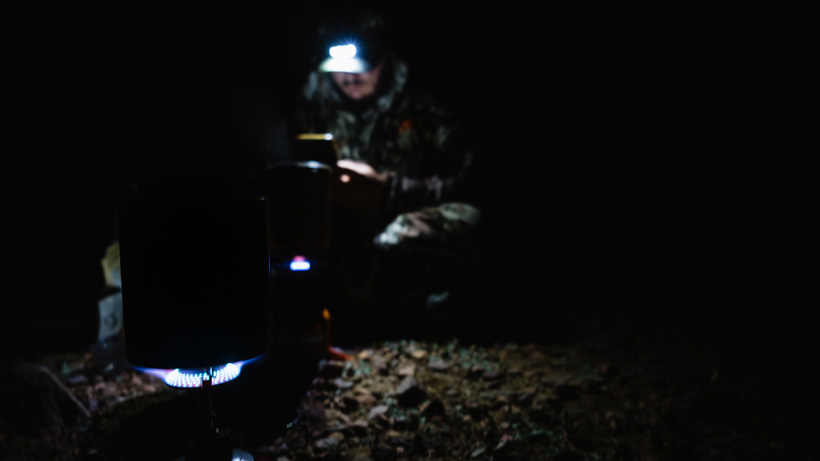 To contrast the recent piece I did on three things to think about in the heat of the moment bowhunting, I thought it would be good to share what NOT to think about because that is just as important. Just as there are certain things to think about that will aid us, there are also things that can tear us down—things that can have a real effect on the outcome of a situation. Stuff that will take any semblance of composure and throw it out the window. We’ve all been there when there’s one thing that just makes us melt. It comes on without warning and we don’t know it’s going to have an effect on us until it’s too late. When you’re trying to put yourself in the red zone of an animal, though, what do you expect? It’s bowhunting and a very real part of it at that. However, let’s take a look at some common things known to break hunters down when the fever hits. 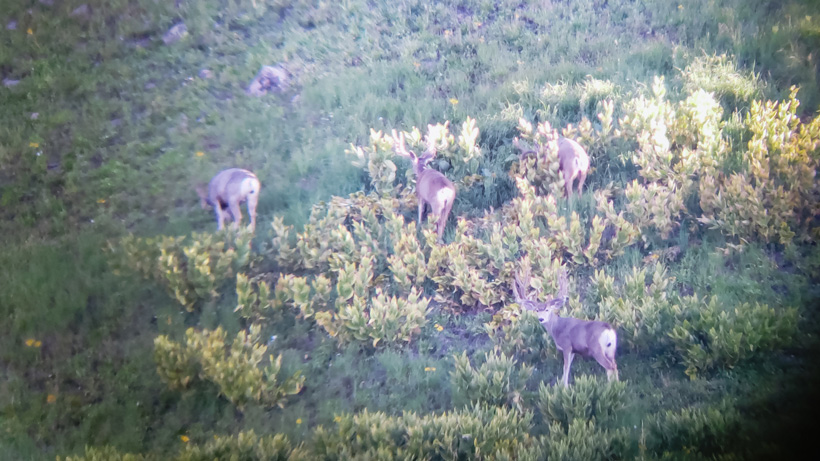 More than a few times, I have heard hunters say, “I don’t like to look at how big they are.” The animals that we are so fortunate to hunt have a way of taking hold of us. It’s natural for them to captivate a hunter from time to time. I know whenever we glass up a big animal, it’s like we can’t look away. Our eyes are drawn to it like a mosquito to a bug light. They are so entrancing and breaking our gaze just isn’t in the cards at the moment. That’s how folks act when they are far away imagine what can happen within bow range! The sheer size of an animal is sometimes enough to freeze a grown adult into submission. This is way easier said than done, but once you’ve identified the animal that you are trying to harvest, focus on “the spot.” Don’t worry about those big antlers or how broad the shoulders are on that bear. Taking a shot on that big buck is no different in terms of the how than taking a shot on a small buck. This difference is all in our heads. “The spot” remains the same. 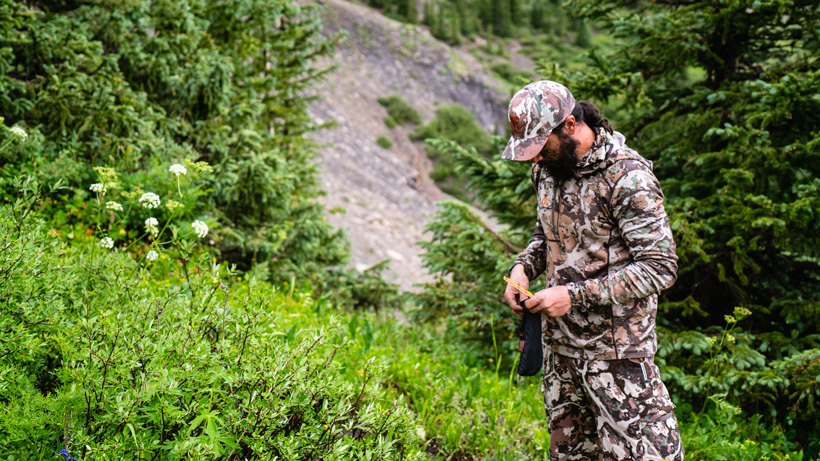 This bowhunting stuff is all about confidence. Confidence is the deal sealer and what will push you closer to your goals. It’s what will change you from saying, “I think I can” to “I can.” Or from saying, “Maybe” to “Yes.” Confidence is the follow through you need to cross the end zone. This leaves “doubt” being the big dude that’s about to pummel you into the ground before crossing the goal line. So, doubting one’s self is a great way to keep yourself away from your goals. Take this way of thinking into the heat of the moment—in the red zone. You’re at full draw on an animal, but, in the back of your mind, those last two misses are rolling like a broken record. You just can’t shake it. Little by little, they eat away at your confidence and doubt sets in. “Can I even do this?” Man, I’ve been right there before. The answer is yes, you can. Holding onto past failures or flaws doesn’t bode well for the future. Let go of the past and take hold of today. You’ve got this. 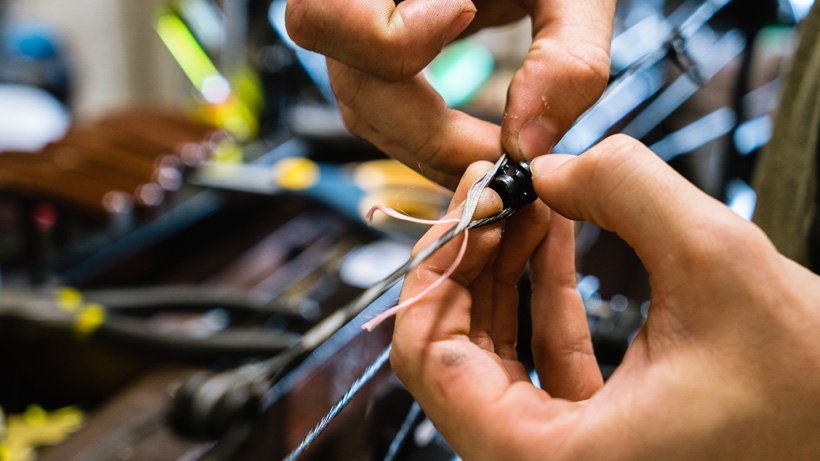 Along with doubting yourself, doubting your equipment doesn’t do you any favors either. Once something goes wrong with equipment, it’s a hard thing to let go of. I once had a faulty release that made me punch myself in the face. Yeah, that was funny for any critters looking my way, I’m sure. After that one time, it was pretty difficult to have the confidence that it wasn’t going to happen again. It’s similar to the first time a rattlesnake jumps up and rattles at you. After that, in your head, there are rattlesnakes behind every rock and log, just waiting to scare the daylights out of you. It brings a whole new level to “walking on eggshells.” The best way to eliminate this is by dialing in your equipment ahead of time. Go through everything on your bow and make sure it’s all up to par. Got a D-loop you’ve been worrying about breaking? Change it. Is your peep starting to twist? Fix it. Did you leave your sight in at “it’s good enough?” It’s not good enough. Wash this stuff away so there isn’t any doubt about gear in the back of your mind. From there, it’s all on you. 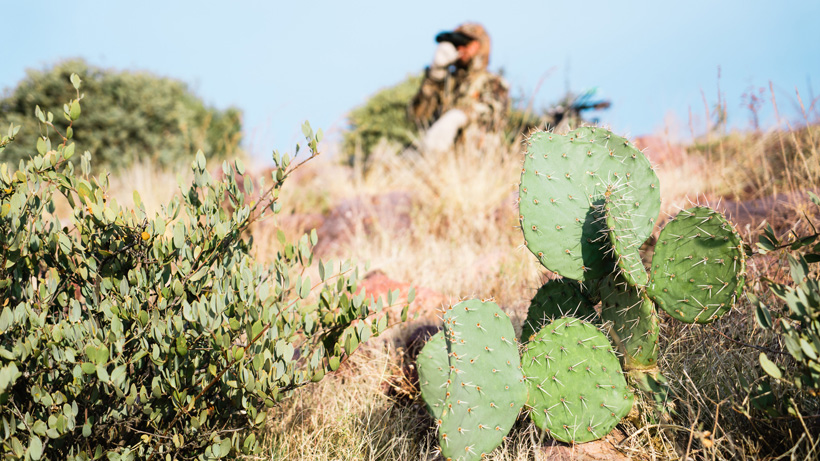 Whether you are new to bowhunting or not and are reading this, let me say three things. First, thank you for getting this far in the article. Second, if you are new, I’m stoked for you! Bowhunting is such a thrilling experience and you’ve got a lot of firsts ahead. Lastly, you could read this 1,000 times and still get caught up in some of this stuff. Just know that it is completely normal.

One of my favorite stories that I have from my youth of dealing with the heat of the moment is from the first time I ever went bowhunting. It was a December mule deer hunt that took place in northern Arizona. My dad and I were set up in the bottom of a draw on a prominent trail playing the waiting game. Right as the sun started crawling up over the horizon, I got a glimpse of antlers. These antlers were thrashing the brush around on top of the ridge and were attached to a big-bodied mule deer buck. The old buck eventually made his way right down toward us. As he got closer, I could see his breath glowing in the sunlight. It was like smoke rising out of a chimney on a crisp morning. And then there was the white patch. Oh, the white patch on this buck’s back is an image burned into my memory. The seasoned muley walked right by me at a mere 10 yards with my hand never grabbing my bow. Why? That white patch I couldn’t stop thinking about. It left me powerless at the time. That was the first time I got caught up in the heat of the moment and it definitely won’t be the last.