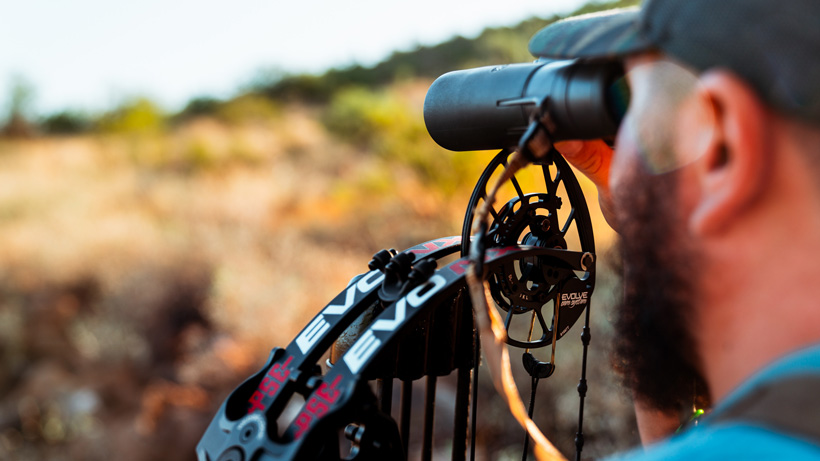 Each year that goes by, more and more people are reaching out and touching ranges with arrows that exceed into the triple digits. The regularity of this is rather new in bowhunting as bowhunting has and always will be about getting close. It’s about those intimate encounters with an animal that make our hearts feel like they are going to rip through our shirts. And it’s addicting to say the least. Just because this is all about getting close, though, doesn’t mean that we shouldn’t be practicing at these aforementioned extraordinary ranges. In fact, I’ll go as far as to say it’s necessary, especially for western hunting. This isn’t going to be a piece advocating shooting animals at rifle ranges with a bow though. This is going to be a piece that simply goes over the advantages of being accurate at those ranges. All of us want to get better and this is one of the ways to do so.

Make those shorter shots even shorter 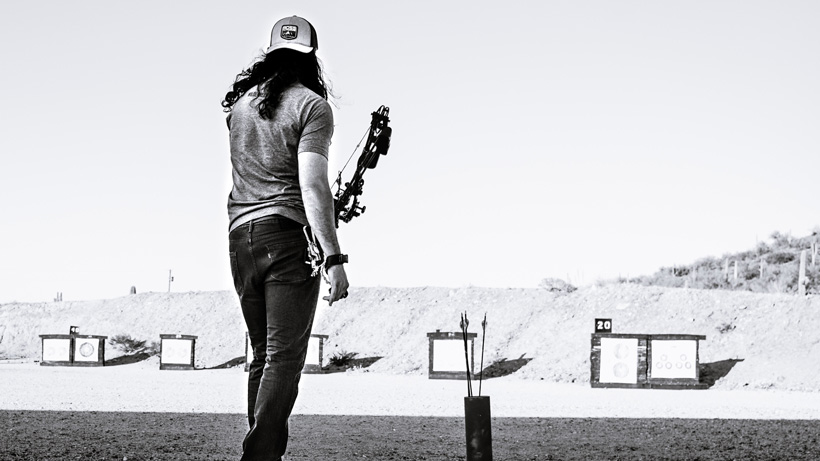 We’ve established that there is a thrill like no other getting close to animals with a bow. And that is exactly what we should strive for; however, being accurate during these vein popping encounters is much harder than being accurate on the range. So, in the name of accuracy, there is something that we can do in order to tighten our groups a bit.

The next time you’re at the range, just shoot longer ranges for the first bit. I’m talking 60+ yards. Really get comfortable at these extended ranges. Then, go back to 30 to 40 yards and see how you feel. My money is going to say that 30 to 40 yards feels much more comfortable and even looks a lot closer than it once did. The whole point here is that if you get proficient at longer ranges, you’ll elevate that proficiency even more at the shorter ones. By doing this, we should be able to lessen the effect that the slobbering bull elk will have on where our arrow actually hits.

That trusty 20 yards in the backyard has a way of building up a bit of complacency. Ultimately, we get used to shooting this short distance and start to not care as much because we are of course the 20 yard masters by now. Well, I’m here to tell you that you can be even better. Turn that 20 into a 70 or 80 and see what happens. My guess is that you won’t feel as good as you did at 20. The fact of the matter is that there is only so much you can see in the name of fault at shorter distances. By increasing that distance, we’ll magnify these faults. We cannot fix what we cannot see and this is a way to get around that. Embrace the likely larger groups you’ll have and pay attention. Maybe all of your arrows are suddenly hitting to the left 6”. That left hit was probably always there, but it may have only been a quarter-half inch at home. By making a slight windage adjustment, you’ll not only be in the center long range, you’ll be pummeling it at shorter ranges. 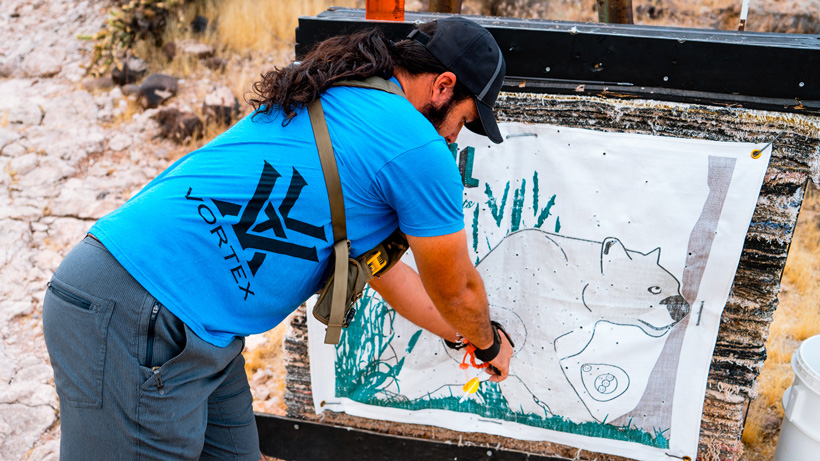 This also goes for magnifying inconsistencies as shooters. We are anything but perfect and that will shine through in archery. A hunter can really get their form dialed in practicing at longer ranges. I remember my arrows kept hitting left one evening. I knew it wasn’t a sight adjustment because I was there the day before and it was fine. It turns out that I was applying too much face pressure at full draw. This caused my bow to jump left on the shot; hence, the left hits. Once I figured that out, I was miraculously back in the breadbasket. 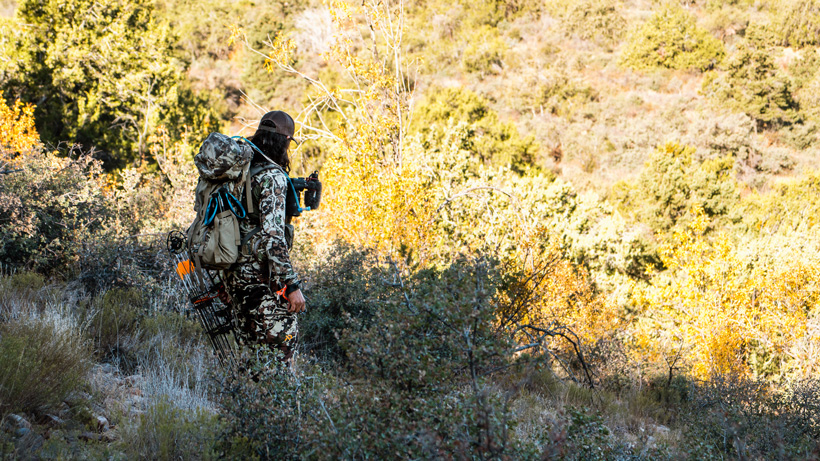 In a perfect world, we’d all make the perfect shot the first time on every animal. If you’ve hunted long enough, you know that things are rarely perfect. Sometimes things happen. An arrow might deflect off of a branch. The animal could take a step right as the bow goes off. Maybe you just screwed up and got nervous. The list goes on. Because of this, having the ability to take a follow up shot when you can is huge. Animals are rarely going to run towards you after the first shot, so these will be longer shots. I’ll stand here right now and say that if I have an arrow in an animal and they run out to 100 yards and give me another opportunity, I’m shooting again if I can. The reason is that, at this point, I’ve already touched them and it’s my responsibility to end the situation. If you’ve got the ability to get closer for the shot, then by all means go ahead. A lot of times you just don’t though. This could literally be the difference of finding an animal and not finding them. So, by getting dialed at those longer ranges, you’ll up the odds even more, be prepared, and possibly even be able to rectify an “oops” that may have happened at short range. 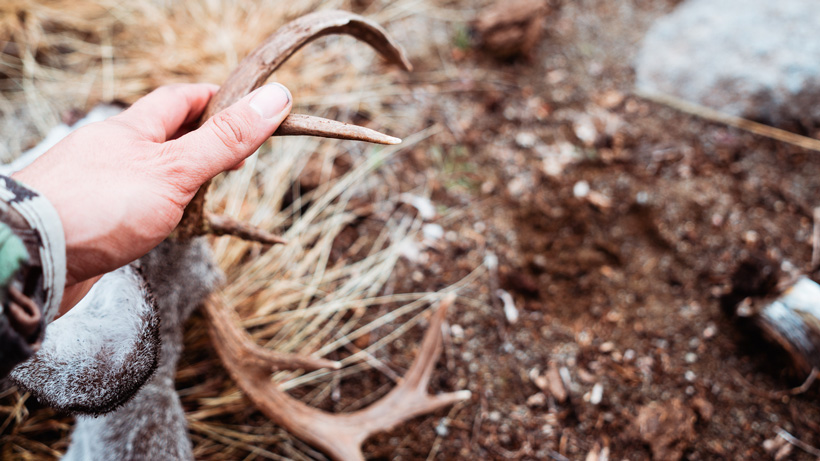 Bowhunting is a never-ending journey. One of progression. With each passing season, we excel farther than where we started. Always looking to take the next step and get better at the craft that is archery hunting. We take into account our stalking abilities, wind reading skills and concealment. Hunters spend time learning about the species they are pursuing and the country that they inhabit. Hours are poured into map work. Why wouldn’t someone want to be more proficient with their weapon? It’s the thing that is going to put a period at the end of the sentence. If you ask me, that is something that everyone should invest time into. Shooting your bow at these longer distances is a great way to push the envelope on your ability. And don’t think that you need the best gear in the world to do it. All you need is a willingness to learn and grow as an archer. Skill is much more valuable than gear. After that, the rest will take care of itself. Shoot straight and shoot great.