Three reasons why your arrow isn’t hitting the bullseye consistently 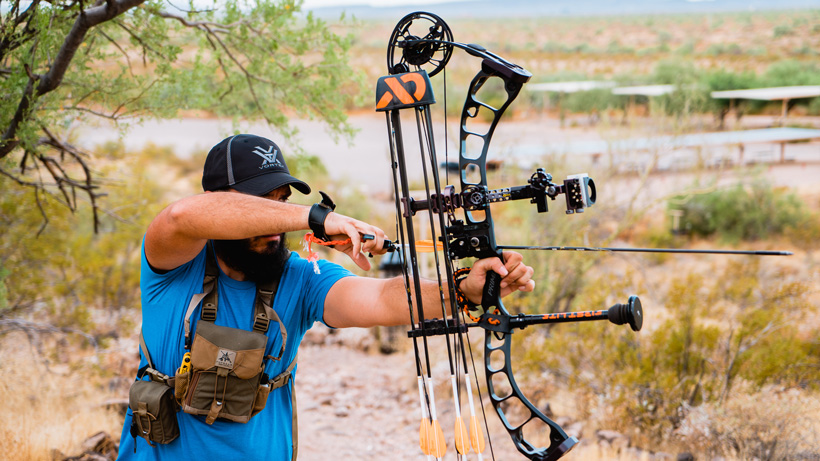 There is nothing quite like coming to full draw, feeling a shot break clean and watching your arrow sail right into “the spot.” It’s one of the wonders of archery/bowhunting and an addicting feeling at that. Achieving it, though, is sometimes easier said than done. We’ve all been there. Sometimes it feels like your arrow can’t get away from the bullseye. Other times it feels like there is a magnetic shield that’s keeping the arrow from hitting it. Consistently hitting what you’re looking at is all about being able to do the same thing over and over again. Repeatability is huge in archery. As humans, though, we are not perfect and harnessing that can be difficult. While we may not be perfect, I do think we can be “almost” perfect in our shooting. It just takes time. Here are some common mistakes that keep bowhunters from achieving that.

Let the bow shoot itself 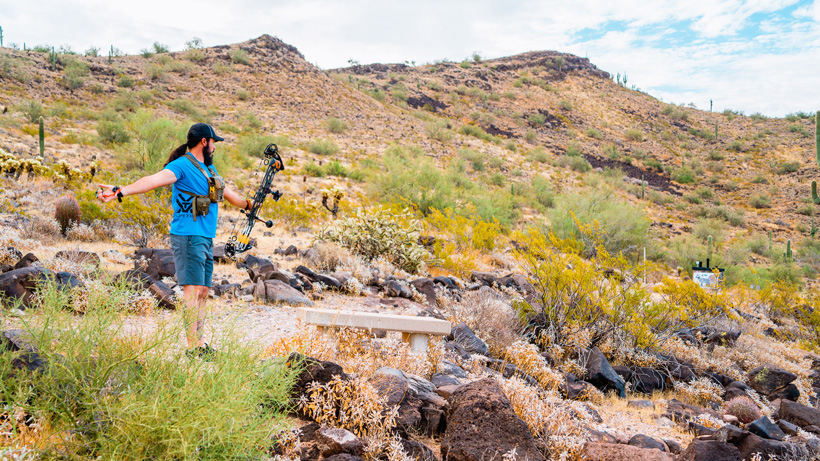 As I said above, we are not perfect. Putting a bow in a machine like a hooter shooter will shine light on that. The machine is absolute and is a master at repeatability. This is where we fall short. So, how do we handle this? My take on it is the less intrusive you can be, the better. What I mean by this is relaxing. We need to relax during our shot process and apply as little tension as possible. Human force is where a lot of error and inconsistency is caused in archery. By taking that away as much as possible, we’re decreasing the effect.

The death grip on a bow is one of the most common issues. Gripping the bow as if it’s gonna run away on you does not bode well for consistent shooting. It puts a lot of tension in the mix, which can cause uneven pressure on the grip, torque and inevitably shake. None of that spells good shooting. Relax that grip and let the bow just sit in your hand at full draw.

Another common one is a flexed bicep in the draw arm at full draw. This absolutely has an effect on a good clean release time and time again. It’s natural to be flexed while pulling back 60 to 70 lbs. Once at full draw, though, relax that bicep and let the pressure rest in your back muscles. These are the muscles that should be pulling through the shot, not your arm. These bows are machined to dang near perfection and can hit bullseyes just fine without us. So, let them do the shooting and relax as much as possible during that process. 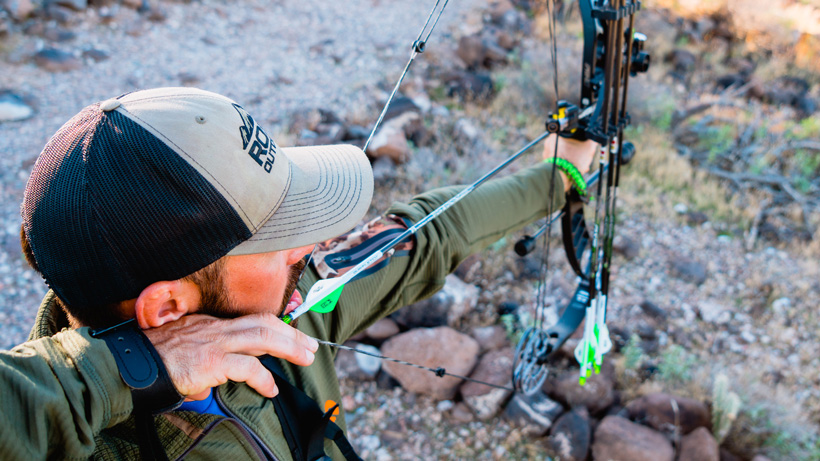 If a person went and observed others shooting their bows at the archery range, it’ll become quite apparent that nine out of 10 of them are punching the trigger. What I mean by this is they come to full draw, anchor and hit that trigger like it did something wrong. This right here is probably the most common culprit of inconsistent shooting. And it really all stems back to one thing. We are control freaks. It brings on an uneasy feeling not knowing exactly when that shot is going to go off. Because of this folks end up in a panic, followed by doing a “drive by” as their pin floats across that bullseye. In turn, they smash the trigger into oblivion. So, what do we do about this?

There are a few routes to go in order to fix this issue. I’m going to tell you, though, that this is largely a mental thing. The first is just trying to change up how you are using your release. Truly learn how to use it from someone who knows what they’re talking about. Coaching can really level up your game in the field. Most folks don’t take the time to do this and end up with problems down the road. If you learn the right way right off the bat, you won’t know the wrong way. 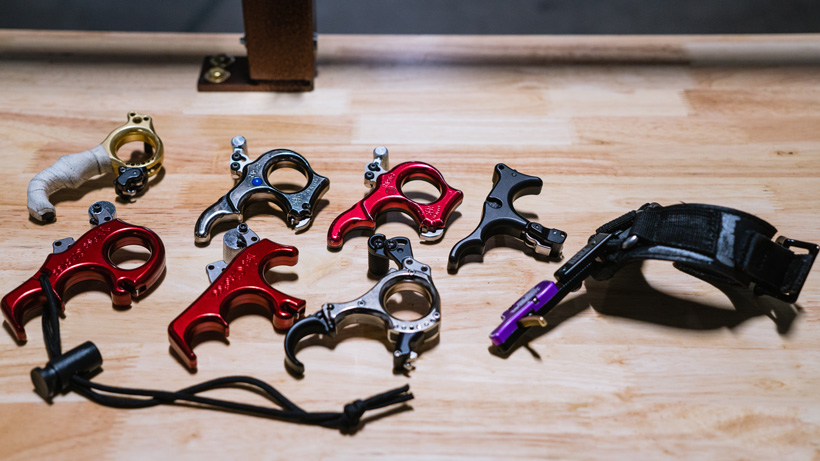 Another route is changing your release completely. And I mean completely. Like going from a wrist strap to a hinge or thumb. Habit is a hard thing to break. With a new release, there is no habit to mention. This will change the process, thus letting you start anew. Before doing this, though, take the above advice and really learn how to use that new release. I did this early last year and it helped immensely. 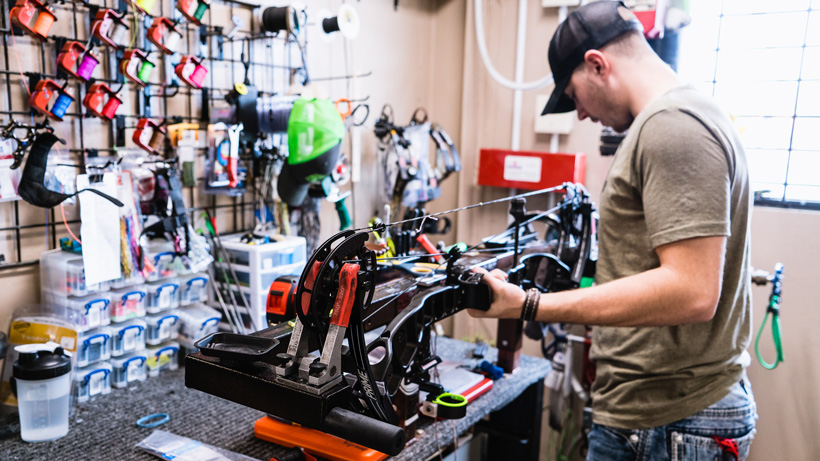 No matter how good of a driver someone may be, if their vehicle isn’t up to snuff, then there are going to be issues. The same way of thinking can be transferred right into shooting a bow. While these bows we have are masterpieces of machinery, they do require some attention just like a vehicle. There are a multitude of things on a bow that can cause less than desirable shooting. Just a simple tune can do wonders and it perplexes me how many folks just grab a bow off the shelf at a big box store or order one online and call it good. They may be ready to shoot, but they are not ready to group. A person can have the best form in the world, but if the bow isn’t tuned, it isn’t going to perform and they are fighting a losing battle.

How you end up tuning a bow is completely up to you. Paper tuning, walk back tuning, bare shaft tuning, etc. They are all good and get the job done. There are arguments for each one of these over the other, but the point is: make it happen. If an arrow isn’t coming out of a bow straight, the results are going to be poor downrange. It also will have an effect on things like penetration. For maximum penetration, an arrow needs to be traveling straight as can be, so that force is fully put into heading straight down the shaft of the arrow. If it’s off, then you’ll lack in penetration no doubt. 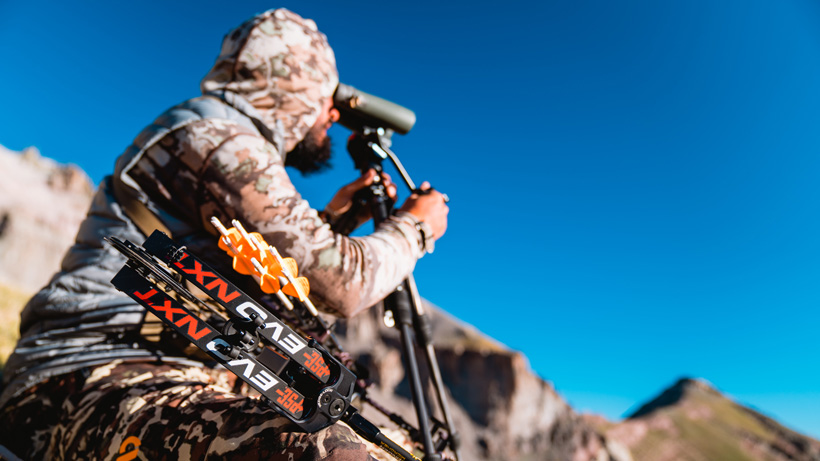 What I’ve mentioned above are merely what I truly believe are some of the most common issues folks come across in a lack of archery accuracy. Things that show face time and time again. However, there is a laundry list of different problems that you might face in light of the subject at hand. The point is to get it handled and know that everyone has to deal with bad shooting now and again — whether it’s by their own hand or equipment. Achieving consistent accuracy in archery is completely attainable by most folks. Like anything in life, though, it takes hard work and dedication. If you want to be accurate with a bow, you will be. End of story. Now go blast out that bullseye — or better yet — that tuft of hair on your dream buck.

Other important bowhunting-related articles that you find interesting: