Three reasons for shooting a bow with both eyes open 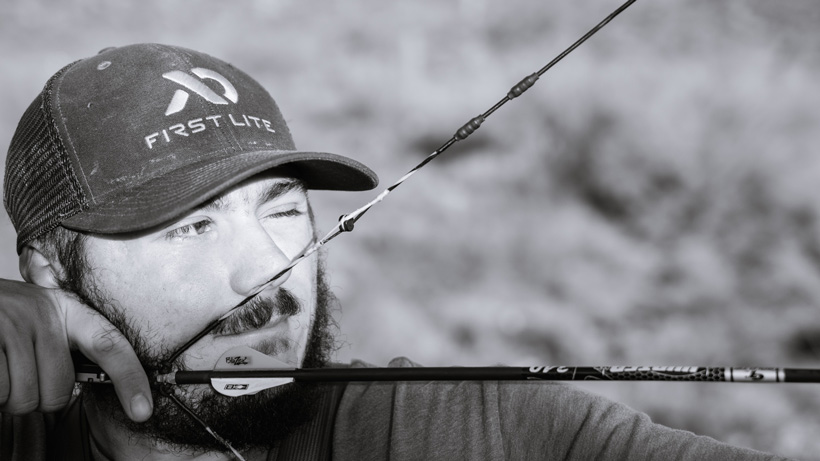 For the vast majority of new archers out there, shooting a bow probably looks a little something like this. They attach the release, pull back, start aiming with one eye through the peep (cause that’s how we “aim”) and let it rip. The part that I’d like to pay attention to within that sequence is aiming with one eye bit. We’ve all seen the classic shot of someone aiming a gun with one eye closed. It transfers right over to shooting a bow. For the most part, it works out just fine, but there are definitely some drawbacks to only having one eye open at full draw. This is something that I personally struggled with in the past, but after learning to shoot with both eyes open, I haven’t looked back. Let’s explore that a minute and chat about why you might want to consider opening up that other eye when looking through the peep. 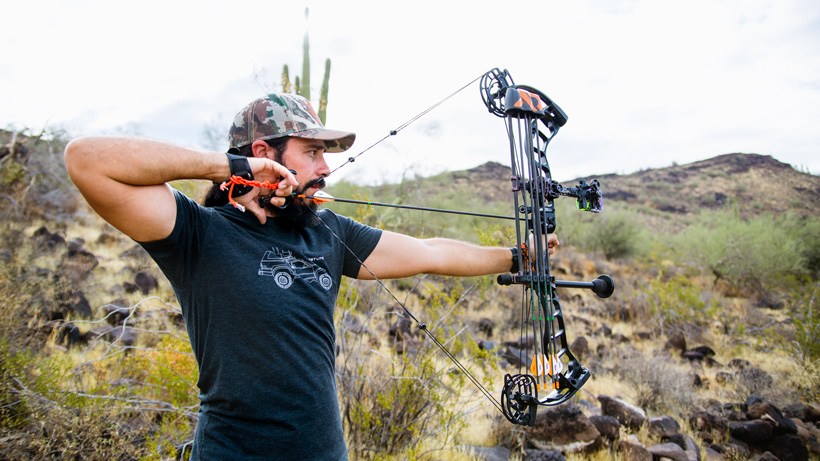 Something that would constantly happen after a long session at the archery range for me was eye fatigue. I’d shoot for a few hours on and off and, once I was done, my vision would be blurry in one eye (the one I closed) at the end of my stay. It was because I was constantly having one eye closed. Doing this over and over again is bound to make that happen. Keep in mind, I’ve got 20/20 vision as well. Nonetheless, it would take me probably 20 minutes or so until my vision went back to normal. On top of that happening, I’d notice that my one eye could only stay open for so long at full draw. If I were practicing holding for a while and then shooting, my view would start turning black, causing me to reevaluate my aiming afterwards. This would mean that I’d have to actually be at full draw longer than I wanted, which had negative effects on my accuracy downrange.

Once I started opening up both eyes, the eye fatigue was absent from the equation. Looking downrange is something I could do all day without my vision fading. And, at the end of a long practice session, I didn’t feel like I had to wear an eye patch to avoid the one blurry-vision eye. Shooting with both eyes open made sense on the range and it makes even more sense in a hunting scenario. 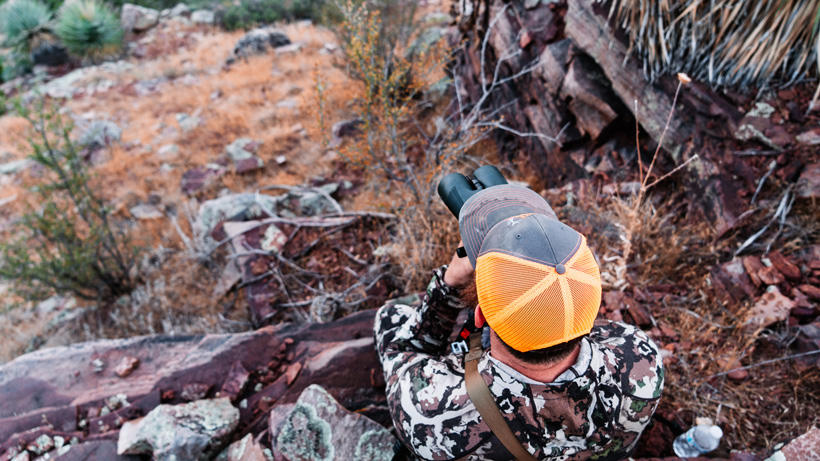 Bowhunting is a very visual thing. Our eyes are one of our most important assets in the field. They find animals for us, see shooting lanes and, ultimately, line up that game day shot. If one eye is closed, plain and simple, we are seeing less. You’re shutting down essentially one whole side of your vision during one of the most important moments in bowhunting: the shot. This can have ill effects on things like seeing that bull walk out from behind that tree and off to your side. It can also have a negative effect on actually aiming at an animal. I’ve been there and it’s one of the main reasons I switched up my game.

A few years back, I was on a spring black bear hunt here in Arizona. After crossing a demanding drainage, I found myself standing a mere 25 yards from a boar mating a sow. Once that boar let the sow go, a shot opportunity eventually presented itself. As I was looking through that peep and deep into the hide of that bear, tunnel vision took over my sight. It was as if the only thing I could see was that section of bear I was aiming at. This was a problem because I honestly couldn’t tell where on the bear I was aiming. Over and over again, I’d have to open my other eye to make sure. Luckily, I came home with that bear, but the aiming bit bothered me. It happened on other species as well and I daresay may have caused a few bad hits. Since learning to shoot with both eyes open, I’ve never had an issue aiming at animals and I’ve never been more accurate on them. 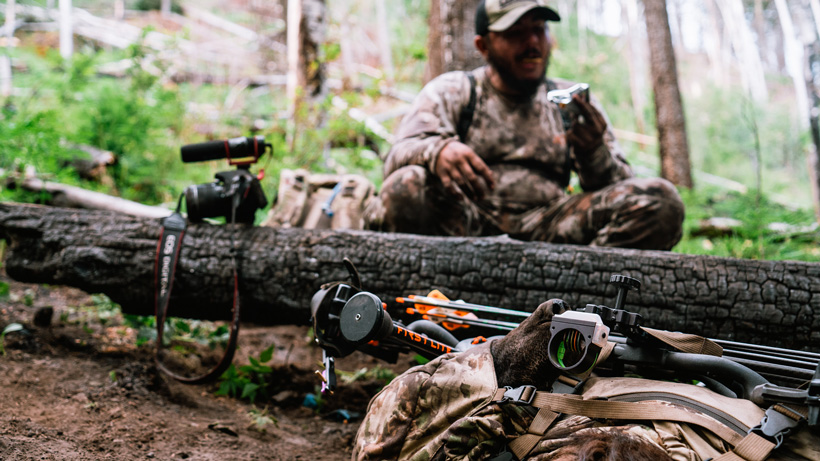 Bowhunting is a game of inches, but it’s also a game of seconds. Seconds matter with a bow in your hand. It could be the difference between you going home with a story of “almost” and coming home with a densely packed cooler courtesy of the mountains. If a hunter is having to intentionally close one eye just to aim, it’s eating time. How many times have you seen someone at full draw hopping back and forth between both eyes open and one eye closed? I’ve seen it quite a bit. If that person was able to cut one of those actions out, like closing one eye, they’d be much more on point and ready for a shot quicker. It takes time to go from both eyes open, see the target, then start to close your eye and aim. With both eyes open, a hunter can be waiting at full draw and ready for action at the drop of a hat. Time is money and seconds are the change that adds up over that time.

That bear I mentioned above was one that I almost didn’t get a shot at due to this. He was walking from left to right and was about to disappear from my view. I had plenty of shot opportunities before actually shooting, but because I had to keep re-aiming, taking them wasn’t in the cards. We only get so many opportunities at being in situations like this and I almost lost that one — all because of one eye or lack thereof. 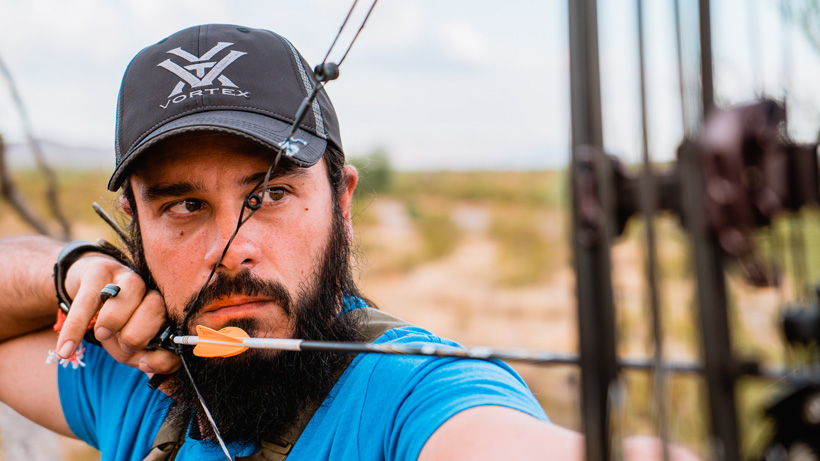 Before we totally cap this piece off, I’d like to point something out. If you haven’t had any issues with one eye closed, then by all means, keep doing you. I don’t want to sit here and make you think you’re doing something wrong. If it works, it works. For me, I recognized it didn’t and I don’t believe I’m alone. As I sit here today, I’ve been shooting with both eyes open for a little over a year now. After realizing the benefits of both eyes open and falling victim to the downfalls of one eye closed, I’m glad I made the switch. It was a weakness that I recognized in my bowhunting game. One that needed to be culled. I will admit that, when first learning how to do this, it was frustrating. It’s not as easy as just opening one eye and sending it. It’ll take time for your eyes to adjust and for your process to change. That process will change for the better though. But the only way to see it is to open your eyes.