The evolution of technology in bowhunting 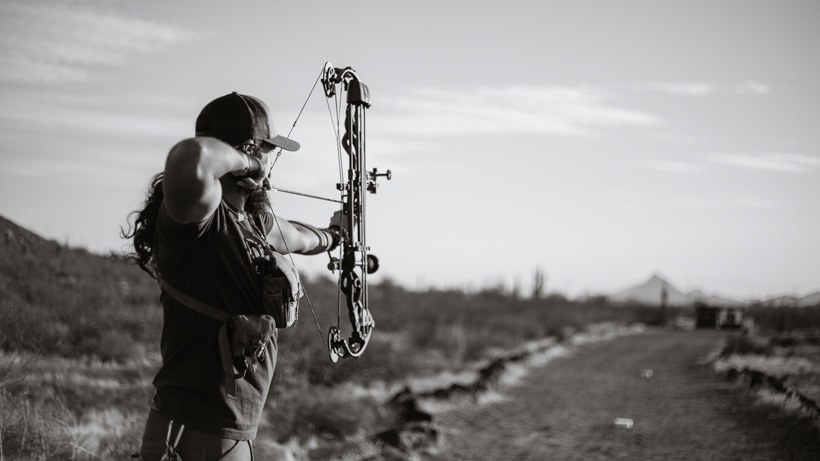 Evolution can be defined as "a process of change in a certain direction." It is a wheel that never stops spinning. Man is a perfect example of that. Look what we have accomplished as a species over hundreds of years. This is all due to how well we’ve adapted to our surroundings as well as our ability to continually refine our skills. The chase to make things easier, more efficient, and more comfortable has always seemed to be in our sights. Look at our tools today compared to those of our ancestors. They would have probably done anything for what we possess today.

Bowhunting is another prime example of how we've evolved. Because it's such a hard endeavor, we spend a lot of time trying to refine it. We went from shooting stick bows with wooden arrows to today’s compound bows that are capable of things our ancestors couldn't dream of. The level of engineering applied to our archery equipment today is simply mind-blowing when compared to the olden days.

The bow and arrow is a very old weapon that first appeared about 64,000 years ago. They have been said to originate in Africa for hunting and, with time, made their way into Asia, Australia, Europe and lastly, North America. It wasn't until around 3,000 B.C. when Native Americans started using bows to hunt in North America. The first bows were longbows that were followed up by the invention of the recurve. They could shoot farther with these than they could with the longbows they had used for so long. 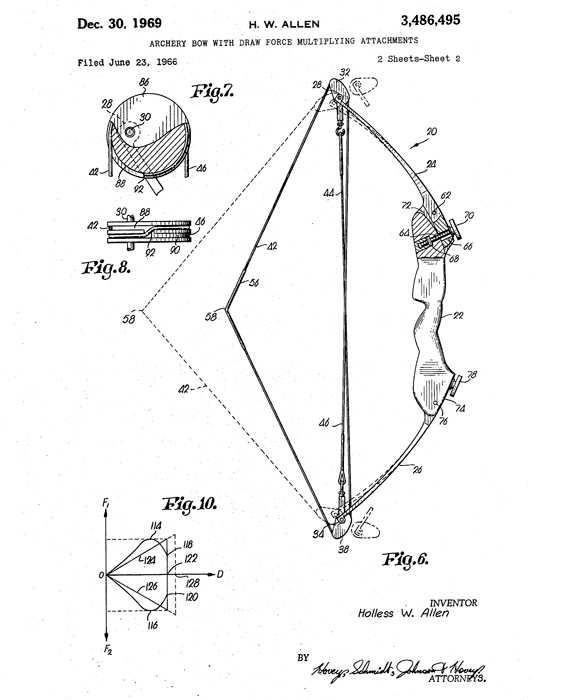 Fast forward to the 1960s and you have the invention of the first compound bow as a result of an increased interest for bowhunting. We owe our thanks to a gentleman named Holless Wilbur Allen, Jr. for sawing the ends off of a recurve and adding pulleys to each end. Without him, who knows where archery would have gone? We might still all be shooting recurves! Knowing man though, I think we would have ended up where we are sooner or later. The evolution of the bow is in full effect! 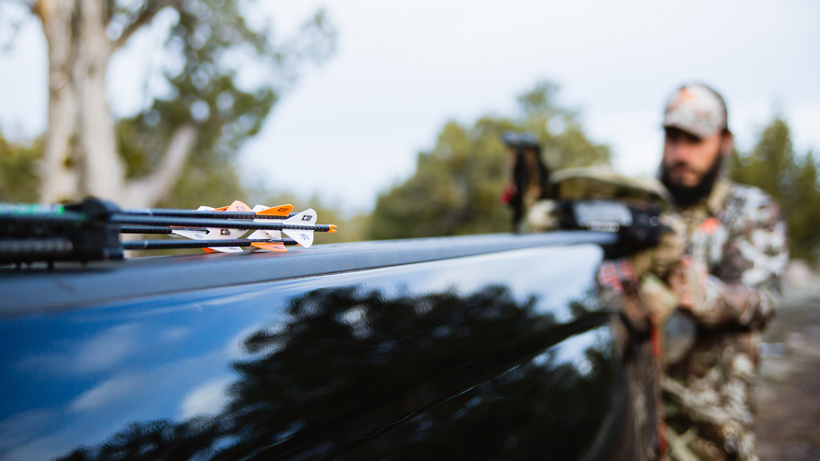 From the invention of the first compound bow to the evolution of battery-powered archery sights that range for us, we have seen some major advances in terms of technology. Our bows today have so many gadgets and so much efficiency packed into them that shooting a bow is now easier than ever. Our technology evolved because of our never-ending hunger to be better. Looking back at the first compound I ever shot and comparing that to the bow I shoot today isn't even a fair comparison. The ease of use, feel, and performance is light years different. But that just touches on the bow side of things. What about how we actually make contact with our intended targets? Our modern-day arrows and broadheads combined with the bows we use today are nothing short of devastating. Between their efficiency, lethality, consistency, and ability to take a beating, we are now more deadly than ever in the woods.

Bows aren't the only thing that has evolved over time. While bows have helped us out immensely in filling our tags, there are other things at play here. Our clothing, optics, packs, release aids, boots, archery sights, mapping technology, trail cameras and treestands all aid in our bowhunting pursuits. All of these things work together in order for us to see success. Sounds like a lot, right? Especially when compared to our ancestors and what they had to work with. Yet, it is just a different process with the same ending. They worked with what they had and we do the same. They were most likely way more skilled as hunters because they had to be. We are more evolved intellectually, which gives us the ability to problem solve better. 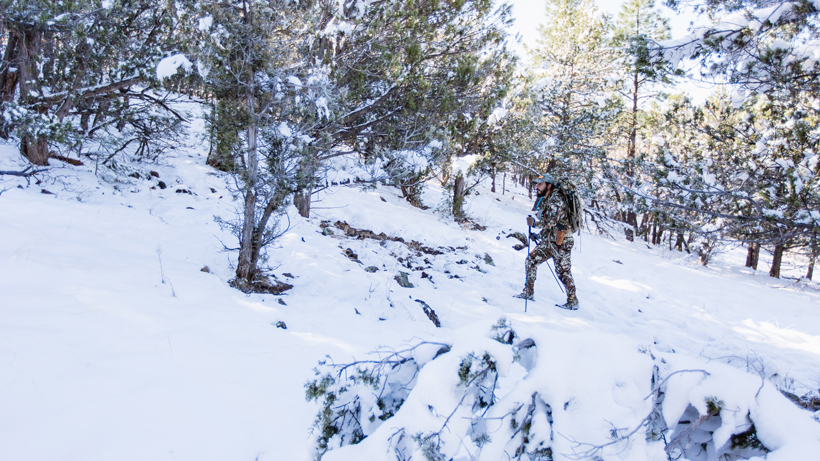 The evolution of technology in bowhunting is really something to marvel at. All of it has the end goal of making us more proficient and successful in the field. It's something we all strive for. I can't tell you how much I love my sight that reaches out to 100+ yards for practice sessions or my bow that shoots 290 fps. With all of these cool advancements, though, I think it is necessary that we don't forget where we came from. Let's not lose focus and remember there is no substitution for craftsmanship because bowhunting is just that: a craft. It's a chess match that is measured in wits, not gear. The only way to expand those wits is to be out in the field, taking on the real world. Learn about tracking, horticulture and animal behavior. These are the things that will more times than not, seal the deal for you. The next time you see a bear strolling across a hillside, ask yourself, "Why? Why is that bear over there? Where is he coming from? Where does it look like he is going and why is he going there?" Paying attention to the little things can lead to big results down the road.

Where is bow technology going? 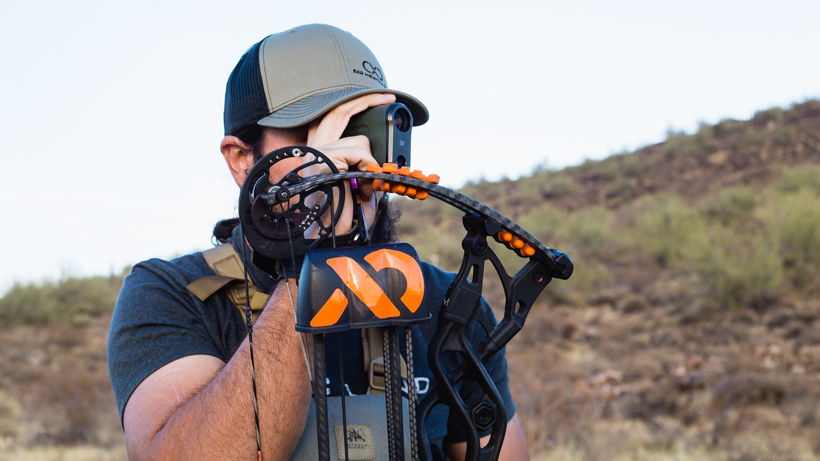 Because of how quickly things have moved in the world that is bowhunting, it's extremely hard for me to think about where it is going to go from here. Every year, I wonder how these companies are going to top what they did the year before and, every year, it seems they do. This is probably why I'm not an engineer. Things that are common practice now were not common before. Rangefinders are a great example of that. These days everyone has a rangefinder, and now there is even a rangefinding bowsight made by Garmin. When I was a kid, I thought of a rangefinder as some mystical device that I would never get my hands on. I can remember being a kid and measuring out 20 yards in the backyard via measuring tape. Today, I don't leave my house without a rangefinder when heading afield. Whatever direction bowhunting goes, I hope it is one that encourages the longevity of this lifestyle we've all come to love. Life as a bowhunter is a good one and one that I hope to pass down to my future kids. When they are my age, who knows, maybe all bows will shoot 400 fps and that will be common practice. Maybe they will also be making fun of me and my sight with actual pins in it.

The evolution of bowhunting 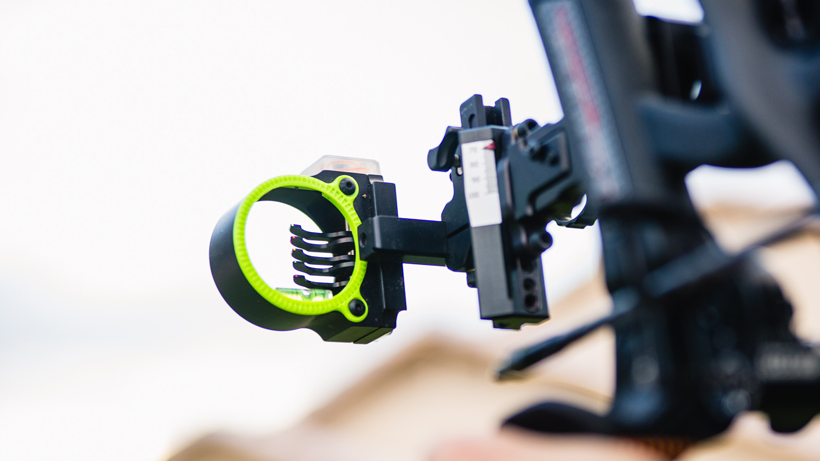 The author at full draw with a Black Gold adjustable bow sight.

With how quickly these things move, there is no doubt that we haven't seen anything yet. The ever turning wheel of advancements is not slowing down anytime soon. I think it's important that we try not to be standoffish with these big leaps, that we try not to look at them as an intruder. Let these ideas bend your ear. In the end, if you don't like it, you don't have to use it. Plain and simple. Try to remember, though, that there are other people out there that might benefit hugely from these and just because you don't agree with something, doesn't mean everyone else thinks the same. Watching how technology has progressed over the years has been fun and I look forward to continuing the journey. In the right hands, some pretty amazing things can be done and I hope that's what happens. Only time will tell what bowhunting will evolve into. For another look into this subject, you can check out an article on the past to present evolution of bow technology here.