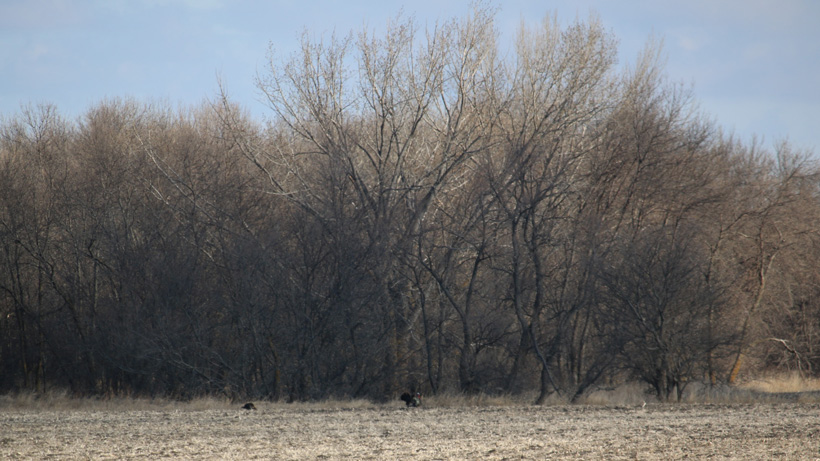 This will be my third spring using the Heads Up Turkey Decoy and I have to say for me it has been a game changer. With a growing family and a son finally old enough for spring sports, my time is becoming more and more limited. Although I love hitting the woods early and listening to it come alive from the confines of a ground blind, I no longer have the desire to sit around and wait for a gobbler that is on “turkey time.” Scouting is still at the forefront of any spring turkey hunt, but the Heads Up Turkey Decoy allows me to take the hunt to the birds instead of the other way around. I can get into an area quickly and quietly and be set up in a matter of seconds, ready for a close-up encounter that would make any turkey hunter’s heart explode. It was this tactic in 2016 that allowed me to arrow my 30 minute tom!

The method I use with my Heads Up Turkey Decoy is similar to blind hunting with decoys only without the blind; the decoy is actually attached to my bow for both enticement and concealment. This allows me to set up quickly and quietly as well as maintain mobility so that I can quickly change locations or move closer to the birds. There are many different ways to use this decoy setup, but the "run and gun" style has worked best for me.

I will still find a tom out in the open from time to time, but the bulk of my turkey hunting is still in the woods or on the fringes where I can use a calling and decoying combination.

Three weeks into the 2016 North Dakota spring turkey season, I found myself with tag still in hand and it wasn’t for a lack of effort. I had many encounters in the first couple of weeks, but long beards seemed to be at a minimum and the one that I did call in snuck in quietly from the rear and I wasn’t able to maneuver for a shot. Finally, during the third weekend, I managed to locate some birds about a quarter of a mile from my house. 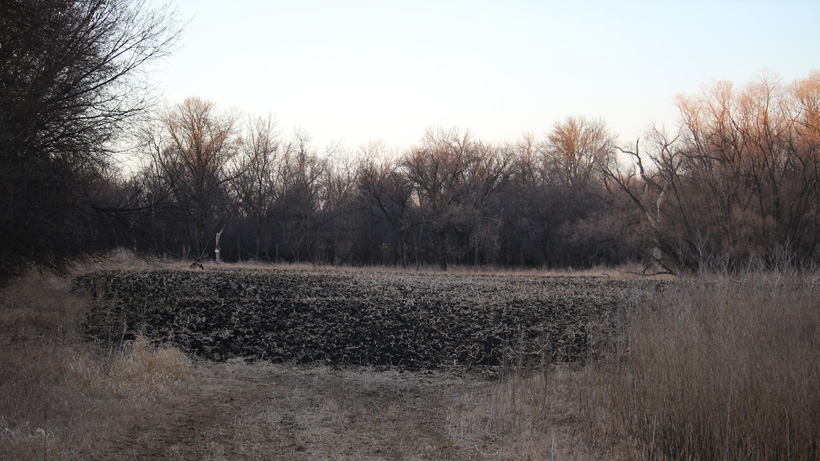 There was a plowed field just below the roost that made for a great location for a blind setup (that is if they decided to fly down on the right side of the river, which for me wasn’t the case). 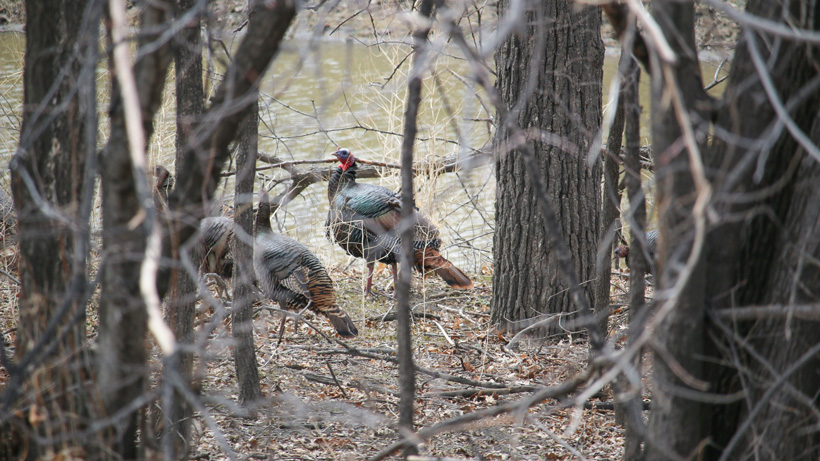 After spending a good portion of my Saturday morning listening to gobbles from the opposite side of the river, I knew what needed to be done.

My son’s spring soccer game prevented any hunting that afternoon and since we had just moved into our new home, there was an endless supply of chores. I was hoping to have a chance to hunt on Sunday evening, but with about two hours to go until sunset my wife decided to set out on a Sunday evening walk. I thought my chances to hunt were over, but as the kids and I played outside, my wife strolled back into the yard and I decided it was worth a try. 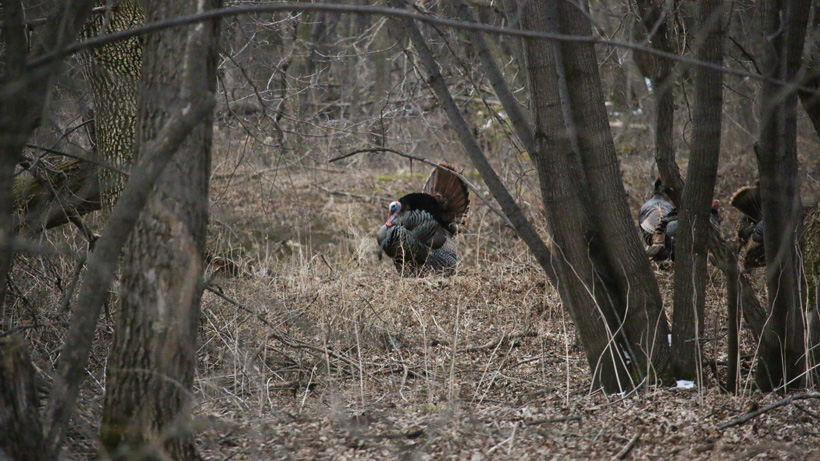 With one hour to go until sunset, I threw on my camo, grabbed my bow equipped with the Heads Up Turkey Decoy, and set out to where I heard the birds the morning before. After crossing a steep drainage ditch, I followed the edge of the woods lining the river back to a narrow point in the plowed field that marked the start of a nice big oxbow on the river. 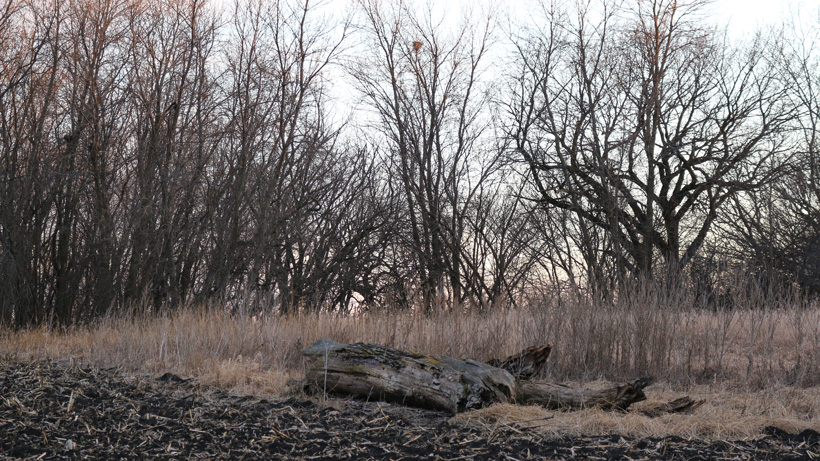 I found a huge fallen tree to hide behind and began calling, expecting any fired up long beards to appear from the oxbow in front of me. After just a few minutes, a lone gobble rang out from behind me. This was a pretty big surprise as the gobble came from the direction that I walked in from. I whipped around and began another call sequence before being quickly cut off by another thundering gobble. I knew he was coming! While peeking through the tail feather attached to my Heads Up Turkey Decoy, I clipped on my string and readied myself for a shot just as a bright white head appeared in the grass. This is where this decoy setup really shines. I didn't have much cover, but this decoy allowed me to stay hidden, attract his attention and get my bow drawn back. 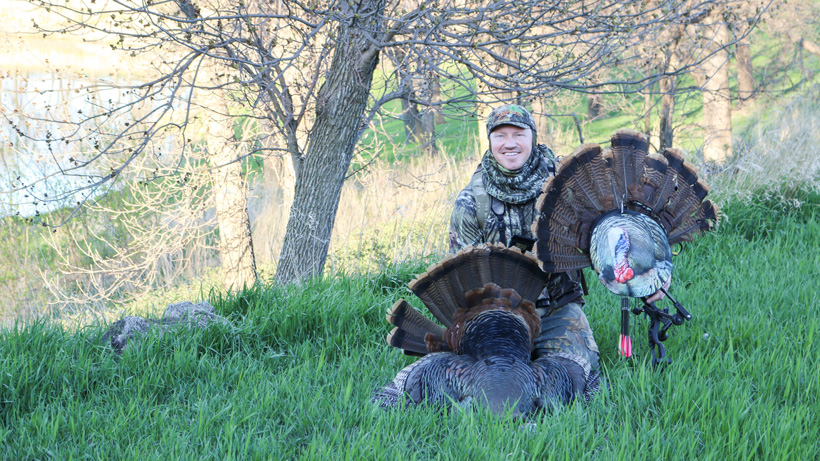 As he strolled in at 10 yards in full strut, I drew back, settled my pin, and sent a carbon missile through the unsuspecting puff ball. It all happened so fast I wasn’t even sure of how good of a shot I made, but any doubts were put to rest once I heard the commotion of flailing wings in the woods 20 yards away. 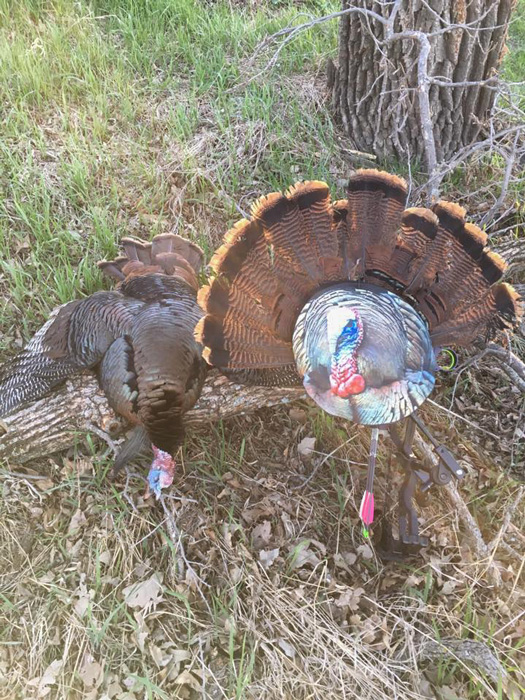 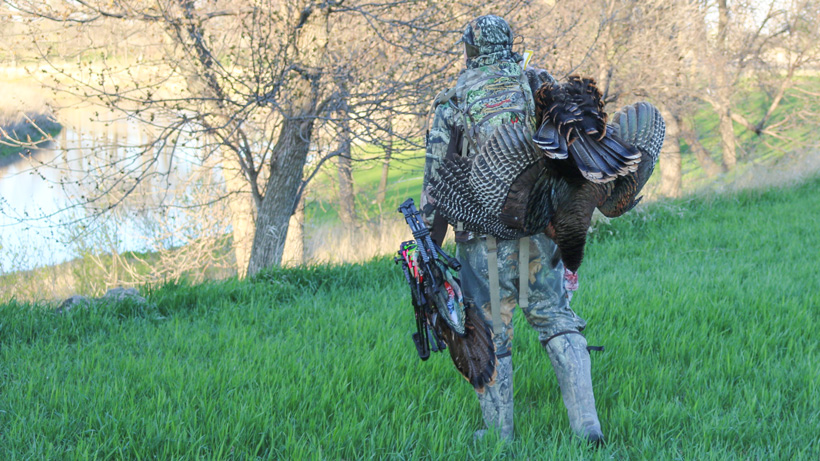 After calming my nerves, I tagged my bird and began the five minute trek back to my truck. As I pulled back into our driveway, my family was congregated with our new neighbors. My wife gave me a confused look and uttered, “You didn’t have enough time, huh?” To which I dropped my tailgate and responded, “30 minutes is all I need!” Note: caution should be taken when using this decoy if you're hunting on public land or areas where a shotgun season going on.