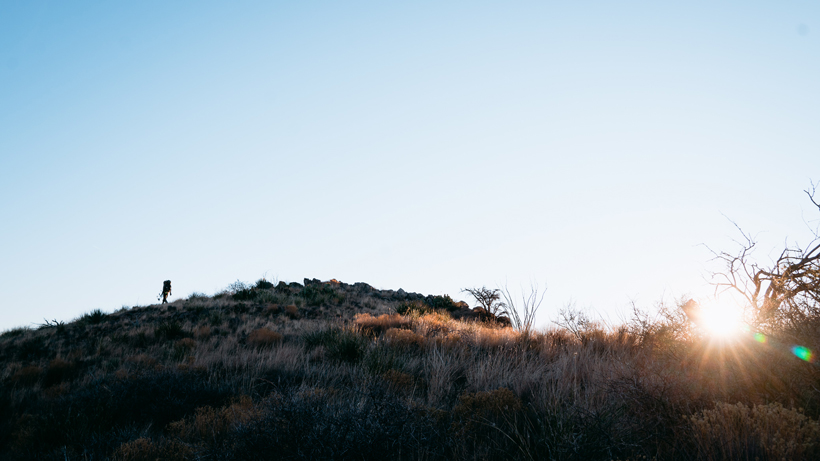 I will be the first to admit that backpack hunting has definitely gotten “trendy.” It is now cool to load up your backpack and head into the backcountry for a stretch with a tag in your pocket. Embracing the suck and the backcountry life is something that is more sought after than ever. Yet, it’s not all about living through our backcountry dreams. Backpack hunting is in fact a tool, just like any other gear in your loadout. And just like any other piece of gear, we can use backpack hunting to our advantage. There are strategic benefits to living out of a backpack in the dirt that span well beyond our wild romanticizations.

Why do we really backpack hunt? 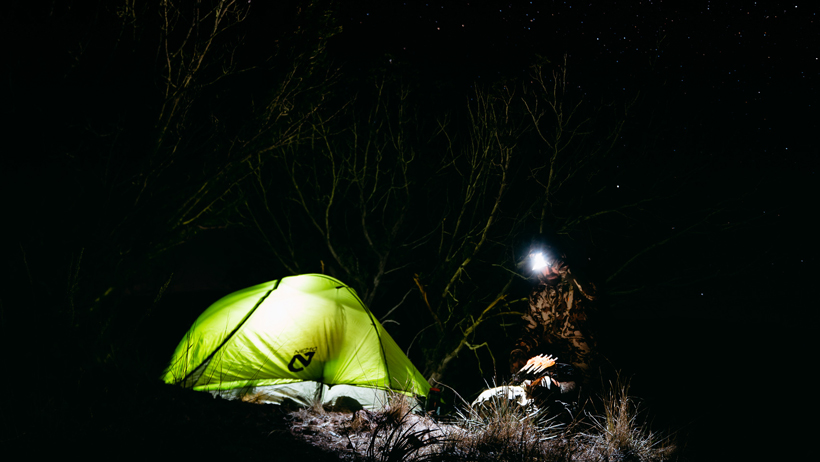 Before I get into a few key strategic benefits to backpack hunting, let’s lay out why we do such things in the first place. Personally, I first started backpack hunting in order to beat the crowd. One too many times, I was left disappointed on a hunt due to pressure from other hunters. We’re all in this together, but if I’m being frank, I’d rather not see y’all when I’m out hunting. Hunting trips are something I always looked at to go live in the woods with my dad for a bit and explore the wild. Seeing other hunters is a possibility in the backcountry as well, but it happens to a far lesser degree. Go where most people aren’t and you’ll get away from most people. 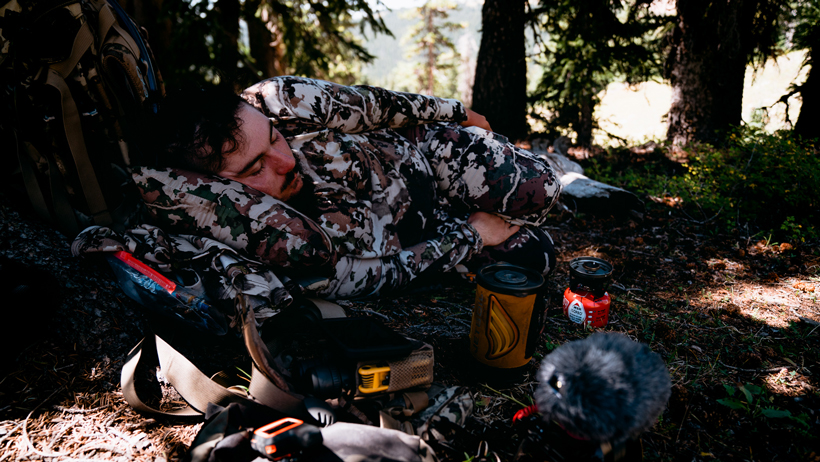 Another reason that seems to hold weight across the backcountry hunting community is just the experience. The experience of a backpack hunt is simply different than that of a truck based hunt. I’m not saying one is better than the other, but they do sit in different rooms of the same house. Just going through the motions of a backpack hunt is fulfilling. It feels good making a big hike into camp and getting everything set up. It feels good to wake up a stone’s throw away from a glassing knob, make your coffee and eat within the deafening silence of wilderness. Filled tag or not, the experience is a reward, both mentally and physically.

With all of that, there are some strategic benefits to living in the backcountry. Knowing how to use a tool is far better than just having one in your possession.

Camping at the edge

Time for the meat and potatoes. One of the first ways that comes to mind in terms of strategy with backpack hunting is “camping at the edge.” We’ve established that one of the reasons folks are backpack hunting is to beat the crowd. A large portion of that crowd is day hunters. Folks hiking in and out of areas to hunt day after day. There is a threshold there. One that draws a line in the sand of how far most hunters are hiking to day hunt spots. This is going to vary from state to state, but the idea applies everywhere. In my home state of Arizona, that threshold sits between one to two miles at most. Not that far at all. So, I know if I backpack in just past that threshold, I’ll likely not see anyone. We don’t always have to “go in deep” to get away from other hunters. I’ve done this for years in Arizona with success. Plus, it gets you more into unpressured animals without a big hike in the morning. A person can essentially start hunting where most stop, which leads me to my next point.

On the surface, the topic of saving energy is likely not top of mind when backpack hunting comes up. Just the term “backpack hunting” sounds like it’s going to take more than a little energy and that’s right — kinda. The fact of the matter is, yes, it does take a good deal of energy packing everything you need miles into a camp. However, once you’re there, you’re there. That’s a whole lot of hiking that you don’t have to do every single morning and evening. Heck, I’ve even camped within a hundred yards of my glassing spot many times. That’s my big hike in the morning: 100 yards. If you’re, say, calling elk, sleeping among them is a tried and true method for staying with them for the coming day. 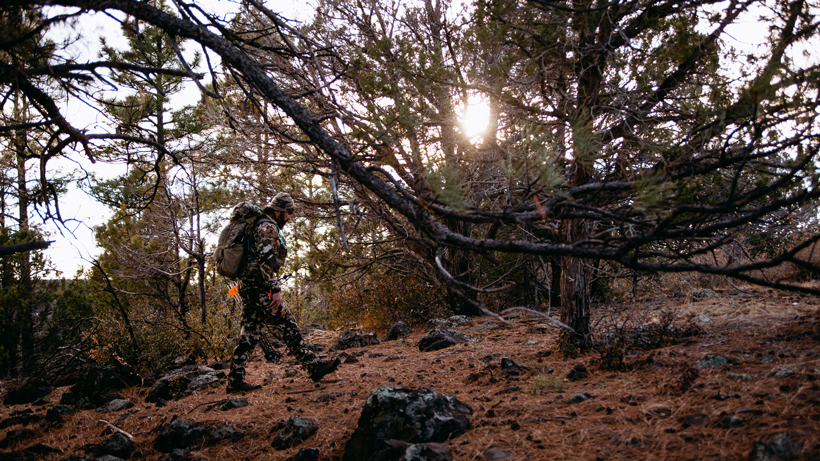 So, while it might be harder just initially getting to the location, you’ll save energy by just sleeping there. And then there’s that! You’ll get more sleep each night as you won’t have to get up so early to get to that hunting spot on time. You’re already there. Even if you are going to hike for 30 to 60 minutes each morning, think of all the hours you won’t have to hike to reach the same destination by just sleeping back there. Quality rest is important for physical recovery, focus and overall mood.

Backpack hunting is often looked at as a point A to B and then back to A again type of deal. Meaning that you hike in from your vehicle to your camp, hunt and then head back to your truck at the end of their hunt. This is awesome and I personally do this often. However, it does limit the amount of country you are hunting. What about making a loop and staying mobile until you find what you’re looking for? Backpack hunting allows us to do this in remote/roadless country. By mapping out a loop and only staying one or two nights in each location, you’re not only going to cover a ton of ground, you’ll continuously see new animals. On top of that, you’ll be able to cross areas off of your map as well as mark waypoints of where to focus your hunts in the future. This would also be a great way to do a backcountry scouting trip before season. Hunters do this driving roads to learn areas all of the time. The same tactic can be applied to remote areas via your legs. 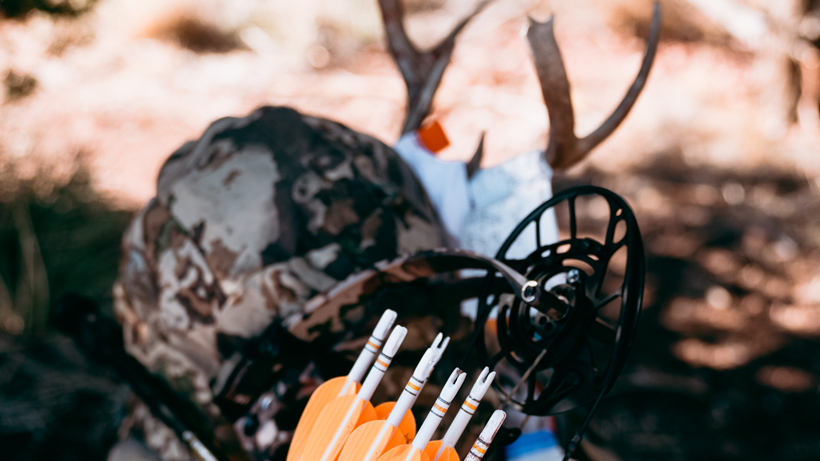 “Trendy” or not, it is undeniable that backpack hunting has its place. There is no better way to hunt simply and efficiently off of the beaten path than sleeping off of said beaten path. It’s not something that always needs to be used and sometimes it doesn’t make sense to backpack hunt. Packing into areas is a commitment and takes time. Sometimes, time is not a luxury folks have. I’ve been there and in those instances I’ll day hunt. It’s something I can get at sooner than later when time is of the essence. But let’s face it. The more tools we have in our toolkits, the more prepared we’ll be for a wide variety of scenarios, which will inevitably put us closer to the success we seek. Backpack hunting is without a doubt one of those tools.