Staying on during the offseason

Thinking back on when I was a young boy, there was always an offseason. We would go hunting during the month of October here in Arizona for deer, but, after that, the camo would get hung up until next year. Nowadays, I feel like I am always doing something in light of hunting season. It has become a way of life in all honesty. I'd venture to say that many of you feel the same. Granted, it may not be the most important thing out there, but it is important to me nonetheless. Because of that, my offseason is essentially nonexistent. There is always something to do. That begs a question, right? What can we do during the offseason to keep us on? 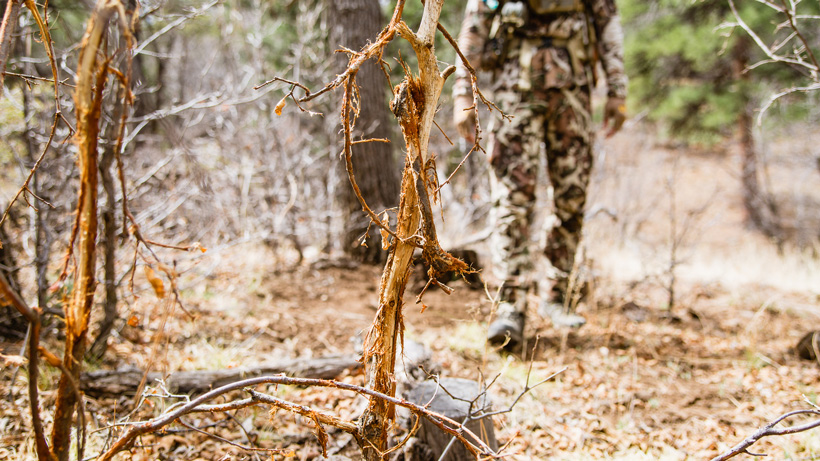 The more time that you spend out in the hills, the more you are going to learn about those hills. They have a story to tell and if you aren't there to read it, well, then you just aren't there. Even taking a morning here and there to go sit on a glassing knob with a hot cup of coffee is pure bliss for me. On top of that, I get to watch animal behavior during these certain times of the year. I love to understand why they do what they do and why they are where they are. A great example of this is spring bear hunting versus fall bear hunting in Arizona. The bears are just in different areas due to available food sources throughout the year. Without scouting through the off months, I would not have known this as well as I do. Heck, I'm even scouting for bears during other hunting seasons. During the last archery deer season, I found an area that was loaded with bear scat from the previous fall. You can bet that I notated the whereabouts of that. The same can be done with any species. Keep your eyes open at all times. 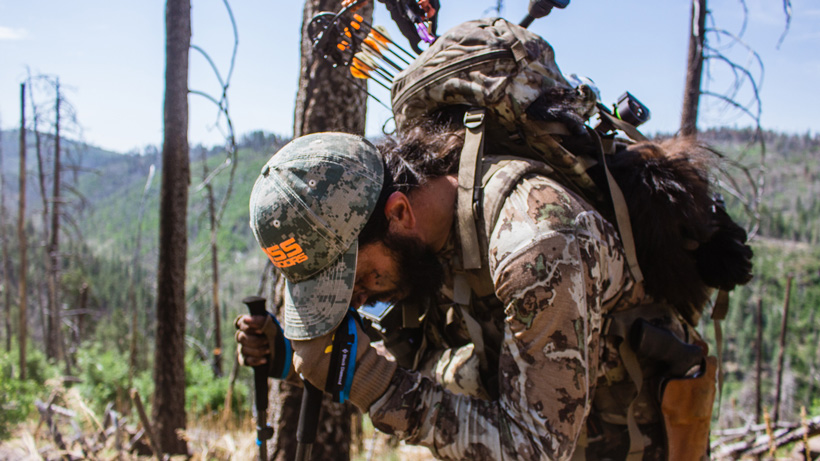 I feel like being in shape for hunting is merely a byproduct of just being in good shape. Does that make sense? Let me try to break this down for you. I notice that when I am staying healthy and fit, I generally feel better overall. My energy levels are better, I am more motivated to get things done, and I feel accomplished. Because of that, I don't do it for hunting; I do it for myself. Why wouldn't you want to feel better than you do? I want to feel good all of the time—not for only a few months before hunting season. Because of my philosophy on the matter, I stay in shape year-round. This throws that transition period out the window. You know, the one where you haven't worked out in eight months, but have an elk tag to prepare for. Getting back in the saddle can be hard, so I say, "Stay in the saddle." Whether that means hitting the gym or hitting the trail with a loaded pack, it's only going to benefit you in the long run. 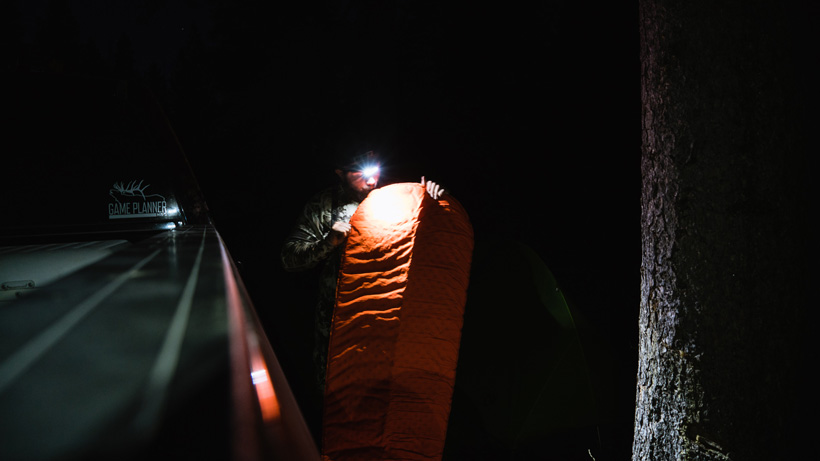 I am going to go out on a limb here and say that most of you who are reading this are gear junkies. Every year, there are some new gadgets that hit the market or ones that we have had our eyes on for a bit. As an avid backpack hunter, I am always trying to find ways of lightening the load of my overall system. During the offseason, I love to hit the trails with my wife on backpacking adventures to test this gear out. Gear testing has become somewhat of a passion for me. I love knowing that when I bring something into the field, I can count on it to get the job done. Playing the wondering game is not a game I like to participate in. On my hunts, I want to be able to focus on hunting instead of worrying about something like my shelter blowing away or leaking from a thunderstorm. Finding things like this out on a hunt is just plain inconvenient. The offseason is a perfect time to work out the kinks of a gear list.

Actually, shoot your bow or rifle 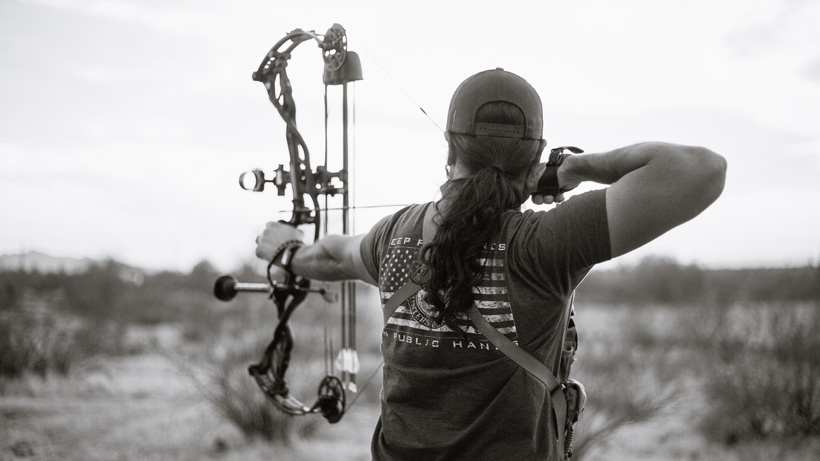 Ok, I know that all of you "actually shoot your bow or rifle," but how much do you shoot it? I know plenty of folks who pick up their bow or head to the rifle range a few weeks before the season. Forgive me if I sound off-putting, but, if you are doing this, you are asking to miss. I know this very well. After one too many sour deer hunts, I was done missing.

Since then, I shoot my bow year-round, regardless of how many tags I have in my pocket. Does this guarantee that I will not miss? No, but it sure does cut down on the likelihood of it happening. Whether you are shooting a rifle or a bow, the more that you hit the range, the more muscle memory you are going to create. In a high-stress situation, we are more than likely going to act on instinct. If we can make our shooting second nature, we are going to come in ahead of the curve. Shooting year-round is going to help make your weapon an extension of you.

If you are a bowhunter, participating in the various 3D shoots in your area can prove invaluable. This is a great way to up the stakes and practice at aiming at life-size animal targets. Why? Well, when we are out in the field, we don't have the luxury of the conveniently placed orange dots on the game we pursue. Shooting at 3D targets exercises a common phrase that you have all heard: "Pick a spot." If you want to up the stakes even more, throw some money down with your buddies. A little stress during shooting is a good thing. 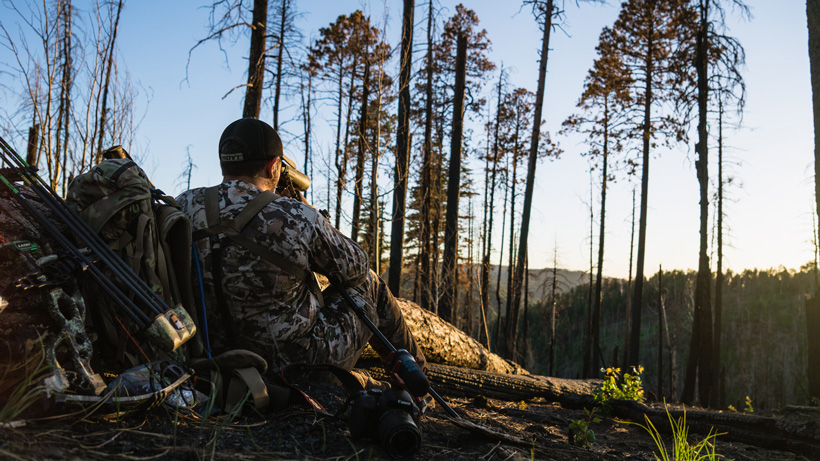 So, is there really an offseason? I guess that depends on who you are and your motivations. For me and those who are similar, the answer is probably no. For others, the answer might be yes and they might not want to see their hunting gear for 11 months. Whichever it is, there is no right or wrong way to do this stuff. The real point of this piece is this: if you want to get better at something—in this case hunting—you can do that. All you have to do is remain committed to your craft. If you love this stuff as much as I do, you probably don't even think about this and you just do it. You do it because it is part of who you are. The option of not doing it is not there. Do you smell that? It's fall hunting season dancing on the horizon. The question is: are you going to be prepared to dance with it?