Spot and stalk bowhunting — to bed or not to bed 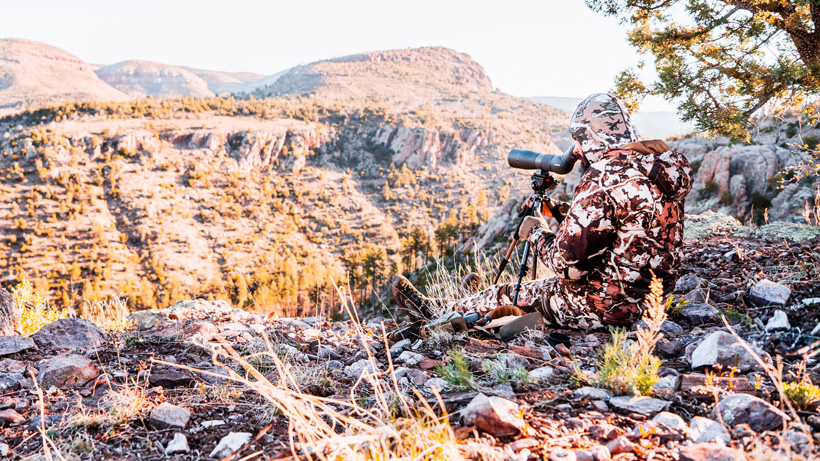 There are few things that get me fired up as much as sneaking in close on an unwary animal with my bow in hand. Each step is calculated and time suddenly falls absent from the equation. Noises are louder and senses are overall heightened to new levels. As bowhunters, we need to get close for shots and that involves either waiting for an animal to come to us or by spotting and stalking. The path to successful spot and stalk bowhunting is not one written in stone. Too many variables are in play for a one-size-fits-all approach. However, there are some tried and true methods for doing so. One of those methods — and a popular one at that — is bedding an animal down before making a stalk. But waiting on an animal to bed does pose a risk of losing the opportunity. So, we now land at a question. To bed or not to bed?

Why bedding an animal down works 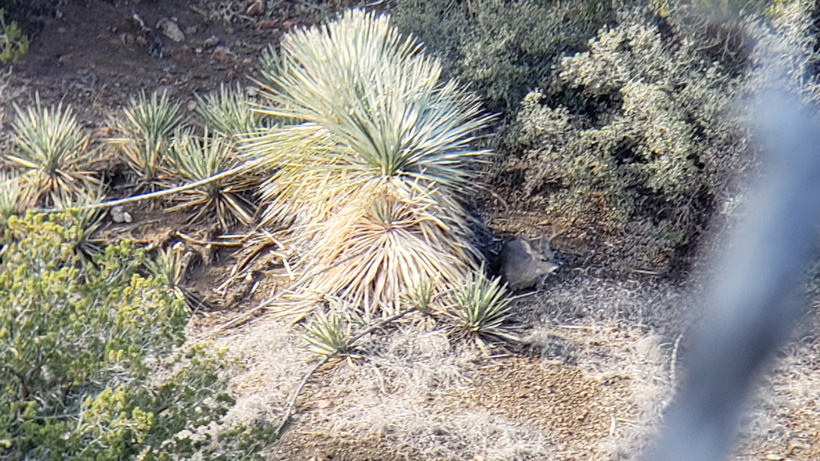 Let’s cover the advantages of bedding an animal down first. One of the potential rubs you will face with spot and stalking a critter is if they will even be in the same spot when you get there. This is one of the reasons why bedding an animal down first is so effective. You know exactly where they are and exactly where you need to be for a shot. Because of that, it gives a bowhunter the ability to really plan out a stalk, instead of just going with the flow. It’s much easier said than done, but taking that movement of the animal out of the equation is hugely beneficial.

In general, the setup for stalking a bedded animal is often ideal. When they are bedded, the wind has usually stabilized and they are sleepy. Some of them will actually fall completely asleep, giving a hunter the edge. They’ll also usually be facing downhill. With the winds stabilized coming up the mountain during the day, this offers a perfect approach from above and behind the animal. One that doesn’t involve them winding us. This is also a much better situation to take your boots off for an even quieter approach. Doing this when an animal is up on its feet is less than ideal. This will only add to the effectiveness of your setup. 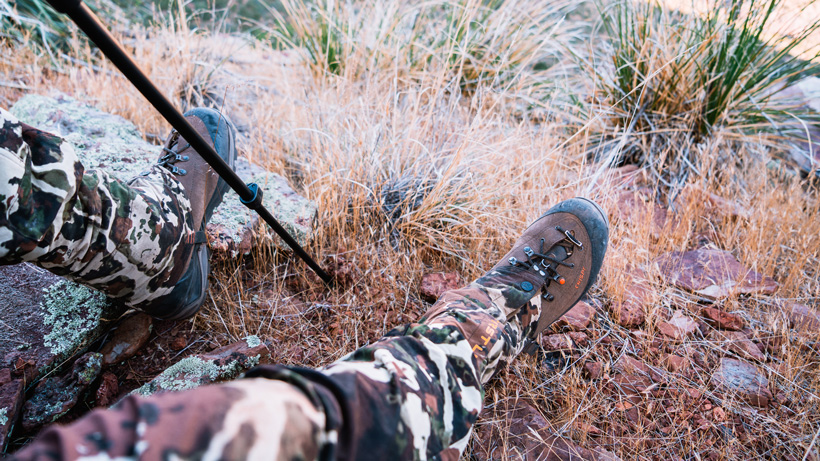 Another thing to mention here is shot opportunities. If an animal is up and moving, it’s always in the air if a shot opportunity will present itself. It’s tougher when your target has legs. When an animal is bedded, though, you’ll either have an opportunity for a shot in their bed or for right when they stand up. Again, there are other variables like branches in the way and such. But this is usually a higher percentage approach that will involve you actually pulling your bow back.

So, let’s flip things around now and chat about why bedding an animal down might not work after all. The first thing that comes to mind is time. A hunter can waste a whole lot of time waiting to watch animals bed. You will not always be able to do this. The country you are hunting is going to dictate how often it’s possible to do so. In country with a lot of rolls, watching a deer bed can be damn near impossible. This is something I did a lot of in my early years of bowhunting. I’d wait for animals to bed and never get an opportunity for a stalk because they’d simply disappear. If you’re not stalking, you’re not shooting. 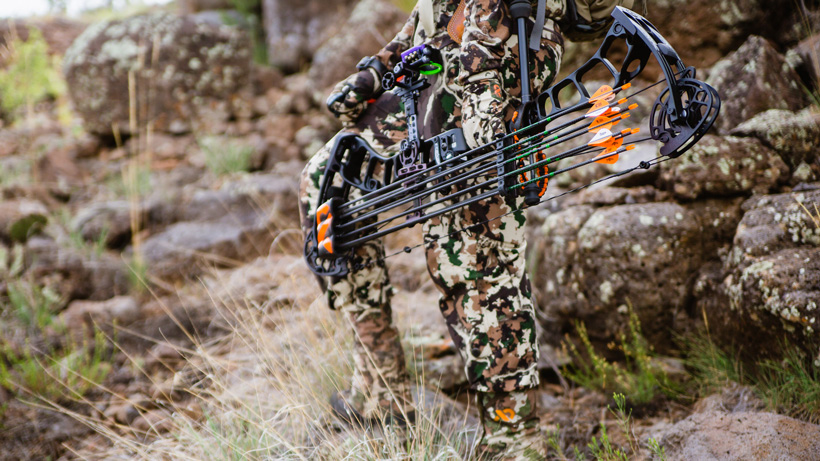 Another thing to consider is time of year. For instance, during the early season, deer are much more at ease. They’ll bed pretty much all day long with little movements chasing shade. This is a great time to bed a deer down and make a play. During the rut, though? All bets are off. I’ve personally never watched a buck bed for more than an hour at this time. This doesn’t bode well for stalking a bedded deer. They’re just too fired up and have other things on their mind. For that reason, being aggressive has personally served me well during the rut. We get them in the glass, get the wind and go.

Benefits of stalking animals on their feet

Now, I know I said earlier that one of the benefits to stalking a bedded animal is that they are sleepy or sleeping. While this is true, it also comes with a drawback. That drawback is that the animal has nothing else to do, but pay attention when bedded down. Remember, their number one goal is staying alive out there. An animal up and feeding though? That offers another opportunity. Animals are preoccupied with eating, meaning their attention is skewed. They are also making noises themselves as they walk around and nibble. Bears are notorious for getting super keyed into their food sources, creating a great opportunity to put the moves on for a shot with your bow.

Be a jack of all trades 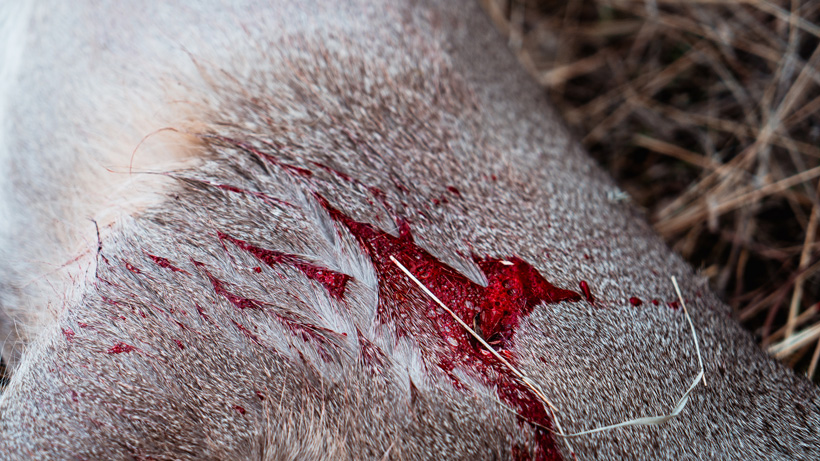 Being not just a successful spot and stalk bowhunter, but a successful bowhunter in general, is really all about being well-rounded. Adapting to different situations and having the ability to hone your efforts in reflection of them will give more opportunity. While there is something to be said about trying to be good at one thing and one thing only, I do feel like you close yourself off — particularly with beginners. Especially, when first starting out, we need opportunity. That is the only way we’ll get to truly practice this bowhunting thing. If not, well then, we’re just going for a bow hike. So, be open to other means of tactics — not just the ones that get the press. As a youngster, trying to soak up all of the knowledge I could from various books on bowhunting, I made this mistake time and time again. I found myself doing things merely because that’s what I was “supposed to do.” All the while, the name of the game is getting close for a shot. Sometimes, a person needs to make their own luck; not wait for it to materialize.