Recovering after a miss 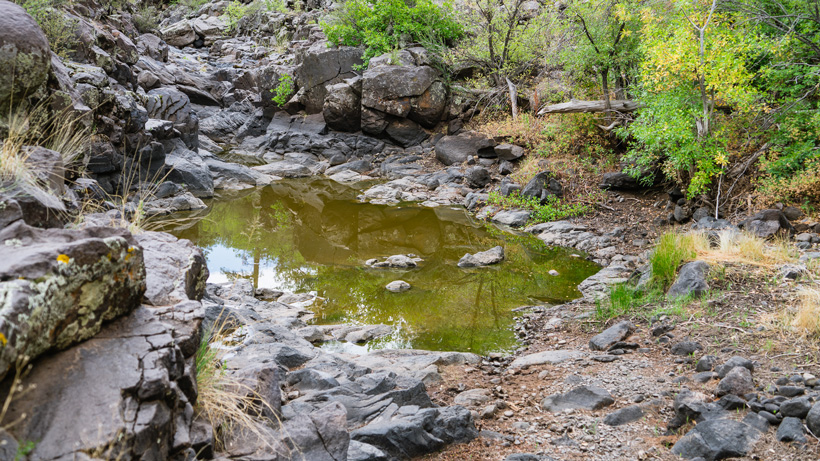 A few years back, I was sitting down at the bottom of a steep canyon with my bow overlooking a natural water hole. Waiting for a big black bear to saunter in for a swim here is something I find myself doing more and more. Because it was August, it was hot, so that pool of water wasn’t looking too bad to me either. A bear just had to walk in. The morning brought in a sow and cubs, but that was it. Come early evening, though, I saw a mature boar working a bluff and feeding 200 yards up the hill from me. There was nothing I could do from where I was. So, I picked up my gear, climbed the cliff to get out of the drainage and made a big loop around in hopes of coming in over the top of the bear. I knew that if I could do this in a timely manner an arrow would likely head his way.

After arriving at the bluff everything just came together. All of the work I had put in before the season was about to pay off. The bear was at a mere 24 yards below me feeding on acorns. I came to full draw, bow arm extended straight out, and then began to bend at the waist for the steep angled shot. While quartering away, my arrow sailed right over the bear. He didn’t know what happened and continued to feed out ahead of me. So, I nocked another arrow. As my pin settled I released and was met with more disappointment. Again, I had missed the bear. After that, the bear walked out of my life. I couldn’t believe that I missed twice within chip shot range. There was a part of me that was devastated. So close, but so far would sum that situation up. That lonely walk back to camp in the dark was one filled with internal conversation. 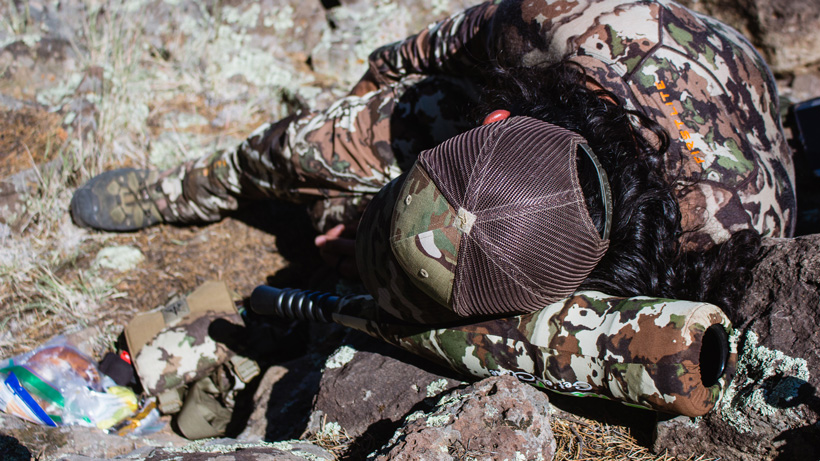 If you’ve hunted for any substantial amount of time, I’m sure that you’ve found yourself in similar shoes to the story I just told you. If you are new to hunting, trust me, you’ll find yourself wearing those shoes at some time in the future. It’s only natural. Missing is something that is completely normal. A question that I equate this to is, “Do you think a mountain lion is successful every time it tries to snag a deer?” For those who may not know this, they aren’t. I’ve witnessed a lion missing an opportunity for a late Coues deer breakfast. Missing is just as much a part of hunting as killing is. We are just more attracted to one over the other naturally. Defeat is not something most folks deal with well, but, if you’re a hunter, defeat is something you will mingle with on a regular basis. So, how do we mingle better and pick ourselves up after falling? 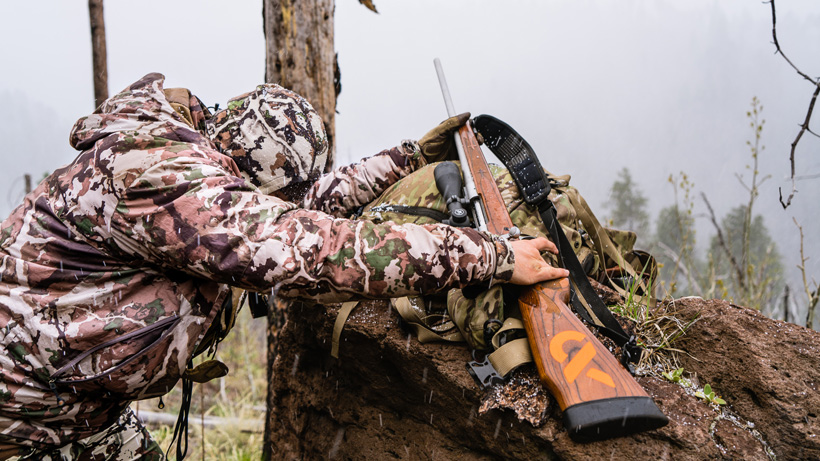 I have never been one to back down from a challenge and I’m sure that a lot of you are the same way. Sometimes, it’s even to a fault. We look at defeat as if it isn’t even there. In a way, it isn’t an option for us. All that aside, though, it is there and we know it. What’s important to note here is how we move past it. When we are faced with defeat, we greet it, learn from it and move on. Do you know what that lion did after I watched it not be successful? The lion stayed above and payed attention to where the deer went from afar. It moved on. Which is exactly what you need to do after you miss. Get back in the game, just like the lion. Accepting that you will encounter defeat will let you move past it much easier. Your misses are spilled milk and there isn’t anything that you can do in order to take those misses back. Dwelling on them isn’t going to do the mind good.

Back to the target 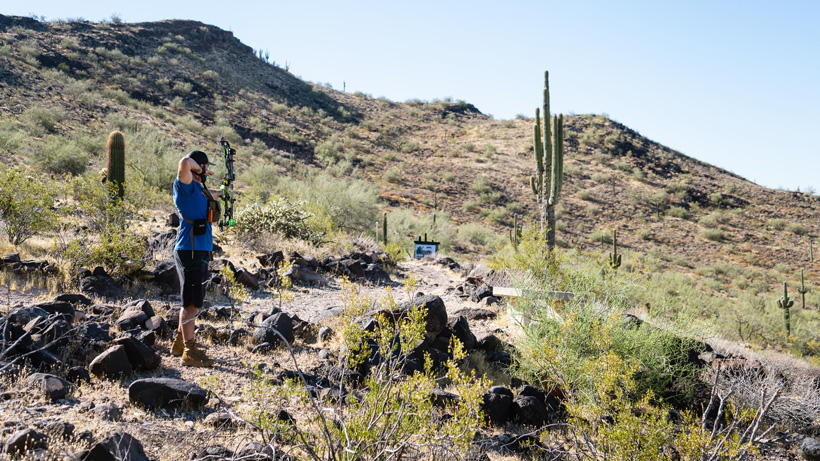 Something that is 100% necessary for me is going back to the target after a miss. Sending a few arrows downrange to build your confidence back up is important. Of course, we also need to do this to confirm our sight is set. If there is something wrong with our weapon, we need to know about it, so we can get that figured out. Without doing this, there will always be a sort of nagging feeling in the back of your mind. I’ve been there. At full draw, you can almost feel the miss coming. In turn, it does and this reaffirms your paranoia.

Almost as if someone is right next to you saying “miss, miss, miss” over and over again. That right there is not the mental state that anyone wants to be in when in the field hunting. While missing is going to happen, each and every time we settle a pin or line up the crosshairs on the vitals of an animal, we have to believe. We need to believe that our arrow or bullet is going to go right where we want it to. This is what I would call “mental follow through.” Get back to the target, so you can get back in the field. 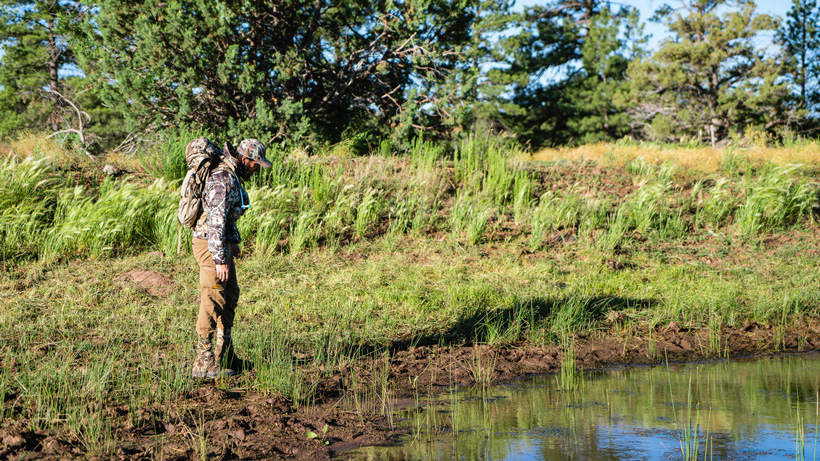 This whole thing that we are trying to accomplish here is a process. Great things take time and hunting is no exception to that. This kind of goes against the grain in terms of the instant gratification we’ve come to know so well today. A lot of things in hunting, though, is “playing the long game,” if you would. There is so much that we do beforehand to prepare for this stuff. Spending your time at the range shooting your weapon is time invested in the future. Then, there is the hunt itself and what that entails. From finding animal sign to finding animals to stalking them to harvesting them. That is a process and one that a hunter only gains familiarity with over time. Once you do, though, trust it. The process doesn’t change after missing the buck of your dreams. It’s the same and always will be. The only thing that changes is your mental state of mind. 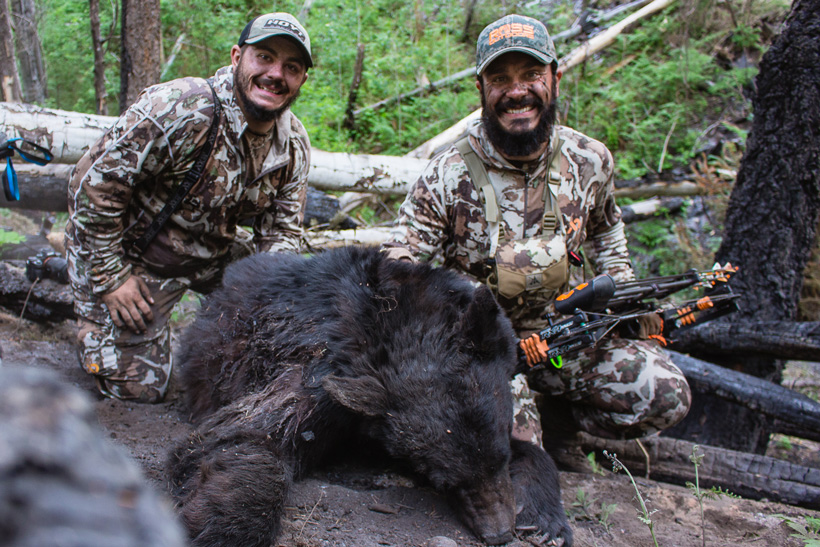 After those two misses, I told you about in the beginning, I was more determined than ever to get my first archery bear. Just the fact that I missed let me know that I could do it, which was a huge confidence booster. For the next year, I worked on my shooting in preparation for the next bear hunt, taking the necessary steps towards success and trusting the process. That following spring in a brand new unit, I was able to sneak into 25 yards of this boar while he mounted a sow actually. The experience was unreal and after the two separated, it ended with me harvesting my first bear with a bow—something that I had dreamed about for years and was starting to think was impossible. After a healthy load of determination and persistence, everything finally came together. Swallowing those misses the season before was rough, but a necessary step in my growth as a hunter in my opinion. Those misses shape us. They drive us. Each one of them will be burned in your mind. Without them, we wouldn’t be the hunters that we are. Missing isn’t the end; it’s the beginning.