Preparing for the moment of truth 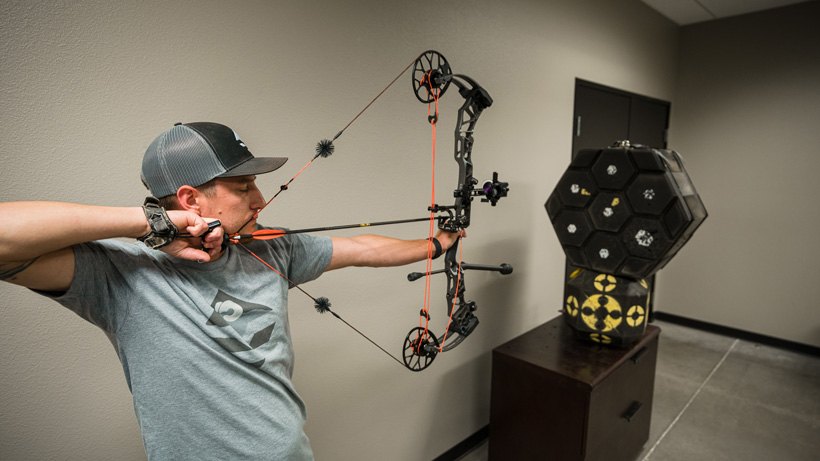 It's hard to believe we are now into the middle of August and many hunters will be heading for the hills in the coming weeks as archery seasons open across the West. In previous articles, I’ve covered pre-season prep for your gear as well as backcountry first aid for your bow, but there are still some very important steps for all archers to consider when prepping for the upcoming season.

In the following sections, I will cover some of the most obvious—and not so obvious—methods in preparing yourself both mentally and physically for the upcoming season. 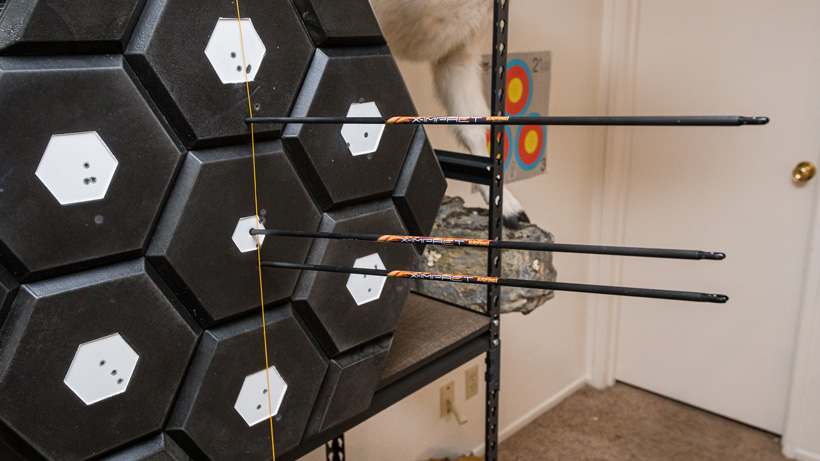 Accurate and consistent shooting stems from a few key areas; however, in my opinion, the most important is muscle memory. Muscle memory is where your entire shot sequence is stored and is the place your body will go to when a rut-crazed bull elk is screaming at you from less than 20 yards and your conscious mind is totally incapacitated. While shooting at various distances is always good the biggest factor for successful practice comes from good shot execution on every shot—no matter the distance. In recent years, my number one piece of advice for anyone while shooting is to only execute perfect shots. This may seem like an oxymoron at first, but a quick rundown on the thought process to this can shed some light.

No matter how long you’ve been shooting every archer has been presented with the same situation: you’ve just reached full draw and, as you settle your pin, you notice that something just isn’t “right.” Your bow is shaking more than normal, your bow arm is tired and you’re standing funny. Suddenly, the urge to rush the shot grows stronger and stronger until you finally punch the release and send the arrow towards its intended target. In this situation, sometimes the arrow hits home; however, generally, it’s going to be off to some degree and the bad habitats exhibited on the shot are now becoming part of the norm for your shooting style. While practicing, if this situation becomes a reality, I’ll let down on my bow, reset myself for the shot and try again.

Obviously, while we are hunting the number of goofy shooting positions that can be presented will be endless and impossible to predict. It’s just the simple truth that shots on animals can often be from uncomfortable positions and the reality of having enough time to let down and re-draw on an animal is unlikely. Still, since making this part of my practice regimen, I’ve found myself able to concentrate on the shot sequence more—even with unnatural shooting positions. Additionally, I have found that my mind will subconsciously take a quick inventory on my shooting options prior to drawing on an animal and I’ll inadvertently set myself up for more comfortable shooting positions.

Once I start getting inside a month or so of opening day one of my favorite practice methods is a single cold bore arrow from a realistic hunting distance or position to start my practice session. An unplanned shot on a body that isn’t warmed up to shooting can provide hunters a quick glance at where their shooting skills are at, what needs to be worked on and can also allude to your maximum effective range. The objective here is very straight forward- pick a random yardage, walk out and execute the shot.

The one arrow method

Along with a single cold bore shot, another one of my favorite practice techniques is only firing a single arrow for each set. When shooting at longer distances I often find myself shrugging off less than ideal shots simply because I still have a few more practice arrows left to shoot—I can make the next one count, right?

In hunting, it’s rare that hunters are ever given a second shot and I like to emulate this with my practice. With opening day closing in I’ll force myself to shoot one arrow and retrieve it before shooting again. This practice really forces me to focus on each individual arrow and also allows me to pay close attention to my shot execution on every shot. 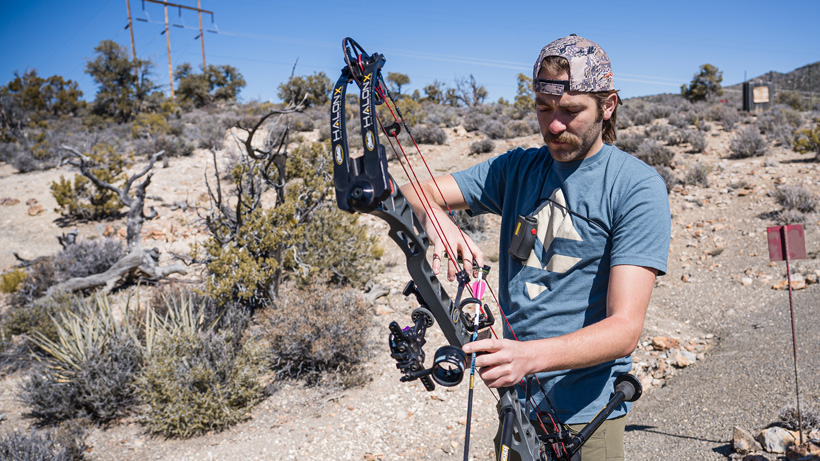 When bowhunting the mountains of the West one thing is fairly common: no two shots will ever be the same. The terrain is uneven and not always solid, which means that hunters will need to practice for these awkward encounters. Archers often get stuck in a rut while practicing during the offseason; every arrow is shot from the same known distances and with perfect footing. While we always strive for the best shooting positions as possible it’s just a simple fact of bowhunting that this is rarely the case.

With the season closing in, one of my favorite practice routines is to randomly pick various shooting locations, angles and distances. While doing this, I’ll look for shots where I may have to shoot under or over branches, through gaps or while kneeling. Additionally, I very rarely shoot at even yardages (20, 30, 40, etc.) and, instead, shoot in between yardages that will force me to pin gap with my multiple pin sight. While practicing with this method, I will also adhere to my other self imposed rules of only firing a single arrow from each location and focusing on perfect shot executions only.

If available, heading to the local 3D range is excellent for this; however, when this isn’t an option, I like to head to a local piece of public land with a portable target. I like to look for a small draw or canyon to place my target in and, from there, I’ll simply walk around the target and look for various shot opportunities. I feel like this practice also prepares me for the mental side of always being on the lookout for shot opportunities when an animal is in range; a perfect broadside shot will not always present itself. 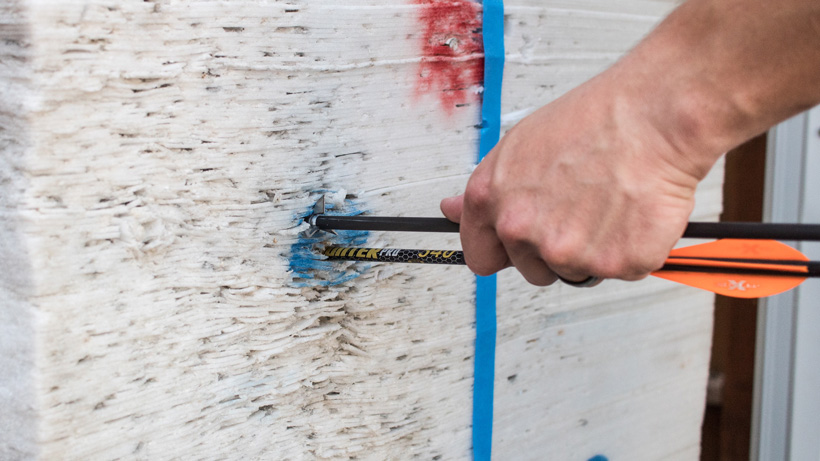 Your bow has been shooting great all year, your field points are flying dynamite out to 90 yards and your confidence is at an all-time high. The season is a week or two away so now most archers will throw on their broadheads to make a quick accuracy check. Suddenly, your confidence is gone as your broadhead-tipped arrow porpoises and corkscrews downrange and hits the target 10” from your practice arrow. Now what? The pro shops are packed and you will be lucky to even have your bow back by opening day.

Shooting broadheads doesn’t have to be a year-round activity—not that there’s anything wrong with that—but regular shooting of broadheads will keep you and your gear in check. Any slip in tune or lapse in shooting form on your end will be directly reflected on the flight and performance of your broadhead, particularly fixed blade heads. This can be a great way to not only keep yourself honest, but to also keep tabs on how your bow is shooting and performing.

Shooting with your quiver

This may seem very rudimentary to most, but its simple importance is worth mentioning. A fully loaded quiver attached to the side of your bow is going to change how things feel and shoot; that's a lot of extra torque on one side of your bow. Practicing with both field tips and broadheads with a fully loaded quiver is very important and something every archer should be doing.

At first glance, this practice routine is silly (almost laughable), but it has helped me immensely and something I’m constantly doing. I’ve always been a firm believer that our subconscious minds control a lot more of our shot sequences than our physical shooting form will. When stuff starts hitting the fan and a shot is about to be presented I want to know that my mind will take over and allow my body to continue through my shot sequence while my conscious self is slowly losing his mind with excitement.

I daydream about shot scenarios constantly whether I’m watching a hunting video or laying in bed at night. Unless you're in a treestand or a blind it can be very hard to predict exactly how a shot will be presented and being mentally prepared for curveballs can be game changing. Daydreaming about shot opportunities allows me to run through situations that I may or may not ever experience without leaving the comfort of my own head. Crazy? Maybe, but this practice has helped me and others a ton.

This one seems so obvious, but oftentimes gets overlooked by many. Shooting in your backyard in your basketball shorts and a t-shirt is a lot different than being in the mountain while wearing a sweatshirt, gloves and a pack. Load up your hunting gear and try taking some shots. Did anything change or feel drastically different? This is something that can make a huge impact when the moment of truth arises and can easily be done in 10 minutes of shooting at the range. 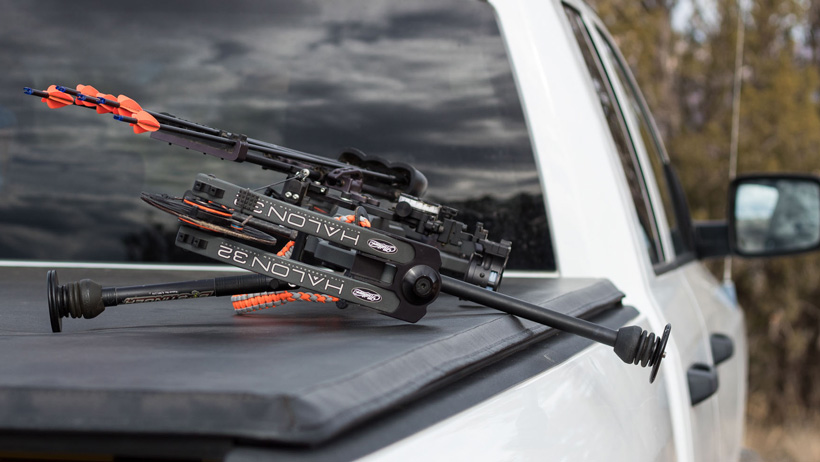 A quick session of practice before leaving the truck for a hunt. Photo credit: Dave Barnett

There are so many factors working against us in the mountains and being prepared for as much of it as possible will only lead to more frequent successes. No matter how much you practice there will be factors that will simply not be overcome from time to time—that's just part of bowhunting. Still, a shot that goes errant due to an element in our control can be haunting and is generally preventable. Perfect shots are created from perfect practice, not the number of arrows fired.