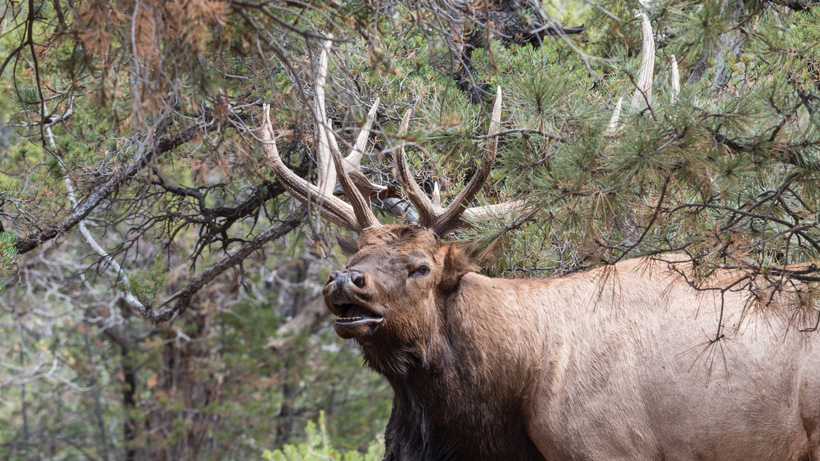 While it’s only about the size of a grain of rice, the mountain pine beetle is slowly changing where elk migrate. According to a recent study, researchers found that elk within the Elkhorn Mountains of central Montana are avoiding pine beetle-impacted areas, thus changing the way the animals are using elk habitat.

According to KRTV.com, MFWP tracked the movements of 60 radio-collar elk for four years and, then, compared that data to a previous elk migration pattern study completed in the 1980s. They discovered that while pine beetle infestation created a minor decrease in overall canopy cover, elk tended to use forests infested with the insects less than they did in the 1980s.

“We can’t say that it doesn’t affect the elk because the infestation and the change in the habitat certainly has, but it’s only factor that’s out there on the landscape,” said Greg Lemon, MFWP spokesperson.

While researchers found that the canopy cover “in pine beetle-infested forests remained higher than Douglas fir and ponderosa pine forests,” the study determined that canopy cover plays an important role in elk habitat and security—a factor valued during hunting season pressure as the Elkhorns are located entirely within Hunting District 380 and incredibly popular.

The study found that the GPS-collared elk sought out private land to get away from hunters during the high-pressure season. Elk that used public land during the archery and rifle hunting seasons “selected security areas with a minimum canopy cover of 23 percent and more than a mile away from motorized roads,” KRTV.com reports.

Mark Deleray, MFWP supervisor in Bozeman, acknowledged that managing elk within popular hunting places like the Elkhorns “is complicated.”