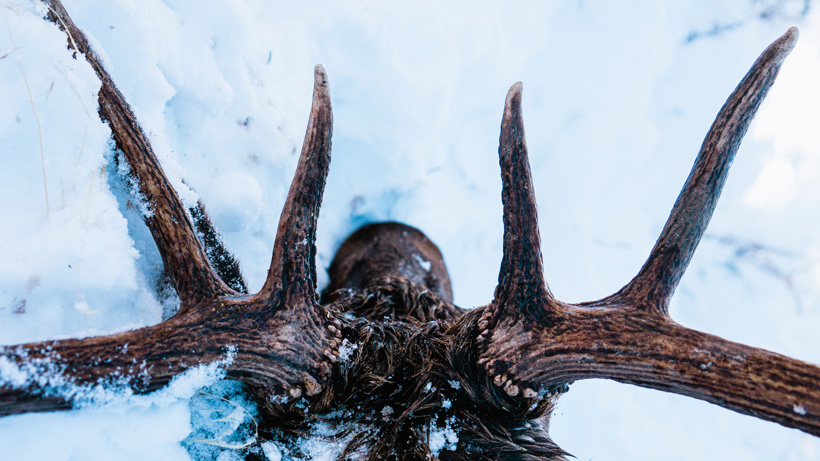 If I had to narrow it down to one species of big game in Arizona that gets the most attention, it would definitely have to be elk. Arizona is home to some of the biggest and best elk hunting out there and the state’s on more than a few hunters to-do lists across the country — and, quite possibly, even the world. We grow big bulls in fairly easy to access habitat. On top of that, the bugling is INSANE. Many nights, I haven’t even been able to sleep because bulls were bugling all night long. It’s a good problem to have if you want to call it a problem in the first place. Having some of the best elk hunting out there comes with a price though. Arizona is known for being extremely hard to draw, but that doesn’t mean you’ll never get to hunt it. There are plenty of other options besides the coveted early archery and early rifle tags.

Don't forget that the application deadline is tomorrow February 11 at 11:59 p.m. Arizona time. You can apply online here.

The month of September is a sacred time for a bowhunter. It’s when the forest ignites with cries of lust-crazed bull elk and fills with that ever so familiar musk of the wapiti. Arizona harbors some jaw-dropping archery hunting during this special time. Of course, there are a few select coveted units that everyone puts their name in the hat for. These are units that are known for producing that magical 400″ mark. I get it. You’ll likely have to wait a good amount of time, though, to draw one of these sought after tags. For a nonresident, 15+ bonus points are usually the price for one of these hunts with residents sitting at 10+ bonus points. If going hunting sooner rather than later is what you’re into and you still want to chase screaming bulls, Arizona has that as well. There are more than a few units that will cost a nonresident 9+ bonus points instead of 15+. These mid-tier units offer some incredible hunting despite being considered mid-tier. For a resident, you’ll have to cash in 7+ points to seal the deal. Keep in mind that Arizona also has a random side to their draw. This basically means that you always have a chance at drawing these — no matter the points. Drawing an early archery bull tag in Arizona may be hard, but the wait is worth it, I promise. 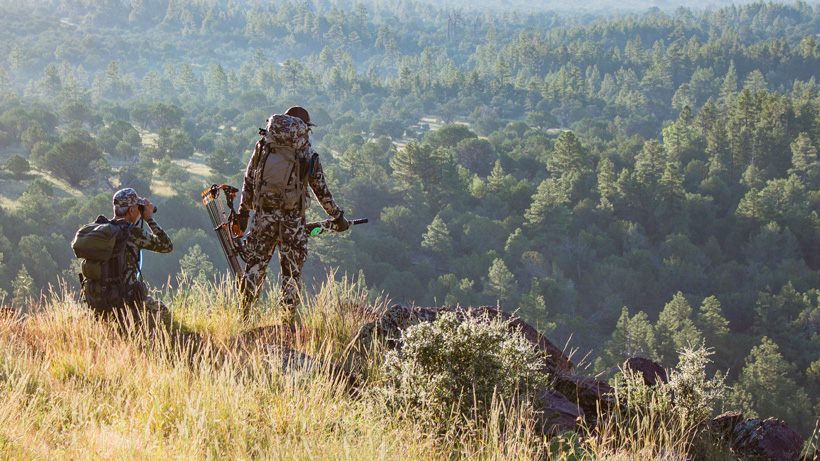 Screaming bulls are awesome and all, but let’s face it: the chances of drawing are slim. If you don’t mind hunting bulls that aren’t rutting and are a bowhunter, our late archery bull hunts might be of interest to you. These are tough hunts that generally have a low success rate. Bowhunters are successful every year, though, and, if you’re not out there, then you’re not elk hunting. Late archery bull tags will cost four points for a nonresident and only one or two for a resident. They’re easier to draw because they aren’t glamorous like their September cousin. However, you’ll hunt the same bulls that the hunters chase in September. The only difference is, they aren’t chatty, so you’ll have to bring the party to them. 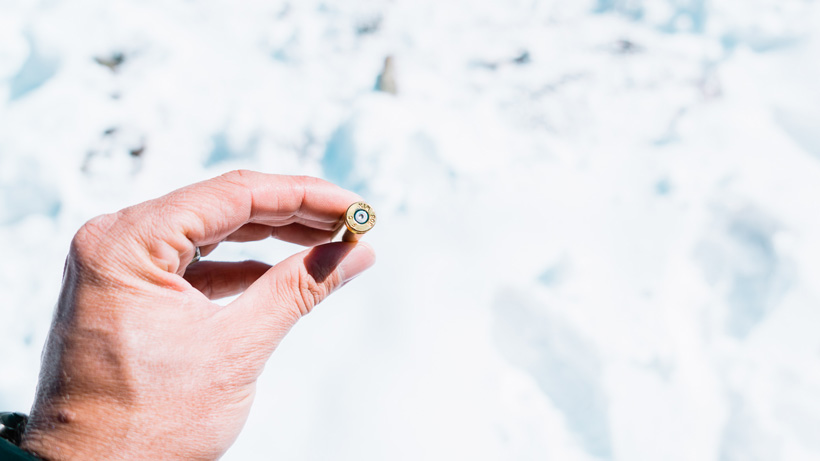 While most of the press around elk hunting is drawn to the early archery hunts, rifle opportunities exist, too, with the most coveted one being the early rifle bull hunts. These are an absolute dream, which is the exact reason why they are so hard to draw. Screaming bulls with a rifle in hand. Can you imagine? Getting to sit high on a glassing knob, overlooking a ton of country, and watching as massive bulls claim their territory. All the while, you’ve got a rifle tag for one of those bulls. It’s basically Disneyland for elk hunters. Most of these hunts are in the single digits and below when it comes to draw odds for a nonresident — even if you have 17+ bonus points — and for good reason. A resident’s odds aren’t much better. Drawing one of these is like hitting the lottery. You can’t win if you don’t play though!

A much easier route to go for someone looking for a rifle bull elk hunt is our late hunts. These take place during late November/early December and are where Arizona gets most of its elk harvest numbers. They are definitely not a “gimme” type of hunt, though. These can be very tough, especially if weather hits, which can shut down most access points if it’s bad enough. This actually happened in the 2019 season. A nonresident most likely will have to pony up five bonus points to draw one of these and a resident will give up around the same believe it or not. Plan for cold weather and even snow. This is also a glassing intensive hunt, so make sure you’ve got optics. 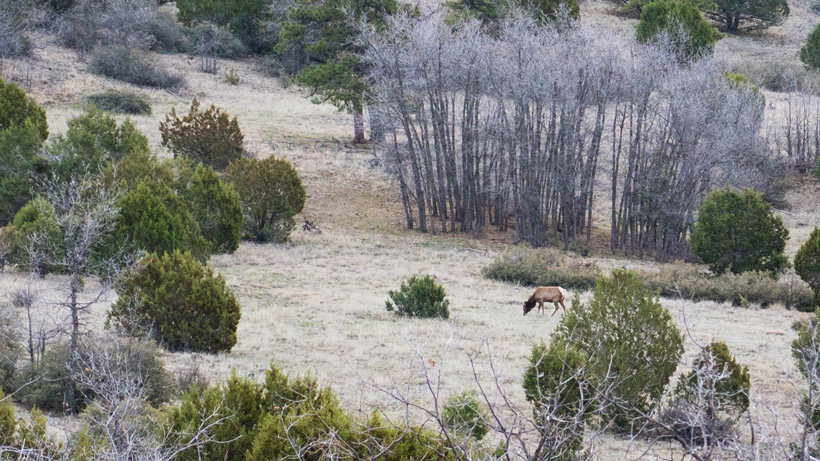 Don’t worry, Arizona doesn’t forget about muzzleloader hunters! Even if you’ve never been a muzzleloader hunter, this is just another opportunity to throw your name in the hat for an Arizona elk tag! These hunts take place in both September and November. Most hunts are going to cost a nonresident in the realm of eight points and a resident five points. While they will still run you a pretty penny on points, they are definitely better than waiting for an early rifle tag! So, if you’re open to hunting with a different weapon, then I wouldn’t sleep on this. It’s like archery hunting with a boom!

Big bull elk antlers are nice, but elk meat is delicious, isn’t it? If antlers aren’t a concern to you, maybe consider a cow elk hunt. Arizona has archery, muzzleloader and any legal weapon seasons to choose from. Most are spread out between September, October, November and December. These are much easier to draw than bull tags and some units are even 100% odds with zero points for a nonresident. Remember the old saying: “Ya can’t eat antlers!” I’d say that is rather fitting here, unless you’re a dog, of course. My dog loves elk antlers. 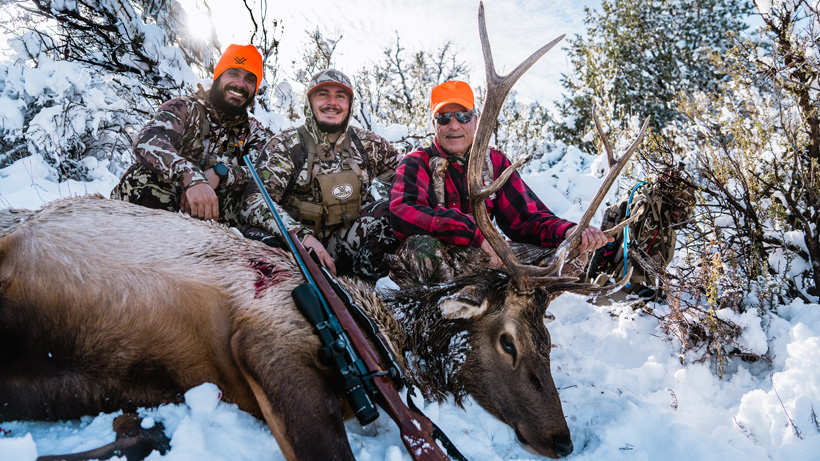 As I sit here and write this, we are anticipating yet another Arizona elk draw in front of us. Anticipation is running high for hunters with their dreams looming in the distance. Will this be the year that Arizona blesses you with an elk tag? Only time will tell. Hopefully, after reading this, you’re slightly more confident and educated on what Arizona really has to offer for our elk hunts. Yes, we have trophy bulls that would take the breath away from any hunter. But we also have hunts that won’t take forever to draw. Hunts that, really, will rival any over-the-counter (OTC) elk tag out there. I love those OTC elk tags across the West, but once you hunt elk in Arizona, there is no comparison between the two. You’ll be chomping at the bit to get back here. Good luck in the draw!

For even more detailed information, be sure to check out goHUNT's 2020 Arizona elk application strategy article here. Then jump in and do some research on Filtering 2.0 and Draw Odds.