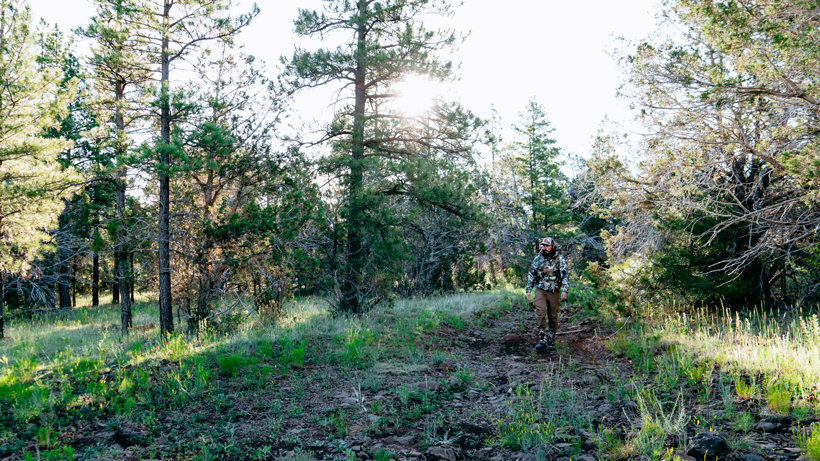 Our hunting gear is laying dormant and fall has long passed. Spring is upon us. It’s always sad seeing hunting seasons end, but when one ends, another begins. Spring is high in my thoughts right about now. The thought of fresh green grass, flowers and most exciting of all: bear hunting. Spring bear is a season that can’t come soon enough each year. The weather is still nice before summer comes and the bears are out walking around in some of the most lush and beautiful landscapes Mother Nature has to offer. Not to mention that getting out and stretching the legs after a long winter is always nice. It lets you shake off the dust and make sure those knees still work. Narrowing down where to hunt spring bears, though, can be a challenge. Folks go out every year and never even see a bear. So, in light of the upcoming spring bear seasons, I’m going to lay out some things that have helped me narrow down spots for spring bears. 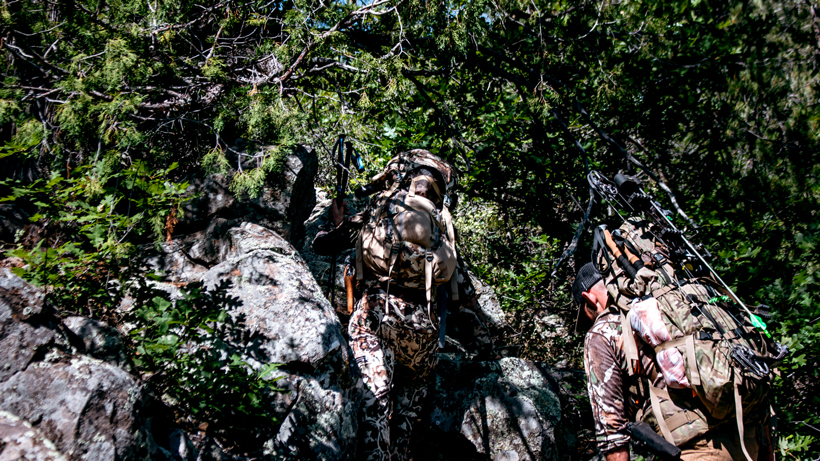 The places where I’ve found myself getting mixed up in when it comes to bear hunting are nothing short of gnarly. These animals truly like the steep and deep in terms of terrain. I’ve seen bears in places multiple times where an approach wasn’t even possible due to the sheer ruggedness. So, when it comes to where to start your search: look towards the nasty. Deep canyon systems are a great place to start and particularly east/west running canyons. The reason why that’s important is it means that one side of the canyon is a north face and the other is a south face. That setup offers the best of both worlds for a bear to live. The south slope will be where most of the food is, especially early in the spring. While the north slope will offer bedding with the bottom of the canyon usually having a source of water for them. These kinds of spots can be easily found just by way of a map and are fantastic starting points. Steep country like this will also give a hunter the ability to glass as you should easily be able to see across these drainages, depending on whether they are heavily timbered or not. Glassing is one of the most effective ways to locate bears in nasty country like this. I truly believe that bears like these steep and deep areas because they feel the most secure there. They are an animal of the shadows and rugged country and live in solitude. 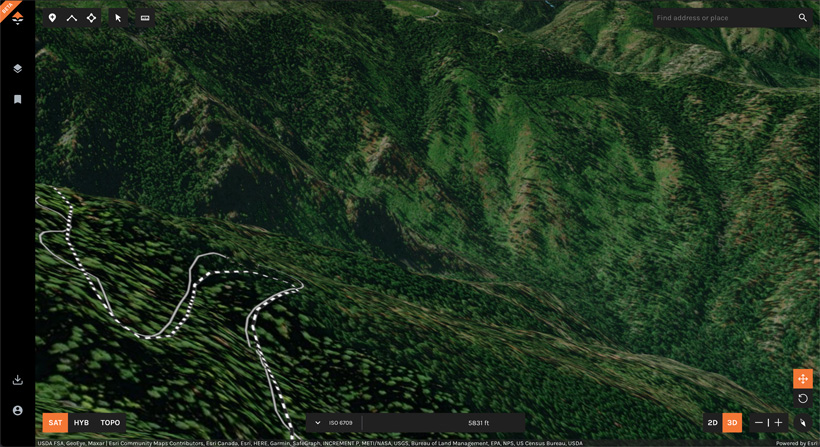 One of the best ways to figure out potential bear hunting locations is by using 3D satellite imagery. This can easily be accomplished by using goHUNT's 3D maps. Being able to view the terrain in 3D allows you to quickly see terrain that might hold bears. Plus, on top of that, you have layers that can be very beneficial for honing in on a bear area. Layers I like to look at are fires, elevation, timber cuts, roads and trails, etc. You can then find places to glass, camp, and locate those hidden spots where bears hide out.

Food is everything and then some

Outside of the breeding season, bears live to fill their stomachs. This is the number one way to narrow down spots to look for bears. It’s one thing to just tell you what food to look for, but it’s equally important to know where to look for what food during what part of the year. 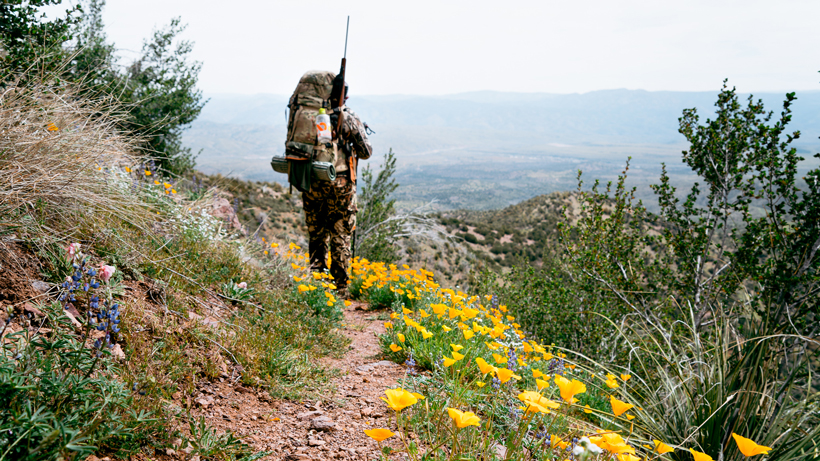 In the early parts of the spring, bears will be somewhat still close to their dens at what is likely mid to lower elevations. This usually means very rocky areas that offer habitat for them to crawl into a den and come out to look for the first emerging green up. Green grass is the most common of the spring foods. Bases of rock bluffs, rock slides and south slopes are all great places to look for the first green up. Bears will also be flipping rocks to find grubs, termites, etc. Flipped rocks are bear sign that most folks just walk right past and never even see. As the weeks roll on, they’ll venture farther and farther from their dens in search of food through the unforgiving country they call home. Throughout that time, they’ll be traveling up in elevation with the snow line as it melts.

The snow line is a fantastic place to start because you know the bears won’t be above you, they’ll just be below as that is where the newest grass will be. As the spring warms up and grass burns off of the south slopes, bears will transition over to north slopes for grass as those will sprout later than south slopes. These north slopes hold moisture longer, so they take longer to warm up. They’ll also begin to focus on berries. Bears love berries. Their name is in the food. The bottom line is that a bear thinks with their stomach and their movements are a reflection of that.

Lucky for us, spring bear seasons can be found in a wide variety of climates. It gives more opportunity to get out in the field, but also the ability to hunt bears in a variety of climates. Searching for bears in these areas may be different, but the overall thinking is the same. Food, cover, water. Let me elaborate a little.

In drier climates, water is a massive factor. For instance, down in the desert, creeks are not flowing like they do in wetter climates and green is a color not seen like in other parts of the country. You’ll see much more brown and yellow instead. So, when scouting for bears in drier climates, if there isn’t water around, I won’t even bother looking at the area. Doing so is a flat-out waste of time. This may sound a bit frustrating, trying to hop around and look for water, but there is some gold to this. Once you do find water, you will likely find bears. Placing trail cameras on secluded pools of water that build up in the bottom of drainages is a great way to get photos of bears. Bears need water and this is a fantastic way to narrow down where to look. 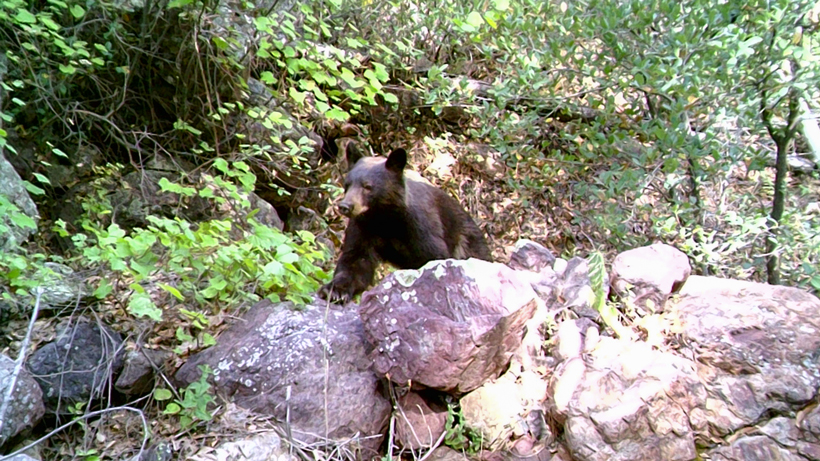 A small bear that I got on trail camera coming to water.

Now, in more mountainous terrain in other parts of the country, water isn’t so much of a thought. It’s still a necessity, but it won’t concentrate bears as it will in arid environments. In places like these, I’m looking more for a main drainage to work that has a creek/river flowing through the bottom, but more importantly paying attention to the feeder canyons that come off of that main drainage. The bears don’t need to stay as close to main water sources like they do in the desert. Water is everywhere in a lot of these areas. So, it really comes down to covering country and focusing your efforts on glassing food sources. Bears might be a little more spread out in places that have ample food and water. Country like this offers a great place for a bear to live and a great place for you to start your bear search. 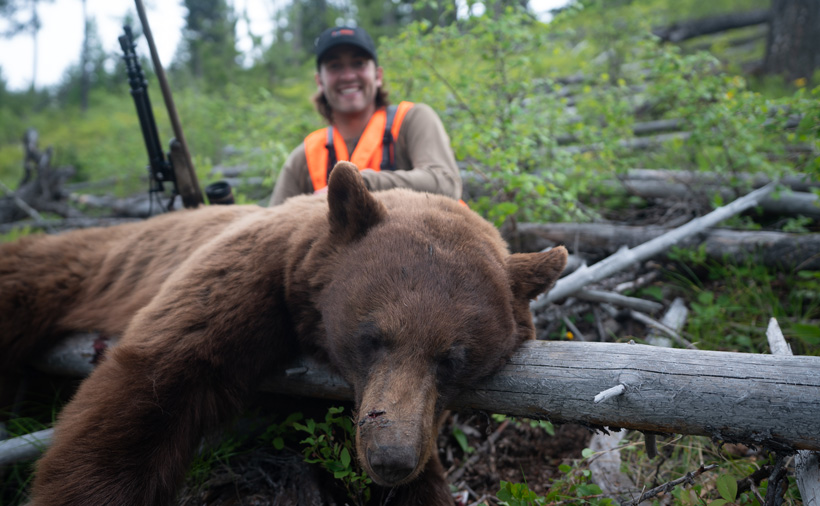 Spring bear hunting is something that has continually grown in popularity each year. However, it’s still nothing compared to something like elk hunting in terms of hunting pressure. So, along with getting to head out and dust off the hunting gear, you’ll likely be doing so in solitude. This is especially true if you’re willing to hike or backpack into spots. Most folks aren’t willing to work that hard for a bear, which opens up a great opportunity for those who are — and it’s not many. I could probably sit here all day and chat spring bears with you, but I’m currently in the middle of planning a spring bear hunt myself. So, I should probably get going! The door of last season may be closed, but another one is about to open.