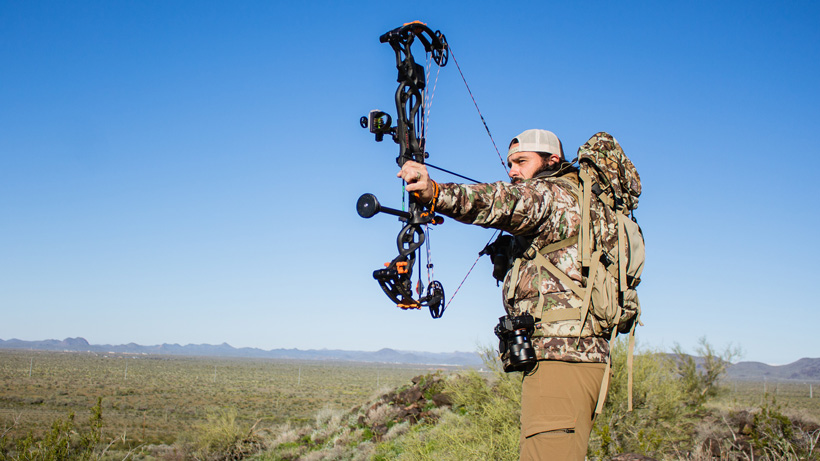 I can remember the first time I ever shot a bow. It was in my backyard when I was around 12 years old and my dad had just borrowed a bow from a family member for an upcoming deer hunt. We set up a target at 10 yards and he let me try out the old relic of a compound. One of the things that I remember the most was how much my fingers hurt from pulling back the string. This was before we found out about release aids, so my Dad would shoot with fingers. It felt like it took everything I had to get that bow back. When I did, though, and settled that crooked rusty pin on the target, that’s when it happened. I released the string from my sore fingers and it hit me. Not the string, but the addiction of archery. That arrow traveled so fast from my bow to the target. I was amazed and hooked. Since then, that addiction has grown and so has the distance from the target. Whether you condone shooting an animal at long distance or not, there is a satisfaction of standing at a great distance from your target, pulling through your shot and watching that arrow sail right into the spot you were aiming. That entrancing flight of the arrow. Here are some tips I’ve found through the years to get that arrow to hit right where you want it at distance. 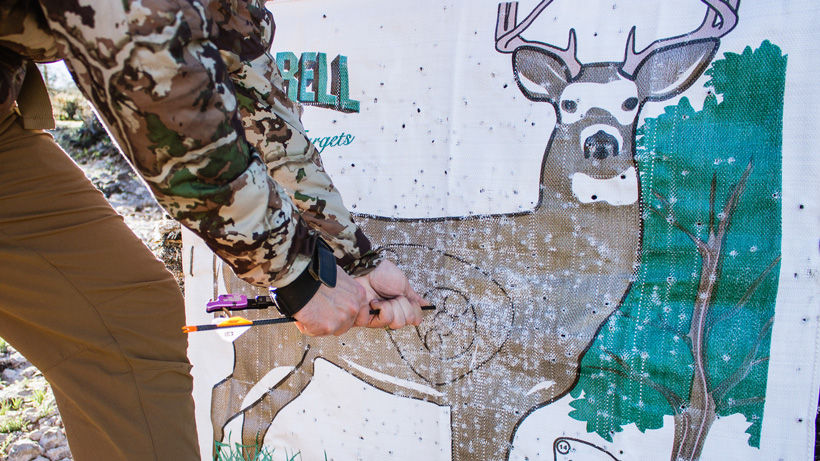 You’ve got to start somewhere and bravehearting an arrow is no exception. There is a ton that you can do at that measly 10 to 20 yards in your backyard and that is where you need to start. Or, take it one step further and shoot at a piece of string hanging from a target in your garage. Read more on that string practice technique here. Don’t jump from 20 yards to 80 yards right off of the bat. Move to 30 yards and get that dialed. When you feel comfortable with that, then move to 40 yards. This is something that I think is best to not rush because you are building the foundation to your shooting. The farther you step back, the more magnified any inconsistencies become. So, take them as such, little by little. There is a process to all of this and I think if you rush the process, you will fail to gain what you are looking for. Shooting a target at 30 yards is essentially the same as shooting one at 80 yards. The difference is all in your head. That is the hard part—beating those mental demons. 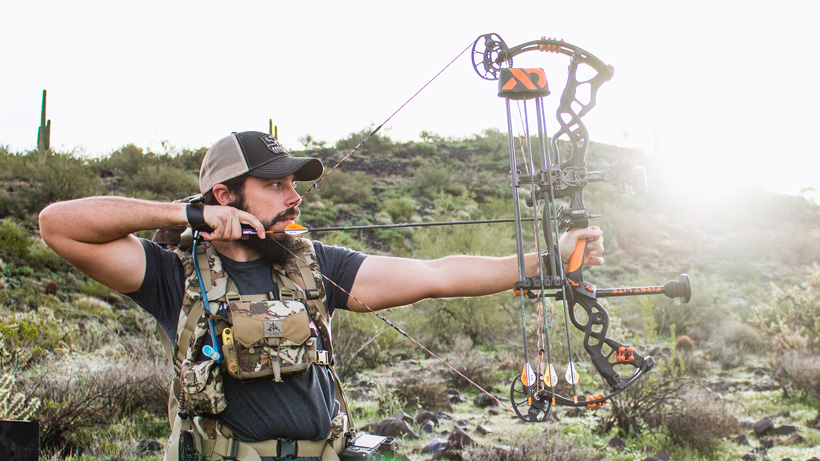 So, remember when I said that any of your inconsistencies are going to be magnified at distance? This is where your technique and form are going to come into play. Continuously putting arrows in the X is all about being able to do the same thing over and over again. So, “proper” form aside, if you can repeat what you are doing, you are going to see results. There are folks out there that technically have bad form, but they still shoot well. Even shooters that punch the trigger or people that might have an awkward stance. Why? Because they can repeat it. I’m not encouraging anyone to have bad form, but I do think that everyone needs to do what is comfortable for them. All of us are different and what might work well for one person might not for another. I think this is why having your own pre-shot routine is huge. It creates routine, which then translates into consistency.

Anchor points come into play here as well. Those insist that we repeat the same thing as before. It might be when an archer lets the string rest on a particular part of his or her nose at full draw. Or it’s a spot on your cheek where your knuckle rests. That cheek pressure from your string has to be consistent as well. Too much pressure for a right-handed shooter will cause shots to hit left and the opposite is true for a lefty. Aligning your peep with your sight housing and leveling your bubble are other things that will breed consistency. The more you are “in check,” the more your groups are going to shrink. I know it might sound like a lot to remember, but, with repetition, it will become muscle memory. 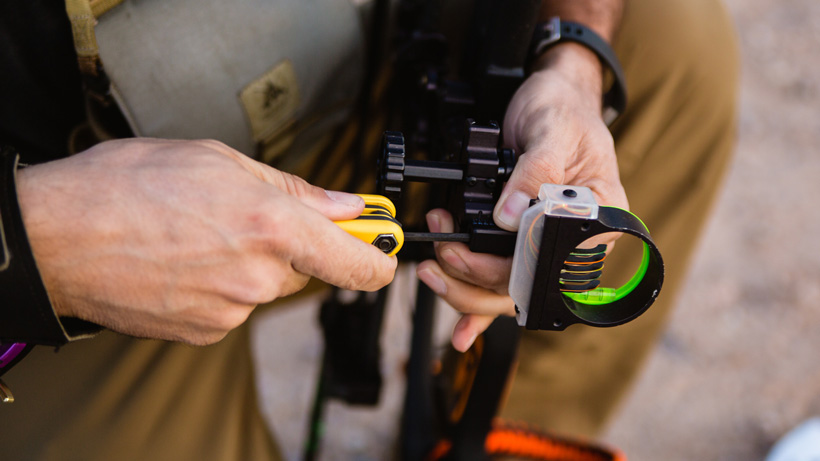 Simplicity and quality of a Black Gold Ascent Verdict 5 pin.

Sure, your technique and form and, of course, encouraging repeatability is incredibly important; however, your equipment needs to be up for the task as well. You could have the best car in the world, but if you don’t maintain it, it’s going to break down. The same goes for your bow and the equipment on that bow. Making sure your bow is sighted in, is obvious, but I’m mainly talking about tuning here and making sure that tuning doesn’t go off. If your equipment isn’t up to par and tuned, then you are going to have difficulty getting consistent groups out to distance and could have issues with arrow flight. Plain and simple, if the arrow isn’t coming out of your bow straight, then there are going to be complications. Now, don’t get me wrong. I am all for setting up the equipment yourself, but if you aren’t that experienced with the stuff, you might consider bringing your bow to a professional. They can help guide you in the right direction and get your bow shooting right. The same can be said about building your own arrows. Some arrow builds are just not going to fly right and, if you aren’t educated on the matter, you will most likely have issues. I will take my bow into the pro shop before each season and have them give it a full inspection. Shooting through paper, confirming third axis, etc. We want our bows to be as tuned as possible. By doing this, we know that any inconsistencies come down to us solely—not the bow. If we do everything right, the bow should essentially shoot itself. 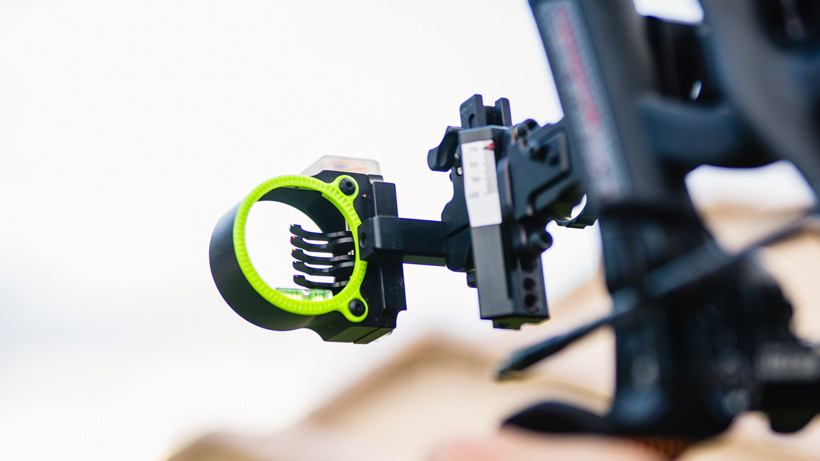 This is something that I have really just started to nip in the bud as far as my shooting goes. I think our natural reaction at full draw is to try and get that pin to be dead set on where you want your arrow to hit. Makes sense, right? I mean, the more steady to pin, the more accurate you should be. Yes and no. I think there is a balance here. Obviously, we need to be able to hold steady, but we don’t need to be rock solid steady. I might even go as far to say that it’s impossible for one to do so. So many things factor into our movement. Things as minuscule as our pulse will make us move. Therein lies the battle. We need to get over this slight movement and let that pin float over our mark. Just keep focused on that mark and the pin will naturally go back to it throughout your slight and natural movement at full draw. It will likely make a figure eight type of pattern over the spot you are aiming. Let it float and don’t fight it. By fighting that float of the pin, you are going to cause unnecessary movement and not the natural kind. That movement will have an influence on where your arrows are hitting. It all comes back to consistency. That float is consistent. You fighting it is not. 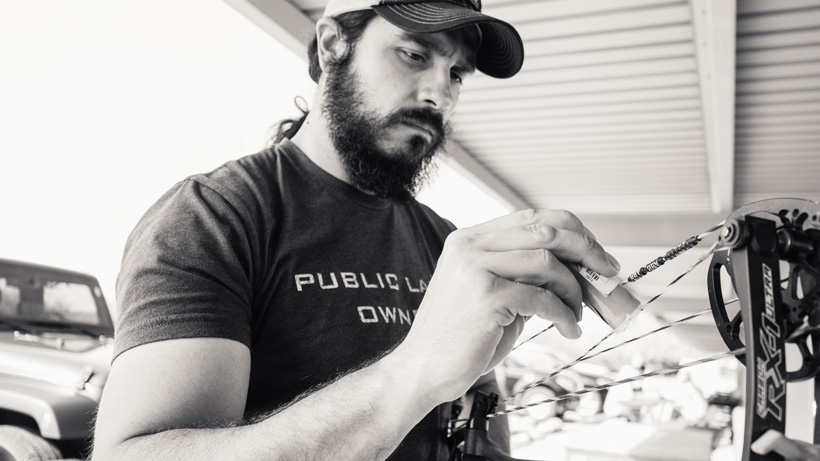 Whether you are a hunter—or just like shooting a bow because it’s fun—I truly believe that shooting long distance will make you a better archer. Like we stated above, it brings things to light that we wouldn’t know were there in terms of our possible inconsistencies. Folks, myself included, will often disregard an inch at 20 yards. That won’t be an inch out to distance I can tell you that. If you can get dialed in at 60+ yards, imagine how well you would shoot at 30 and 40 yards. They would be chip shots. Those slight improvements that are made here and there to close that group up at long range are going to really close the group up at the shorter ranges. So much so that you might have a hefty arrow bill in your future!