Is it possible to completely eliminate scent? 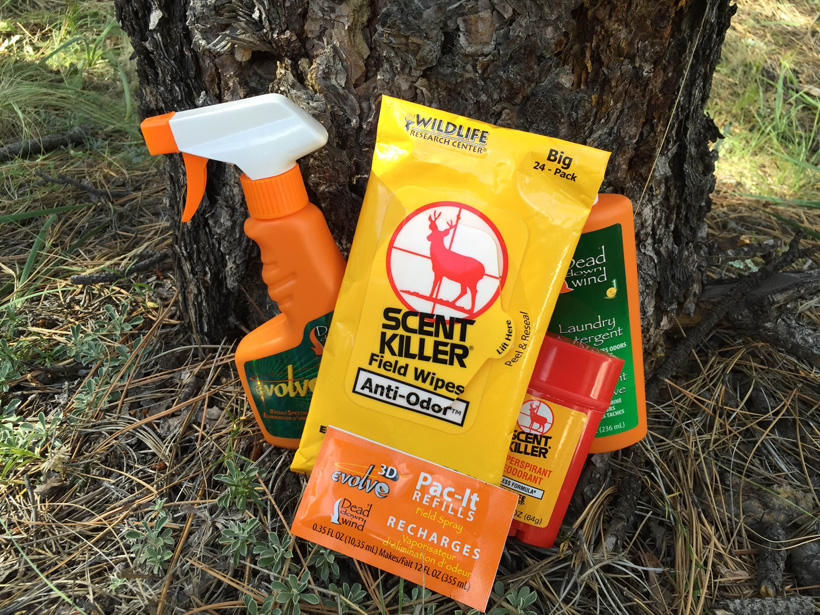 Every day a new scent control product seems to hit the market. How do you make sense of the marketing tidal wave that hits you every time you turn on the T.V. or open a hunting magazine? Do scent control products actually work? Is it possible to completely eliminate odor? Maybe. In this article, I will uncover the answers to those questions and determine the best way to remain undetected in the field. 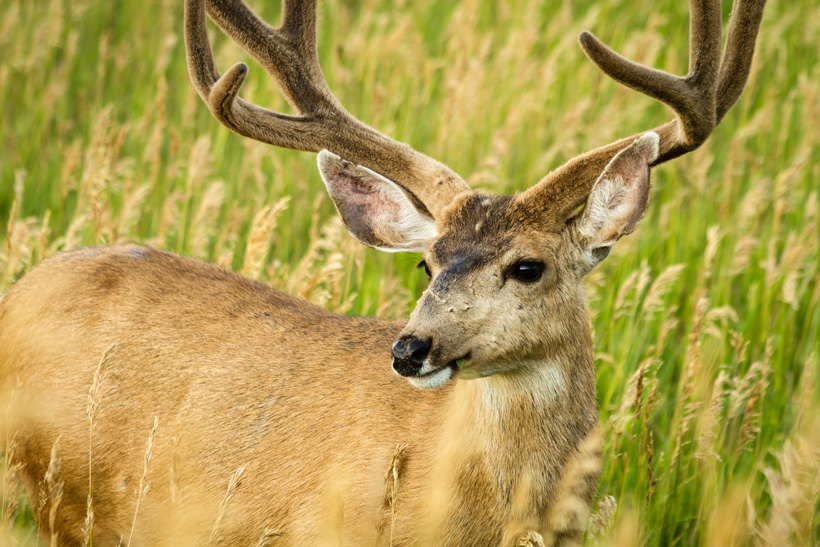 Animals have special membranes in their noses that pick up scent signatures in the air. In fact, deer and elk have more receptors in their noses than even dogs. Deer and elk can also use an additional organ in their mouth, called a vomeronasal organ, to detect smells. This allows them to detect multiple scents simultaneously and makes it possible for them to detect smells that are incredibly far away. This means that the proverbial deck is stacked against a hunter almost immediately because animals can smell you before you ever see them.

It will be easiest to understand scent control if we first understand scent in general. There are three types of scents that comprise the smells that an animal will pick up: natural, unnatural/foreign and odor.

Natural smells are those smells that naturally occur in its given environment. The smell of pine trees, the smell of a deer's coat, etc.; however, natural smells are not just those smells that are found in nature. Human beings also have a natural smell even though we do not actually smell it. This is because our brains recognize it as our own scent and the way we are programmed, it becomes useless information that does not register for us. But that does not mean that it is not there. I could shower with scentless soap and scentless shampoo and I would still have a natural scent. Natural scents cannot be removed; they can only be masked.

Unnatural or foreign smells are those that are not naturally occurring. Scented detergents might be mountain fresh, but in the woods in the fall that smell is unnatural. Coffee is an unnatural smell as well as vehicle exhaust. Unnatural scents can be removed with little effort. Simply by being aware of these unnatural or foreign smells is enough to make changes that can drastically reduce or eliminate them.

Odor is a specific type of scent because it is caused by the growth of bacteria in an environment. Sweat does not smell like body odor until it stays in a dark, wet area of your body (i.e., your armpit) for an extended period of time and bacteria begins to grow. The only way to eliminate the smell of odor is to eliminate the bacteria that causes it.

In order to be truly scent free in the field, you must address all of the above form of scent and odor. By only addressing one of the three, you will still be exposed.

There are countless types of scent control products on the market today. It can be incredibly  overwhelming. The last time that I was in a hunting store, it seemed like everything related to hunting had some kind of scent reducing or eliminating quality or endorsement. This is why it can be so confusing. To simplify scent control a bit, all of these different products and technologies are essentially doing one of two things. Either it is eliminating a specific type of scent or it is masking, or covering up, scent. 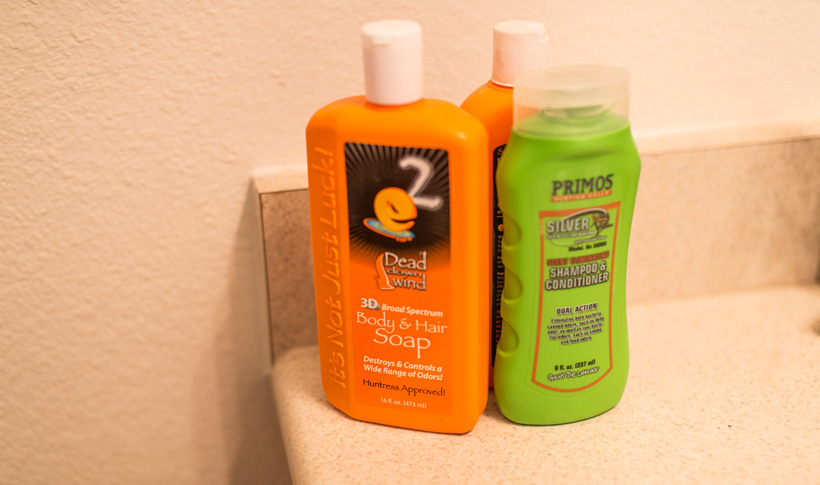 For body odor and general smells, soaps treated with enzymes help kill bacteria and prevent the build up of additional odor causing bacteria. These soaps are perfume free so you are not removing one scent only to replace it with another.

A common form of scent control is the use of certain chemicals in clothing. Nearly every hunting apparel company on the market has a form of this, but it is all based on the same idea: the chemicals in the clothing prevent the buildup of odor due to bacteria not being able to live in the clothing. For example, KUIU uses a fabric from Toray for odor prevention that incorporates the same medical-grade bacteria prevention used in hospitals to prevent MRSA from spreading. First Lite uses Xeolite technology for the same reason. Other companies use silver because silver has anti-bacterial properties. The list goes on. Bacteria cannot live in the clothing, thus odor cannot build up. The issue with chemically treated clothing though is how it responds to scents that are not bacteria-based. The use of carbon is an effective compromise to this issue as carbon absorbs any and all scent, not just odor. Yet, carbon will reach absorption if not washed properly on a regular basis. 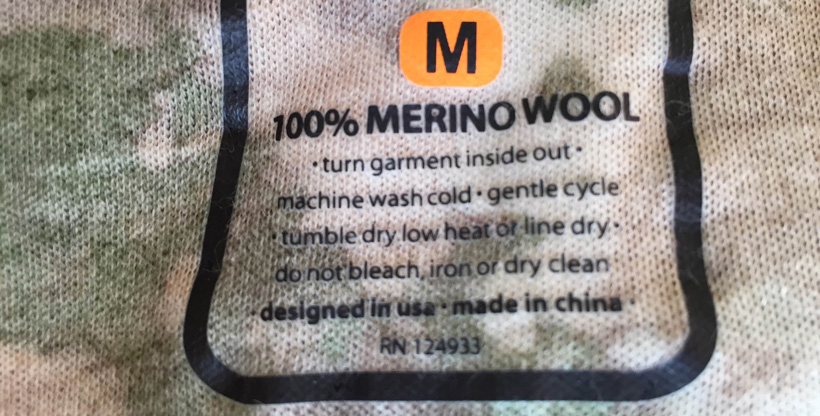 Some naturally occurring fabrics are effective at controlling odor as well. Bacteria cannot grow on merino wool, which makes merino wool an effective, long-term solution for odor control when a daily bath and clean change of clothes is not an option. Be aware that just like chemically treated fabric, this does not mean that merino wool removes all foreign scent. 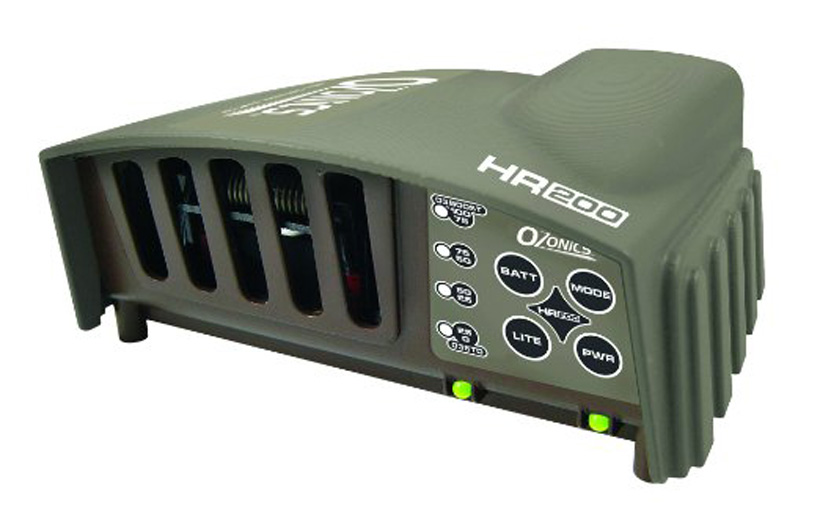 Ozone is a naturally occurring compound that cleans our air and water. It is used as a form of scent control and is quickly gaining support. A portable machine that creates Ozone can be hung in a blind or tree stand and a fan pushes it ahead of you. The Ozone effectively disrupts the animal's ability to identify your scent. It works very, very well; however, Ozone units are very expensive, are difficult to use if you are constantly on the move, and if it malfunctions you are busted.

Another form of scent control uses a technique known as receptor overload (or confusion). Essentially, you use a spray that causes an animal's nose to be confused by a myriad of different scents all at once, causing the animal's brain to subconsciously disregard all information it is receiving from its nose. It is an interesting idea.

Ancient Native Americans would use the plants and the smells of nature as a cover for human scent and people still do this today. Picking up soil and leaves and brush from the area you are hunting and putting it in with your hunting clothes can be an effective way of "blending in" when it comes to smells. Also, simmering leaves and soil in water and using it as a cover scent is an old-timer technique that still works. The biggest issue here though is that this in no way addresses odor.

The most effective ways to reduce scent

So with all of these different forms of scent control, what is the most effective way to address odor and foreign scent?

Address all forms of scent accordingly

When it comes to controlling your scent, you have to address all forms of smells accordingly. I start by showering with scentless, odor-eliminating soap. I also wash all of my clothes in scentless, odor-killing detergent after which I pack them in an airtight bag until I get out into the field. I carry field wipes and scent-masking spray in the field at all times. I will use cover-scents when naturally occurring; however, improper use of cover scents will spook an animal just like human scent will so I use it sparingly. While it is easy to see how many areas must be addressed for proper odor and scent prevention, there is still the most important form of scent control left to address: wind. 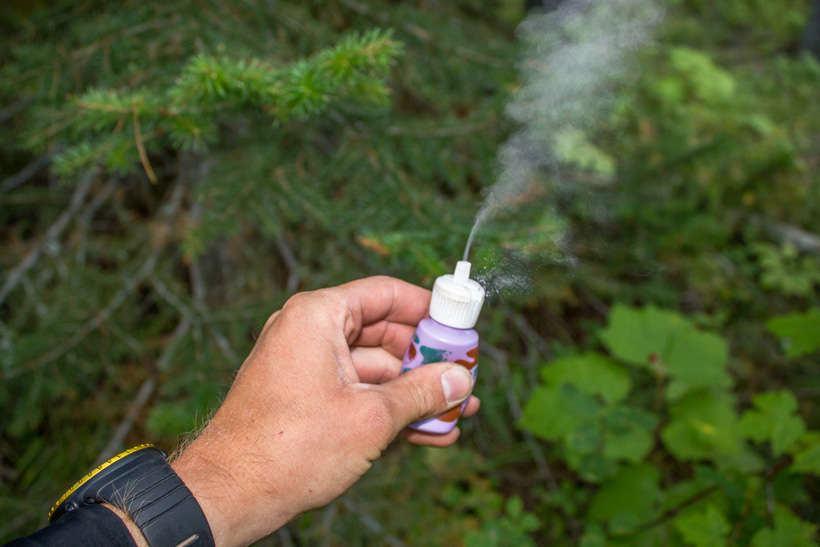 Wind is the most important factor when it comes to scent and odor. If you are upwind from an animal, you are going to get busted! Unless you are very lucky or that bull or buck is rut crazed and does not care, you will more than likely still get busted by his nose. If you are downwind from that same animal, then the wind will carry your scent away. Wind is a crucial component to staying undetected in the woods. Relying solely on new technology is foolish. I always try to pretend as though I have no scent-reducing gear on so that I am always aware of the wind. This ensures that I make the most at everything that I have at my disposal to remain undetected. Cleaners, sprays and chemically treated clothing cannot hurt, but they are no substitute for careful, attentive hunting.

When it comes to scent and odor, keep your brain on and your attention focused on the conditions. I have rarely heard of someone 20 yards downwind that did not get busted, but I have seen plenty of guys decked out in carbon clothing get busted by a downwind bull. I have also seen guys in jeans and a cotton shirt never be detected by an upwind animal. Do your best to eliminate the scents you have control over, but always play the wind correctly. Our ancestors hunted for thousands of years without a spray bottle full of enzymes; we can do the same. I think that a combination of both old time and new techniques is the best formula for success.

That's was a awesome article. The bad part is that I've been wasting money all these years. Now with a little adjustment and I'll be golden.

Zach, When it comes to cover scent, I think it is advantageous to stick to what is natural to the area year-round. Campfire smoke typically means human presence so it is likely going to be a trigger that alerts wildlife. There is too great a likelihood that animals will connect that smell to pressure as opposed to not being alarmed by it. If you want to use something as a cover scent, I'd recommend using something that is a constant in that region/area (Soil, foliage, etc.).

Great article. What are your thoughts on using camp fire smoke as a scent cover up?

Thanks for the comment Will! I agree... It doesn't matter what, where, when, why, or how you are hunting. If the wind is worn, you probably aren't going to do too well. It makes sense to use the new technologies that we have, but that doesn't give us license to disregard the wind.

Great article ! I have recently taken a new look on my own hunting techniques and I always found myself coming back to wind as the main factor. Hunting whitetail in Texas is a much different ball game than hunting elk or muleys in the back country but when it all boils down to it, wind is the single most important factor in any hunting situation. I will not hunt a certain stand if the wind is wrong, even if I saw the biggest buck of my lifetime there the night before. Thank you again for a great read.