Is bowhunting as difficult as we think it is? 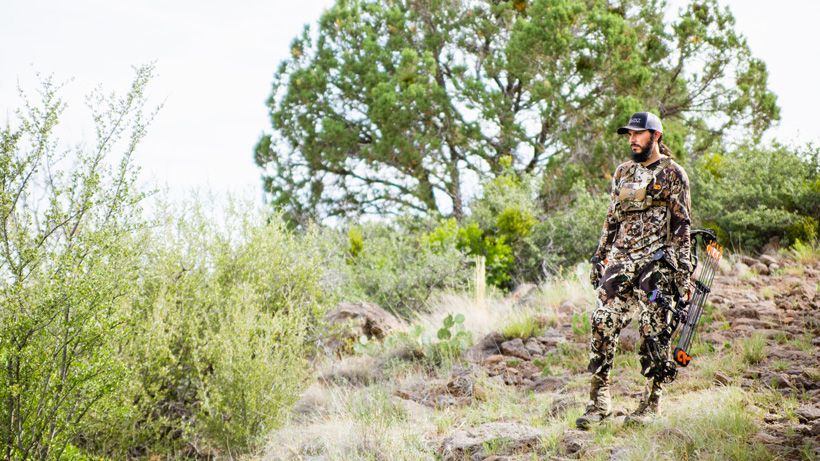 I scratched my head over and over, wondering if what I was trying to do was, indeed, impossible. The task of sneaking up on a wound-up Coues deer buck with a bow is something that might make anyone question their sanity every once in a while. But it wasn’t just that for me; it was all big game animals. I wasn’t able to stalk a single one of them successfully. Heck, I couldn’t even ambush them in a blind. This bowhunting stuff was really mentally taxing for the newbie I was. Success with a bow and arrow was so hard for me to imagine that it often pushed me back to the truck. I’d tell myself things like, “the chances are so slim” or “why should I be successful with a bow?” At the time, I didn’t even know anyone who had filled an archery tag before. So, for me to do so would be like finding the Holy Grail or something crazy like that. Yet, as I gained more experience, I had a realization: maybe all of this was in my head. 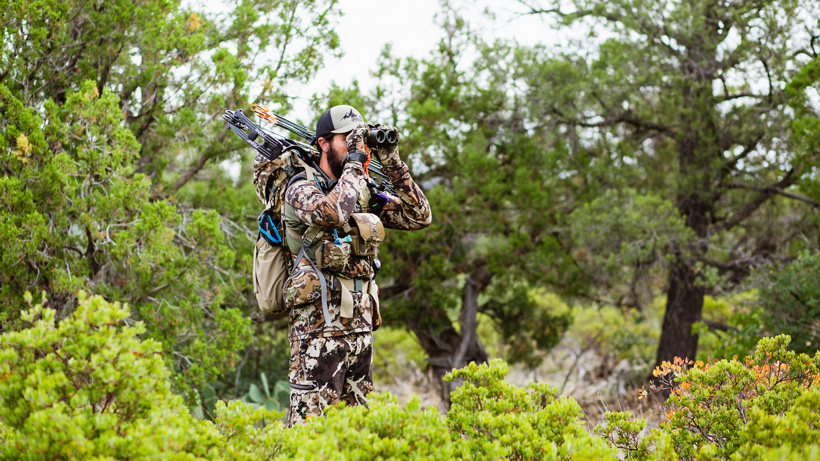 Judging by what I’ve heard through the years from other hunters, I don’t think it would be a stretch to say that the vast majority of people are introduced to big game hunting with a rifle. Going on your first deer hunt as a kid with your dad is pretty memorable. Carrying around that heavy rifle has a way of making a youngster feel like a man. Throughout those years of hunting with a rifle, thinking like a bowhunter wasn’t a necessity. We thought like rifle hunters, which, in my opinion, is quite different. In bowhunting, the little things matter way more than they do on a rifle hunt. Stalking routes weren’t something that I learned about until diving deep into hunting with a bow. Using the terrain to your advantage and not being detected are things that never concerned me too much—even after I started seeing success on rifle hunts. Not just paying attention to the direction of the wind, but also noticing how the wind changes throughout the landscape. Noting my footfall and learning where to place them. Understanding this was a huge learning curve in my early years of bowhunting. And, like anything you want to become good at, It takes time to learn how to think like a bowhunter. 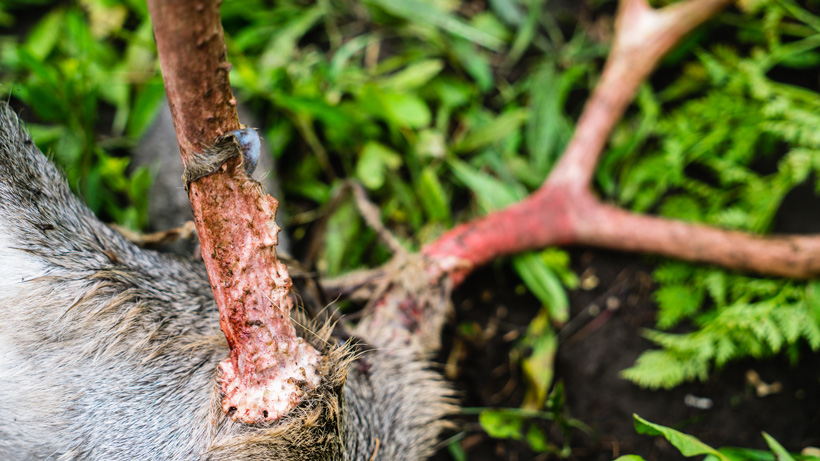 Bowhunting success rates can be lower than 5% on some hunts. There are archery deer hunts here in Arizona that sport that number. That isn’t for lack of deer numbers either, it’s just a feat to do so. For archery elk across the board in the West, success rates sit around 10%, which means that 90% of the folks that set out to chase elk are going to come home empty-handed. That’s pretty crazy when you think of it like that. Here’s what I have noticed though and I’m sure that you’ve heard this phrase before. 10% of the hunters are killing 100% of the elk. I don’t think this could be more true.

There are bowhunters that set afield every year and come home with more than a good experience. It’s the same folks every time. They are more successful with a bow than most hunters are with a rifle. Why is that, do you think? Just dumb luck? I’ve gotten to speak with several hunters about this and it isn’t dumb luck. The difference between them and the rest of us mere mortals are two things: Their dedication is unmatched and they have figured out the process of this bowhunting thing. 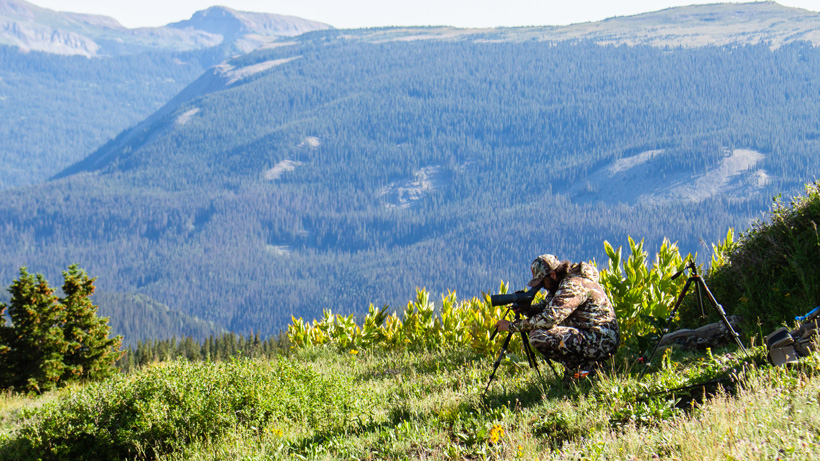 It was 9:30 a.m. and I had four bucks bedded down in the high country of Colorado. Every ounce of my being wanted to just go over there and give it a go. Through trial and error, though, I knew that the best thing to do would be to wait. In fact, I wouldn’t make a move on these bucks until 2 p.m. Let the waiting begin. Because of my awareness and patience, I was indeed able to slip in and kill a great buck. While that held its own set of difficulties, it wasn’t the most difficult part at all. Rather, the most difficult part was waiting. Just sitting back and watching without taking any action set my anticipation through the roof. Plotting over and over again my stalking route. Memorizing the terrain and setting landmarks for my approach. The fact of the matter is that the mountains move at a much slower pace than the city does and that is the pace we need to take with bowhunting. Had a rifle been in my hand, I would have just gotten within range and sent it. With a rifle, there’s no reason to sit back and wait.

Are you with me?

If you’ve, perhaps, been unclear with where I’ve been going with this, let me break it down for you. Bowhunting is no doubt a difficult endeavor. I think all of us can agree on that. However, maybe sometimes we are putting it up on a pedestal and making it seem more difficult than it is. Bowhunting has a formula and that formula is only learned by bowhunting. Lots of failure needs to occur. Have you ever noticed that once someone harvests something with a bow, if they keep at it, all of a sudden they harvest more and more? Filling tags happens more regularly as time goes on. Why is that? It’s because they’ve been collecting the ingredients from the formula one hunt at a time. The more ingredients they collect, the more refined the recipe for success gets. 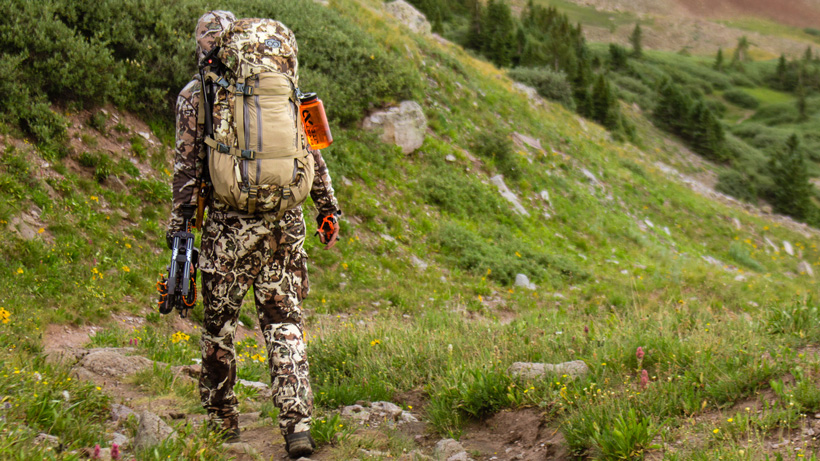 Thinking back to when I was a kid freezing my tail off and lugging that rifle around always makes me smile. That’s something I think all youngsters should do a time or two in their early years of hunting. I’m sure that if you knew then what you know now, things would have been much different in the field. Therein lies one of the many beauties of hunting. It’s the path that we walk and the obstacles we face along the way that truly teaches us. They mold us into the hunters we are. While the path of a bowhunter may parallel that of a rifle hunter to some degree, it might have some more deadfall lying across it. Difficult? Yes, but 150% doable with persistence and forethought. Even though both trails lead to the same outcome, the one with more debris is going to take a bit more time to traverse. A hunter just needs to be willing to walk it.

Bowhunting is certainly a challenge. I've chased big game for over 40 years with a bow - both Trad and compound - while technology certainly gives you an edge it doesn't eliminate the challenges. In today's social media world - great archers/hunters can make it look easy - it is not. When I watch Cam Hanes and others make amazing harvests we are seeing the culmination of 20,30, and is some cases 40+ years of experience, success and failures. I love Randy Newburg - he shows his successes AND his failures. always great to watch and listen how he analyzes the hunt. Keep at it, watch, learn and you will be successful.

Get your daughter enrolled in the archery program at school if they have one. That has gotten my daughter a lot further than I could because Im too serious during training and they make it fun for them. lol

Man I’ve been in a slump for 5 years now ever since I started archery hunting at 16. Haven’t harvested anything and have had moments where I was gonna toss in the towel. But I look back on my solo endeavors in the backcountry/ the antelope lands of MT and how every single trip out I’ve gone home learning something by blowing stalks and learning what animals like and what they do and I’m hoping I’ll be able to put all these experiences towards a successful hunt and be able to harvest a mature animal. Glad I saw this post and that I’m not the only one! I’ll keep my head high and will keep at it until I start to find success. I appreciate the article!