How to overcome mid-season hunting struggles 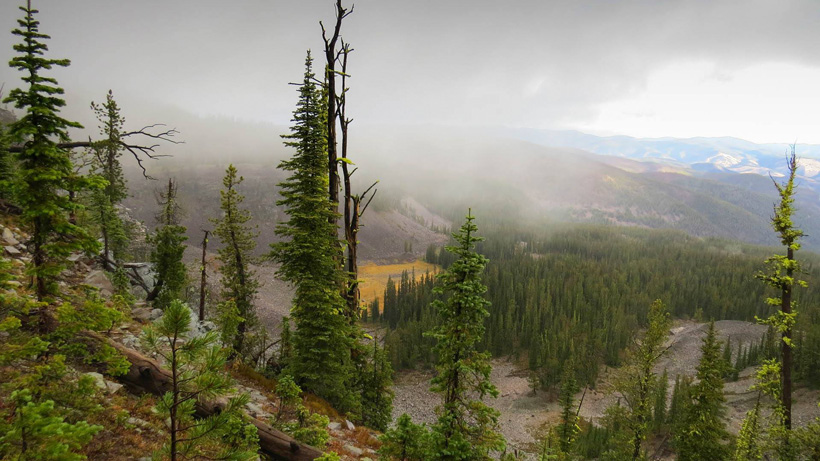 I couldn’t believe it, how did this happen again? My hunting partner and I had worked into a deep basin hidden away far from roads in search of late season elk. It had been a while since we’d experienced any good vocal activity, the end of season was drawing near and an empty freezer drawing even nearer. We had found some fresh elk sign and decided to stop for a quick snack. Just when we were about to resume our trek I noticed something off colored…an elk butt! We had somehow wandered into a small herd of four to five animals with a smaller raghorn at the helm. The animals began to figure something wasn’t right and became fidgety. Suddenly, a bull appeared within range and clear for a shot. I came to full draw, settled my pin, and watched in disbelief as all hell broke loose just before I punched the trigger.

This was the fourth bull I had come to full draw on this season. We had worked our butts off and had some incredibly close calls, but it was wearing on me. This was a major low point for me for a few reasons. Obviously, the desire and need to feel the freezer was screaming at me, but, here I was, sitting in some epic elk country and pouting like a toddler. While these experiences and times only add to the excitement when a tag is finally punched they can be difficult to work through and simply keeping your head in the game, while important, can be the one thing that will be your biggest test.

While I didn’t hang a tag off a bull that season I learned a lot about the animals I hunt as well as myself. Below are some of the best tactics I’ve found that help keep me alert and hunting as hard I do on opening day throughout the entirety of the season. 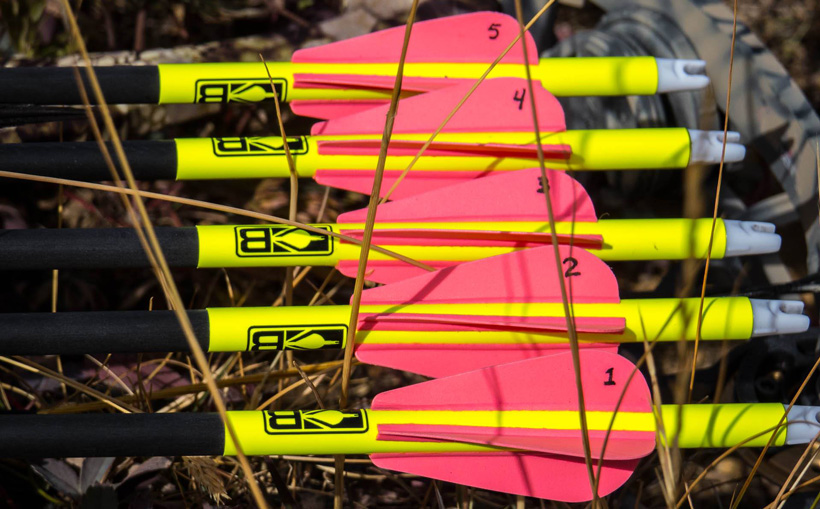 This one is always a tough pill for anyone to swallow. Here in Montana, our main archery season is six weeks long and, locally, I can hunt September through January with my bow. While a long season like this is certainly a blessing it can also be a curse. After several weeks of pounding out the miles and missed encounters, it can be incredibly difficult to continue getting out of bed every morning when the alarm goes off. Eventually, it can lead to your season turning into something more like work. At this point, you can become increasingly frustrated with the whole experience and end up putting far too much stress on yourself as well as your family.

While nobody wants to give up a day of hunting, it can be one of the best decisions of your season. Take a break, go fishing or out to dinner with the family—whatever makes you happy. When we start to lose sight of the main purpose of being in the woods we start to overlook simple details and, in general, enjoy the experience less and less. Sometimes a recharge is exactly what we need to come back with our head in the game and be ready to go.

Like all things in life, if something is repeated enough it will eventually become a habitual force of action. Imagine walking into the same area day after day. You never see elk in the first mile though you do see some tracks. Naturally, you're just going to motor into your normal hunting grounds before you begin really looking for elk, right? What about that one time you happen to stumble into a herd with your hands in your pockets? Point being, getting comfortable with an area can sometimes be a curse in disguise. This familiarity is transformed into an issue even more as the season wears on and you become more and more frustrated with each passing day. By searching out new areas to hunt, you will not only find new potential hot spots but you will also force yourself to stay on your toes and, consequently, reduce the amount of messed up encounters that could have been prevented.

Often, I find myself simply getting bored with my surroundings and in desperate need of change. A change in locations can be beneficial for a number of reasons, including your mental well being. It may also help you realize that the deer or elk you’ve been chasing for weeks now may have left the area or gone nocturnal. The change of areas doesn’t need to be drastic; it can even be in the same drainage. Yet, changing your surroundings can usually change your outlook in a big way.

Hunting the unfamiliar terrain will also take your mind off the task at hand and allow you to enjoy the hunt that much more. I’ve also noticed in myself that when hunting new areas I feel more vulnerable and, thus, much more attentive to detail. This results in actually beginning to hunt much more efficiently.

Back to the drawing board 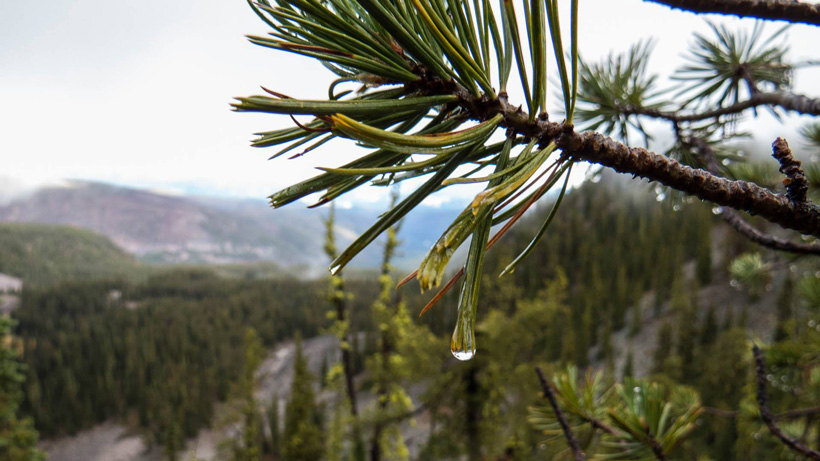 Along with changing your normal routine of activities, sitting down and getting technical about your hunting can really make a difference, too. To expound on this, is it possible that the animals you were once seeing in masses have simply moved off in favor of more desirable landscape features? Once the weather starts to turn colder and the leaves begin to fall many of the available food sources will change on a nutritional level, too. Elk and deer will now need to begin dropping elevation to stay ahead of this feed change much like a bear will follow green-up as it increases in elevation with the spring sun.

Sometimes sitting down and really evaluating the game you are pursuing can put everything into perspective and make garnering a new plan of attack much easier. Now is the time to break out your maps and begin to really pick apart your area. Look for natural funnels that will allow the animals to transition into lower areas easily and focus your efforts on these. Generally, I like to start high and work my way into the lower elevations until I begin to find an increase in sign. 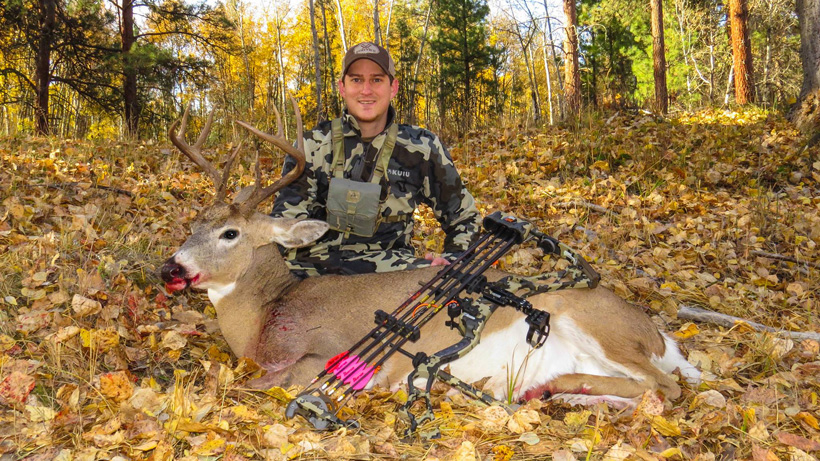 Switching to whitetail hunting mid-season was a great way to stay strong through the long season.

While I’m not here to preach to anyone about the outcome they should expect to see when the sun sets on the last day of season I think we can all agree that simply carrying a bow around the woods during the season is something to be happy about. After a long and trying season, it’s very easy to get caught up in the need to fill a tag, especially when you log onto your favorite social media site and are constantly bombarded by everybody's bulls and bucks and how “this has been the best season of their life.” However, the simple fact of matter is that it can literally take 30 seconds for your entire season to take a left turn and become your best one. It’s an easy enough concept to grasp but it is also very tough to convince yourself to keep that mentality and keep pushing everyday, but it really is that simple.

The biggest reality check for me every fall is the fact that I can basically step out of my back door and hunt deer, elk, bear, lion and wolf on a yearly basis. Beyond that, if I’m lucky enough, I can also chase moose, sheep, and mountain goat. We are truly blessed to live in the west and it’s something that I feel gets taken for granted far too often. Remember why you are out there in the first place. While this answer will obviously vary from hunter to hunter, keying in on these important factors can help keep things light and in perspective. Hunt hard every day, enjoy the little things and remember to enjoy the time you have because it’s a long wait for next season.