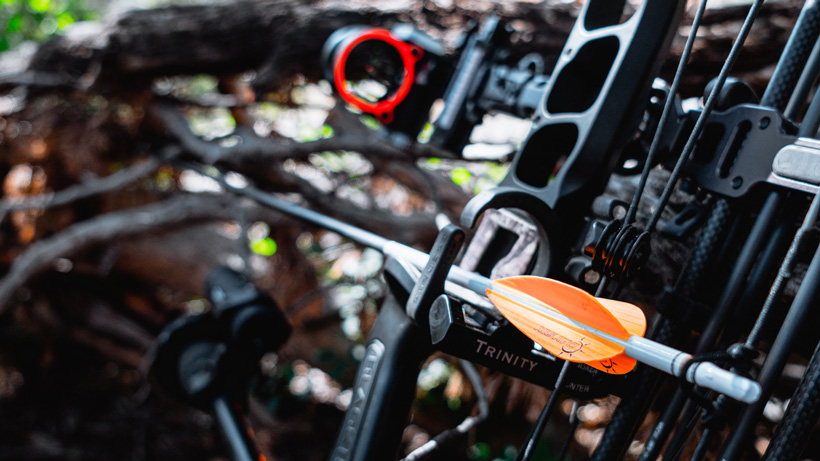 Bowhunting was never something that I personally tried to seek out as a kid. It honestly kind of found me. My dad archery hunted a bit in his early years and decided to get back into it later in life. Naturally, as he got into it more, I built an interest. Once that happened, my dad got me into an entry level bow and the rest is history. It wasn’t until later in life when the bow truly captivated my attention, but the seed was planted early on. While a lot of folks share a similar story to this, there are many out there who aren’t so fortunate. They didn’t have a parent who got them into bowhunting or a friend/mentor who took them out archery hunting for the first time. These future hunters are starting from ground zero with zero guidance and, let’s be honest: that can be both intimidating and overwhelming all together. Not only is the endeavor of archery hunting just plain hard, but finding out quality information to point you in the right direction can be equally difficult. So, let’s dive into the weeds and suss this out. Let’s see if we can cut out a path to help folks who want to get into bowhunting, but don’t know anyone who bowhunts. 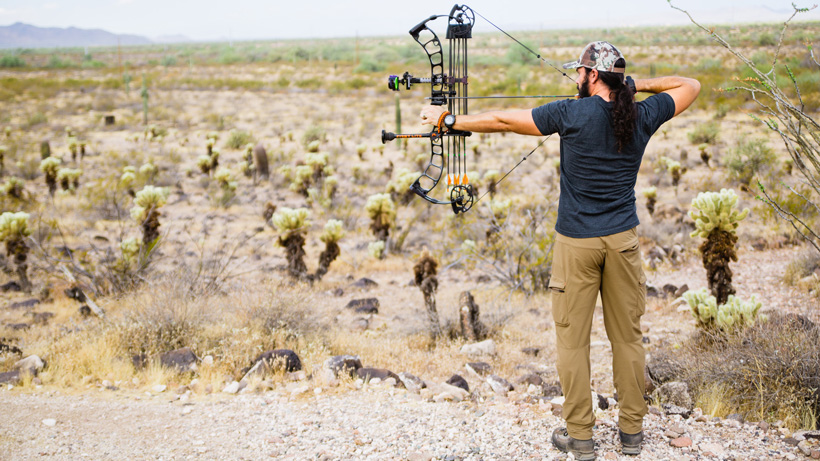 If you happen to know absolutely nobody, I’ve got news for ya. This thing right here that you’re on, the internet? Yeah, that’s a great resource for meeting like-minded individuals in the bowhunting world. It lets you be somewhat selective about who to try and connect with all the while expanding your network of possible hunting buddies. Not to mention — it doesn’t require you to even leave the house unless you’d like to share a coffee in person of course, which is always nice. Social media and forums are great places to start. Sadly, both of these come with their fair share of drama, but that isn’t all they’re about despite what some may say. I’ve met loads of great people just by chit-chatting with folks on these platforms. If this is what you decide to do, I’m going to drop some advice here. Know that this isn’t all about you. Just coming out and asking for things like hunting spots probably isn’t going to get you too far. Guidance shouldn’t be confused with guiding. Many of these hunters have put in a load of time out in the field and have earned their spots — spots of which they are proud of. With time, you’ll have the same. 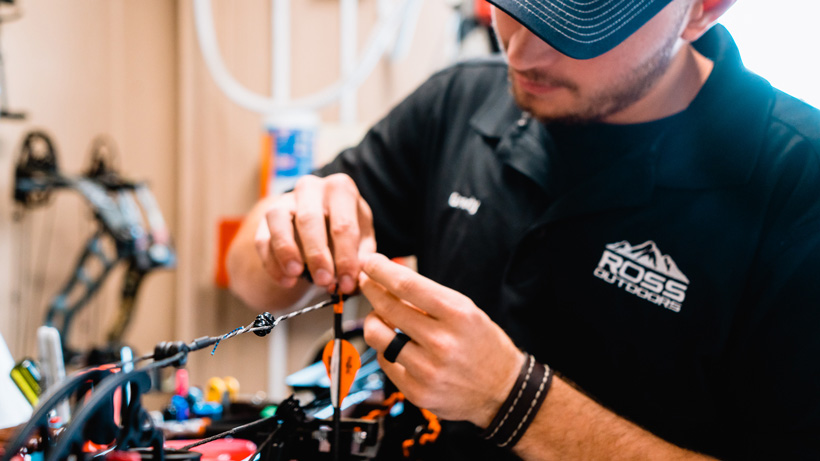 Next on our list are archery pro shops. While it can be slightly intimidating walking into one of these as a beginner, I promise that it is worth it in the end. There is just something to be said about a good pro shop that you can count on. These are folks just like you and I. The only difference is that their expertise lies in archery and bowhunting. You learn from others who are more experienced than you and a good pro shop can provide that. Not only can they get you set up with a good first bow, but they can also help in regards to shooting and, even, hunting tactics. The first time I went into the pro shop that I currently go to, I didn’t leave for over two hours. After setting up my bow and getting it tuned together, we chatted about hunting. Through the years, these conversations haven’t stopped in the least bit and some of them were instrumental in my hunting success. Over time, the relationship became a friendship, which is just awesome and I haven’t gone to another pro shop since. If you’re new to this, I’d highly suggest looking into the archery pro shops in your area. Read reviews, talk to customers and check these places out. They are there to help, so I say let them.

Where is a good place to find bowhunters hard at work? The archery range is a pretty good bet. With most of us only being able to reach out to about 20 yards in our backyards, the range gives us the ability to stretch those arrows out to greater distances without trying to avoid missing our neighbor’s cat. The result from this is a place of gathering. Bowhunters from all around your area come to exercise their archery skills for the coming seasons — just like you. And there’s all different skill levels, too. I think this is awesome because it not only gives you a chance to meet advanced archers, but also to meet archers of the same skill level. These are folks who can sympathize with the learning process since they are well in it themselves. More than a few hours have been spent drinking morning coffee and chatting with other driven bowhunters. Hunting stories are told, arrows are flung and new friends are made. 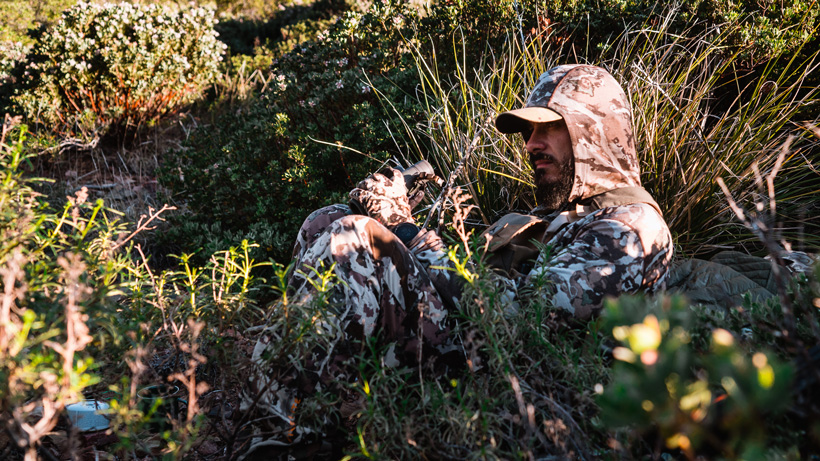 I just wanted to touch a bit on another aspect of the archery range and that is 3D archery shoots. They aren’t too hard to find and happen throughout the year. These events are fantastic places to meet other archery hunters — all the while testing your skills on shooting 3D targets of critters. If you haven’t tried it, I’d highly suggest it. It’s great practice for aiming at animals and the consequences of missing are much higher than on a regular big target you’re likely used to. You should know that you won’t be the only beginner aiming at those targets. Bowhunters of all skill levels show up to these events.

You don’t know if you don’t go

You don’t know what you don’t experience. And that is another push in the right direction towards being a bowhunter. All of the books in the world, listening to every podcast there is and talking to the most experienced bowhunters out there are all incredibly valuable. There is no denying that and we are lucky to have so much potent content at our fingertips. However, there is another teacher who crushes them all and that teacher is experience. The absolute best way to learn how to do this stuff is to go and do it. And when you fail — because you will — remember something: You aren’t taking a step back; you’re taking a step forward. These are the lessons that will shape you into a better bowhunter and to ignore them would be doing yourself a disservice. Roll with the punches as bowhunting has a way of knocking you down. All the while, learn from your mistakes and you’ll get that much closer to your goals. Bowhunting is not a race; it’s a marathon. 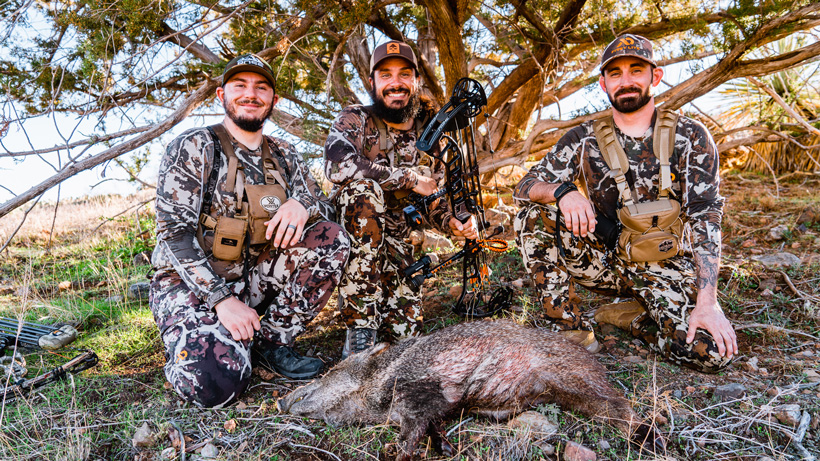 Starting out in a new hobby is always a lot right in the beginning, especially if you don’t know anyone who does it. Information is being guzzled down faster than you can drink, eagerness is at an all time high and everything is so shiny and new. This can be both an exciting time and a frustrating time as well. It’s easy to get discouraged when seeing so many others on social media filling their tags and all you have to show for your last hunt was a broken bootlace. Let me ensure this to you, though. There are plenty of other folks just like you who are in the same position you’re in. Folks who are thirsty for knowledge and willing to talk to anyone to get it. So, you’re not alone and there’s no reason you should be. The bowhunting community is a helpful one and, with a little digging, you’ll be making friends in no time.