How to find the best hunting units in Idaho 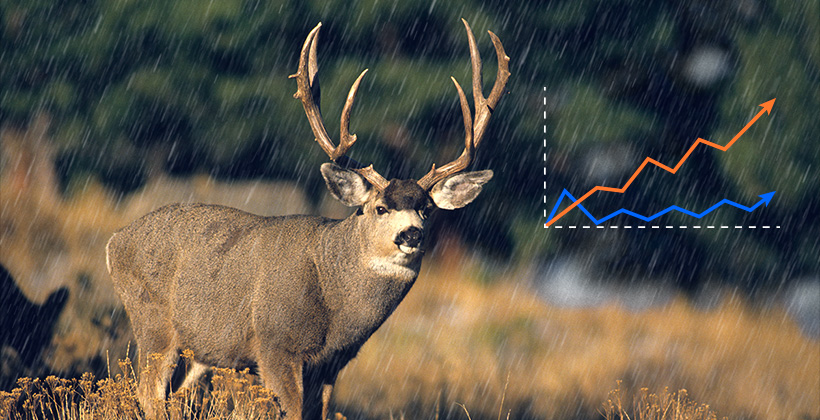 HUNT MORE! This was my philosophy going into the 2015 hunting season. Being a bowhunter with a couple of mule deer hunts already on the books, I knew that I would have to pick up a different weapon and hunt in the later part of the year to get more opportunities. I was both excited and nervous; I had not hunted deer with a rifle in nearly 15 years and backpack hunting in the middle of October would be an extreme hunt due to terrain and weather.

I knew I needed to figure out where I could get a tag without burning points that I have strategically been accumulating for other archery hunts in several states. After chatting with some of my goHUNT co-workers, I realized that there were some overlooked over-the-counter (OTC) hunt opportunities still remaining in some western states. This was the very opportunity I was looking for.

What is the number one thing you have found on INSIDER?

I worked with Dave, goHUNT’s Head of INSIDER to put together the 2015 Idaho Application Strategy article. While we worked, he mentioned that Idaho was the second highest producing state for both the typical and nontypical buck categories in the B&C record books. I smiled, the proverbial light bulb clicking on, and knew that Idaho was the next hunting stop for me.

While I do not have to harvest a record book deer every hunt, I do want to hunt a certain type of terrain — typically high alpine — and at least have a chance at a decent buck. Knowing that Idaho has the genetics to produce that caliber of buck had me reevaluating my standards and expectations a bit.

Filtering units to narrow my selection and find where to hunt 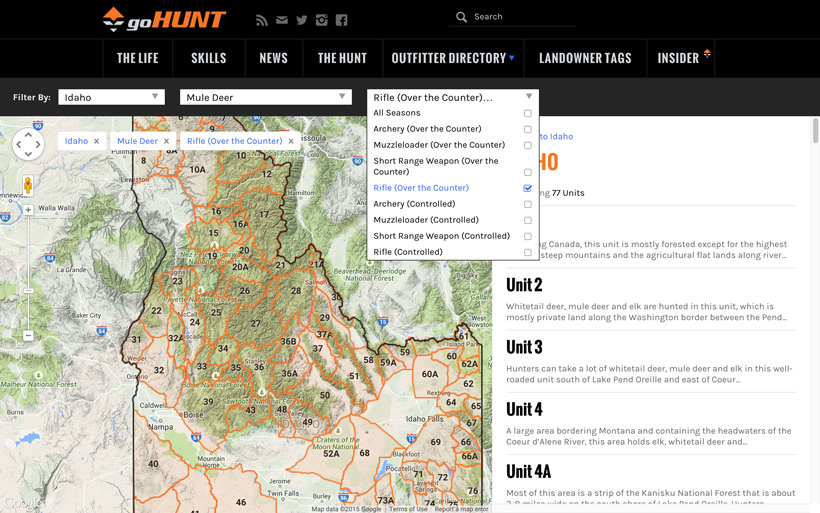 To start more in depth research I went to INSIDER, plugged in Idaho > Mule deer > Rifle (over the counter) to look at what units offered an OTC season on the map. There were a lot of them, which was exciting. It appeared that almost any mountain range that looked like it would hold big mule deer, or looked like an area I wanted to hunt, had an OTC season in it. Talk about a winning combination!

Getting more in depth with your research 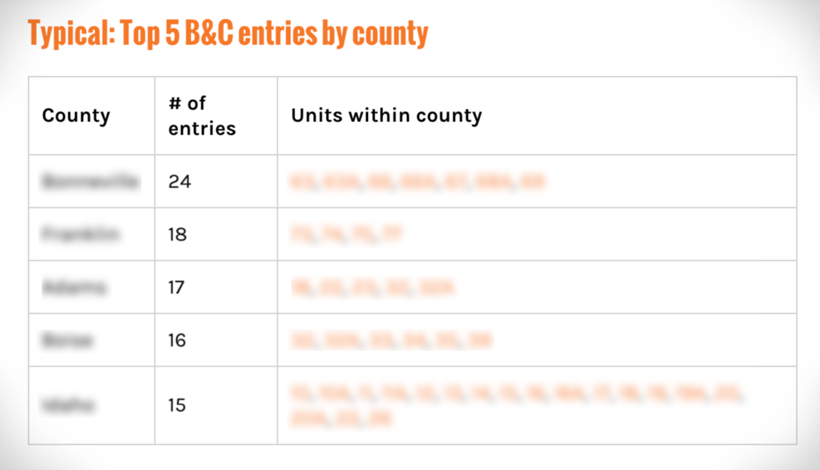 Now it was time to get down to the nitty gritty. With a handful of units picked out I studied the B&C tables to see if any of those units were in any of the top producing county. Bam! One of the OTC units was in the number one producing county for typical B&C entries. I broke down all of the Unit Profiles and looked at the satellite maps and all of this information helped me narrow down my OTC hunt to one unit.

This unit is also getting slammed with rainfall, so antler growth will be unreal this year. Next, I talked to a biologist about that unit to gain as much additional knowledge as I could. This is especially crucial if you know that you will not have time to scout before the hunt — and I knew that was pretty likely with my Idaho hunt.

Through INSIDER I found an opportunity that I plan to take advantage of every year. I now have a hunt lined up for October and I did not have to burn any of those precious points in other states in order for me to expand my hunting opportunities. The area that I found has very limited access with miles and miles between roads that will allow me to hunt the way that I like. It has proven to produce some great bucks over the years based on the B&C tables and I truly believe that history tends to repeat itself. More importantly, what I found is that there are hunting opportunities all over the place. All you need are the right set of tools to find them.

Need to find out more information on how to navigate INSIDER? Dive into this article on how Brady Miller uses INSIDER to read how to go through the process.