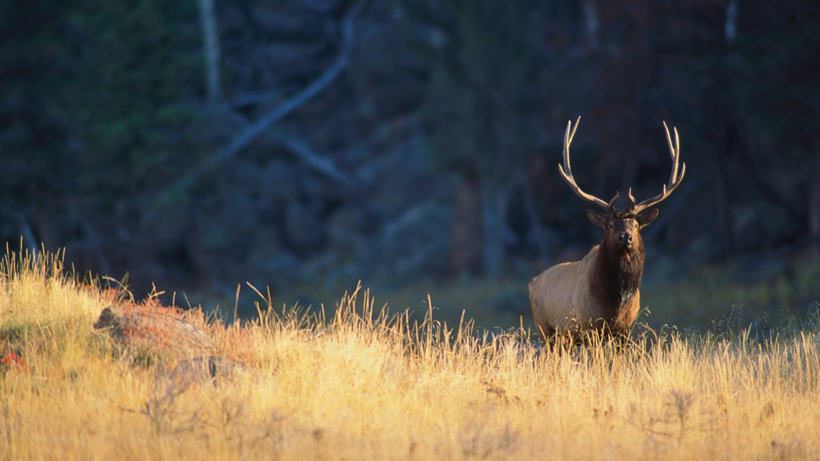 While many Western states are reducing nonresident elk tags, proposing hunting restrictions and selling out faster and faster each year, Colorado is still the land of elk hunting opportunity. Elk hunters from around the world flock to Colorado to hunt drawn and over-the-counter (OTC) seasons available year after year. To some, Colorado has become a backup plan, but to others, it is their primary plan. After all, why not hunt the state with tons of public land, beautiful vistas and the highest elk population in the United States? Colorado offers around six different hunting seasons that run from September to the end of November as well as other late seasons in specific units. And although there are many seasons, elk behave differently as the year progresses and as they interact with more and more hunters. Here is a season-by-season breakdown of what you could expect to see if you are hunting Colorado this year and some strategies to go along with each season.

In 2021, the archery season runs from Sept. 2 to 30 and the muzzleloader season runs from Sept. 11 to 19. Though many units offer OTC archery tags, all of the muzzleloader tags are drawn hunts. What makes both of these seasons so unique is that they are during the elk pre-rut and rut. At the beginning of September, expect to hear minimal bugling and bulls solo, high in elevation. When looking for mature bulls, typically think the higher the ridge, the better. As the season progresses, bulls will gather harems of cows and move into the middle elevations where the timber is thick and hunting can be challenging. This is when the action picks up and hearing bugling bulls is more common. Cow calling or bugling during these seasons can be successful; however, be aware of other hunters and do not be fooled by their imitation. These are great seasons to camp in the backcountry since the weather in Colorado is typically mild during September.

The first rifle season in Colorado runs from Oct. 16 20 in 2021. These are drawn hunts though hunters can draw many of these tags with little to no points. What makes this season special is that elk herds have had over two weeks of reduced pressure after the archery season. They will still be with their cows and still bugling and rutting in more remote areas. A hunter who seeks out elk in the middle to higher elevations, thick timber and hard-to-reach basins can succeed year after year. When scouting, try to figure out areas where elk would have moved after a month of archery and muzzleloader pressure. If you can arrive before the season starts to cover a lot of ground and glass, you can succeed at finding bulls to hunt for opening day. After a few days of feeling hunting pressure and hearing gunshots, some elk seek out thicker timbered areas or start to move towards private land where they seek sanctuary for the winter. The weather during first rifle season is typically still mild though a snowstorm could roll in any day, so be prepared.

The second rifle season in Colorado runs from Oct. 30 to Nov. 7. Many of the Colorado units have this season as an OTC hunt though some units are drawn hunts. This OTC hunt attracts many hunters who wish to hunt elk year after year while still building points or if they did not draw their season of choice. Mature bulls have usually left their cows though some raghorns and spikes might still be with the herd. This means bulls are back in their bachelor group in or on their way to sanctuary areas. As the second rifle season progresses, public land elk tend to be pressured down towards private land by the hoards of hunters in the mountains. In my experience, you have three choices during this season. First, you can go out and still hunt through the densely forested timber in search of fresh sign.

Second, you can go into the hard-to-reach areas of the unit that might still have public land elk hanging out and try to glass the bulls up. Finally, you can find a possible travel corridor between the densely forested areas and private land and wait for other hunters to pressure out any bulls that are holed up in there. All three strategies can be successful in any given year. During the second rifle season, snow is usually a strong possibility and the roads can be pretty dangerous going from mud to snow to ice.

The third rifle season in Colorado runs from Nov. 13 to 19. Like second rifle, many units have this season as an OTC hunt though some units require you to draw a tag. This season is also favored by hunters who wish to chase mule deer during the rut while chasing bulls who might still be on public land. Glassing, still-hunting and covering a lot of ground will be necessary for success during this season. Bulls are usually in the middle to lower elevation though many have made it to private land. Some hunters choose to hunt in areas near the private ground as elk are still figuring out boundaries and where it is safe. The weather is typically snowy during this season, so dress in layers and be prepared to adjust elevations in search of bulls.

The fourth rifle season in Colorado is a drawn hunt that runs from Nov. 24 to 28. During this season, hunters should expect elk to be at lower elevations on or near private land. Depending on the unit and cover, you might find a bull or two still on the mountains on the public ground, but this is a rarity, not a norm. Consider getting private land permission or hunting near private land to find success during this season. Most hunters still hunt through thick cover or glass during this season; however, covering a lot of ground will be critical if you expect to find a bull. Snow can help hunters follow tracks. Weather is typically cold and snowy, putting a bachelor group of elk out in the open, feeding later into the morning and hours before dark.

Colorado gets a reputation for being the place to go for nonresident elk hunters and for good reasons. Elk populations are high and stable, public land is ample and the weather and views are fantastic. Colorado also has a reputation for having a lot of hunting pressure and this is also true; however, you can use this to your advantage. As mentioned, elk act and move differently from season to season, so a successful hunter must also act and hunt differently from season to season. Depending on pressure and snow levels, elk will move down in elevation towards private land. If you know this, but are hunting third or fourth rifle season above 10,000’, you will most likely not find elk. Hunt where the elk are or where they are going and you will find better success during any of the seasons this fall.