Five things you need to process wild game at home 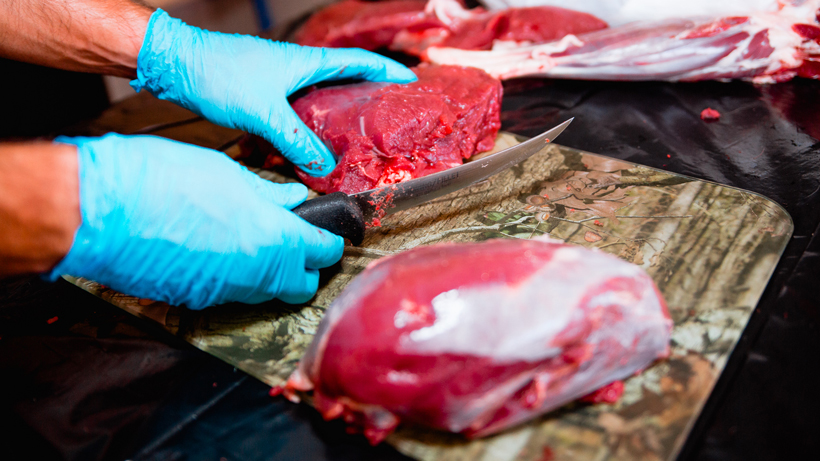 Hunting as a whole is a gratifying experience. From pre-season scouting, camaraderie at camp and, then, the hunt itself. It’s the full package with a wide array of emotions that swing throughout with the promise of reward regardless of filling a tag. An optional part of that experience is processing your own wild game at home. I say optional because anyone can easily take their harvest to a wild game processor and let them do the dirty work. With each passing year, though, more people want to be a part of said dirty work. It adds to the hunting experience and thickens the gratification of it all. While processing your own wild game at home may sound intimidating and something that will require a bunch of equipment to do so, it’s really not and it requires much less than you think. With the basic things listed below, you’ll be able to process anything — right in the comfort of your own home.

A place to work

You’ve returned home from a successful hunt with a cooler filled to the brim with wild protein. Now, it’s time to take care of all that meaty goodness. Before even getting out a knife, you need to find a place to work. What I mean by that is somewhere where you have the room to cut up your meat while trying to keep this process as clean as possible. Some folks do this in their garage on a fold out table, but I prefer to do it right in the kitchen on our island. I’ll completely cover the island in contractor trash bags to make clean up easier. If I didn’t do that, there would be meat and stains all over the place and I’d have to use more elbow grease than I’d prefer to clean up. We tape the contractor bags down to the island as well to avoid them slipping every which way while working on meat. 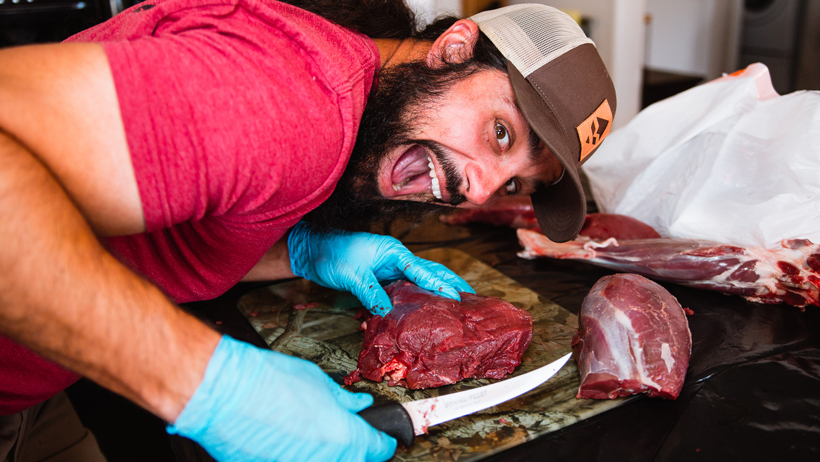 During this whole process, you’re going to be doing quite a bit of cutting. For that reason, it makes a huge difference having a good sharp knife to help along the way. Fighting against meat with a dull or insufficient knife is just going to make the day go by slower. My personal preference for processing wild game at home is a fillet knife. There are a few reasons for this. One, they offer the ability to make both fine cuts as well as major cuts. The tip of a fillet knife is pretty small giving the ability to make more detailed cuts while the main blade works just fine for slicing bigger steaks. Another reason is the bend. These knives have some give in terms of how much the blade will bend. The reason this is a plus is it really gives you the ability to shave meat off pretty darn close to the bone. With a stiffer knife, this wouldn’t be nearly as possible. I’m not saying it couldn’t be done, but why make it harder? And, lastly, most fillet knives seem to be the perfect size for a wide variety of game animals. It’s a one and done choice.

If there is one meat processing piece of equipment to snag that isn’t a knife, it would have to be a meat grinder. You’re going to have quite a bit of scrap meat at the end of processing a whole animal. From areas that just don’t yield a ton of meat to all of your trimmings, trust me: the grind pile will add up. The absolute best way to take care of that stuff is with a meat grinder. This little guy is what is going to give you all of those burgers, meatballs, chili, tacos and the list goes on. All of the classics! You’ll also need a meat grinder if you plan on getting into making your own sausage. 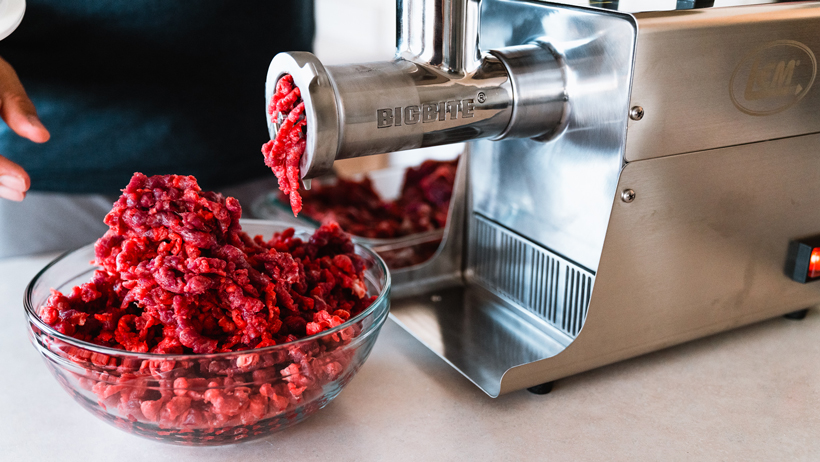 There are loads of different meat grinders on the market from the old school hand crank ones all the way up to big electric commercial grinders that will decimate anything in their path. All of these do a great job. Which one you go with is going to depend on both your budget and your time. Most people aren’t going to need a massive commercial grinder. Of course, if that’s what you want, then go for it. It isn’t a need, though, for the majority. The hand crank models are great, too, but it’ll be much more taxing, grinding through a whole animal. I used smaller electric grinders for years with no issues and they only set me back about $50. The only area they lacked in was how fast they could get through a whole critter. A good mid-sized electric grinder is going to be the best option for most people. They offer the perfect mix of affordability and efficiency. 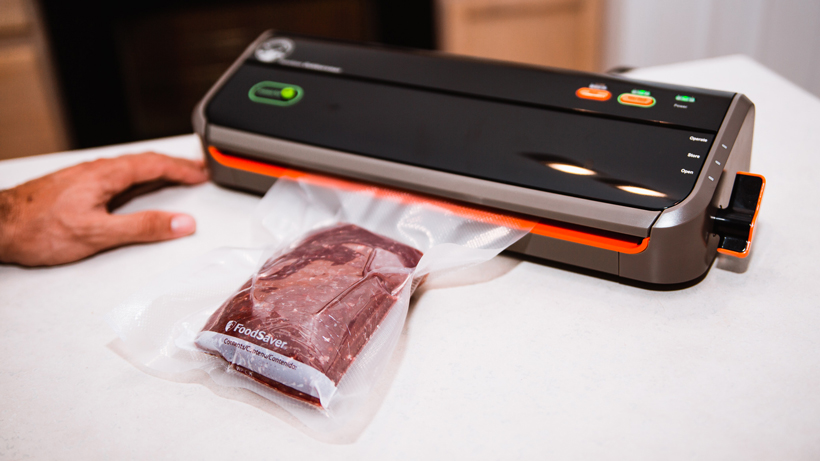 Once you’re all done cutting and grinding up that delicious bounty, you’ll have to package it for the freezer. There are a few ways to go about this. The first is using good old fashioned butcher paper. It doesn’t break the bank and is pretty foolproof, but does come with a little more work with folding/taping and such. You could also get some freezer burn on your meat this way. A common method to mitigate this is by first wrapping up the meat airtight in plastic wrap, then wrapping in butcher paper. This will help keep the moisture inside of the meat as freezer burn happens as a result of moisture being lost. Freezer burned meat is still safe to eat; it just might lack a bit of flavor that it once had.

The other option is using a vacuum sealer. These are a bit more expensive than the butcher paper route, but you’ll gain in time and efficiency. Vacuum sealers create an airtight place for your meat to reside until ready for the dinner table. I’ve used these for years and have been quite pleased with them. The only downsides are you’ll have to keep buying vac seal bags and need to be careful with these meat packs in the freezer. The bags are not super durable and can be punctured, which would compromise the airtight seal on the wild game. I personally have only had this happen maybe twice in the past, but it is definitely something to watch out for. Just don’t throw your stuff around in the freezer and you should be fine.

A little bit of patience 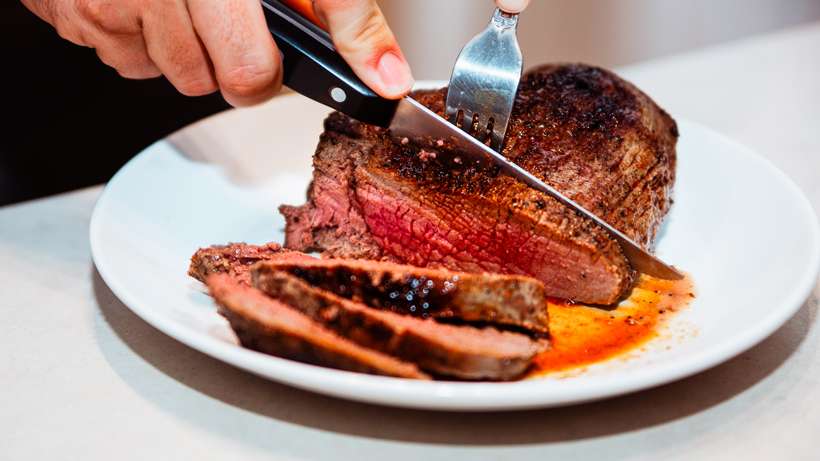 Lastly, it might not require much equipment, but processing an animal on your own is no easy task. When you take on the job, you are dedicating quite a few hours. For instance, a whole black bear will usually take us about six hours to completely process and package. An elk comes out to at least double that. So, during this whole thing, have some patience. There is no reason to rush and not get things the way you want them. Plus, rushing with knives is never a good idea. Time is another benefit to processing an animal on your own and not something that commercial processors usually have much of. By doing this stuff on your own, you’ll be able to really nit pick and waste as little as possible on that animal. Not to mention that you’ll know that when you sit down to eat it, you were part of the process from the very beginning all the way to the end. Savor that feeling as you savor the steak in front of you.