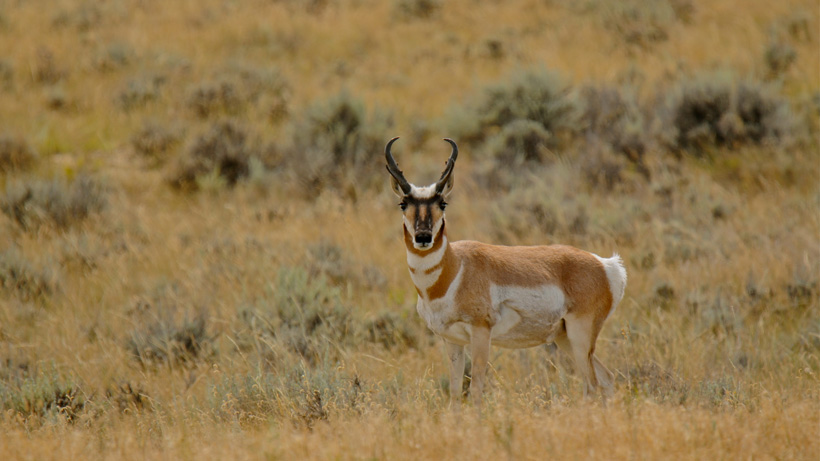 It seems like forever since the end of the spring turkey season, yet the itch to get back out is in full force. It’s hard to believe that there’s a few weeks to go before the North Dakota deer opener. I know many of us are eager to get out there! A few years ago, I began looking for ways to decrease the wait as well as extend the upcoming hunting season. What better way to do it than plan a hunt in the Wild West and try to sink an arrow in a Wyoming speedgoat! With eight power vision and legs that can turn and burn at the drop of a hat, hunting antelope can be both exciting and frustrating at the same time. To ease the burden and help you put your tag on an early season trophy, here are five surefire antelope tactics:

1. Cater to the weather 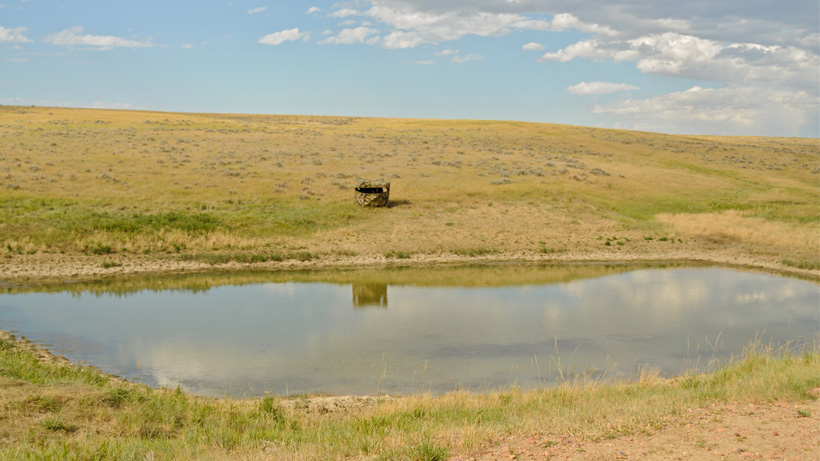 A good waterhole is the ticket for early season antelope success. In order to increase the odds on a good antelope buck, pay particular attention to the weather. If your schedule allows it, try to be flexible. Look ahead and schedule your hunt based on the midday highs. Hot temperatures almost ensure that the buck you are looking for takes a much needed break at a nearby waterhole. During a 2013 Wyoming antelope hunt, with temperatures reaching the mid 80s, all but one of my kills was over water. 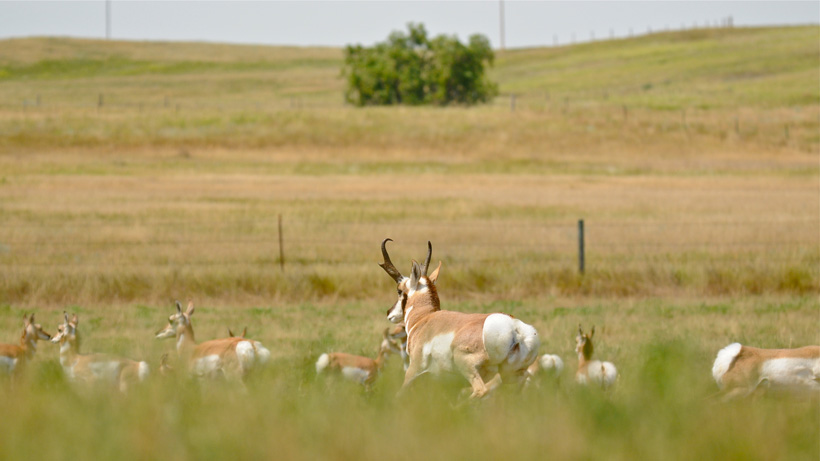 Not all waterholes are created equal. If time permits, get there early and scout in order to find the popular waterhole. Antelope are creatures of habit and will visit the same waterhole day in and day out. If you find a good buck hitting a certain waterhole, set up shop. There is a good chance that the buck will be back the following day. When he shows up, you’ll be ready and waiting. 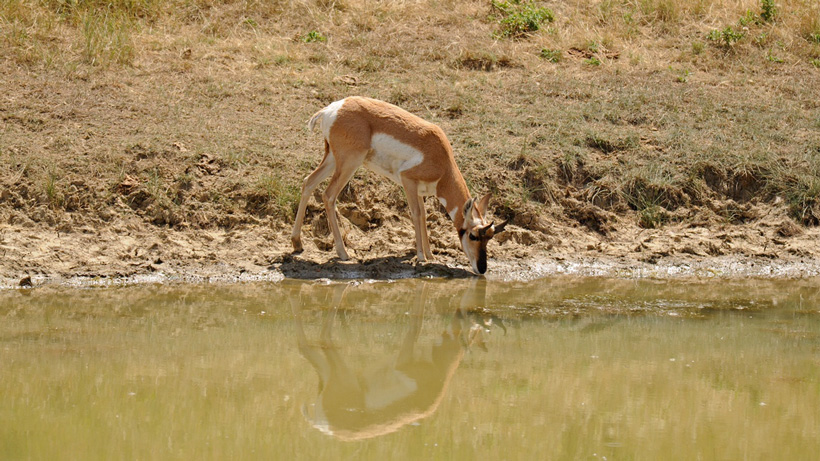 Waterholes may be the preferred method for hunting early season antelope, but don’t be afraid to abandon them for a favored food source, especially when the weather turns. Two years ago in Wyoming, I killed a dominant buck in the morning after popping up a ground blind next to a hay bale in the middle of an alfalfa field. The weather had cooled and, after scouting for an evening, I realized that it would only be a matter of time before this buck strolled by with his harem of does. I arrowed him at 60 yards immediately following a chase on an unwilling doe! 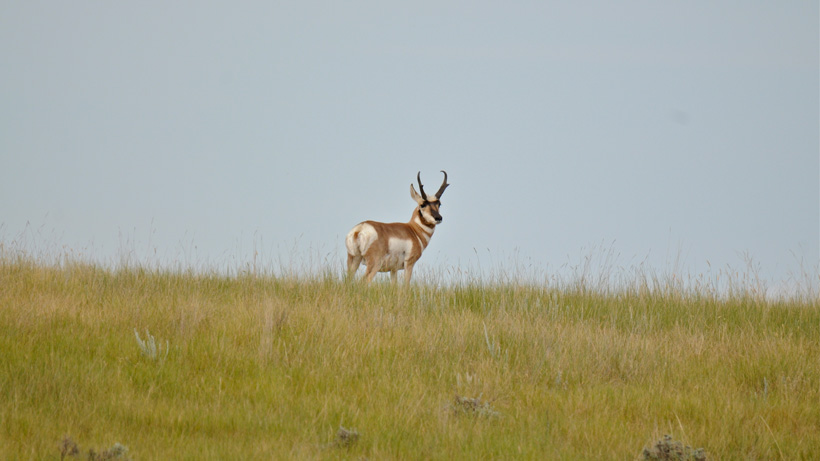 The vastness of western terrain makes it seem as if antelope just walk around aimlessly. Believe it or not, they too have their favorite trails leading to their preferred waterholes and food sources. It’s amazing to see the cattle-like trails leading through the sage. Not only is this information helpful for deciding how and where to set up your blind on a particular waterhole, but it is also very useful to know which travel routes are heavily used, especially for that occasion when the weather turns cool or hunting pressure changes their ritual visits to water. Find a tree, an old shed, or even a stack of tires along a heavily used trail leading to food. Whatever the obstruction may be, set up on the ground or in a blind and get ready to send a carbon missile at an unsuspecting antelope on the way to feed. 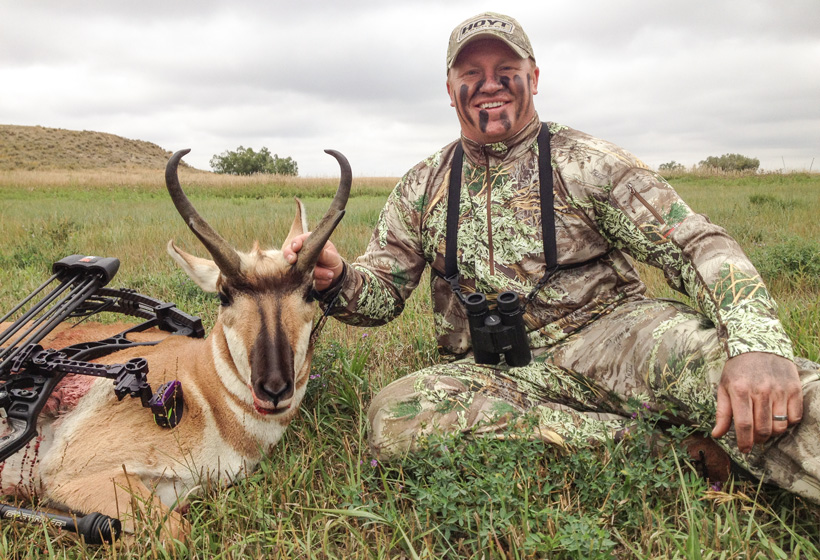 Sean with his 2013 Wyoming antelope buck.

During the three years I’ve hunted antelope, I have encountered everything from high temperatures to cool temperatures, clear skies to storms, and scarce water to plentiful. Each situation requires a different tactic to help tip the scales in your favor. When you are out in the field, be observant and learn everything you can about your quarry. 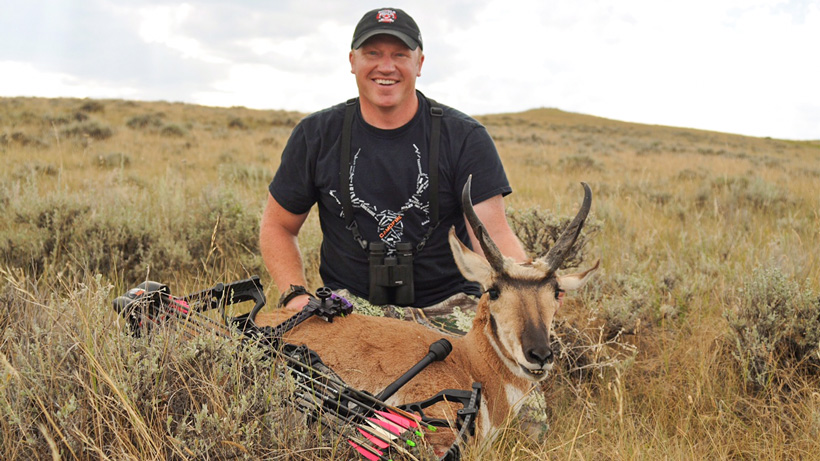 When the weather throws you a curveball, think outside the box and utilize the information at hand to ensure success on an early season antelope buck!