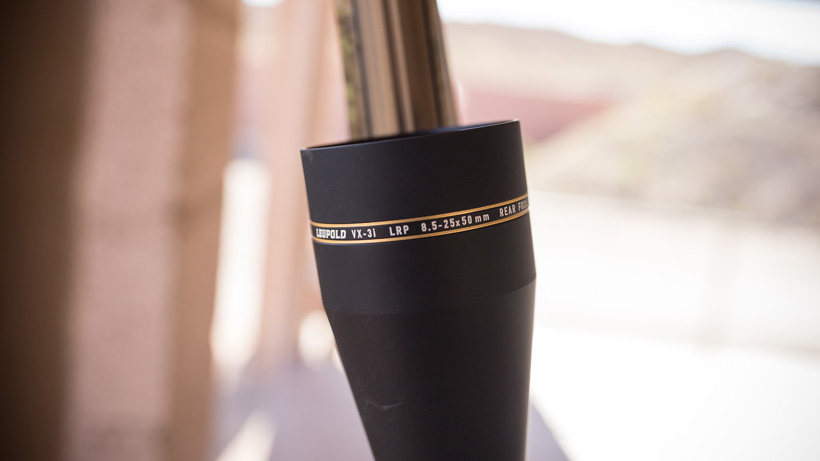 Every day, hunters are faced with more and more choices when it comes to gear selection. Improved technology, tighter machining tolerances, and extreme retail competition have driven the quality of goods up and, in many cases, prices have dropped. Out of all of the categories in outdoor gear, nothing could be truer when it comes to optics and, more specifically, riflescopes.

When selecting a new riflescope, hunters will be faced with a slew of options from magnification ranges, objective and tube sizes, reticles, turrets, and much more. Most of these options can be fairly simple for most to sort through, but, perhaps, the most misunderstood factor that many hunters miss is choosing between the first focal plane (FFP) and a second focal plane (SFP) riflescope.

What is an SFP scope? 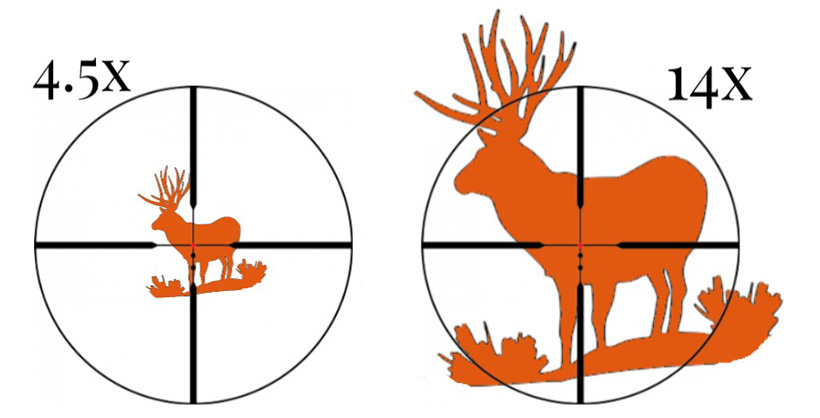 For the most part, an SFP scope is what we all grew up on whether we knew it or not. These will cover 95% of most hunting situations and are generally what I would recommend to most people. However, the big question remains: how does an SFP scope work and why should I or shouldn’t I choose one?

Really, the main drawback with SFP scopes will be found when shooting extended ranges of 500 yards or more while using bullet drop compensating reticles (BDC). Essentially, as magnification power is increased on the scope, the user will notice that the reticle stays the same size regardless of power. What this means for those of us who are using BDC style reticles is that a given measurement between hash marks will vary from magnification level to magnification level. As an example, let's consider that you are shooting a typical western caliber that is zeroed in for 200 yards and your scope has a magnification range of 4.5-14x using a generic style BDC reticle. Additionally, we will assume that on 4.5x each dot or hash mark represents an approximate 100-yard drop. As you increase the magnification on your scope the distance between the hash marks will change in distance in relation to their respective location on the animal's body. This example can be seen in the illustration above. At the end of the day, this equals a calculated bullet drop distance that is no longer equivalent to 100 yards. Generally speaking, an SFP scope equipped with a BDC reticle will only be accurate in terms of bullet drop compensation on one magnification level.

What is an FFP scope? 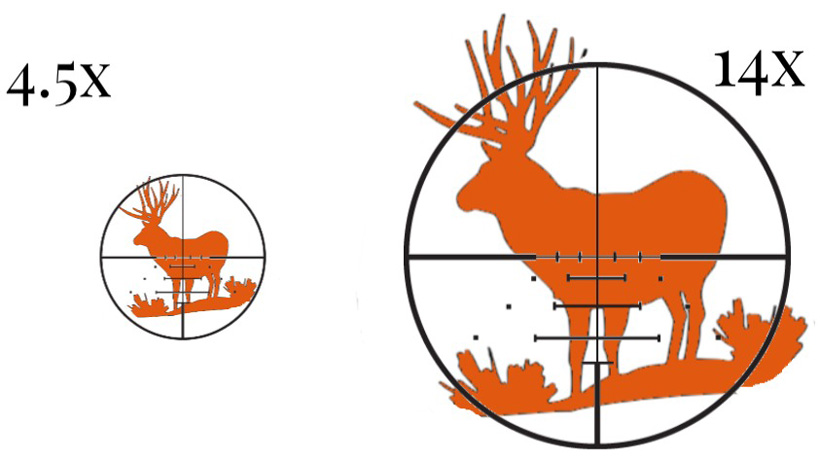 FFP scopes are somewhat new to the hunting world but are quickly gaining popularity among long-range shooters. The primary advantage is that as the scope is zoomed in on a given target the reticle is also being zoomed in on simultaneously. Ultimately, this means that a given distance measured between two hash marks will stay the same no matter the magnification range, which allows for quick and accurate long-range shooting regardless of conditions. As an added bonus, FFP scopes with BDC style reticles can also be used in conjunction with elevation turrets to maximize MOA adjustments in any given setup.

So, which one is right for me? 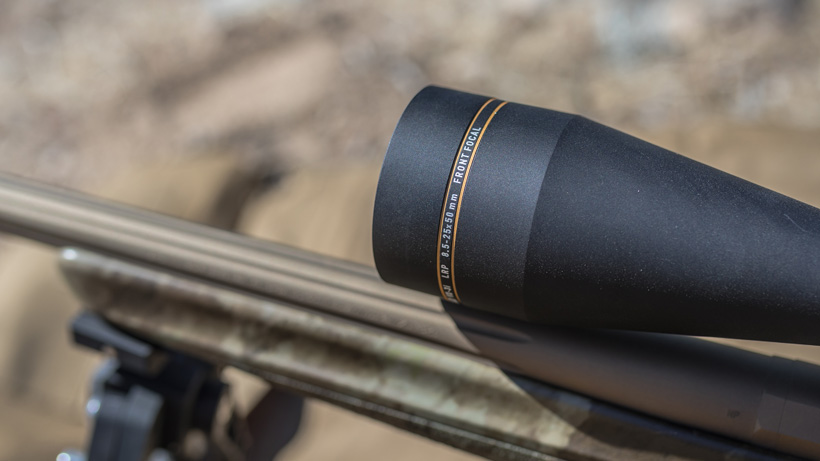 This age-old question is going to be answered by the same age-old answer: It boils down to personal preference. As stated before, an SFP scope will cover nearly every hunting instance out there though FFP scopes do make long-range shooting off the reticle much easier. One thing to keep in mind is that on a low power setting the reticles in an FFP scope can appear extremely faint and small, which can make close up shots in dark timber next to impossible.

In a nutshell, FFP scopes are not the best for timber hunting but work flawlessly when hunting country where longer shots can be expected or when shooting distances further than 500 yards. Additionally, SFP scopes work great at close distances and can work excellent at longer distances when a few extra seconds can be taken to ensure you are on the correct power for which your reticle is optimized for.

A good compromise when selecting a new scope would be to consider an SFP scope that is equipped with adjustable elevation and windage turrets. These turrets will allow a user to dial a scope up in elevation based on a predetermined number derived from your rifle’s trajectory. Using this method takes any reticle measurements out of the equation and allows the user to hold dead on at any distance he or she is comfortable with. 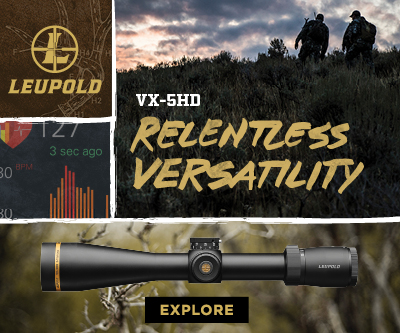