Ethics while scouting during other hunts 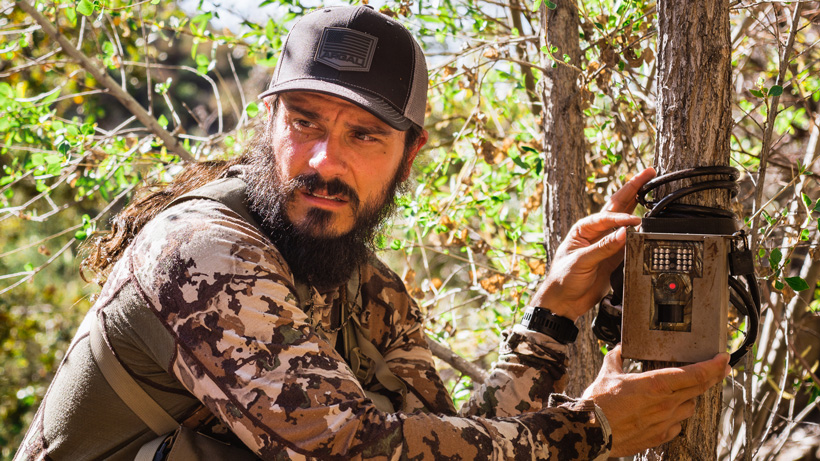 Right about now I’m sure that more than a few of you out there are in the midst of preparing for the fall hunting season. It’s like our own personal playoff season as hunters. When everything that we’ve worked within our game through the year gets put to the test. All of the shooting we’ve done, arrows we’ve built, rounds we’ve loaded and sweat we’ve poured keeping in shape is all about to come full circle. And let’s not forget about the research or scouting. More than a few hours have been spent scouting digitally or gazing into maps looking for “the spot.” While digital scouting is extremely helpful during the preseason, nothing — and I mean nothing — beats some good, old fashioned on the ground scouting. It’s where the rubber meets the dirt and we get to read the story that isn’t told via maps. Fall is a busy time, though, and your personal hunt is not the only hunt on the docket. Other hunts may be going on before yours, which might overlap with preseason scouting. It isn’t always the case, but it does indeed happen. There needs to be a set of ethics here — all the while not compromising your own hunt. How do we go about scouting for ourselves while other hunts are going on? 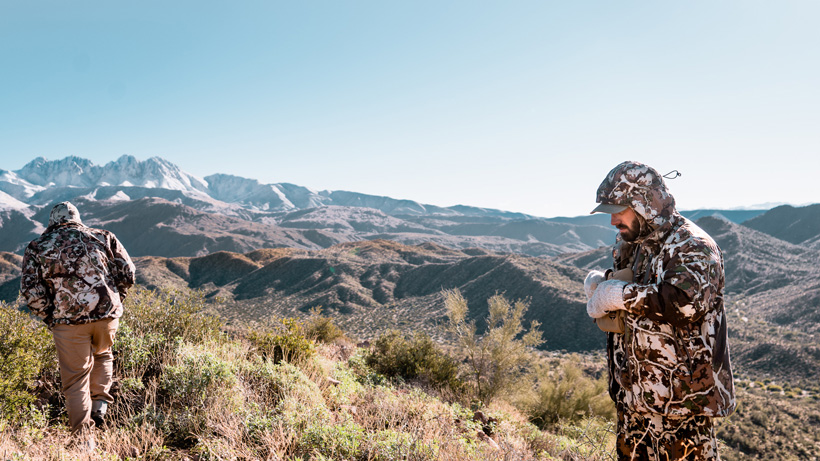 As the months roll on and our drive for the upcoming season gets stronger and stronger, it’s easy to get caught up in our own heads. Our world view becomes that of a tunnel. The focus is on our hunt and ours alone. Of course, there might be some friends in your circle who have hunts as well that you fancy. The fact of the matter, though, is the world is much bigger than the one in your head. Other hunters have been outputting in a ton of work  — maybe even more than you — towards their own hunts. As a hunting junkie, it’s expected. Because of this, I think it’s important to be mindful if you happen to find yourself in the field while other hunts are going on. It’s only right and it’s exactly how you would want to be treated. So, if someone happens to be in the area you planned on scouting, maybe think about going somewhere else that day. This is what would happen if you were both hunting at the same time in the same place. The early bird gets the worm and, if they are there first, then it’s time for plan B. Just because other people are out, though, doesn’t mean the mountains are off limits. 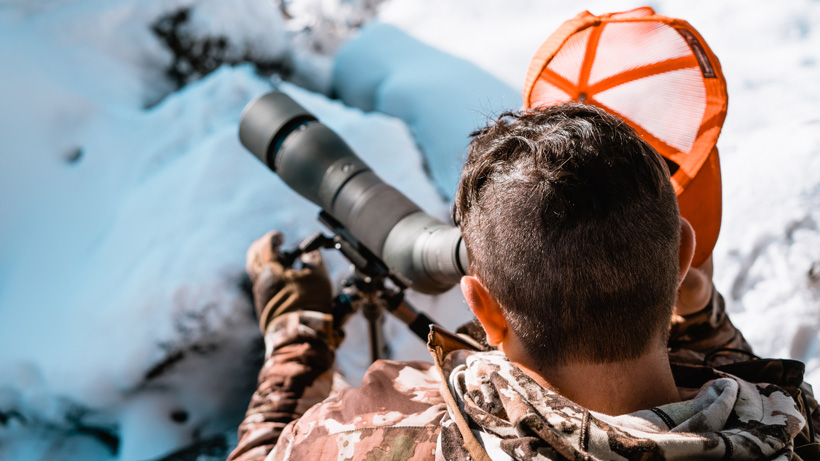 For years, I wouldn’t go scouting if another hunt was going on. It made me feel like I was betraying my fellow hunter and I didn’t want to potentially “ruin” anybody else’s experience. As altruistic and noble as that may sound, there is something that I realized over time. While I try to bestow a great deal of respect onto my fellow hunter, I also need to have respect for myself. We are all in this together and I wouldn’t blame someone a bit for being out — even if during my own hunt — scouting for their upcoming one. They are trying to secure a good hunt for themselves and that shouldn’t be looked down upon. Turning the tables, scouting for my upcoming hunt during another hunt, I’ve realized is completely acceptable. Then, there is the whole public land thing. I don’t want to totally drop the public land card on all of you, but there is no denying the fact. We all have a right to be out in the field as long as we are being courteous to one another. This is something that should be top of mind always whether we are talking about scouting during another hunt, hunting, etc. The world doesn’t revolve around you as we’ve discussed, but it also doesn’t revolve around everyone else. All of us move together.

While we talk about possibly scouting during another hunt, it would be wrong to not touch on the safety aspect here. This is especially true during rifle hunts. It’s safe to say that nobody is looking to get hurt when they head into the field. So, taking proper precautions needs to be on the radar. If I happen to be in a situation where another hunt is going on and I’ve got to get out and scout, there is no question in my mind: I am absolutely wearing orange. There are too many horror stories out there of people unfortunately getting shot to not pay attention. Let your presence be known visually. Just because you can’t see another hunter around doesn’t mean that they aren’t there. I’ve glassed up plenty of folks while hunting who probably hadn’t had the foggiest of my presence in the area. 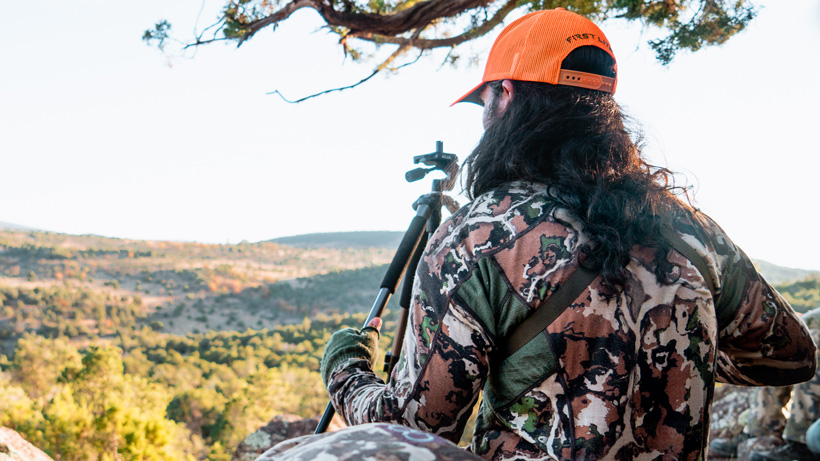 Communication is another thing, which I think falls under not just the safety umbrella, but the respect one as well. Getting to chat with other hunters is a great way to not only build a few possible friendships, but also ensure that nobody is going to be stepping on anyone’s toes. I think this will lessen the chance of unfortunate accidents because you all know where everyone is. If I find myself in this type of situation (scouting while another hunt is happening) where I’m chatting with some other hunters, I’ll always give them the call on where they want to go. I may have a right to be out there, but their hunt is only a set amount of days, so I will conceit and go somewhere else where I won’t interfere with them. And, hopefully, the next time I see them, they’ve got something on the ground, accompanied with a couple of those huge grins we all know so well. 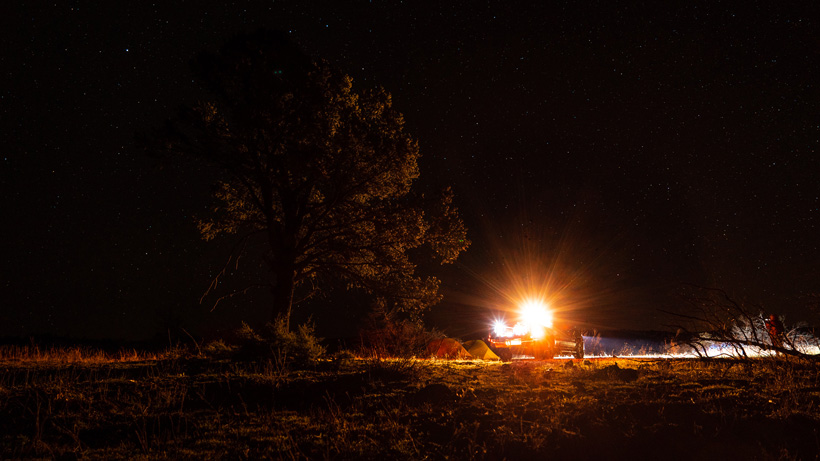 Again, this piece is meant to be aimed at a certain situation, not all situations. I’d never on purpose go scouting during another person’s hunt just to do it. If there is a solid gap in between hunts where I can scout without being out during someone else’s trip, then that is the route I will generally take. However, there are sometimes when hunts are back to back with one closing one day and another opening the following. In these cases, there might be some scouting that needs to get done during another hunt and that’s OK. Just make sure to be extra mindful with your actions. All of us out there want to have a good hunt and all of us look forward to these times each year. These are the adventures that fuel the fire burning within us. The fire that keeps us in gear throughout the year and the same fire that drives us towards our scouting efforts. With a little mindfulness, there is no reason those fires shouldn’t burn bright in unison.