Don’t geek out too hard on gear 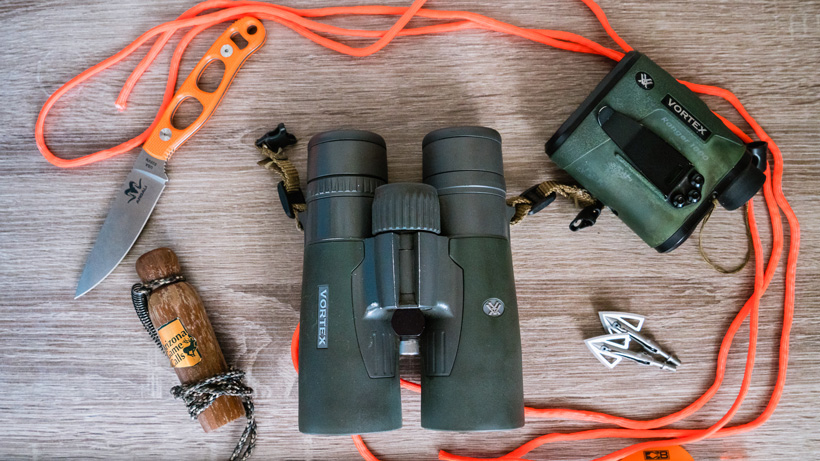 If I were to rewind quite a bit and reflect on my younger days as a hunter, I’d immediately be reunited with a myriad of questions—all of them revolving around animals and how they act. “Where are the most likely areas to find them? What about bigger animals? Do they have different habits than smaller ones? How about preferred food sources and favorite spots to bed down?” These are just some of the questions I’d ask the mountains as a kid. The answers to them didn’t come until I got older. Now, that I am in the position that I am, I get to write quite a bit about this hunting stuff and I love every second of it. While I still have many questions of my own, as a writer, I now do a fair bit of answering questions. They aren’t a reflection of the ones I had as a kid, though, at least not most of them. Most of them really revolves around gear. I get it. A lot of this stuff is expensive and folks want to know if the product is worth the price. Sometimes I feel as if there is more of an emphasis on knowledge about gear instead of knowledge about hunting.

Gear is something, but not everything 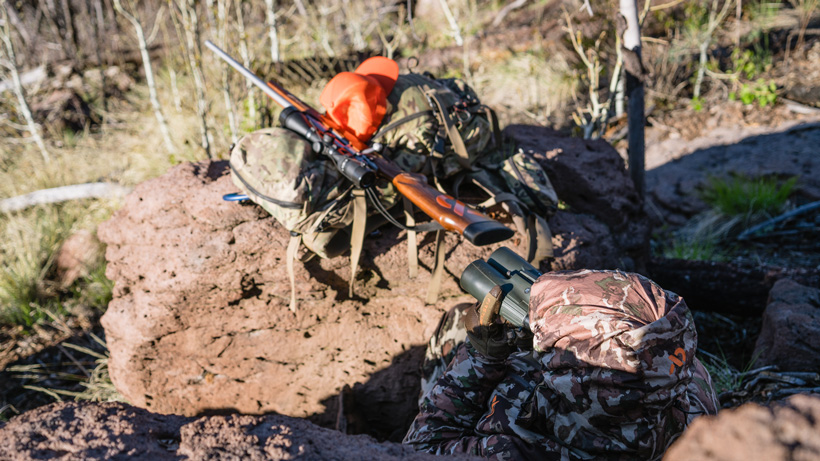 We are truly blessed in this day and age. The resources that we have today are amazing compared to those in the past. Hunting gear is a great example of this. Whether we are talking gear for the backcountry, clothing, weapons, optics, etc., life is pretty good. The level of comfort that we have in the field just keeps getting better and better. This makes staying out in adverse conditions much easier than before. We are also more deadly than ever. The weapons we have along with their accessories are letting us reach out and touch things way beyond what we once thought was possible. Yeah, things are great, but they weren’t always like this.

If you were fortunate to grow up in a hunting family, ask yourself something: do you remember the gear that your mom or dad brought out hunting with them? I sure do and pretty easily come to think of it. Easily, because there wasn’t a whole lot of it. My dad would have nothing more than his clothing, a canteen of water, a weapon and a knife. There may have been some pine scent and chocolate bars in there, too. Yeah, that’s it. I’d imagine many of your parents had similar setups. He didn’t even have binoculars most of the time. Backpack? Nope. Not even that. This generation and previous generations were heading out into the field with little to nothing when compared to today’s standards. Yet, they still killed game. Go figure.

Don’t geek out too hard 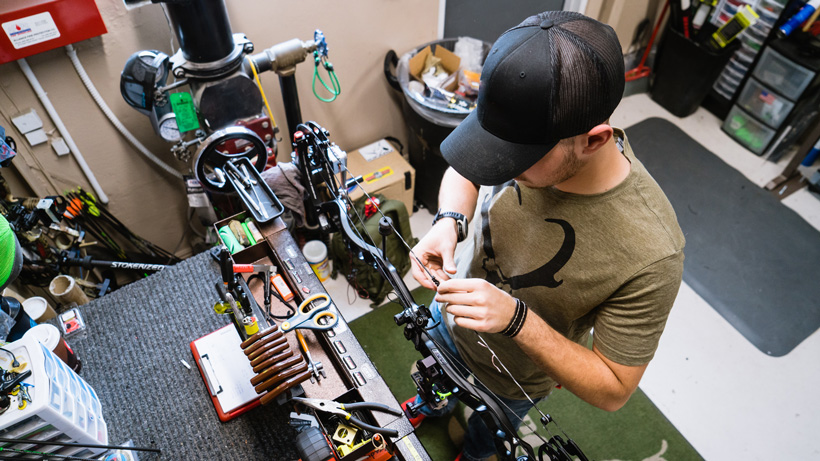 With the access to gear that we have today, it’s easy to get too wrapped up in it. There are so many conflicting opinions out there on gear; it can give you a headache pretty easily. This person says that quilts are the only way to go while that person says they are the worst thing ever. Multi-pin sights? No way, a single pin is the best thing since sliced bread. Arrows are a great topic for this. People worry so much about their arrows that they forget to go shoot a lot of the time. As you consider all of this, two things need to remain constant. One, you’ve really just got to go try this stuff out for yourself. Gear is a personal thing. Two, a lot of these tiny differences—like arrow setups, for instance—are so minute you aren’t going to notice a difference. You’d be better off working on your shooting as a whole instead of worrying about the arrow you aren’t shooting. Geeking out on gear is something I do regularly, but I think there needs to be a line in the sand. Let’s not forget about the hunting part of all of this. Don’t geek out too hard. 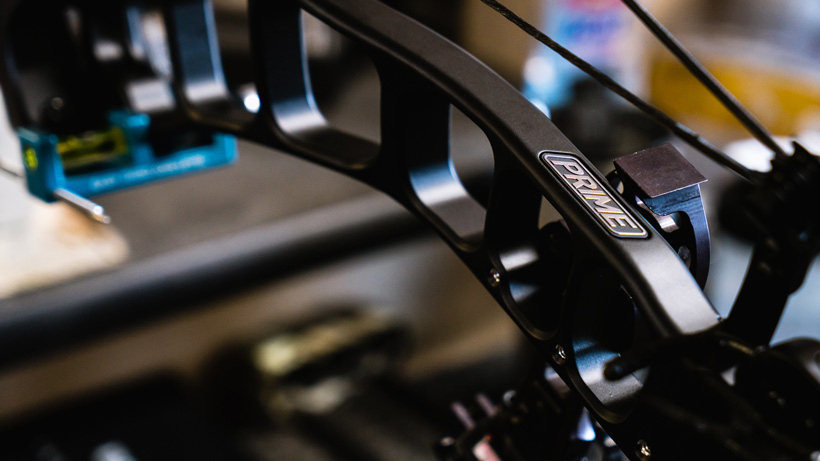 I am a huge proponent of getting your gear dialed in for the big show. Not just getting things working properly either. Really, I’m talking about trimming down what you don’t need. After thinking about hunters of the past, I’m sure that we can all agree that we probably carry way more than we need to. Everyone’s heard the phrase “less is more.” In this case, having less gear can be a more effective setup. It’s just less to worry about. A way that I personally try to do this is by not just cutting out what is unnecessary, but having one item for multiple uses. For instance, having a shelter that sets up with a trekking pole. Not only are the trekking poles used for hiking, but also for your shelter. So, less is more, yes. However, less is also literally less. Getting that gear all dialed in deserves attention, but not as much as learning animal behavior does.

This right here is the big one. It doesn’t matter how much fancy gear you have. If a hunter can’t find a game to pursue, this whole thing doesn’t work. We are hunters and, as hunters, we need to hunt. I doubt a mountain lion sits there and debates with other mountain lions about what degree of curve is best on their claws for snatching deer. No. They just go snatch deer and get down to business. While doing so, they are learning and honing their instincts. Each time they succeed or fail, they learn. This is the process in full effect. Pay attention to the little things while out and about like what plants tend to grow on certain hillsides. Are they being utilized as food? What time of year are they being utilized? What topographic features is one mostly seeing game on? By doing this and never stopping the intake of knowledge, we are progressing as hunters—just like those lions are. While gear might aid in this process, it doesn’t make us good hunters. What makes us good hunters is in between our ears. 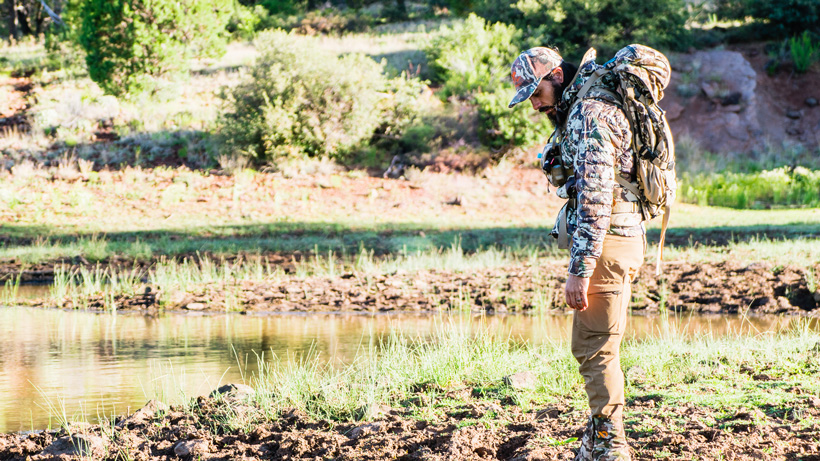 Right before the season, gear is a huge conversation piece. Stores are selling out and boxes upon boxes are being delivered to homes across the nation. Everybody is trying to get their setups honed and ready for the abuse they’re about to be put through—as they should. I get it. I also think that the same, if not more, attention needs to be put on the hunting side of things, too. So many folks sit there and rack their brains about gear, but they get in the field and many never find success.

After all of that money spent on gear, they are left with just that: gear. Marksmanship and knowledge of animal behavior will always outweigh gear in my opinion. For even more in-depth knowledge on the hunting side, I can't say enough good things about goHUNT's INSIDER research service, it will put you leaps and bounds in the right direction. And for some great tips on animal behavior, you can check out a great series that Brady Miller recently did on scouting out a mule deer unit: Summer mule deer scouting for late fall success: Part 1 and Part 2. If you're an elk person, these articles by Jason Phelps are game-changers: How to avoid the top 10 elk hunting mistakes part 1 and part 2 and even more in-depth with How to locate and hunt more elk. Gear is definitely part of the process, but it is not the whole process.