Bowhunting for success in the highcountry for mule deer 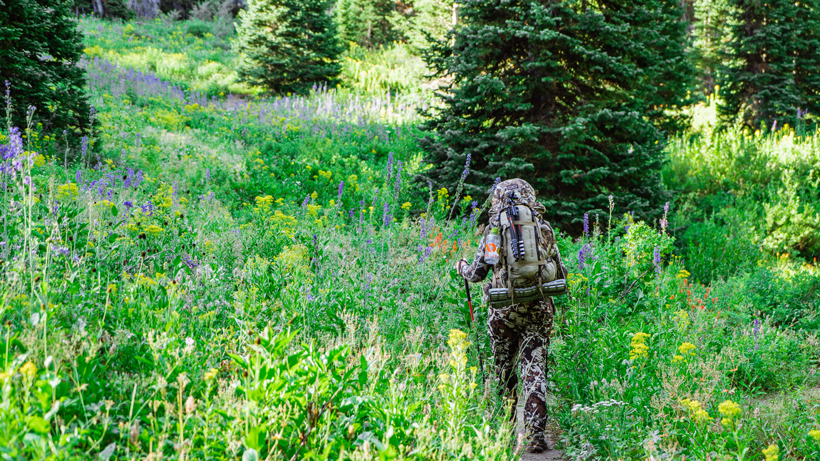 Adventure. Adventure awaits those who are willing to put more than a few paces between them and their vehicles in search of the country that sits above the trees. The highcountry is a special place and not one for the faint of heart. It can tear you down and gnaw you to your core. So, why do it, year after year, bowhunters continually ask for and welcome the abuse the highcountry divvies up? Is it the chance to push and learn more about themselves? Are they just a glutton for punishment? Or is it the glowing red fur that pops in their optics, giving way to the sight of a beautiful highcountry mule deer? Yeah, I think that’s it. Highcountry mule deer hunting is definitely something to behold. Success doesn’t come easy, though, especially if you are new to the game. Before heading out in search of the cure for velvet fever, here are some things to consider. 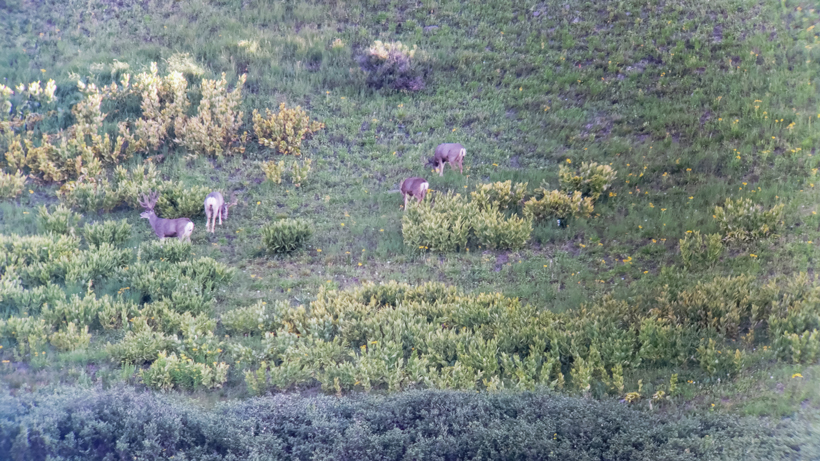 Just like any hunt, taking time to scout the highcountry is going to push you leaps and bounds closer to success. It lends real data in real time, which is hard to beat. One of the hardest parts is that most of the highcountry is often under a blanket of snow through early summer and the bucks aren’t going to be in their summer ranges until around early July. Once they are in their summer range, though, where you find them is usually where you will end up hunting them come August. Of course, that’s for the hunter that can actually get their boots dirty before the season.

If you happen to be coming from out of state and won’t be able to put boots on the ground, then the computer you have in front of you right now is your best friend. Utilizing things like satellite imagery will help out beyond measure. Especially if you can see what hillsides usually hold the snow the longest and provides great starting points for where the lush green is going to be. This is what you want as far as feeding areas go for mule deer. Take time to note ridgelines that harbor multiple basins on each side and saddles that run perpendicular to the ridge. This is a great way to cover country and pick up multiple vantages for glassing. Take note of these vantage points as well for they are going to be where you spend the most time and, ultimately, will be your ticket to success. Don’t forget to also utilize the U.S. Forest Service as well as state game and fish departments. These folks want to help you and are usually more than willing to point someone in the right direction if they show that they’ve been putting the work in. 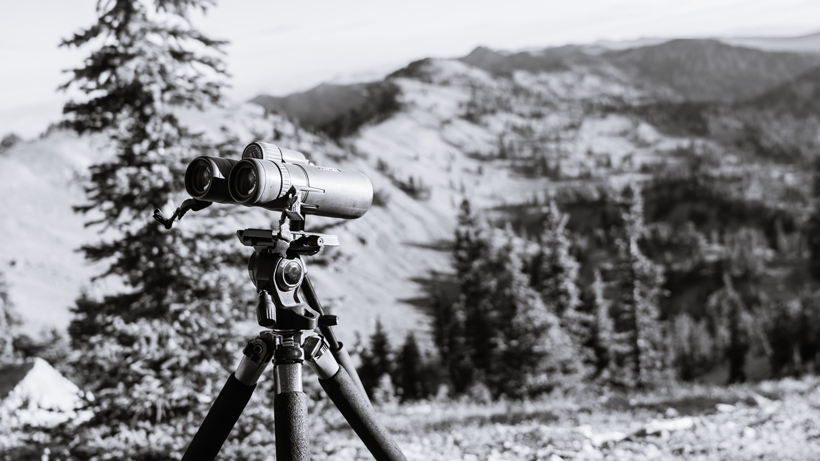 While early elk hunts might be all about covering country and bugling your socks off, early mule deer hunts are all about covering country with your glass. Sitting down for hours on end atop a good vantage point will yield success in finding deer. This is the absolute best way to watch deer be deer and not be intrusive in the process. As far as a good setup goes, I think a binocular and spotting scope combo is great. Plan to mount your binos on a tripod and grid search the surrounding hillsides. 10x42s or 12x50s are great for this. They’re not too big, but big enough to tackle big country. Once you find a buck, you can grab your spotting scope for a closer look. I’ve used both an 11-33 and a 22-48 and prefer the 22-48 for highcountry mule deer. The smaller 11-33 will get the job done, but it’s really nice being able to get that extra push in magnification out there. I also like the spotter for really crawling my gaze through bedding areas looking for bucks laying down.

The more time that you spend looking at these high altitude bucks, the more apparent it should become that they are, indeed, in a pattern. On a recent hunt in Utah, there was a group of bucks that I could pick up immediately every morning because they were always in the same grass patch. The highcountry mule deer thing is largely a spot and stalk hunt, but I’d encourage folks to consider doing “spot and ambush.” If you happen to keep spotting a buck adhering to the same program, take note of his area of travel and possible areas where you could ambush him. Maybe it’s through a saddle or in a certain cut that he likes to feed in. Being there and letting the buck come to you is way easier than going towards the buck. Let the buck make the mistake. 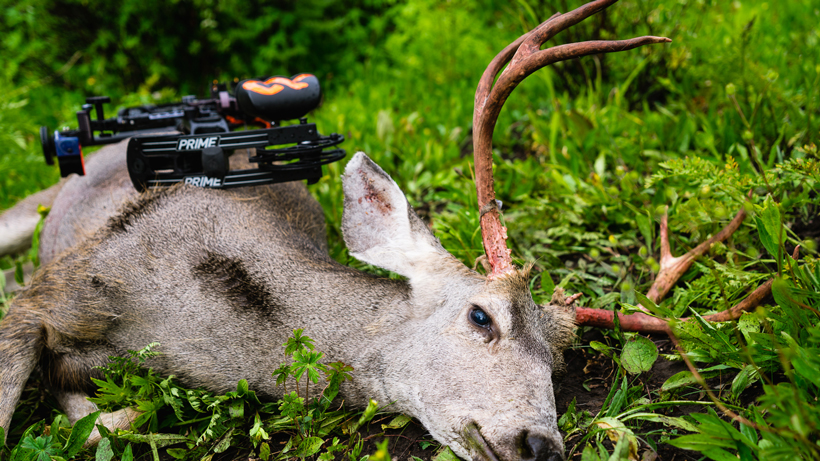 After several blown opportunities that resulted from rushing the issue, I sat above a group of bedded mule deer, watching from a distance. My watch read 8:30 a.m. I told myself that because of the past few days, that buck wouldn’t be getting the moves put on him until 2 p.m. This would give the group ample time to really konk out and for the thermals to stabilize. Long story short, that buck came home with me because of one thing: patience.

It takes a lot of self control to have the thing you want right in front of you, but still wait for the right opportunity to take it. In these situations, there is a part of me that wants to try and force the issue. However, forcing the issue usually yields a blown stalk as far as bowhunting goes. So, not only do you need to be patient on the stalk itself, but also before it even starts. This whole thing is a process and you need to trust that. Go with the motions, assess the situation, and be a good predator. 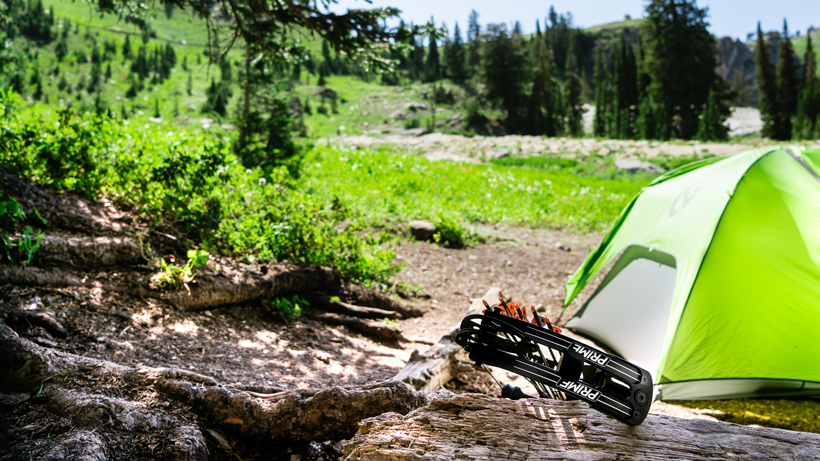 If you have never experienced the wonder that comes with highcountry mule deer hunting, I’d urge you to really consider planning a trip in the near future. The tips I’ve lined out above are what has worked for me personally, and are by no means the end all, be all to killing bucks with a bow. As they say, there is more than one way to skin a cat. Besides the giant velvet bucks that call these places home, the views are nothing short of stunning. It’d be considered a sin to leave your camera at home and not share what these magical places look like. Each and every day you wake up to a 360-degree painting. Striking images that belong on magazine covers and postcards. From the lush greenery to the vibrant wildflowers that seem to float above it, the highcountry is like no other. This hunt is the full package: an archery hunt filled with adventure. Being above treeline with a bow in hand is a special time and one that I think every bowhunter should experience at least once. In my opinion, though? There is no “once” with highcountry mule deer. Once it’s in you, it’s in you.