Bowhunting for antelope? Tactics you need to know 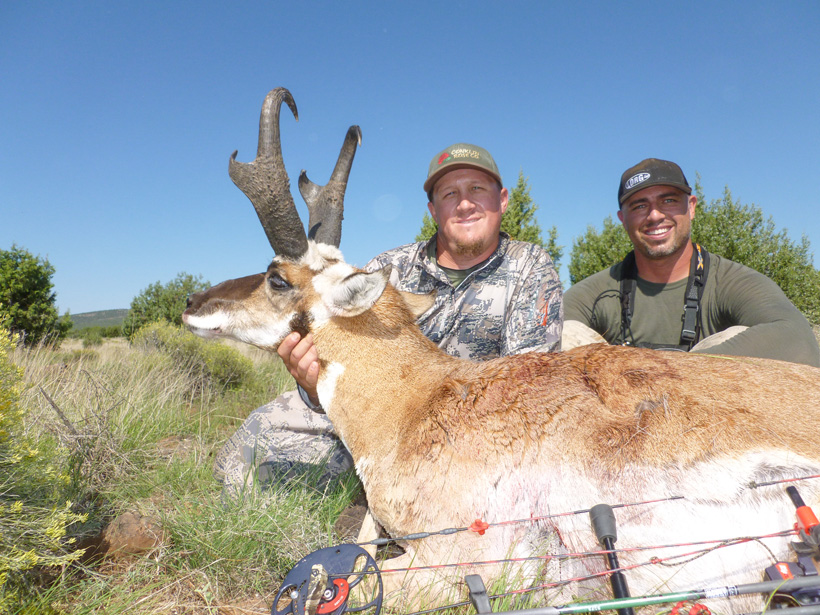 What is the best tactic? Almost every TV show or article suggests that it is, sitting water. I highly disagree with that, especially in the Southwest states. Why? Because of the monsoon season. On average, the monsoon season produces three-fourths of the Southwest’s total rainfall in just a couple of months. It is the only time of year water is generally not that scarce in Arizona, New Mexico and Nevada. Typically, August is the most active monsoon month and that is when you will be bowhunting antelope.

Four archery antelope tags and I was blessed to kill three P&Y qualifying bucks, all at less than 35 yards.

So what is the BEST trophy antelope bowhunting tactic?

Whatever works… seriously. Here is a little back story: a decade ago, I drew a tag and so did a friend. My friend had killed a good buck on the first day of his only other antelope hunt while hunting off of water and that is what he planned to do for this hunt. 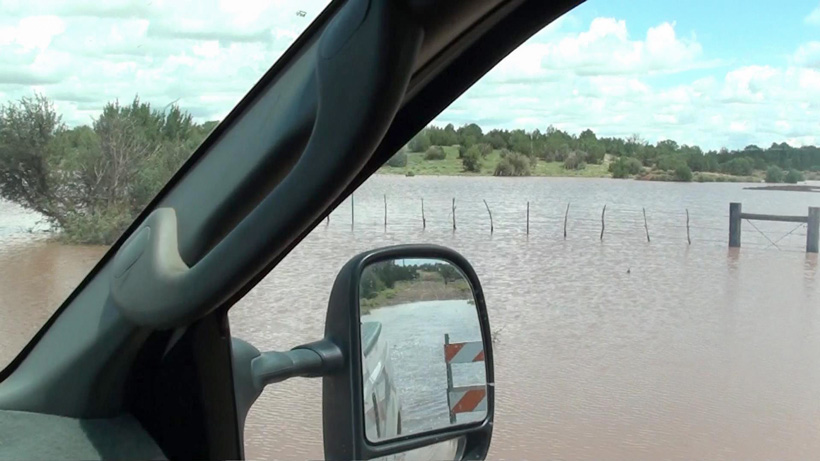 Well, what showed up next? A total of three inches of rain in just two weeks which definitely halts hunting any water sources. My friend decided that he was not going to hunt until it dried out. I had the time off work and there was no way that I was not going to hunt just because I could not sit water. Long story short: I ended up killing an 80" double prong buck while my mom filmed the hunt. My friend still has not killed another antelope with his bow. 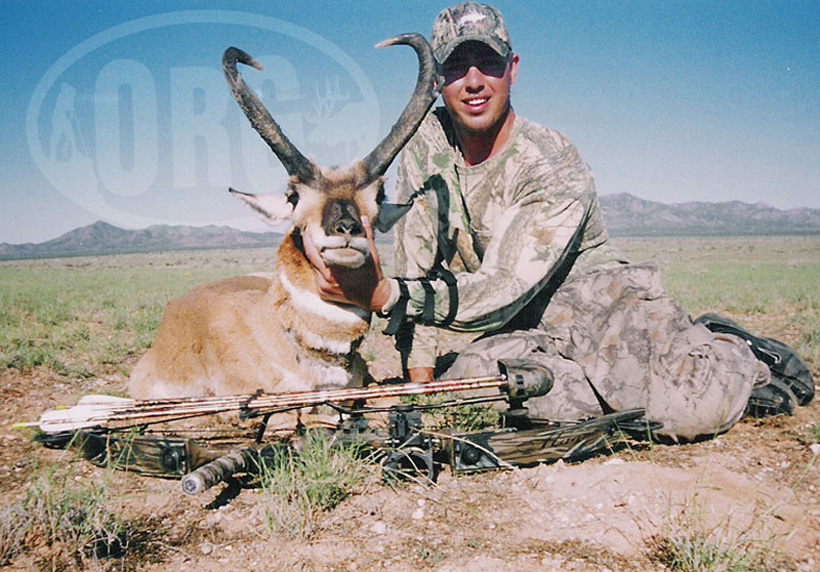 Craig Steele holds up his 80" antelope buck he took with his bow in 2003. Photo credit: ORGHUNT.com

What’s my most successful tactic?

For me, it is what I call spot-stalk and wait. If you are hunting a herd buck, he is generally tough to get to because of all the eyes from the rest of the herd. You have to be patient. 99% of the time, hunters get too impatient and try to make something happen too quickly. Generally, it is rare for a really big buck to bed in a good place to spot and stalk with a bow. This is why I call it, spot-stalk and wait!

In the below video, my sister and I hang close to a herd buck during blazing hot temperatures. We stayed patient and he finally came into bow range while chasing a small buck off. My sister stayed by side because she trusted I knew what I was doing, so this gave her the confidence to stay mentally tough. Remember to bring plenty of sunblock and chapstick. Your body will appreciate it during the long days in the sun.

Wait them out with lots of patience

I prefer to buy time and just hang close. Sometimes this can take days, but eventually you will see an opportunity and something good will happen. Many times, another buck will lure the herd buck away and all you have to do is setup in his path.

Above is a video example of getting close to over 20 head of antelope and just hanging with them. The hunter missed, but we got a great shot opportunity when most would say it was impossible.

Terrain and cover when stalking antelope

Some areas are just not good areas to spot and stalk antelope. The less cover you have, the more stealthy and patient you must be. Sometimes it feels impossible even when it is possible. Remember that your hunt is several days long. It is not based on only one stalk. Try to be patient.

Adapt during the hunt or stay home 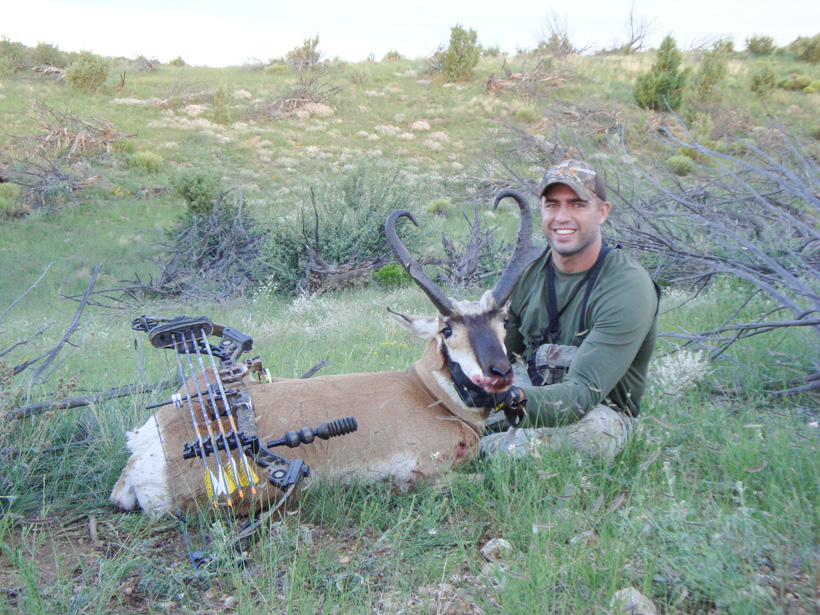 I am not a super hunter, but too many are not willing to adapt. They want the hunt to be perfect and they cannot handle failure or a change of plans. I am here to tell you that if you want to consistently kill trophy antelope with a bow, get use to failure and adapting.

Bowhunting antelope is a mental game. Many times you are hunting in temperatures which will be near triple digits so it is essential that you stay mentally tough and physically prepared. You are typically hunting all day so it is important that you learn to pace yourself.

Thoughts on decoys for antelope

Decoying does work, but not every time. I typically only use it as a last resort, but it also depends on the situation. Antelope bucks can get very aggressive during the rut. Often, I believe that they come into a decoy because of curiosity. They simply see a little flash and they just cannot help it so they come in.

Again, using a decoy is something I never rule out. It’s something that I and many others have done with success, but it’s not my personal number one tactic. I have also never really decoyed in a real big buck, but I am not saying it’s impossible. 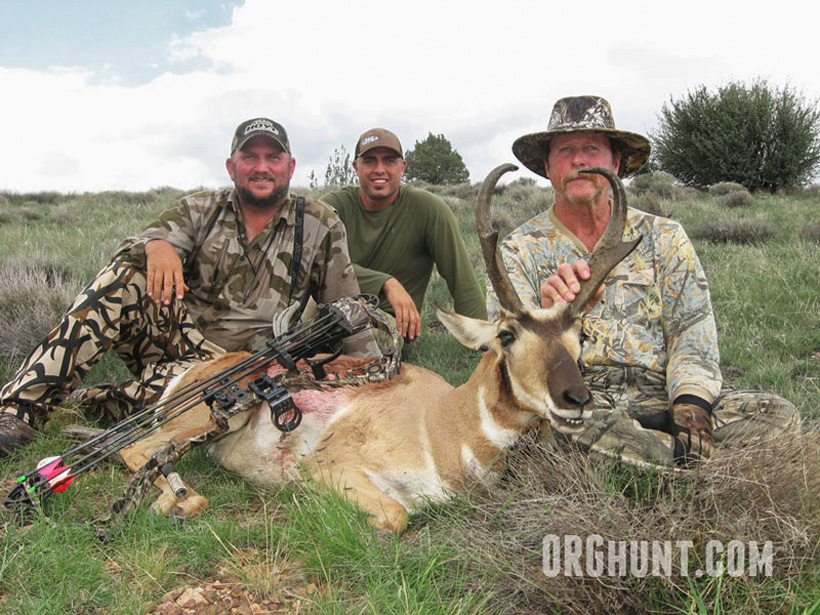 Patrick had a broken ankle on his hunt, but we got close, before using a decoy to lure him closer. Photo credit: ORGHUNT.com

I personally hate sitting water on my own hunts because I feel it limits me to whatever bucks come into the water. I also believe in my own abilities and have the prior experience to understand that I have to keep going because eventually, I will get my shot and hopefully, I will place it right behind the front shoulder.

Sitting water under the right conditions can be very effective. In fact, sitting water is probably the most effective if you just want to kill a buck. When it is dry and you have burning temperatures, the antelope have to get water so it is just a matter of where.

When you get dealt all the right cards

In 2013, while guiding for Exclusive Pursuit Outfitters, I personally witnessed and filmed an awesome event. This was all made possible because we were patient. We hung close to this herd because I knew it was our best chance to kill a buck. The big buck, for whatever reason, had something against one little buck in the group and eventually it cost him his life. Check out the two minute video below.

I have hunted, guided and helped friends on many archery antelope hunts. You get so much experience when you are in the field every year and you learn to be mentally prepared. Most of the time, people just need confidence. We get concerned because of what we may have read or possibly seen without actually having the experience to cast out the doubts. It really can affect hunters who lack mental toughness. 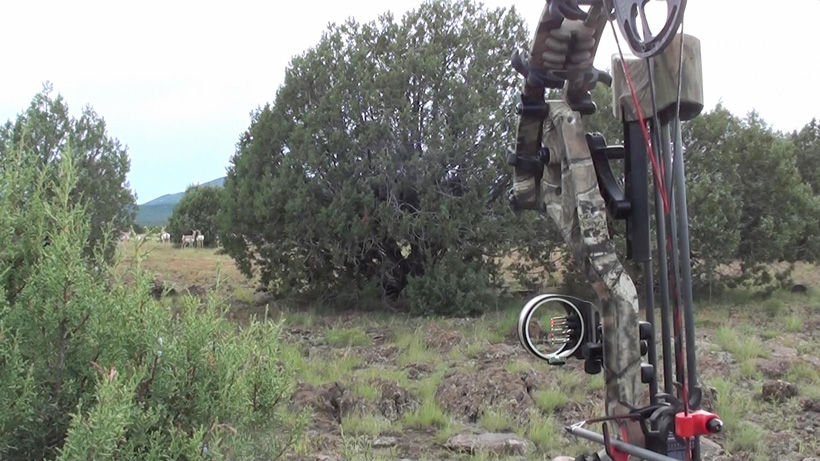 When you are sitting in the heat waiting for that big buck to walk by, I hope you remember to never give up and to stay patient! And one more thing: invest in a pair or two of mechanic gloves or batting gloves. Your hands will appreciate it. Overall, have fun, hunt hard and stay patient! Live it!