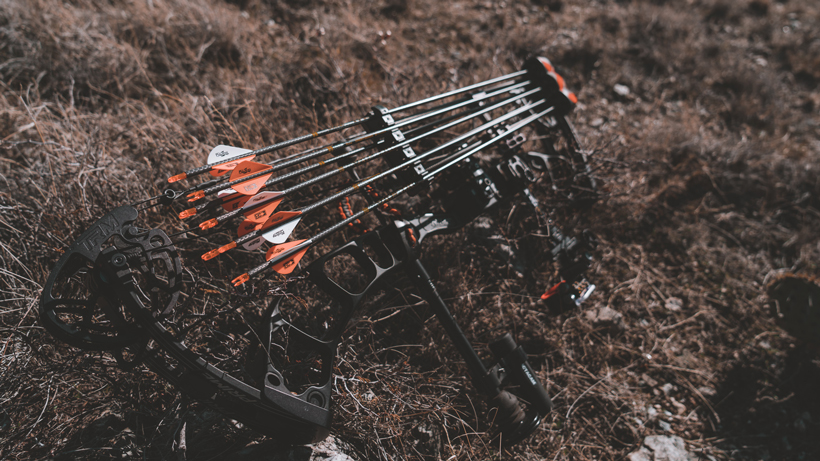 It never ceases to amaze me when scrolling through my social media feeds and I read about someone bagging on another because of what weapon they hunt with. The banter goes both ways, too. It’s not just bowhunters bagging on rifle hunters. Folks that choose to hunt with a bow also get shade thrown at them by the gun hunters. That in itself is quite depressing to me, but it brings up a question. Each of these groups are fighting for their way of doing things and think it’s the best, right? At least they think it’s the best for them personally. Does either conversation on one side or another hold merit though? I don’t want to add fuel to the fire, but maybe if we look at each weapon individually along with the how behind each one and that way we can better understand one another.

Is one weapon truly more deadly than the other? 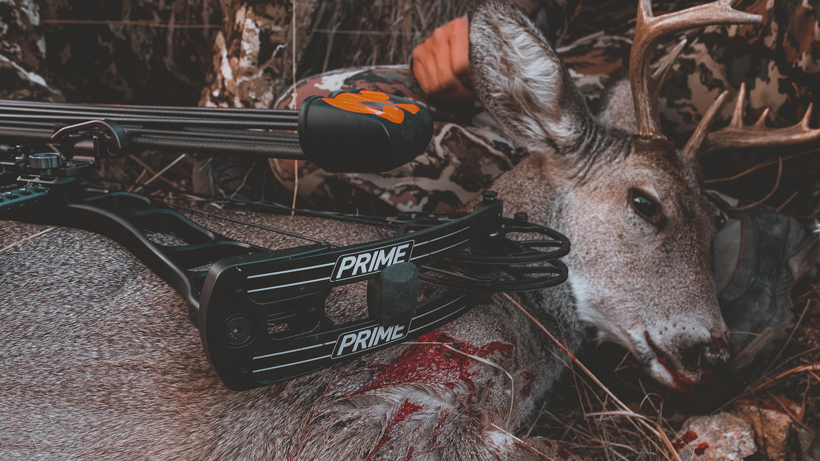 First, let’s take a look at the bow and arrow. Archery hunting is incredibly popular right now. More and more people are giving it a try, closing the distance and connecting on their quarry. Sometimes, I think it’s a bit premature, but to each their own. If someone wants to start out bowhunting right out of the gate, there’s nothing wrong with that. You’ve got to do things the way you want to do them. However, there is something to be said about starting out rifle hunting. I’ve always looked at it as a vessel to more experience, especially for newbies.

If you’ve spent any number of years bowhunting, I’m sure that you can attest to the difficulties that come with doing so. Sometimes, it feels like the stars need to align in order for one of your arrows to turn that beautiful reddish color. The difficulty factor that comes with bowhunting definitely chips away at the deadly part. The weapon isn’t being deadly if it isn’t being shot at an animal. Just getting an opportunity to come to full draw is hard. There was a time in my early years of bowhunting that I’d fantasize over actually pulling my bow back.

Of course, opportunity is going to be a reflection of the hunter’s skills, too. Skills both in stalking/sitting and shooting. With everything on the line and so tense in the moment of truth, that intensity often triumphs over inexperience. It has a way of “putting us under.” Unfortunately, bad things can happen and animals can get wounded. Now, when things do go right and an arrow finds its mark, things can happen pretty quick.

The how behind the bow

In its own right, the bow and arrow’s lethal capabilities are rich in effectiveness. Animal vitals are no match for an arrow tipped with a razor sharp broadhead. Like a horror film, the broadhead slices and dices its way through all of the goodies you need it to and usually leaves a hefty breadcrumb (blood) trail. Following the broadhead’s one way ticket to the danger zone, hemorrhagic shock occurs. This is when the body starts to shut down due large amounts of blood loss, resulting in a heavy pack out after the fact. As deadly as that sounds, though, does it stack up against a rifle? 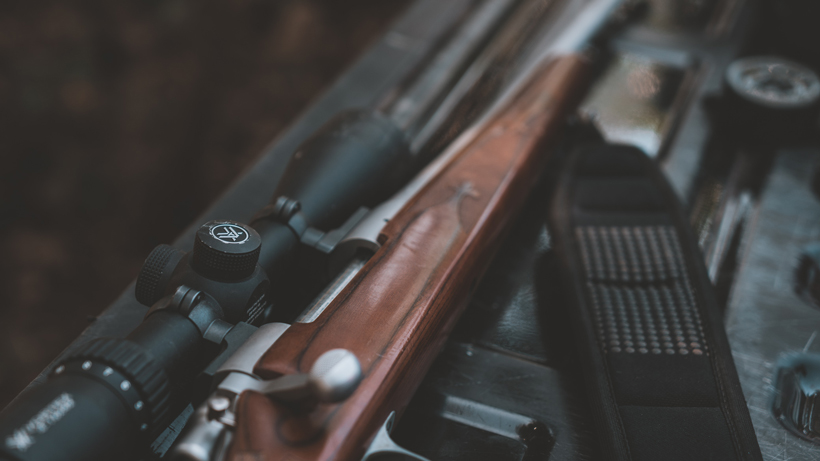 For many of us that grew up in a hunting family, we have fond memories of rifle hunting in our youth. I sure do. Each and every time that I got to get out in the field with my dad and my shiny new rifle were times that couldn’t come soon enough. It was an American pastime and still runs deep today. Bowhunting might be the “cool thing” right now, but that hasn’t kept countless people from picking up a rifle and heading afield. Like I mentioned above, this is not only a great way to hunt, but it’s a fantastic place for beginners to start their hunting journey. Hunting with a rifle not only will give yet another opportunity to get in the field, but success is much easier to come by than with a bow.

The bowhunters out there might cringe a little at this, but all hunting is difficult, including rifle hunting. While it isn’t as difficult as toting a bow, it does come with its own set of challenges. For example, “buck fever” is not absent in rifle hunting. I’ve seen — and experienced myself — even worse adrenaline dumps with a rifle than with a bow. In my opinion, this happens because when you see an animal on a rifle hunt, often, that trigger can be pulled right from your glassing spot. Of course, there are times when a stalk has to occur, but shooting right off the bat is much more common in the rifle game. That’s where I think the adrenaline comes from. The immediate sensation of, “It’s going to happen now.” This ability to shoot from much farther away topped with nerves can have a tendency to cause bad shots. 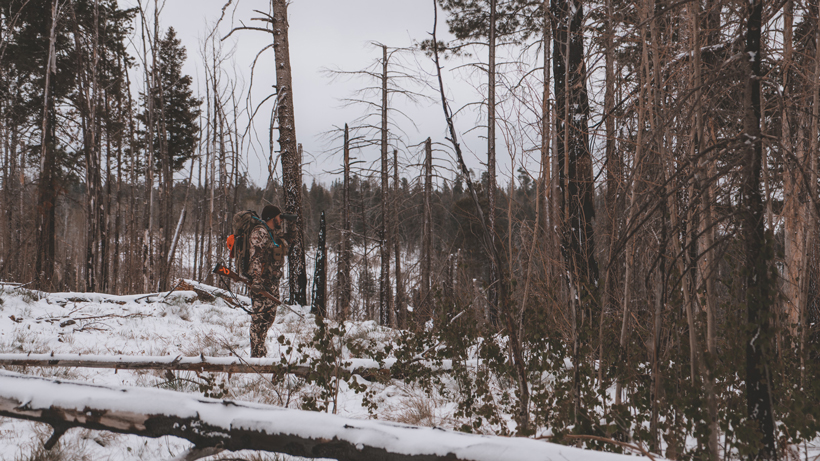 I’ve got to bring up the skill thing again here. Shooting a rifle — and shooting it well — is not an easy task. I give it up to those who are efficient shooters out there. This is especially true when factoring in things like ballistic data. Remembering this stuff in the field in the heat of the moment is tough. On a recent rifle elk hunt I was on, the shooter actually missed the bull completely with his first three shots. This was all due to the shooter not remembering his holdover and aiming with the wrong hash mark on the scope reticle. Having to refer to a chart in the field brings another element of confusion into the mix. Unlike the pins on a bow sight, you can’t move hash marks in a reticle to line up to exact yardages. That can make things harder to remember in the field. Luckily, we got it sorted out and the elk fell on the next shot.

The how behind the rifle

It is impressive when an animal gets anchored right where they stand, right? While it might not happen all of the time rifle hunting, it does happen. That is a calming feeling to know that there isn’t a track job required. If you’ve ever seen the results on the inside of a critter after a bullet passes through that evidence is clear. Pure devastation. When an animal is hit with a bullet, there’s no telling what that bullet will crush in its path. They’ll destroy tissue, break bones and, even, incapacitate the animal. That right there is what will make an animal not be able to run away. Does that make it more deadly than an arrow, though? 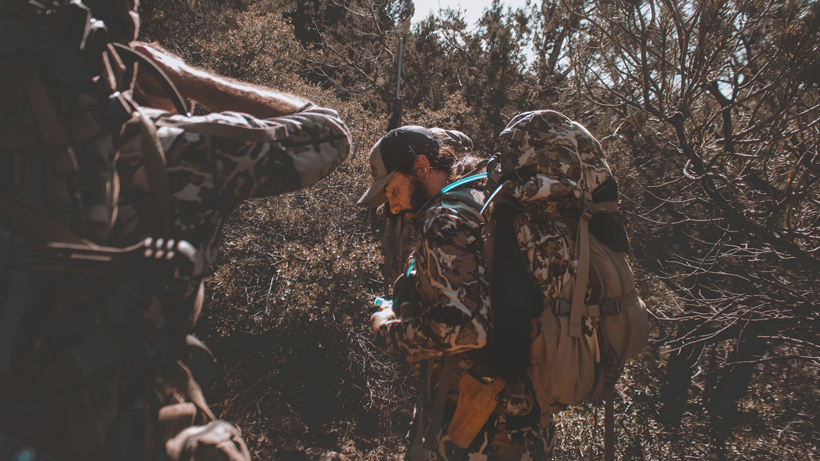 After looking at both sides and taking into account variables with each of them, which is more deadly? My honest opinion on this is going to land on the hunter, not the weapon. The weapon is as deadly as the hunter makes it. It doesn’t matter how fast the projectile is flying or what the potential blood trail will be. If we as hunters can’t put ourselves in the right situation and frame of mind to make it happen, then both of these weapons aren’t going to work better than the other. There are bowhunters who I know that harvest way more animals than rifle hunters I know. And there are rifle hunters who I know that harvest way more than those bowhunters. What does that tell you? It tells me that there shouldn’t be sides to this at all. We’re all hunters — no matter if we chose to archery hunt, rifle hunt or both. Plain and simple.