Benefits of a two-round ammo holder on your hunting rifle 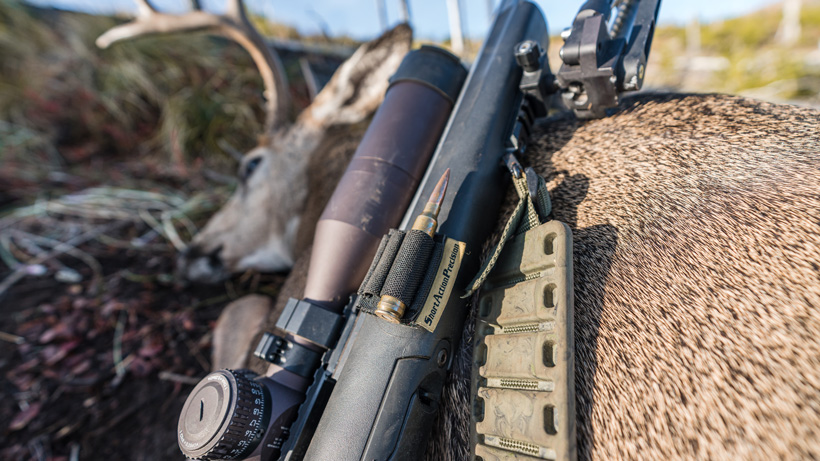 That extra peace of mind when hunting. All photo credits: Brady Miller

There’s something reassuring knowing you have two extra rounds at the ready on your hunting rifle. No matter how much you practice or how much of a slam dunk a shot is, you just never know if you will need a few extra rounds and when that animal of a lifetime is in front of you, you don’t want to be digging around your pockets, searching your bino harness or scrambling in your backpack for extra ammunition.

Several years ago I came across a product made by Short Action Precision called their two-round ammo holder. I decided to give it try on my hunting rifles and now I can’t ever see myself hunting without one. I loved them so much that I’m happy to say we started to carry them in the goHUNT Gear Shop this past year!

Have ammo at the ready! 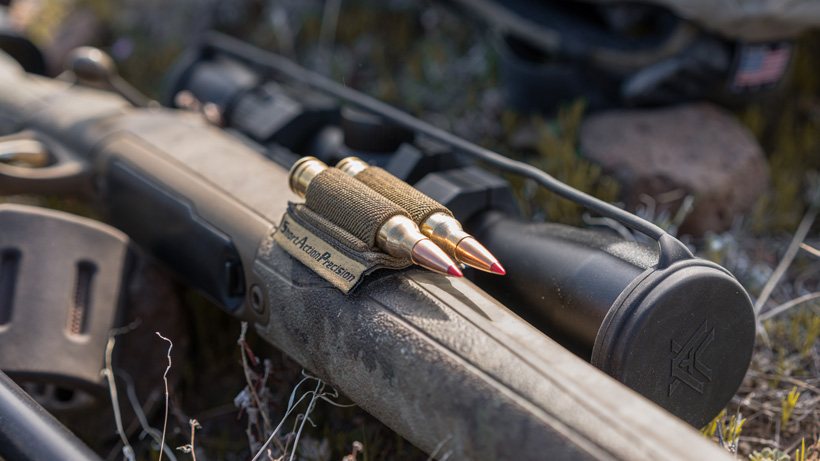 Even while using factory loads in the above image, and a full magazine of rounds, there are still benefits to a two round holder.

One of the biggest benefits I see with the two round ammo holder is the added ability to have an extra round handy so you can essentially have a “float” round. So while you might have two or three rounds in your magazine box, but right before you take your shot you can grab a round from your two round ammo holder and use that for your kill shot. Then you would still have three rounds in your magazine if you do need to take more shots, this would essentially save you time rather than trying to grab an extra round after you initially ran out of ammo. Let’s hope that never happens, but this adds a piece of mind.

Also, the two round ammo holder on your stock is a very natural position to grab a round if you're in any sort of shooting position. You don't have to get off the back of the gun to grab a round, or even worse dig around in your gear. This allows me to essentially keep my eye on the animal and grab another round if needed.

The two round ammo holder comes in two different sizes.

Other cartridges just measure case OD. It's also worth mentioning that the two round holder comes in the option of coyote or black.

How secure is it on the rifle? 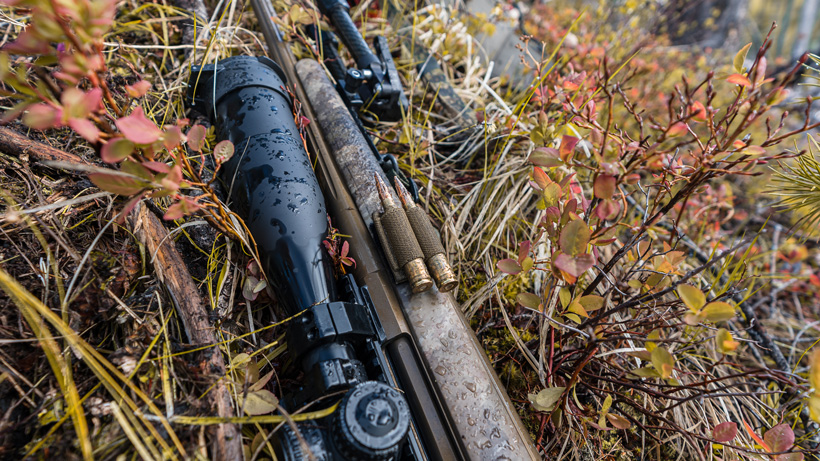 By far the most common question I get asked, is how does it hold up in hunting? And will the velcro strip rip off and you’ll lose your ammo? I will say this will full honesty, I’ve never had my two round ammo holder fall off my gun. The attachment is very secure and is actually made from quality velcro. I’ve busted through brush a hundred times and the ammo holder is still on there, I’ve hunted in below-freezing temperatures, and tons of rain with one more times than I can count and it’s still on my gun.

Applying the two round holder to your rifle

The steps are super easy.

Also, you can check out the video above for a walkthrough of the process. 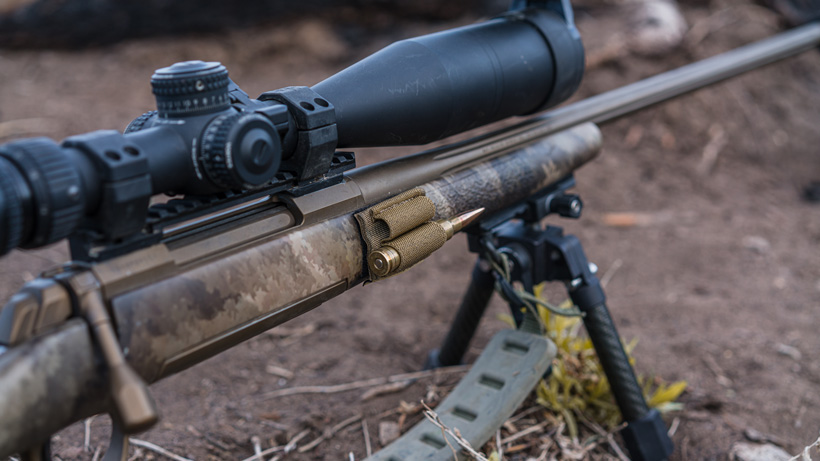 No matter if you hand load or shoot factory ammunition, I fully believe there is no reason to not have a two round ammo holder on your rifle. As I’ve stated many times already, you just never know if you will need to grab another round, and having one in an easy to access spot without taking your head off the gun is a huge benefit.

Shop the Two Round Holder Here