Benefits of NOT shooting a bow all the time 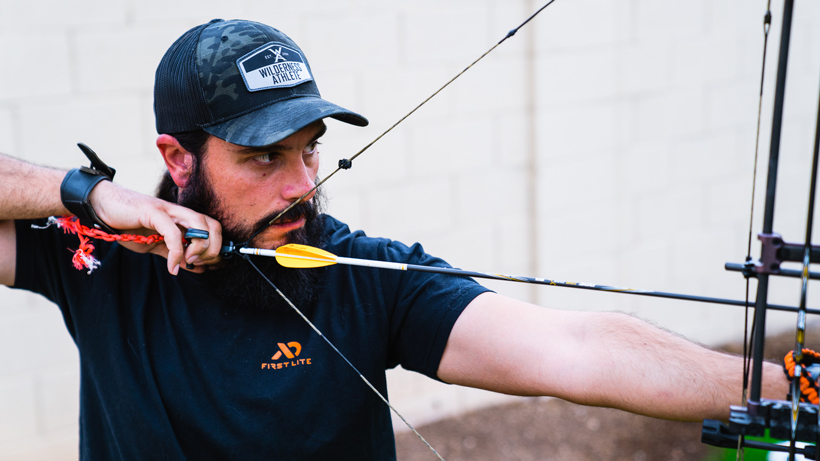 In my first years of bowhunting, I wanted nothing more than to do everything in my power to be successful. From studying maps, scouting trips and physical fitness these things soon became part of my regular routine. Along with all of those things, shooting was also at the forefront of my mind. In the end, we’ve got to make the best shot possible, right? It’s all up to us. So, being the OCD type of person I am, I’d spend hours on hours shooting my bow. When things are new like this, my natural tendency is to jump in head first. You might say I was drowning in my bowhunting pursuits at this point. There is a difference between shooting regularly and shooting incessantly though. Too much of a good thing is sometimes not a good thing at all. Through those years of shooting incessantly, I soon realized that there was actually a few benefits to not doing so.

The first and most obvious cause and effect of shooting all of the time is with wear and tear. Just like anything, the more it gets used, the more natural wear and tear will happen. I can remember years back a bow that I’d have to replace the cables on every four to five months. Because of how much I was shooting, they simply wore out and would untwine from the abuse quicker than expected. On top of dealing with that slight inconvenience, it ended up costing me more money to keep it up. Others I knew that had the same bow never went through these things. The difference was they weren’t shooting nearly as much as I was. 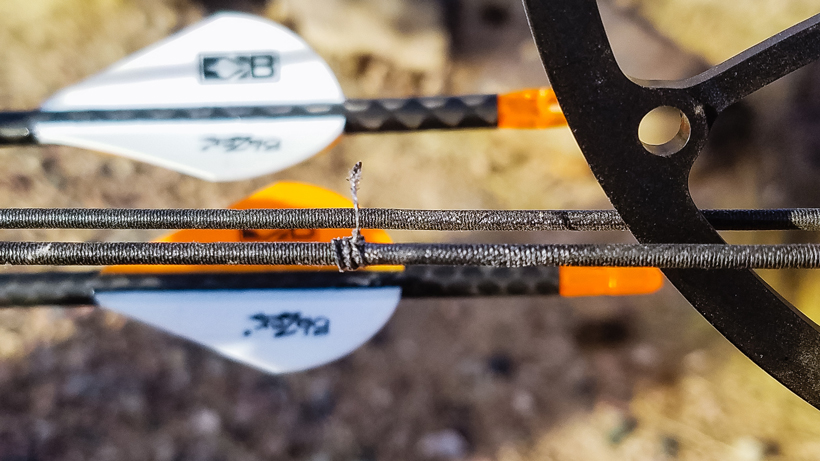 Another area that can experience this natural wear and tear is you. Just like your bow, your body can also start to break down over time. Years back, I had something like this happen and it caused me to not even want to shoot my bow. Every time I drew back, my shoulder would hurt, which then would also hurt waiting for the release to go off. The whole thing was simply due to overuse. I can remember another time where I had a slight injury, but my stubborn nature kept me shooting. This didn’t bode well for the injury and caused me to not shoot for a month. So, if you are feeling something uncomfortable, let it heal before jumping back in. However, I want to point out that with proper physical conditioning, you can mitigate the abuse you put on yourself through archery practice. By exercising those archery muscles, you’ll be able to handle much more. This means more practice with less wear and tear.

Bowhunting is an addiction for me and there’s no way around it. It’s my passion. However, I’d be lying if I told you shooting a bow on a rigid schedule doesn’t start to feel like a chore now and again. Life is busy, especially if you’ve got kids. So, there are times when it feels like the bow almost gets in the way. Suddenly, I’m shooting a bow in the backyard not because I want to, but because I think I have to. And the truth behind all of that is, I don’t have to and neither do you. I’d also be lying if I said that I didn’t want to shoot a bow more as life has become busier for me. Archery is indeed a muscle that needs to be exercised, but there are ramifications for overuse. So, what I’m getting at is there needs to be a balance to ward off the possible negative vibes. Let’s remember that archery and bowhunting are supposed to be fun, not work. 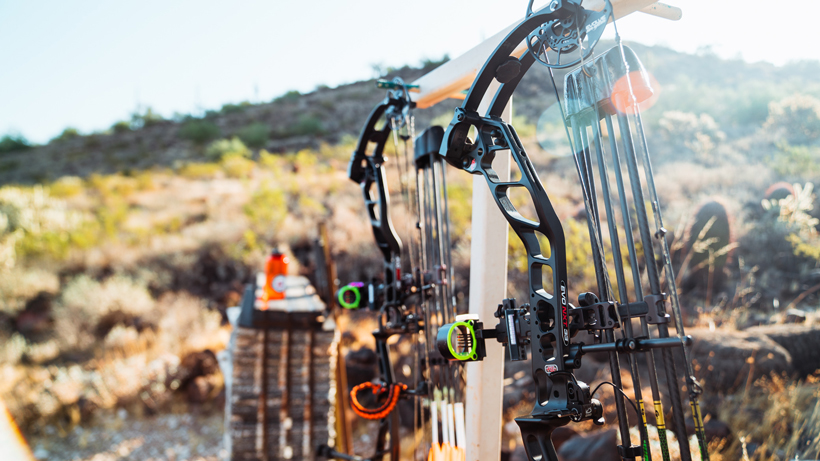 One of the things I’ve realized is how much a change of scenery can liven up archery practice. It gets quite monotonous shooting the good ol’ 20 yards in the backyard day after day. So, head to the archery range. Or maybe just out to the hills with your own target. Change things up to keep things fresh. I’ve noticed I take shooting less for granted when doing things like this. That 20 in the yard is something many of us take for granted I think and sometimes our archery breaks down because of it. 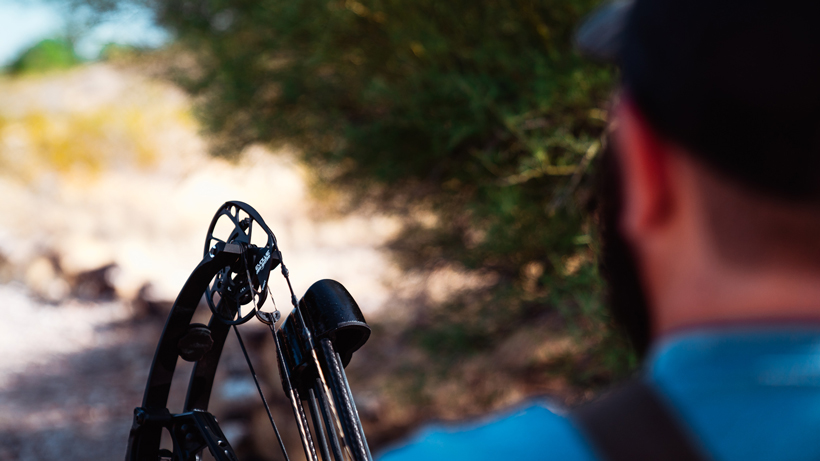 The little things. Little things when paid attention to can add up to big results in the end. Archery is no exception to that. There 100% is a line though. A point in which we start thinking too much about our shooting. How does that happen? A better question would be “when does that happen?” And the answer is shooting too much. When we shoot too much, we often think too much. It’s because we are so enveloped in our game and every little thing is starting to stick out to us. Soon, this overanalyzing starts to make us forget how we got there in the first place. The basics. These basics often get stomped out of our minds by too many details. At least that’s what I’ve found. Heck, it happens and I don’t even realize it. Details are great, but when the rubber meets the road, we’re shooting a bow. So shoot it and stop worrying about everything.

A great way to break ties from this over-analytical storm is to step away. Step away from your bow for a day or two and give your brain a rest. Just that can be enough to hit reset so you can step on the range with a fresh mind. Your buddies can help out too. Instead of being left alone to your own thoughts in the backyard, head to the range with some buddies. Being there with them and having fun is a fantastic way “let go” and reset. 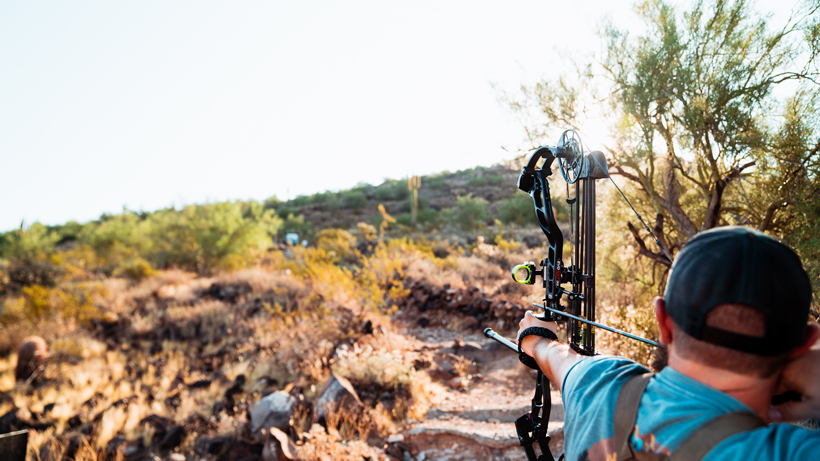 During those early years of incessant shooting, I experienced something that scared the daylight out of me. It was in my parents’ backyard and my brother and I were shooting our bows. All was good until I randomly center punched the brick wall after flinching on the shot. I couldn’t believe what just happened. Never had I ever done anything like that. That fright stuck with me for quite a while and I soon learned it was called target panic.

Target panic comes in a few different forms, but that is for another article. For me, it came in the form of shot anticipation. Because I was shooting so much, I soon started to anticipate when the shot would go off and I’d act accordingly. Like pulling my bow to the side and being done with my shot before the arrow actually left the string. This is a great way to dent up your dad’s brick wall. Essentially, I trained myself to do this and didn’t even know it until it bit me. Target panic is really hard to break and some folks never do. Luckily, after a lot of work, I broke it. It didn’t come without many broken arrows though. Nowadays, I make sure I don’t overshoot, to avoid creating bad habits like target panic.

To round it out 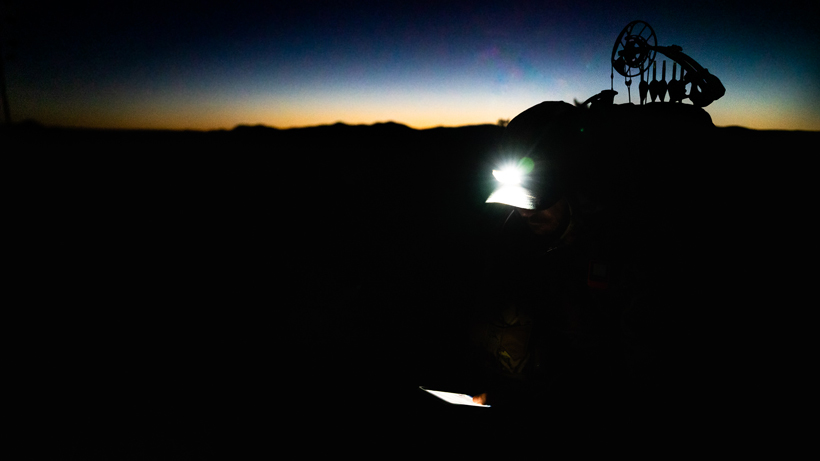 The thirst for success in bowhunting is a prevalent one. Hunters across the country train year round for these archery seasons, and I personally love seeing that. So much love for the bow and arrow, it brings a smile to my face. I’m right with them. There is a phrase though that is “a little goes a long way.” That hits home with this stuff. I’m not telling you to not shoot your bow every day. If that brings you happiness, then do it. What I am saying is pay attention to how much you shoot that bow every day. You might be doing more harm than good.

Some important archery-related articles that are worth the read: