Beat the fever in bowhunting 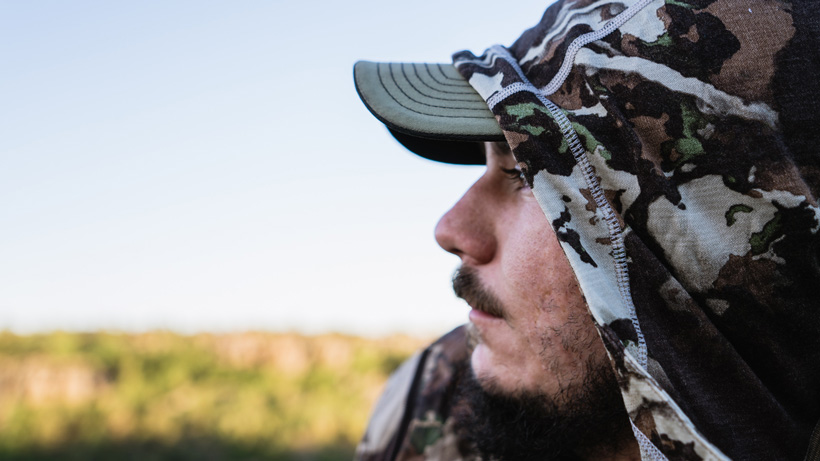 As my brother was raking the tree behind me, I caught movement to my left. Antler tips were slowly bouncing their way through the dense vegetation, much like watching a bobber on a windy day of fishing. My heartfelt like it was going to bruise my chest from how hard it was pounding. The 6×6 bull elk walked behind a tree and that was my signal. Slowly, I drew my bow back and waited for him to walk out the other side. As if he was listening to my thoughts, the bull indeed cleared the tree. Broadside, he stood there, looking for his adversary. Before I knew it, the arrow was gone and I heard a thump. I watched as the bull ran off with an arrow way too high with almost no penetration. It was a crushing picture. All the while, I couldn’t even remember what pin I aimed with. Essentially, it felt like I mentally blacked out. The “fever” got me on that day and, since then, I’ve learned a thing or two about keeping my cool. 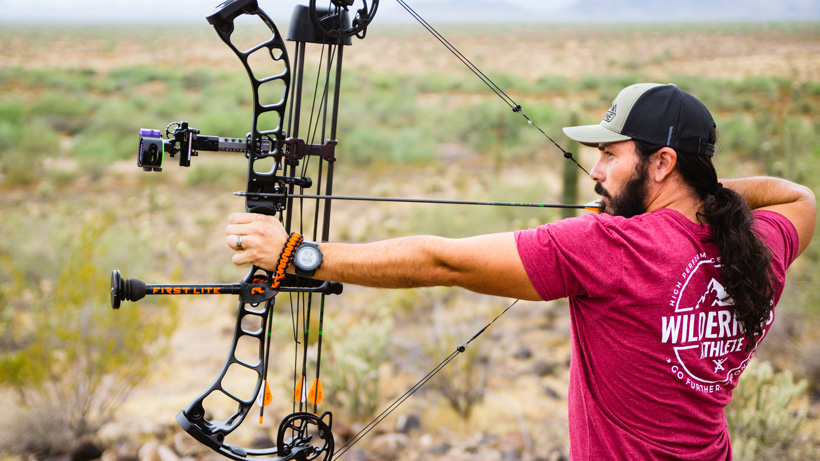 The “fever” is something that I think all of us have experienced here and there. No, I’m not talking about the fever that happens when you’re feeling under the weather. I’m talking about what has famously become known as “buck fever.” When I was a kid, I thought it meant that you had a hankering for bucks! So, I thought I always had buck fever. As the years clicked by, though, it became all too apparent what it really was. Buck fever and I were first introduced by way of an old mule deer buck that sauntered by me at a mere 10 yards and caused my bow to not even raise out of my lap. It almost felt paralyzing. Buck fever is when your nerves get the best of you. Thinking straight is out of the question, your movements are inhibited and reasonable action flies out the window. It’s a naughty dog all the way around, but it can be tamed with some effort. 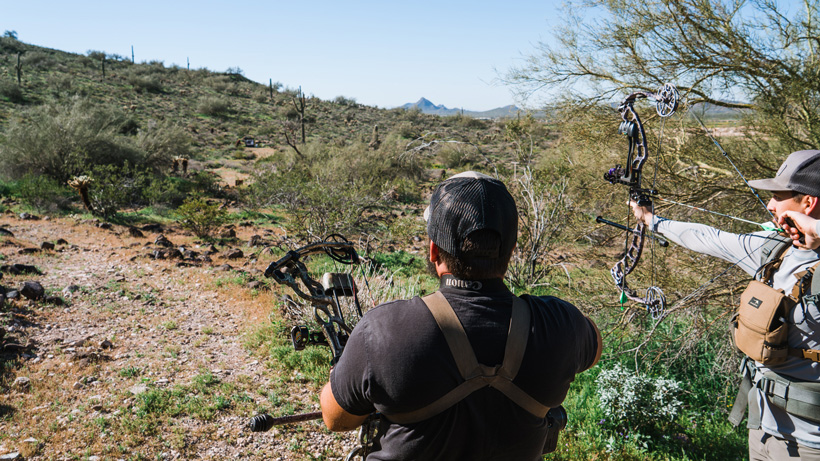 It’s kind of hard to “act like you’ve been there” when you’ve never been there, right? While that may be true, it doesn’t mean it’s out of the question. A way that I’ve found to mitigate the fever is coming up with a shot routine; a process to focus on that will take me away from the intensity of what’s going on at the moment. Whether you do this with a bow or rifle, it doesn’t matter. The point is to come up with a set of things that you do before making a shot. Maybe, for a bow, it’s something like attach release, pick a spot, draw, anchor, bubble level, breathe, pull, pull, pull. Or for a rifle it’d be something like tuck the stock, find the animal in scope, settle on the spot, turn off the safety, pull, pull, pull. Those are just examples and all of us are different. The fact of the matter though is that in terms of shooting, you have been there. You know how to pick a spot, aim and hit it. There is no reason why that can’t be applied to an animal in the hills. Your target can move, yes, but the process is the same. 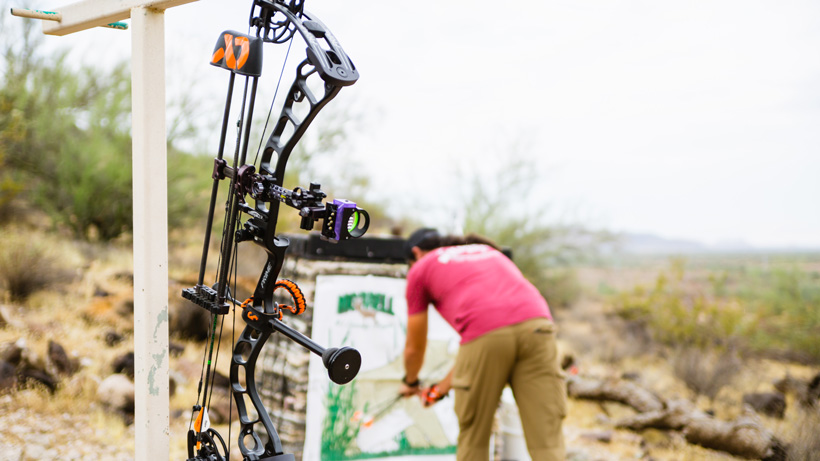 Bowhunting situations can be at an all time high in terms of intensity. The pressure is on and it’s easy to let that pressure get to you and cause one to fudge a shot. The best way to train for a specific thing, though, is to apply training specific techniques. How do we replicate that pressure experienced on archery hunts? One way of doing so is by adding a little bit of friendly competition between you and your buddies at the range. Set up a contest and have a shoot off. Maybe it’s a long distance shot or whoever has the highest score at the end of a 3D shoot? Throw some money down so there are actually consequences to messing up, too! It doesn’t have to be hundreds of dollars or anything. If no cash is on hand, who doesn’t love a free dinner? Make it so the loser buys the group dinner that night or everyone coffee afterwards. Whatever it is, set some rules and stick to them. This is a great way to not only practice under pressure, but also have some fun at the same time.

Along with being immersed in the pressure that these intense bowhunting encounters provide us, there is also an element of exhaustion. Hunting is no easy task and pulling back on an animal after beating yourself up for a week is much different than pulling back on the target in your backyard after a turkey sandwich. Doing things like shooting after a workout are great. This will cause a hunter to have to shoot with exhausted muscles. Suddenly, pulling back that bow isn’t as easy, not to mention aiming. Someone could also take this into the cardio end of things as well. Doing so will enable you to practice shooting with an elevated heart rate. Maybe, run to pull your arrows and run back to your shooting station? Or do 10 burpees before each group you shoot. If you shoot five different groups, that’s 50 burpees. This will absolutely add a different element of challenge to your shooting. It might all sound funny and there may even be a fear of looking ridiculous; however, this stuff does work. When you’re standing over your quarry at the end of a blood trail, you’ll be glad you looked ridiculous for a bit. 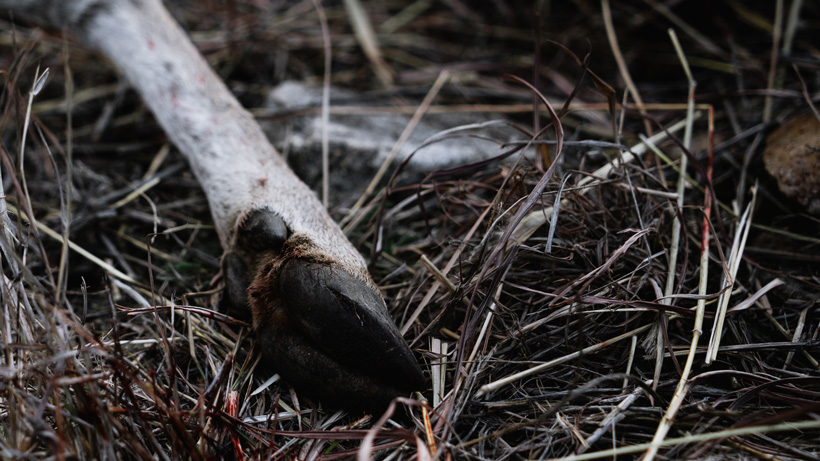 One of the beautiful things about bowhunting is that you never know what the encounters are going to look like. Who knows how close that bull elk will come into your call? Or what day that giant buck beds in a spot that is stalk-able. No, it’s a never ending journey filled with unparalleled experience. And while the best teacher is that very experience, it doesn’t hurt to try and get ahead of the curve a bit. We put work into all other aspects of our hunting: shooting accuracy, scouting, staying in shape, etc. Why wouldn’t you want to exercise the muscle that is beating the fever? Doing some homework like this beforehand is a good thing. By doing so, a person is more on the side of setting themselves up for success. And in an activity that is filled with only so many opportunities each season, making the most out of those is in everyone’s best interest. The fever is real. Whether it gets the best of you or not is up to you.