Backpack Hunting Checklist: Things That Fly Under The Radar 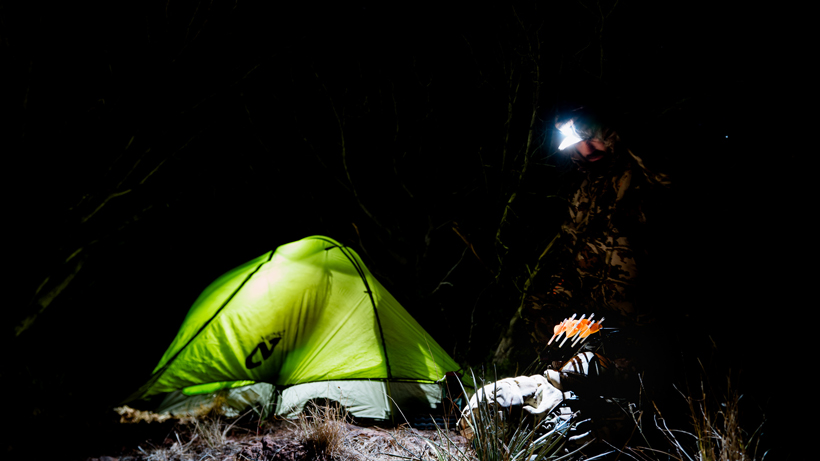 Right about now, there are more than a few of us getting ready for upcoming backpack hunts. Now is the time to make sure your ducks are in a row and things are as they should be in terms of gear, scouting, shooting, etc. In preparation for these backcountry hunts, it isn’t uncommon for folks to put together gear lists or checklists to refer to before heading out. Items on that checklist are things like sleeping bag, shelter, stove – you get the picture. While common items like these are important, there are other things that tend to fly under the radar whether it’s gear items or just things to do before putting boots to the ground. So, for this piece I’m going to go through some lessons that I’ve learned from a few of the “not so thought about” when preparing for a backpack hunt.

I remember on a particular fall deer hunt I forgot to check the expiration dates on my food. My failing to do so left me with quite a bit that didn’t get eaten out there. Food that had passed its life expectancy and left me hungry. I wasn’t about to take a chance and eat that stuff out there and risk getting sick. So, I toughed it out and was all of a sudden on a diet. It wasn’t something that was a deal breaker for my hunt, but I sure wish I could have eaten some more out there on the hill. Now, I pay much closer attention so I’m not left fantasizing about protein bars. 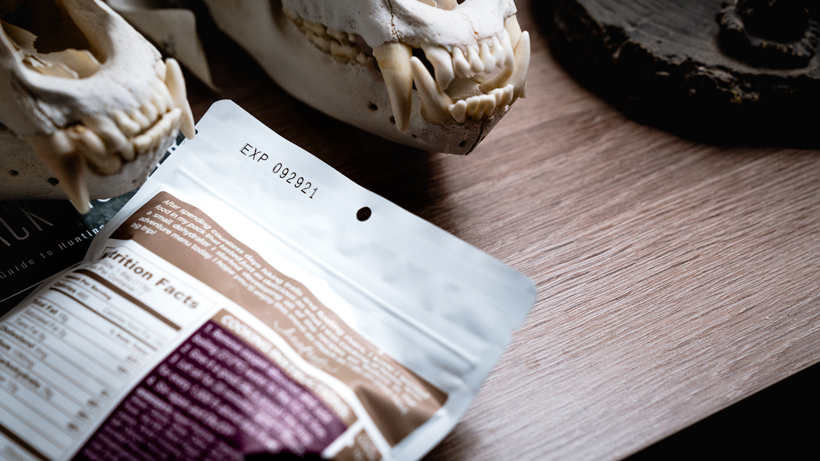 This doesn’t just stop with food either. There are expiration dates on all sorts of things that we carry. Stuff like medicine and water purification tablets are others to consider. It doesn’t take long to check this stuff beforehand, but these are things that most don’t pay too much mind to. How often do you look in your first aid kit? I know I don’t do that often at all. After making sure my ibuprofen is restocked, it gets shoved down into the bottom of my backpack. And water purification tablets rarely get used by me as I have a filter that takes on the brunt of the work. Unfortunately, you don’t need something until you do. Check those expiration dates to make sure everything is up to snuff. 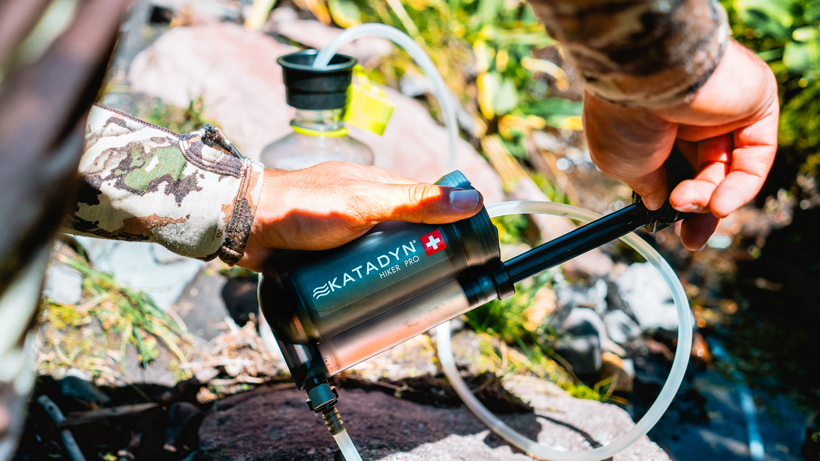 On a recent October elk hunt in Idaho, the temperatures dropped down pretty low for us. Creeks froze over, snow fell and it was a pleasant introduction to the coming winter. While we were prepared, our gravity type water filters weren’t. They froze solid hanging there in the tree. For those who don’t know, most water filters cannot withstand being frozen. When water freezes inside, it expands and then will crack the fibers in the filter. This results in the “nasties” getting through. It was towards the end of our trip, so we just boiled water for drinking and were all fine. This is something that definitely got a remodel after the fact. All of those filters had to be replaced. If something like this has ever happened to you in the field, replace those filters right away and don’t chance it. By taking care of stuff like this sooner rather than later, you won’t risk forgetting before the next hunt.

Another water filter check before going hunting is just making sure the water flows through the filter. I know that sounds basic, but it can put a stop to the water tap. On several instances, I’ve experienced clogged or super dirty filters in the field and wished I had checked before leaving. When this happens, it makes it very difficult for water to flow through the filter. You’ll either not be able to get any water or it will be a very slow trickle and take a lot of time. That’s time that could be spent hunting. So, whether it’s taking the time to backflush or simply replacing the filter, make it happen. You’ll be glad that you did. 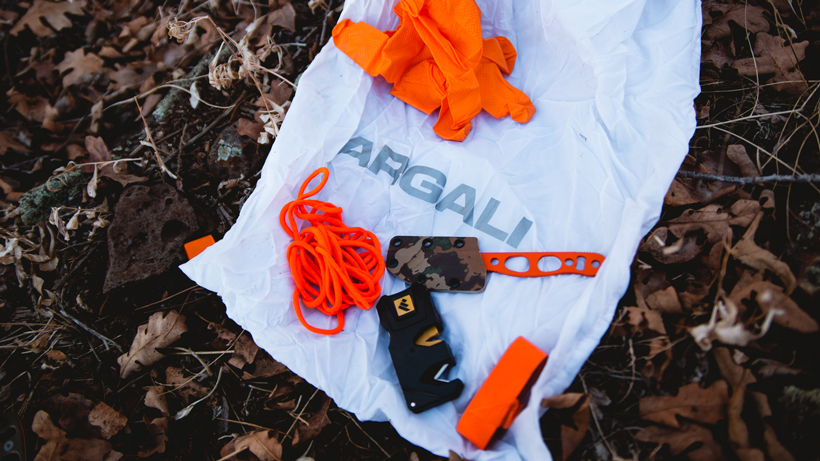 It’s always nice when something hits the ground. All of the hard work, preparation before season and sweat spilled lies before you in the form of that big bull, bear or whatever you were after at the time. Our kill kits finally get to come out and play. Knives are sharp and game bags are at the ready. This is a time that I always try to soak in. For most hunters, that kill kit only comes out a few times a year. or that reason, it often soars under the radar we’ve been discussing.

While it may sound quite obvious to cover things like making sure you have your knife and that you’ve got game bags, it doesn’t change the importance of them being ready before the next hunt. On the knife front, a field sharpener will get one by in the field, but nothing works better than running that knife through a motorized belt type of sharpener. I’ve used the Ken Onion from Worksharp for years. For game bags, we need to make sure they are not only clean/new, but that we have the right size and quantity for our hunt. You don’t want to have an elk down on the ground just to realize you’re short on bags. Rubber gloves also need replacing as does any paracord or flagging tape that may be running low. These are all areas that either I or my friends have neglected in the past and should have paid more attention to for upcoming hunts. It stinks getting out in the field and realizing you forgot to take care of things like these. Kill kits don’t get used every time, but they sure are nice when they’re in perfect working order.

When we’re out in the backcountry, we have what we have. And while one of those things may be a charging block for our batteries, it only lasts so long. So, making sure any and all batteries have been fully charged or replaced is another thing to pay attention to. Having backup batteries ready to go is something else to note. On one hunt in particular, I was packed in for black bears here in Arizona. After arriving at camp just before dark, it turned out that my headlamp had turned on inside my backpack. With darkness falling quickly, I was lucky I had some spares to light the way. If not, I would have been navigating with my cell phone light. 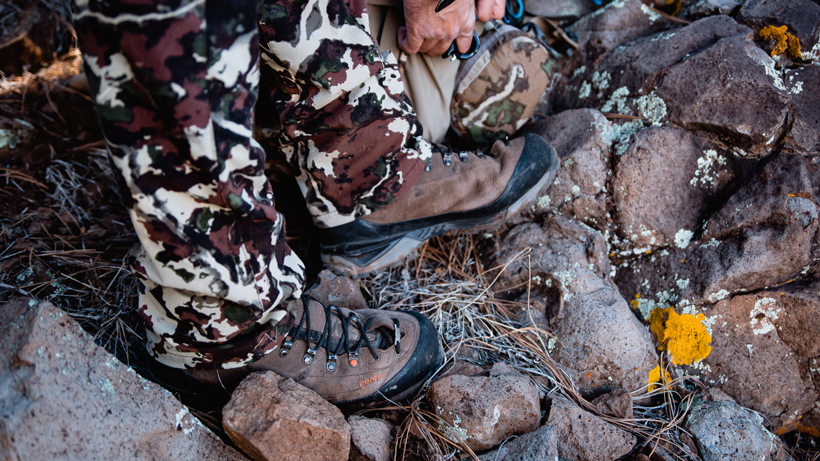 It’s easy for batteries to fly under the radar because, for the most part, we can’t see them. They’re either built into gadgets or are laying dormant under a removable lid of said gadget. For the batteries that we can remove, I try to make sure that they are all the same batteries and will work for multiple pieces of electronics. This doesn’t always work out, but for the most part, it can be done. For me, it’s AAAs. I know that a spare set of AAAs will cater to both my headlamp and little lantern for my shelter. This makes it so you don’t have to carry multiple types of batteries in your pack.

On an early and balmy morning here in Arizona, a good buddy and I laced up our boots and set our sights east. It would be a nice 10 mile round trip and 2,000’ elevation gained rip into some prime bear country that we were scouting for the coming August. Going up was fine and the country did not disappoint. Coming down though? That was another story entirely. Each step I took made me cringe as the nail on my big toe kept hitting the wall of my boot. I was glad when that hike was over.

Clipping your toenails before heading down the trail with a loaded pack is not a tip I have heard from other hunters before. Nonetheless, everyone is susceptible to it and neglecting to do so can be fairly annoying. At the very least, having an ultralight little nail clipper with you in the backcountry can make your day go by much more swimmingly if you do forget to hack off those claws before the trip. 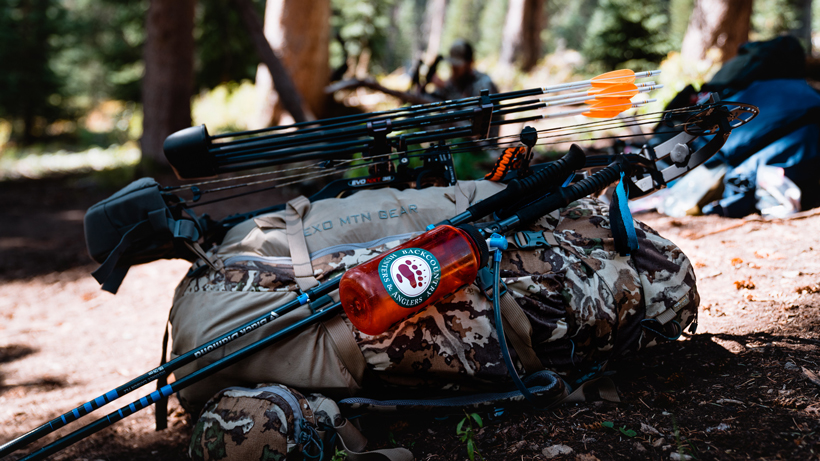 Backpack hunting is the ultimate adventure and there is nothing like heading into the remote wilderness and living for a stretch. The possibilities seem endless and the backcountry is your oyster. There is no punching clocks, morning traffic or kitchen stocked with whatever you want. It’s you, your backpack, weapon and enthusiasm. The backcountry life is indeed a simpler life than back home, but it doesn’t come without its to dos. Preparation is key and doing so beforehand will lighten the mental load come game day whether we’re talking about staples like sleeping bags or the “not so thought about” like clipping your toenails. Each holds their own set of legitimacy. The lack of achieving those small things can have a big impact on your hunt.