Antelope: A western hunt for all 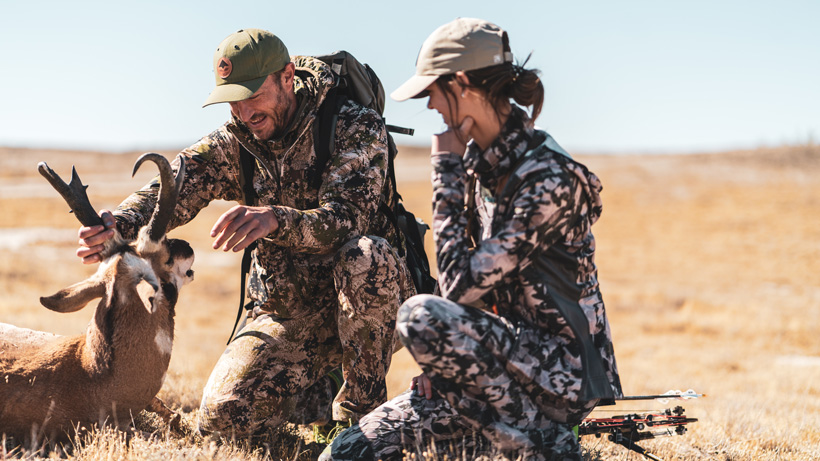 Antelope are often called the fast food of the West and can reach speeds of up to 60 mph. Their oversized eyes can see over 300 degrees and they easily spot movements multiple miles away. Their home range spans from southern Canada to Texas and from California to a portion of the Midwest. 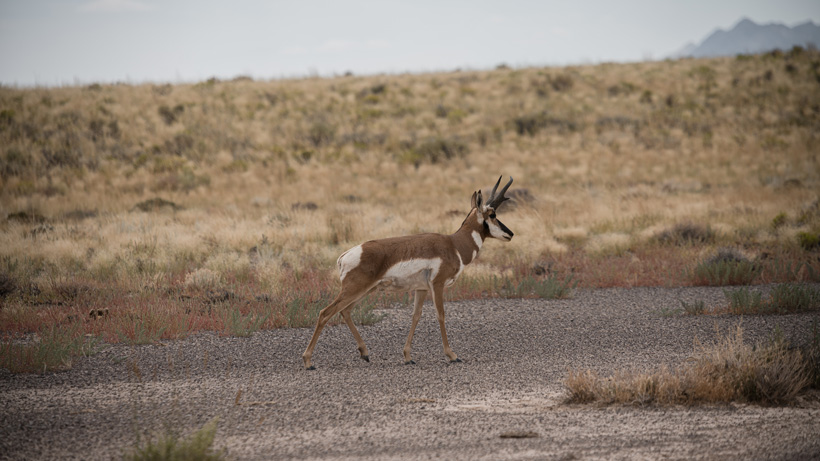 Both bucks and does thrive in habitats consisting of grasslands, sagebrush, agricultural land and, really, any other open terrain that allows them to use their speed to obtain a quick escape from hunters and other predators. A lot of times antelope share their home range with cattle and are commonly seen ducking under fences to move from pasture to pasture. In many western states, populations are relatively stable and hunting them can be a blast for hunters of any age and skill level. Rifle antelope hunting is a hunt for every age, every strategy and every skill level, and is a welcome adventure after a brutal September of archery elk hunting. 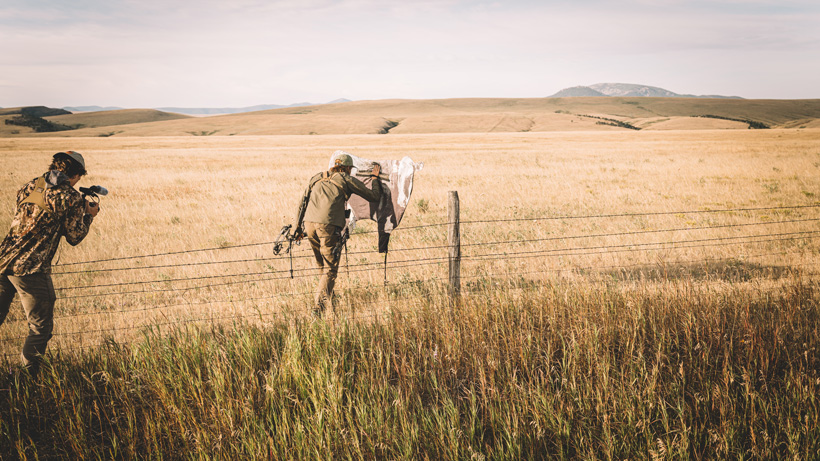 Typically, most states have an archery season, muzzleloader season and rifle season for antelope. During the earlier seasons when you need to be within a hundred yards or less for a shot, sitting on travel corridors, using terrain for stalks, using decoys to stalk or sitting on a frequented water source may be your best option. During rifle season when you need to get within 300 to 400 yards to make a shot, you have a lot more options and should be seeing antelope anytime throughout the day. Many of the older and youth hunters choose a drive and spot type hunt, which allows them to cover miles and miles of backcountry roadways. Driving either a highway vehicle or all-terrain vehicle (when permitted) can be a great way to see lots of bucks and doe daily; however, they will still likely be a ways off and require a stalk to get close. Overall, many hunters are successful this way. Yet, it is not my preferred method of hunting, especially not on opening weekend when most people out there are dressed in orange and doing the same thing. 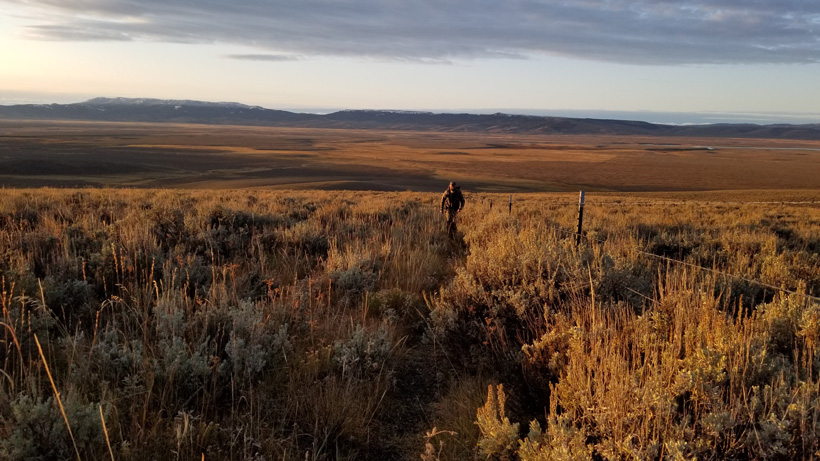 All other photo credits: Jake Horton

Instead of driving around and trying to spot antelope, I prefer to use those hunters to my advantage. To do this successfully, you just need to find a spot that is at least one to two miles off any road, hike back and practice patience. Eventually, other hunters will bump antelope your direction and, if terrain or vegetation allows it, stalking within rifle range is a lot of fun. During the opening weekend of rifle season, most antelope are deep in the rut and have not been overly pressured, especially not from a weapon that can shoot hundreds of yards. They seem to know that they are the fastest animal out there and let you get within a few hundred yards without getting too nervous -- at least some of the time. Once you get to a distance you are comfortable with, then it’s important to get within a good range and make your shot count. If the terrain doesn’t allow good stalking, then a more patient technique may be your best bet.

If you are a hunter who is capable of hiking and willing to get off the road, then your success during rifle season will go up tremendously — even in the flattest of terrains. Hunting opening weekend of antelope season can be a hunter’s best opportunity — if they are willing to get off the roads. Since so many people seem to choose to hunt near roads, heading to a deeper section of the public land will prove to be your best bet. Set up near fence line intersections and wait for other hunters to push the bucks near you. Be sure to bring enough water and snacks because the sun can be brutally dehydrating and snacks never hurt. Patience can definitely pay off with a rifle and did so for me this year. 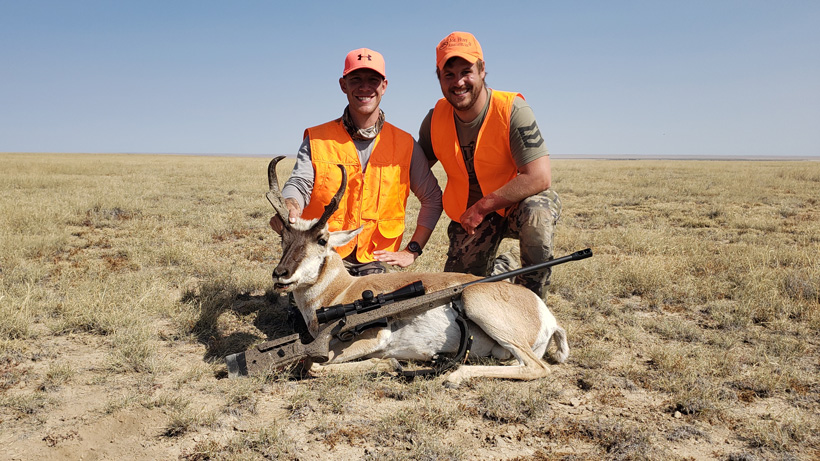 This year, in Colorado, I was blessed to go antelope hunting along with some good friends, Jared and Tyler. Hunting in pairs allowed us to be near each other, but not on top of each other and still have the comradery of hanging out. We ended up finding a deep open travel corridor nearly three miles from the nearest road that allowed rutting herds to move between the fields and away from hunters all day long. I shot my antelope at about 200 yards around noon on opening morning as he moved through the corridor. While we were butchering it, a group of eight more came through the same path and Jared made it count on a nice buck at 130 yards. Waiting for antelope to come by you instead of trying to stalk definitely can work— especially on opening weekend when every rifle hunter and their cousin seems to be driving the roads in search of an easy harvest. This also may be your only technique if the terrain or vegetation is not conducive to stalks. 2020 was very successful and we all ended up tagging out by 2 p.m. on opening day after being into antelope all day long. 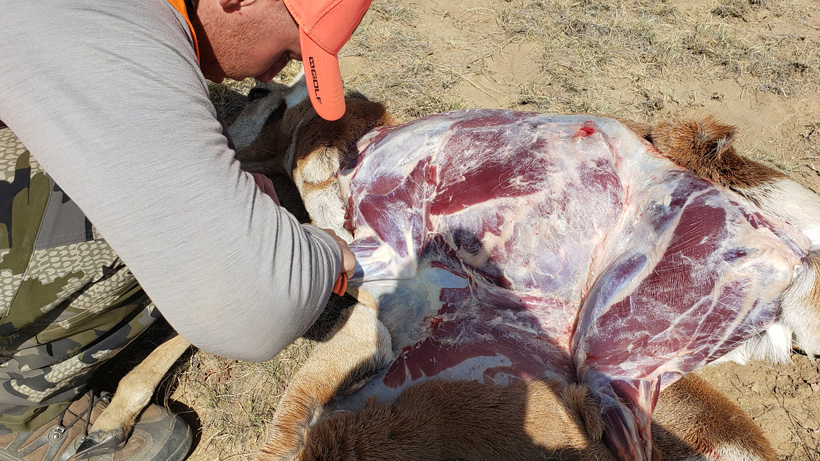 Overall, rifle antelope season is a blast and a higher success hunt in most areas. I highly suggest using this season as a time to take a new hunter afield. Have a solid rifle, get off the roads and be patient; you will have a good chance for it all to come together. Nothing is more fun than hiking flat miles, hanging out with some good friends and seeing animals all day long. If you are unable or unwilling to hike, you can also have moderate success by driving around and spotting bucks, then making stalks or being patient and waiting for the buck to come your way.

Using the research tools on INSIDER makes finding an antelope hunt extremely easy. When you combine Draw Odds with Filtering 2.0 and goHUNT's 3D maps you have a big leg up to planning out a hunt that meets your needs and points.

An antelope hunt is one of the greatest western introductory hunts you can do with a new hunter since you can see a long ways, animals are prevalent and it’s easier on the body.